The Sony Xperia Z2 has a 5.2-inch screen. That’s a bit bigger than its predecessor the Xperia Z1, and both of its top rivals this year, the One M8 and Galaxy S5.

It’s an LCD-type display, but offers a bunch of upgrades over last year’s model. Both phones are branded with Sony’s Triluminous display badge – something initially used to describe Sony’s TVs – but this new model also has the Live Color LED tag.

This means it uses blue backlight LEDs rather than white ones, with the aim of being able to produce richer colours. We weren’t that impressed with the Live Color tech in the Z2 Tablet, but it’s a fair bit better here. Colours are rich and vivid, making the interface look very lively and vital. 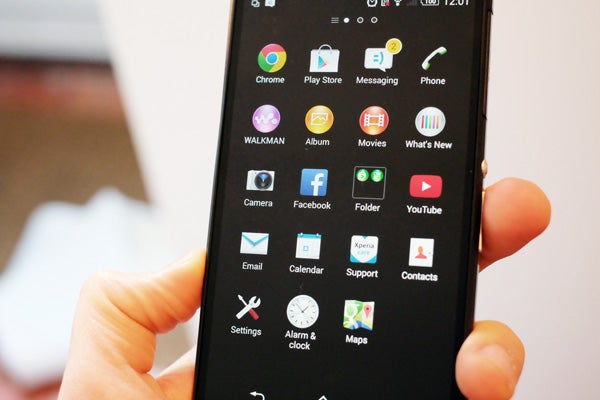 Live Color LED is sold in some quarters as a way for LCD tech to offer the wide colour gamut of OLED screens. However, this is a somewhat strange aim, in our view. LCDs should try to emulate the black levels and contrast of OLED, not its colours, which are prone to oversaturation if not controlled very carefully.

Still, expert calibration sees the Xperia Z2 offer better colour accuracy than the HTC One M8, with better colour gradation giving a slightly more natural look to people’s faces when wathcing video. It’s not as good as the truly impressive accuracy as the Movie/Cinema mode of the Galaxy S5, though. For watching films, the S5 still wins.

Pixel density takes a slight hit this year, but that’s only because the Z2 has a slightly larger screen than its predecessors while keeping the same 1080p resolution. The Xperia Z2 still has a seriously sharp screen. We will see higher resolution phones appear over the next 12 months, but the benefit will be minimal at this 5-inch size.

Contrast and viewing angles are also excellent, better than both the Xperia Z1 and the HTC One M8. The latter in particular is a big win for Sony.

However, the Galaxy S5 proves stiffer competition. Its top-notch Super AMOLED screen brings black levels the Xperia Z2 still can’t match. In daylight you won’t notice the difference, but put the phones in a slightly dim room and you can see where LCD tech still has some room to improve. To demonstrate: 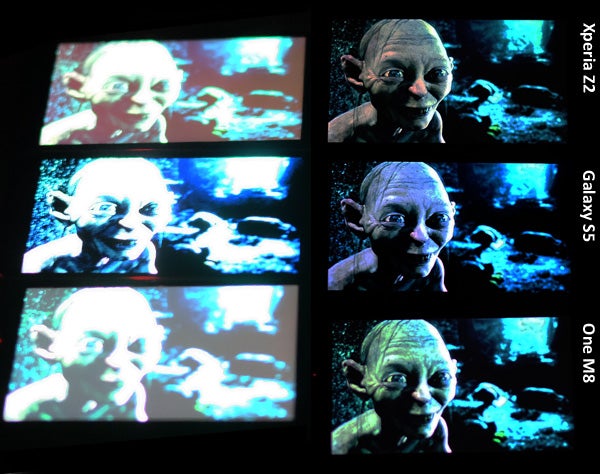 You can’t beat OLED blacks, but the Xperia Z2 does a bit better than the One M8

Bringing things back down to earth a little, the Xperia Z2 has an excellent screen we’d be happy to watch a movie on. It’s high-quality, it’s big and it’s bright.

There are also a few image-customising modes on offer. The optional X-reality Engine mode jazzes up your videos and photos by increasing colour saturation and contrast. However, in use it only serves to reduce accuracy. It introduces the radioactive reds we were afraid the Live Color LED tech would introduce when watching video. And while it makes photos pop that bit more, this means they’ll only look duller should you view them on another screen or print them out.

Sony also lets you tweak the white balance of the display. The Z2’s settings menu offers RGB sliders, letting you give the display a warm or cool hue if that’s what you prefer. Dealing with actual red green and blue sliders is nowhere near as accessible as the sort of ‘cool’ and ‘warm’ slider offered by rivals like Nokia. But most of you should be perfect happy with the screen fresh out of the box anyway. This one is for the tinkerers out there. 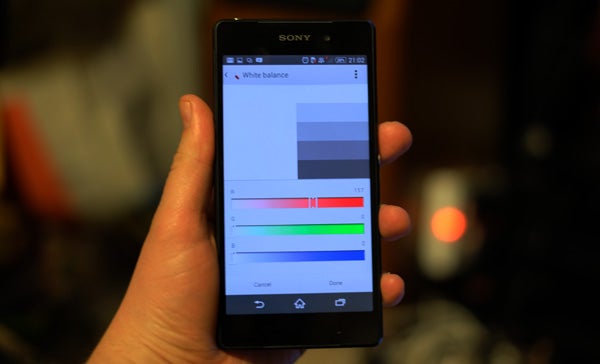 As is the norm, the Xperia Z2 has an adaptive brightness setting that ramps up the backlight’s intensity when you’re out in the sun. It works well, and while the screen is pretty reflective, there’s enough brightness on tap to deal with outdoors use.