The Xperia Z1 offers strong call quality and has a few features to help keep things loud and clear. In the call settings you can activate the microphone noise suppression to reduce background noise, use the speaker voice enhancement feature for richer listening experience and a Slow talk mode to slow down the speaker on the other end of the call.
We didn’t notice any issues of calls dropping out and the Z1 manages to do a good job of isolating the sound when you are in a noisy environment like being in a train station. 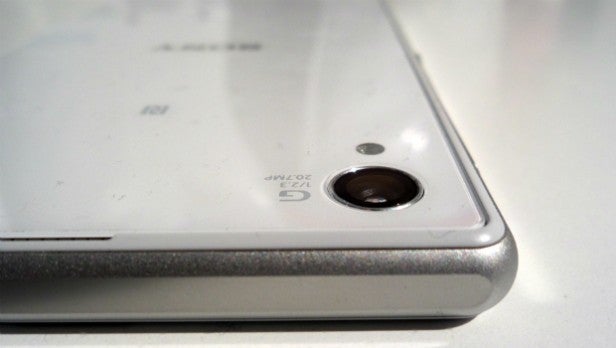 In the audio department, the speaker grill on the bottom of the phone is better positioned than it is on the Z and less susceptible to being cupped when held in portrait and landscape mode. For music and watching video, the speaker is loud but lacks richness when the volume is cranked up. If you have to listen to music or watch a film, you are best sticking to a pair of headphones.

The Xperia Z1 packs a massive 3,000mAh battery up almost 30% on the Xperia Z and 400mAh bigger than the battery nestled inside the Samsung Galaxy S4. You still have access to Sony’s power management tools including Stamina mode to disable data when the screen is off and a low battery mode to conserve power when you have reached critical battery life levels. 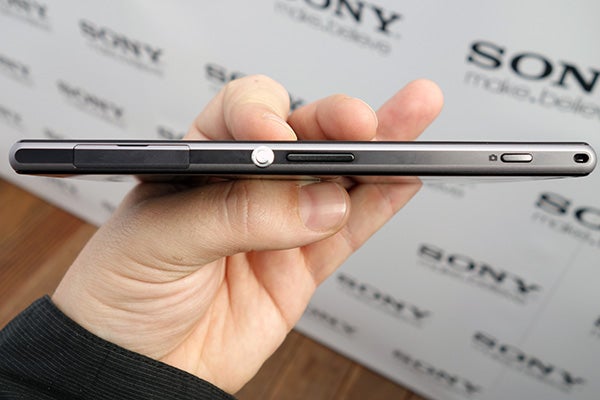 On full charge and in general use playing games, browsing the web, and using Twitter and Facebook, the battery manages to get us comfortably through a day dropping down to 60% by 11pm having been on full charge at 9.30am. That’s without tapping into the stamina and low battery modes. You can actually get a around a day and a half of proper use, if you are not using it excessively, for example with hours of gaming or keeping loads of apps running.

In more extreme testing conditions, streaming a full HD video for 30 minutes the battery dropped to 78% from 100%. From a critical battery level the Z1 manages to add 15% of charge in 30 minutes making it ideal if you have forgotten to charge it the night before.

Should I buy the Sony Xperia Z1?

The Sony Xperia Z1 is a phone that addresses the key issue that plagued its predecessor, the design. The curvy look is a subtle change and makes the 5-inch smartphone so much more comfortable to hold and operate, but that’s not to say it’s not big. Adding a camera button makes having a waterproof design more useful now that you can actually take pictures and shoot video underwater.
It’s one of the most powerful smartphones we’ve had the pleasure to test. The camera is not as ground-breaking as the Nokia Lumia 1020, but it’s still a great performer. Throw in the option of the QX100 and QX10 lens accessories and you can get something closer to a high end compact camera.
Putting it up against its 5-inch rivals it more than matches the Galaxy S4 and the HTC One it in terms of performance and design. Sony’s take on Android is a great alternative to Samsung’s TouchWiz and HTC’s Sense UI once you get to grips with it.

The Sony Xperia Z1 is powerful smartphone with an improved camera and elegant design to make it one of the best 5-inch smartphones to currently buy.

Next, read our round-up of the best Android phones to buy.