The Xperia Z1 runs on Android 4.2.2 so no Android 4.3 love just yet, but you still get plenty of the Jelly Bean experience. Like Samsung and HTC, Sony has put its own spin on the Google OS adding Sony branded native applications, software and widgets.
You can still do all the things you’d expect from an Android phone like download apps from Google Play, navigate around five customizable screens, create folders, re-size widgets and access Google Now.
Alongside the usual Google suspects, Sony has packed the Xperia Z1 with plenty of apps. The most interesting new additions include the Dropbox-style Box, the TV SideView app to view EPGs and extra content, the Google Keep-like Notes and Track ID and Track ID TV to detect music and TV programmes. 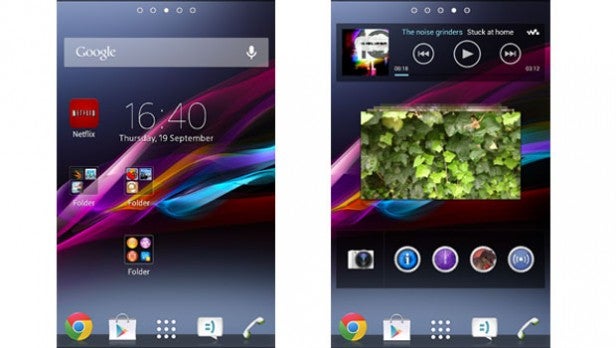 It’s definitely a mix bag of apps. Some will save you from dipping into Google Play, others you will definitely want to replace. The Walkman and Movies apps are still great and, largely, the entertainment focused apps are the most useful.

Productivity tools like OfficeSuite require a Pro account to really make best use of it and thankfully Google is now making this free to use. The Sociallife app, Sony’s take on Blinkfeed is not as well executed as it is in the HTC Sense UI.

What’s most interesting is the widget integration. When you listen to a song, take a photo or use Track ID to detect a song, a widget is automatically created letting you quickly view and launch the most recent content. 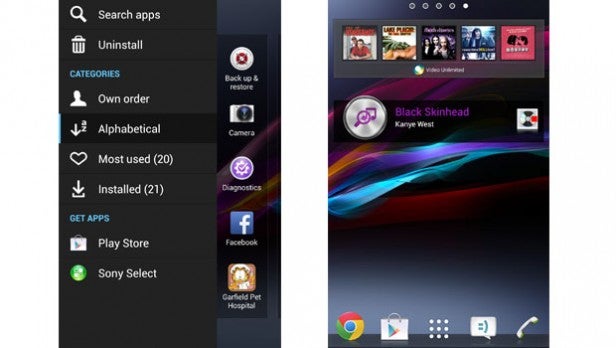 Helping you manage apps without jumping into the settings, you can swipe left inside the app launcher to access a menu pane. Here you can organize applications alphabetically, pick your own order, or even put them in order of how much you use them.
Sony’s take on the Android OS on the whole is still very slick and matches Samsung and HTC for intuitiveness and for newcomers to the platform is very straightforward to get to grips with.

The Z1 joins the Sony Xperia Z Ultra and the LG G2 in getting a quad-core Qualcomm Snapdragon processor clocked at 2.2GHZ with Areno 330 graphics and it really impresses. It’s accompanied by 2GB of RAM and 16GB of internal storage (12GB available to use) and can be expanded by a further 64GB via microSD. 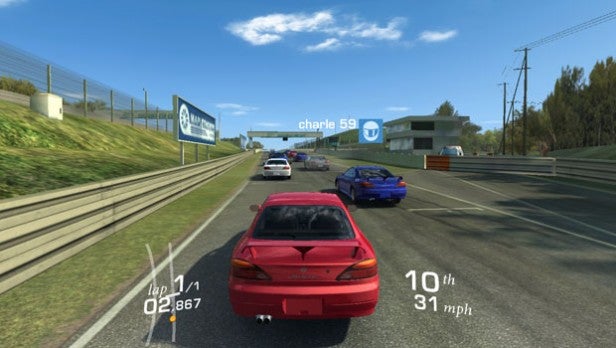 It doesn’t take long to realise that the Z1 is a seriously powerful smartphone. It’s actually one of the most impressive we’ve ever used. It comfortably runs Real Racing 3, and graphics look polished on the full HD display. Likewise, streaming HD content is handled with ease. Browsing the web and swiping through homescreens show no signs of lag or a delayed response.
The benchmarks fully back the Z1’s power credentials. In the Geekbench 3 benchmark test, the Z1 scores a 2797 putting it well above the S4 (2076) and the HTC One (1716) in terms of performance according. In the 3D Mark Ice Storm Unlimited test the Z1 scores a 17258 putting it up with the Sony Xperia Z Ultra, which makes sense considering they share the same processor. On the web browsing front, the Peacekeeper benchmark delivers a 721 points score putting just below the iPhone 5.
Previous
Sony Xperia Z1 Review Next
Camera Quality Review