A handset that has multimedia routes at its core, the Sony Xperia Z builds around strong handset capabilities with fully ingrained video, audio and gameplay capabilities.

Capable of producing strong audio output from the unit’s inbuilt speaker, Sony’s latest flagship Android handset ticks all the required multimedia boxes required to set it out as a true smartphone leader yet is not without its faults.

Pumping out crisp, clear tones across a broad, perhaps slightly shallow and bass-weak sound stage, the handset’s integrated speaker is infuriatingly located in prime hand real-estate when holding the device in a conventional landscape or portrait manner. Muffling the device’s output, app-based gaming is severely diminished by audio that is clouded by stray fingers.

On mobile gaming, the Sony Xperia Z is a strong performer, utilising its hefty 1.5GHz quad-core processor to launch even taxing applications such as Real Racing 3 in suitably prompt time. What’s more, pairing this powerful CPU offering with an Adreno 320 GPU and 5-inch 1080p Full HD display, and the visual results are stunning. The days of comparing mobile gaming to a PS1 title are long gone, with the Sony Xperia Z, we are well into PS2 territory. 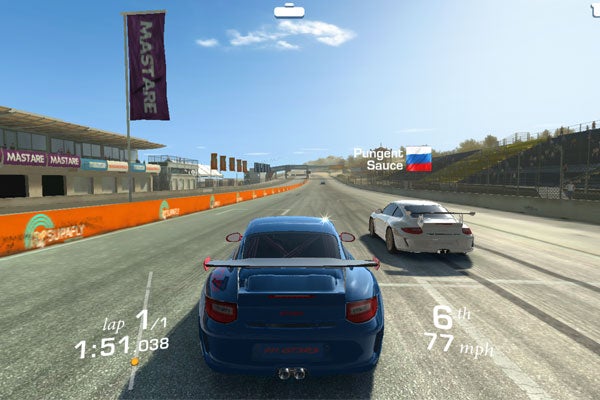 Although the pair of in-ear headphones boxes with the Sony Xperia Z play host to a low quality, extremely cheap plastic construction, in terms of audio performance, they are far from the worst to come bundled with a high-end handset.

Arching back to the handset’s screen and the device’s movie playback options are superb. As previously mentioned, viewing angles are not the best but overall image quality is certainly up there. Vibrant, sharp and with little depleting distortion of blur, for video consumption the Sony Xperia Z is one of the best.

Satisfying all your needs, with simple drag and drop transfer methods, the Sony Xperia Z supports all the usual file types including the obvious MP3, WAV and MP4 options. 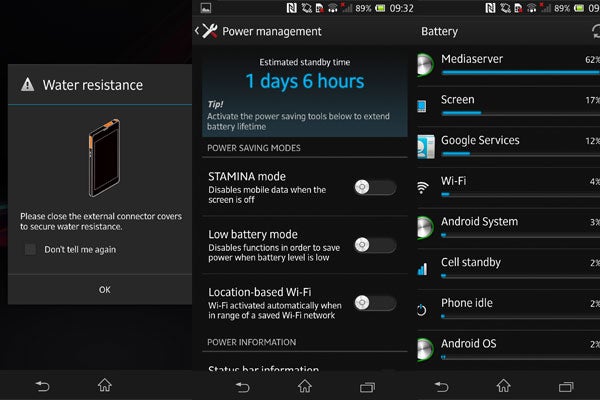 As impressive as the Sony Xperia Z might be in other areas, in terms of battery life, the handset is a bit of a dog, churning through the power reserves of a sizable 2330mAh Lithium-Ion battery in well under a day based on moderate usage.

Further compounding these battery concerns, the sleek, seamless design of the Xperia Z means that the battery cannot be changed, ruling out the possibility of carrying a spare and pushing users to alternative options such as battery boosters like the mophie Juice Pack Universal PowerStation Pro.

An area not usually associated with build quality issues, the power plug that comes boxed with the Sony Xperia Z is a rickety plastic affair, with a retractable centralised top prong that feels unnervingly loose. Wobbling at the slightest touch, the plug’s prong feels dangerously fragile when inserting or removing from a socket, a task that is made even harder by the accessory’s lengthy form, meaning plugging in behind furniture or in hard to access areas is out of the question.

On a connectivity front, the Sony Xperia Z ticks all the relevant, expected boxes and a few less developed ones. Playing host to usual collection of integrated Wi-Fi, Bluetooth 4.0, HSDPA and GPRS connectivity options, the latest Sony handset also benefits from the 4G ready compatibilities and integrated NFC technologies.

Although these two more advanced connection methods might not be relevant to many users right now, their inclusion helps future proof the phone for the impending tech rollouts set to hit early into the two year contract. 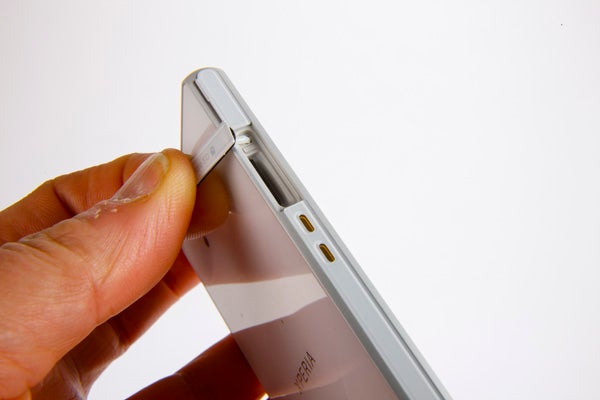 A mixture of high-end handset supremacy and a few small niggling issues, the Sony Xperia Z takes the Japanese manufacturer so close to smartphone superstardom, only to fall at the final hurdles.

Overall, the Sony Xperia Z is a device that impresses on first use, continues to please over time and which, thanks to its high-end specs collection, will remain future proof well into your two year contract. That said, the battery concerns surrounding the device are hard to overlook.

With the IP57 waterproof coating lining up as an inspired addition that we now covert on all future handsets, the quad-core CPU and 5-inch Full HD display of the Sony Xperia Z take it so close to becoming the next must-have handset. However, struggling to achieve close to a day’s standard use severely knocks the Xperia Z’s footing in our eyes and is an issue that could well be its downfall.