The Sony Xperia XZ1 is home to Qualcomm’s top-end Snapdragon 835 processor. It’s one of the main upgrades over the Xperia XZ, which has a Snapdragon 820.

The Snapdragon 835 is a super-powerful processor, particularly for a 1080p phone. It has the juice to effortlessly drive a much more pixel-packed device. 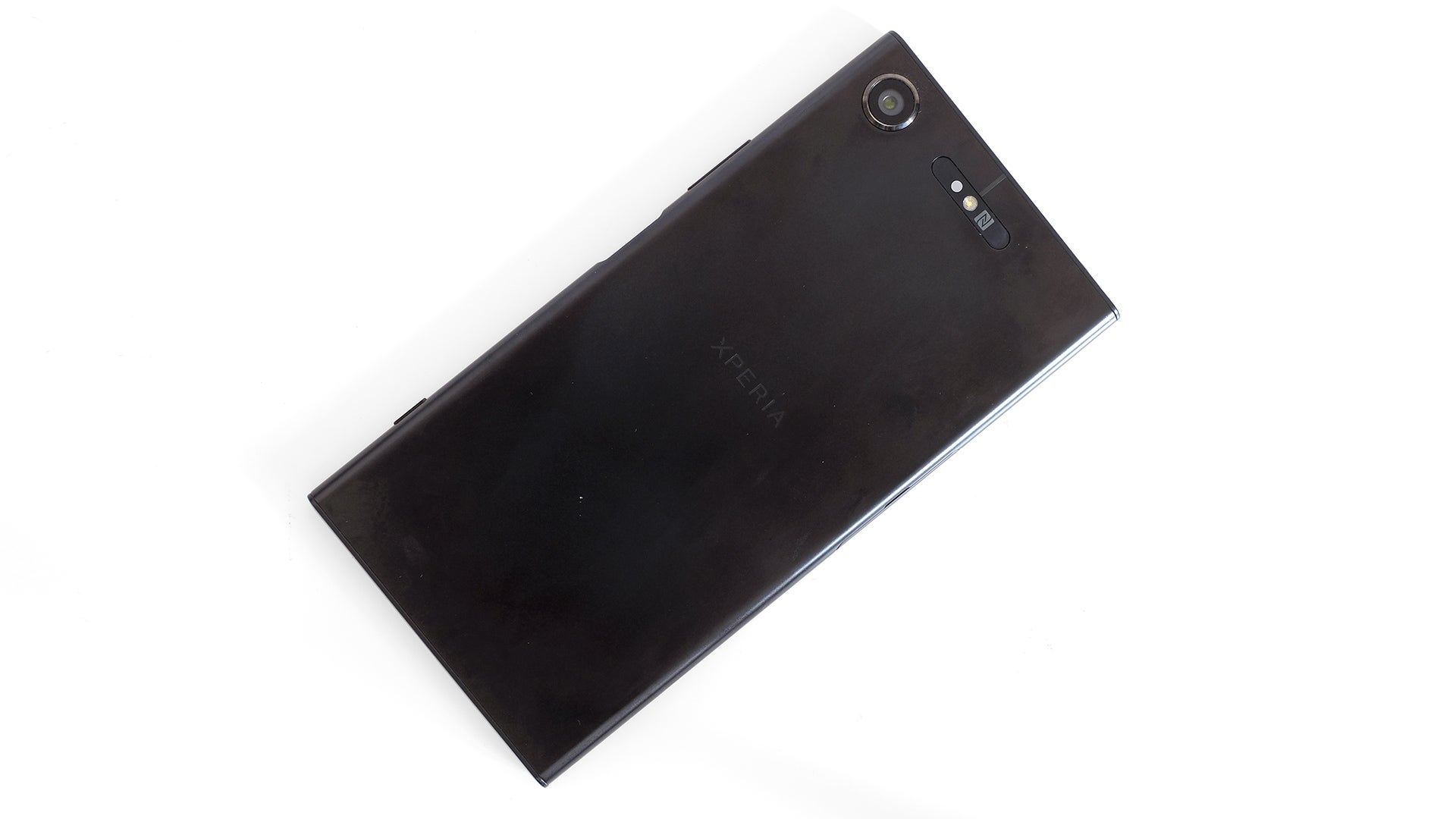 In Geekbench 4 it scores 6446 points, or 1802 per core. That’s just slightly lower than what we saw from the Samsung Galaxy S8, but not by a significant amount (roughly 200 points, multi-core).

More important, the Sony Xperia XZ1 feels great in general use. The interface flies along, with no obvious lag, and apps load quickly too.

The phone has 4GB of RAM – where some other handsets have 6GB or even 8GB – but then so does the Samsung Galaxy S8. Less RAM means the Sony Xperia XZ1 will have to offload app data more regularly. Once app cache has been flushed, the phone will have to properly reload the app rather than simply jumping back in. However, I haven’t noticed any shortfall here. Apps used recently still remain ‘open’. 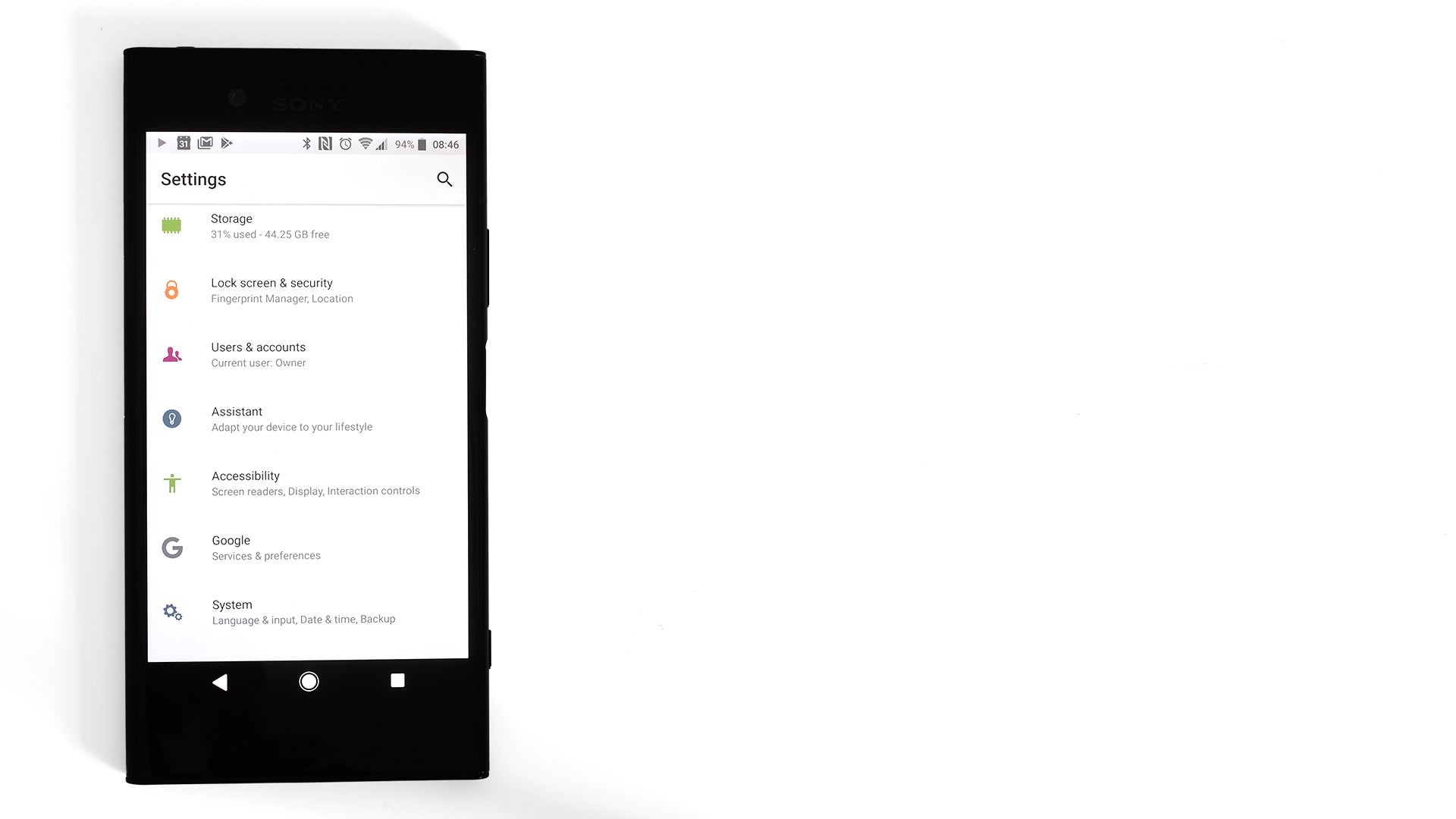 The Sony Xperia XZ1 has a large, very high-resolution camera sensor. At 19 megapixels and 1/2.3in, it’s larger than the Galaxy S8’s main sensor. This has been a Sony tactic for quite some time now – big sensor, lots of megapixels – but its Xperia cameras haven’t really challenged the best in recent years. 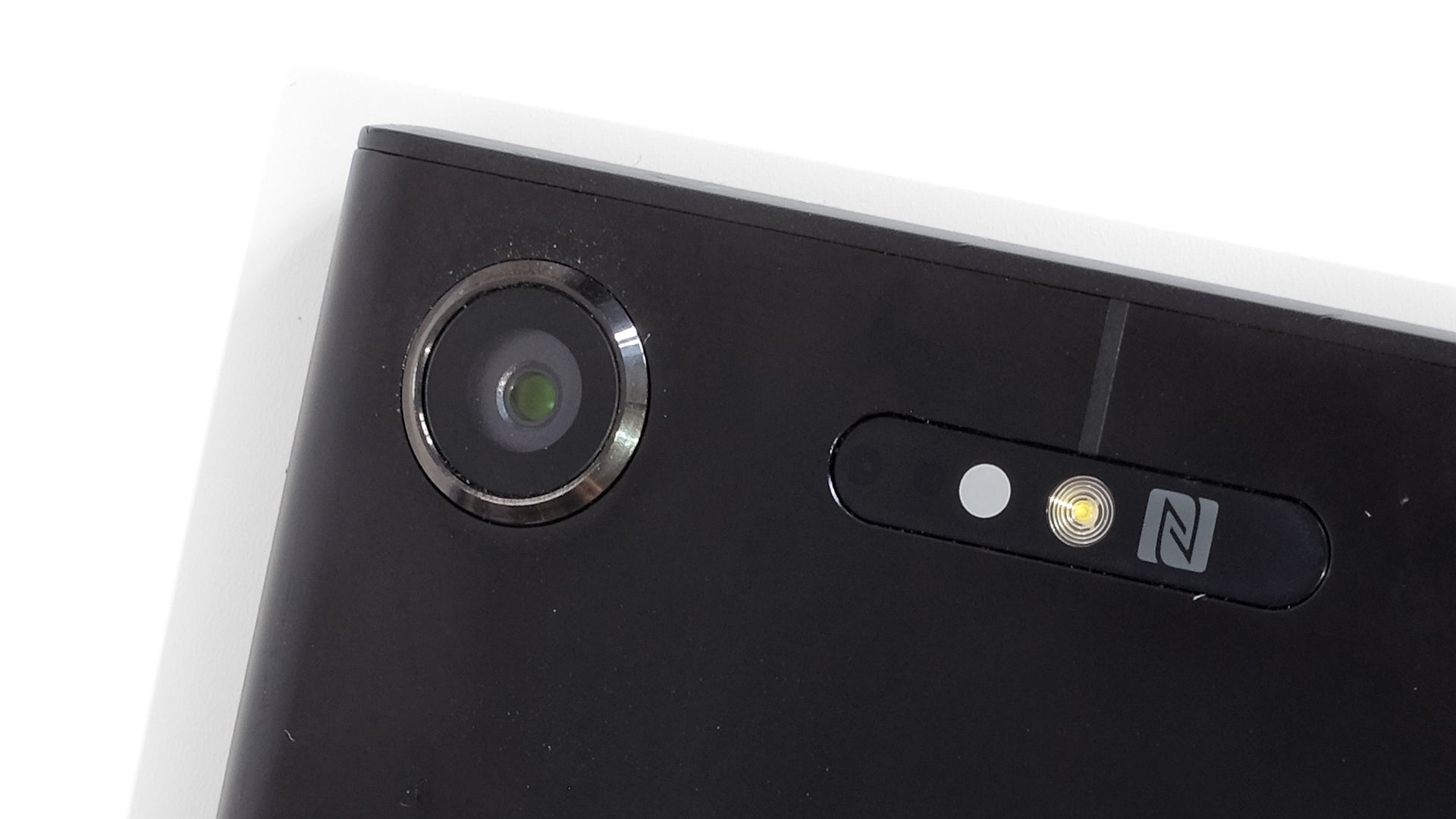 The Sony Xperia XZ1 makes some progress in improving the processing and image noise of older Xperias. However, aside from the core sensor numbers there isn’t all that much for photographers to become excited about.

There’s still no optical image stabilisation, for example; no secondary lens for “lossless” zooming or even shallow depth-of-field effects. I don’t find the increased resolution compared to rivals that compelling either, since close-up inspection of images shows that they aren’t as clean as those of other top-end phones.

As mentioned, Sony does appear to have improved its processing slightly – or the look has improved, thanks to the new sensor – but as in previous Xperias, the edge of the frame can look quite tatty and the fine details of far-away trees over-processed. I find the colour temperature is towards the cool side, too, making images look less immediately pleasing than those of an iPhone or Samsung Galaxy S8.

However, the Sony Xperia XZ1 is still capable of taking some stunning pics, particularly after making tweaks after shooting to fix colour temperature skews and bring out some more shadow detail. While the software does a reasonable job of handling all sorts of lighting, other phones have better dynamics range enhancement.

The Sony Xperia XZ1 also plays it loose with colour saturation. It’s so keen to look saturated that a red flower will often ‘clip’ the red channel, making it appear almost a flat pane of colour – which isn’t ideal. However, it can be great for sunsets, which often look a bit weak even with the best phone cameras.

The other biggie is low-light performance. While the Sony Xperia XZ1 has amongst the best night photo quality I’ve seen from a non-OIS phone (the Pixel phones being the obvious higher performers), it still isn’t great. There’s still a significant drop in detail, resulting in blurry night shots. This is despite the use of EIS (electronic image stabilisation), which uses the gyroscope to time the exposure for best results. 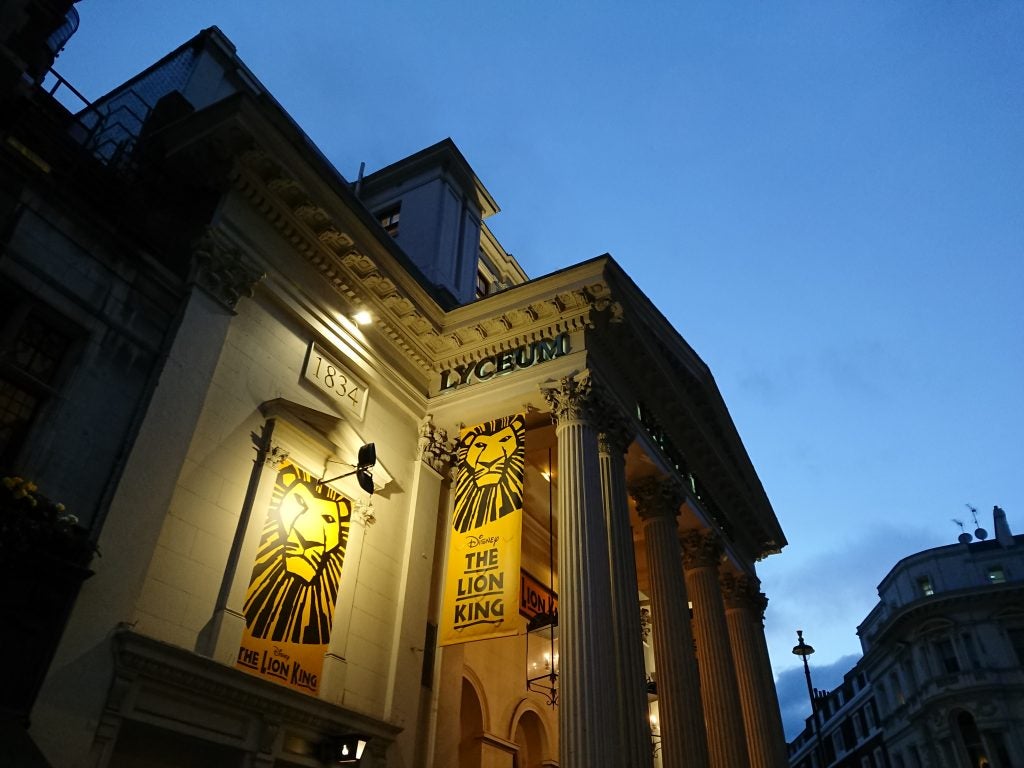 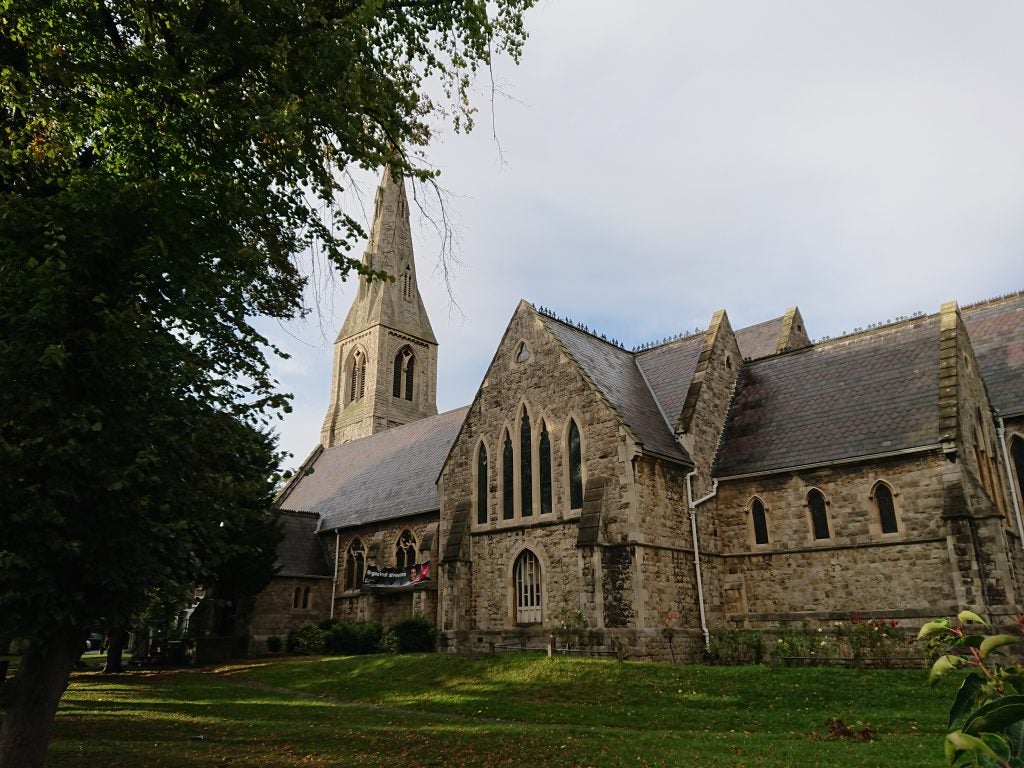 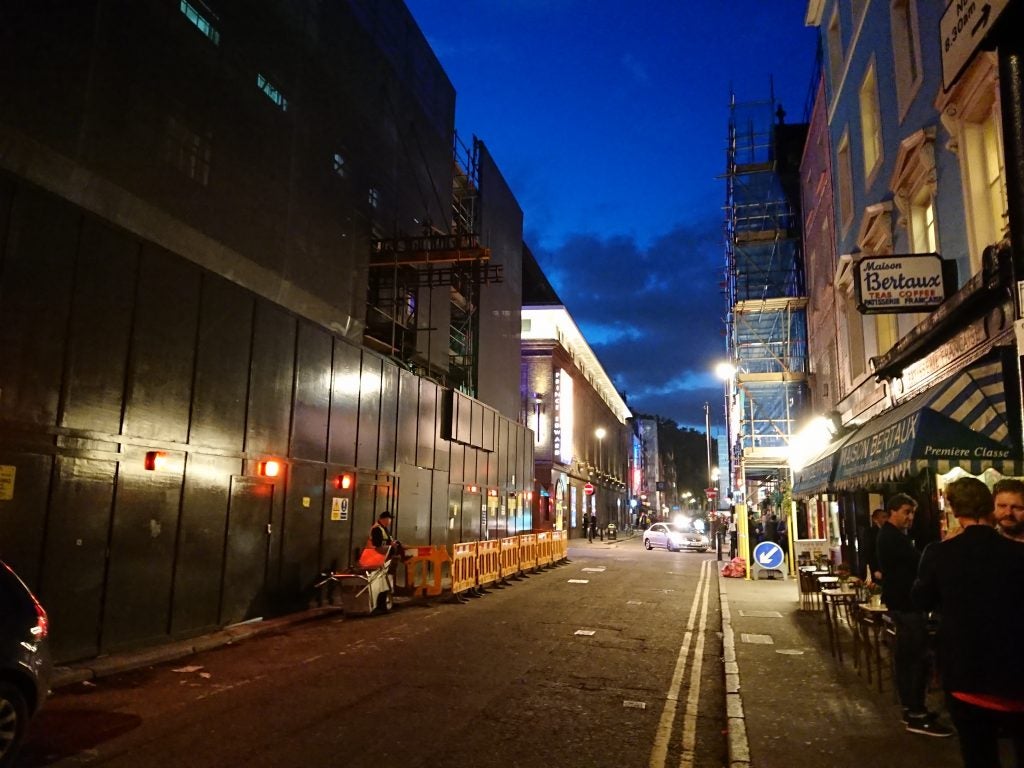 Lots of colour makes this shot pop, but it took three attempts to get it this sharp, and there’s still some handshake blur and a general loss in detail 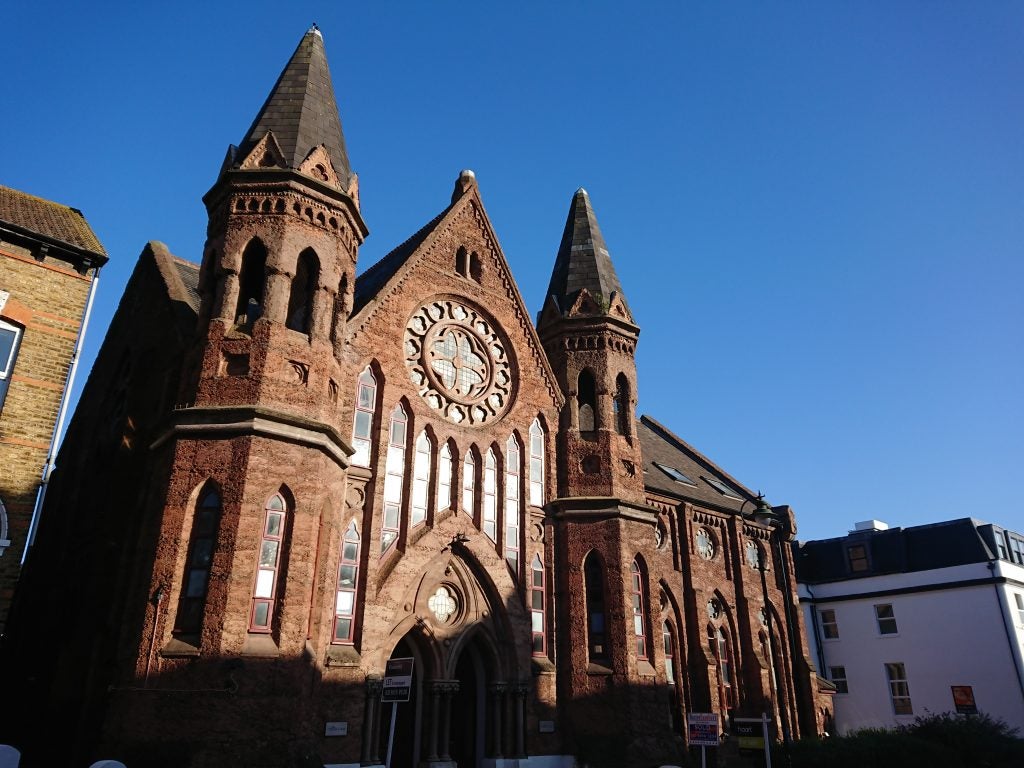 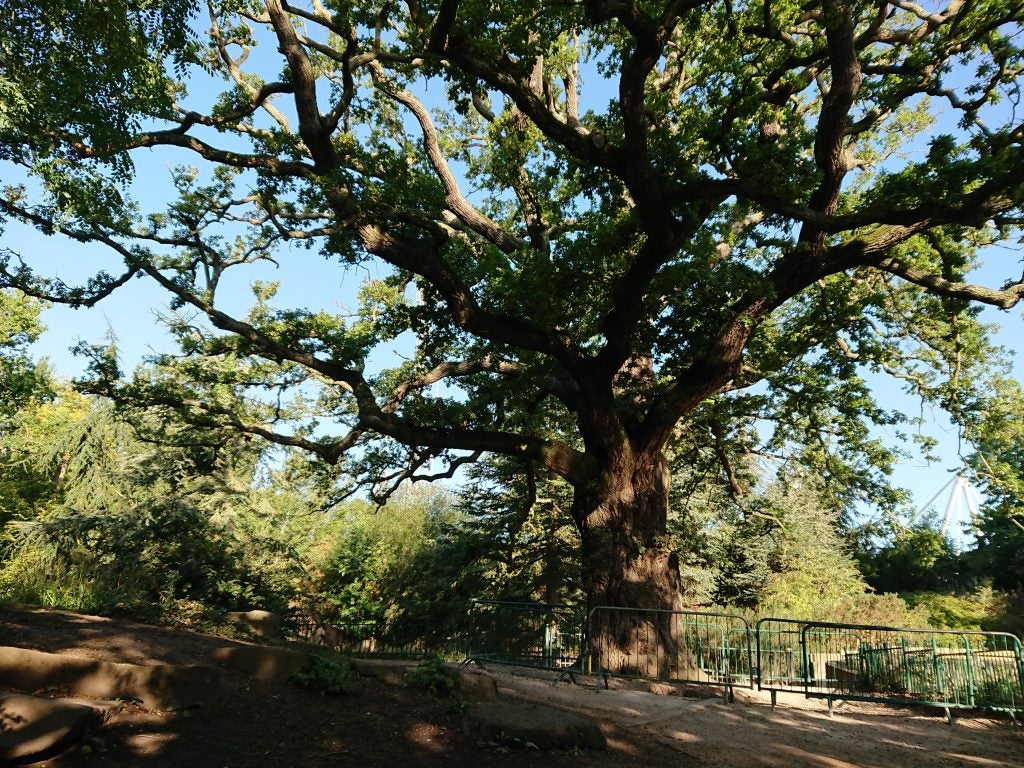 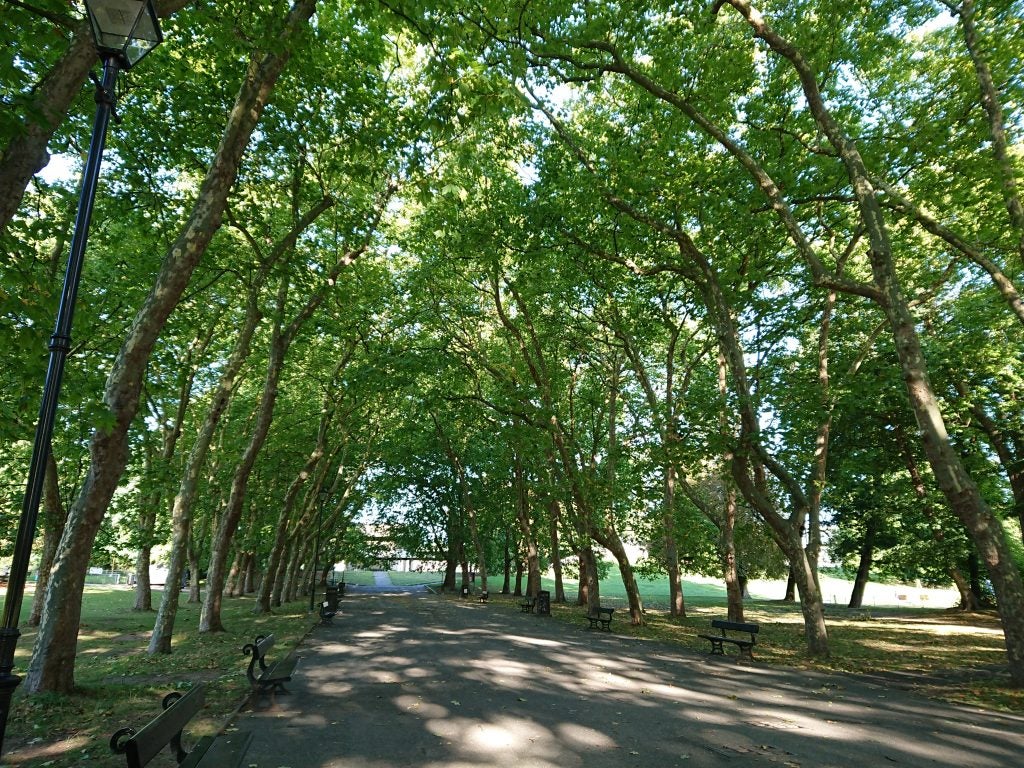 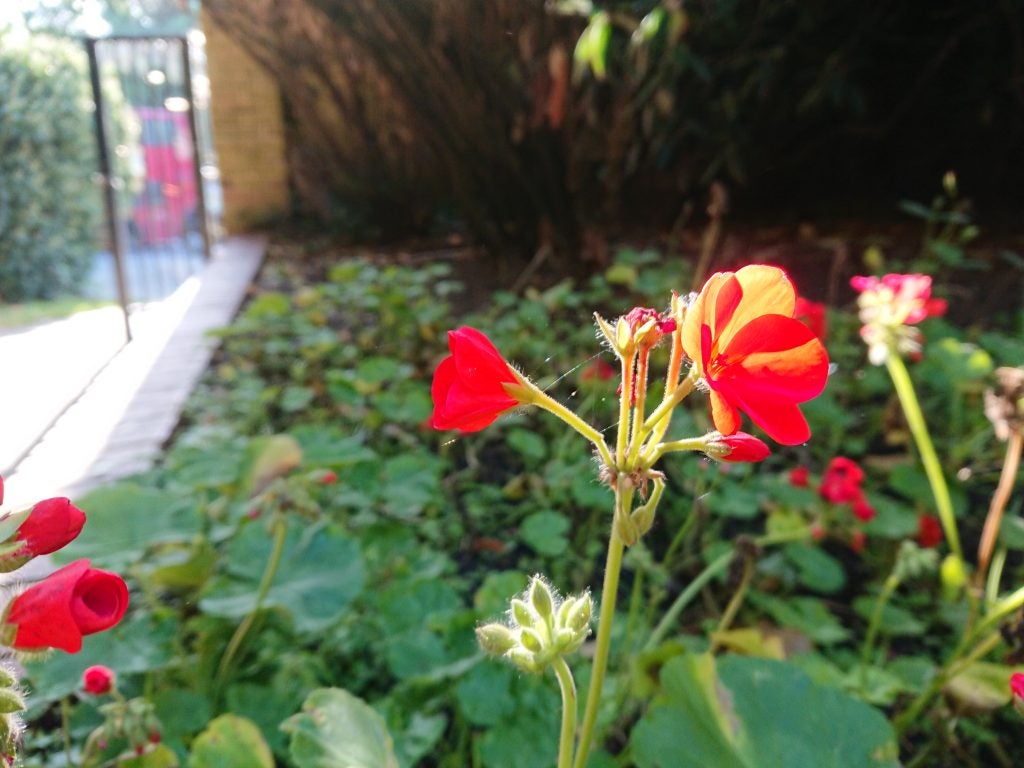 The Xperia XZ1’s colour rendering is at times unrealistic 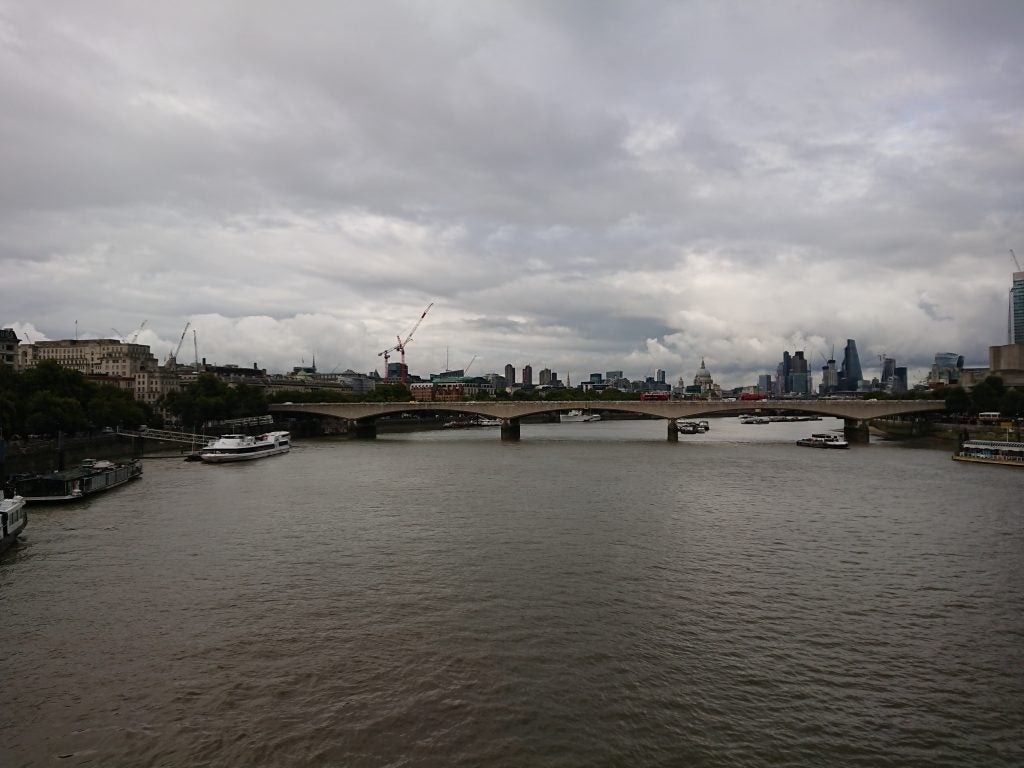 The Xperia XZ1 hasn’t blown out the image here, maintaining highlights – but the foreground looks even bleaker than it did in person 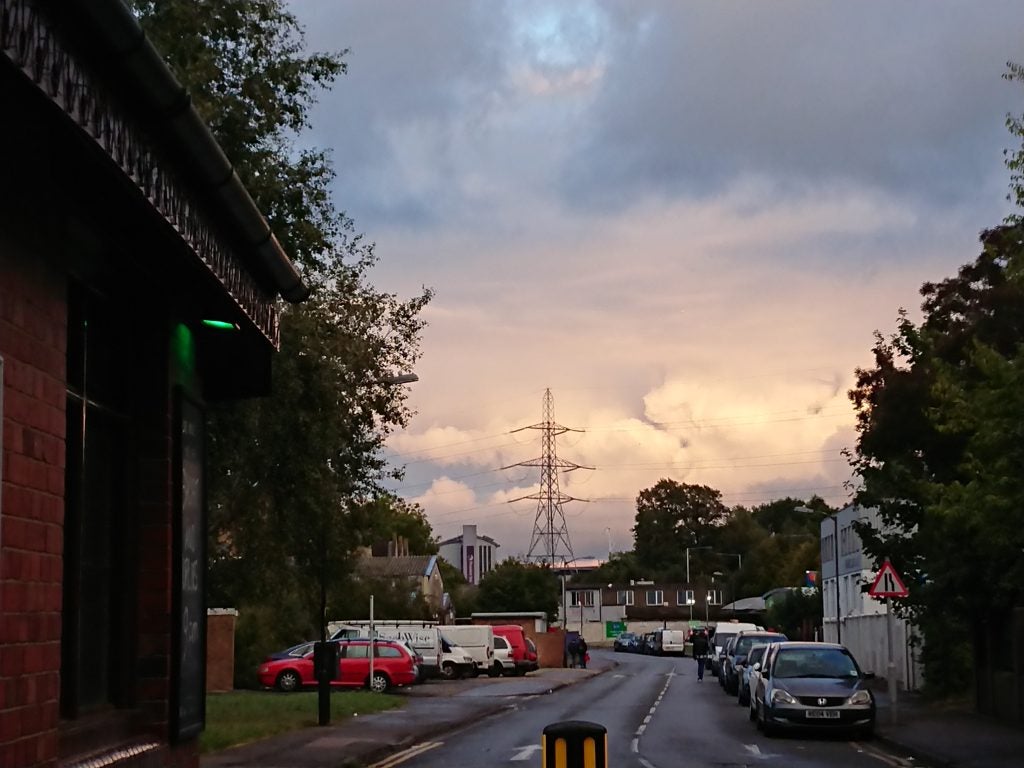 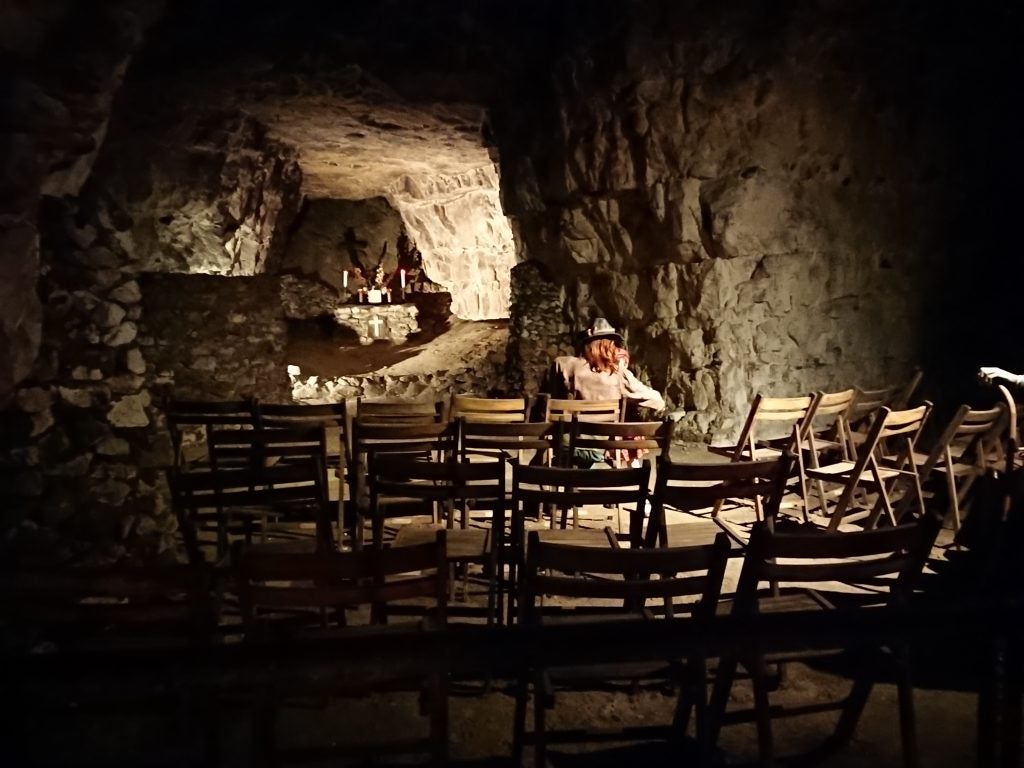 While low-light performance isn’t amazing, the Xperia XZ1 is great at brightening up very dark scenes. This was taken in Chislehurst caves, with barely any light 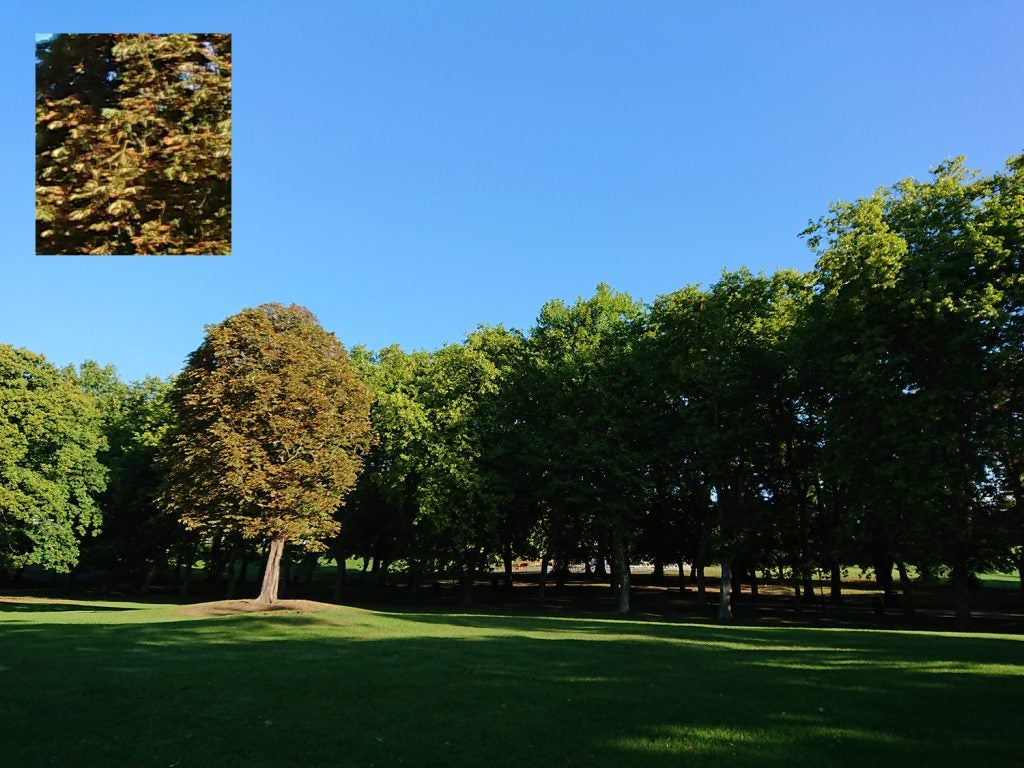 There’s one brand-new camera feature, if somewhat weird. 3D Creator lets you use the camera to scan someone’s face, a piece of food or any object you like. You can then either just look at it or send it to a 3D printer – of course, you have a 3D printer… don’t you? This is a seriously niche feature.

Sony also misses out on some obvious ‘mainstream’ uses. You can’t make short video or GIF of someone’s face to share over WhatsApp. Try to do so and they’ll receive a ZIP file of the model: useless, unless they also own an Xperia XZ1.

You can set the model as a live wallpaper, but having a replicant version of your other half swivelling around as you flick through homescreens is about as creepy as wallpapers get. 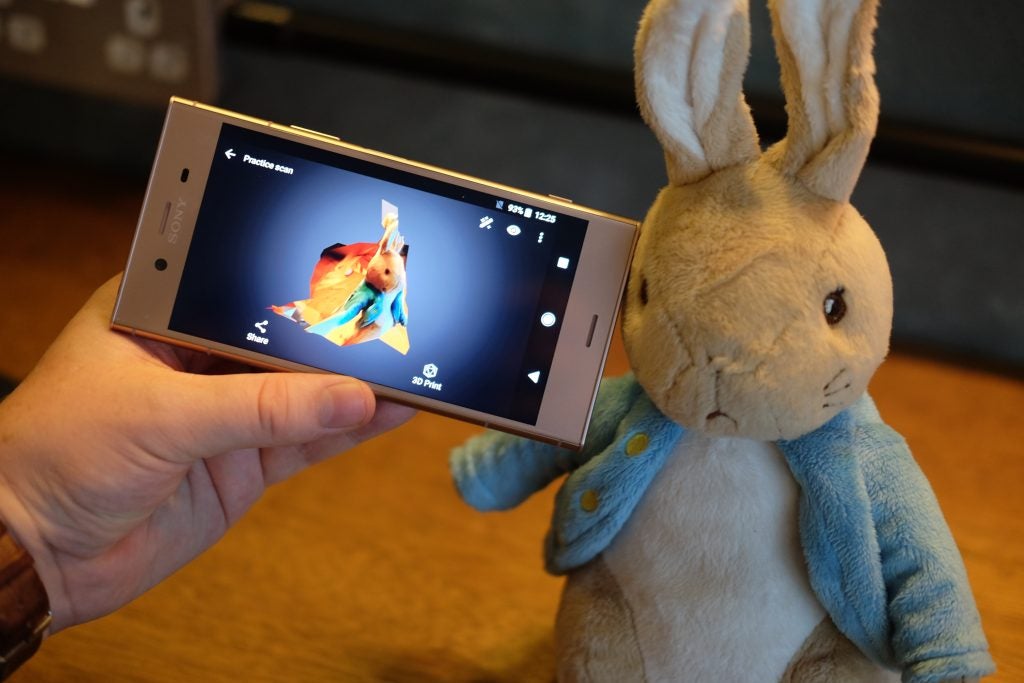 Thankfully, the Sony Xperia XZ1 does have the great video camera extras introduced in the Xperia XZ Premium. You can shoot short clips at 960fps as well as the more standard 120fps. 960fps clips are limited to a quick snap, but when the result expands to 40x real-time, it’s a sensible limitation anyway.

Predictably, the Sony Xperia XZ1 has to ramp up ISO sensitivity to cope with the ultra-fast exposures required for this mode, so quality isn’t fantastic. And the 1080p final file certainly isn’t 1080p quality. However, it’s fun to play around.

For everyday video capture it’s possible to shoot at up to 4K resolution at 30fps, and you have a choice of both 30fps and 60fps at 1080p. YouTubers and amateur videographers will prefer the iPhone X, whose higher-quality 240fps and 60fps at 4K are actually more useful. However, the Sony Xperia XZ1 is far cheaper than the iPhone too.

Around the front of the Sony Xperia XZ1 is a 13-megapixel 1/3-inch sensor with wide lens that’s great for selfies. In darker conditions it will fire-up the screen with a bright yellow/orange shade to help illuminate your face. In my opinion, this works better than many of the dedicated front LED flashes I’ve used, making it possible to snap a good selfie indoors or at night. Thanks to the high-res sensor, you’ll also achieve plenty of detail fora selfie. 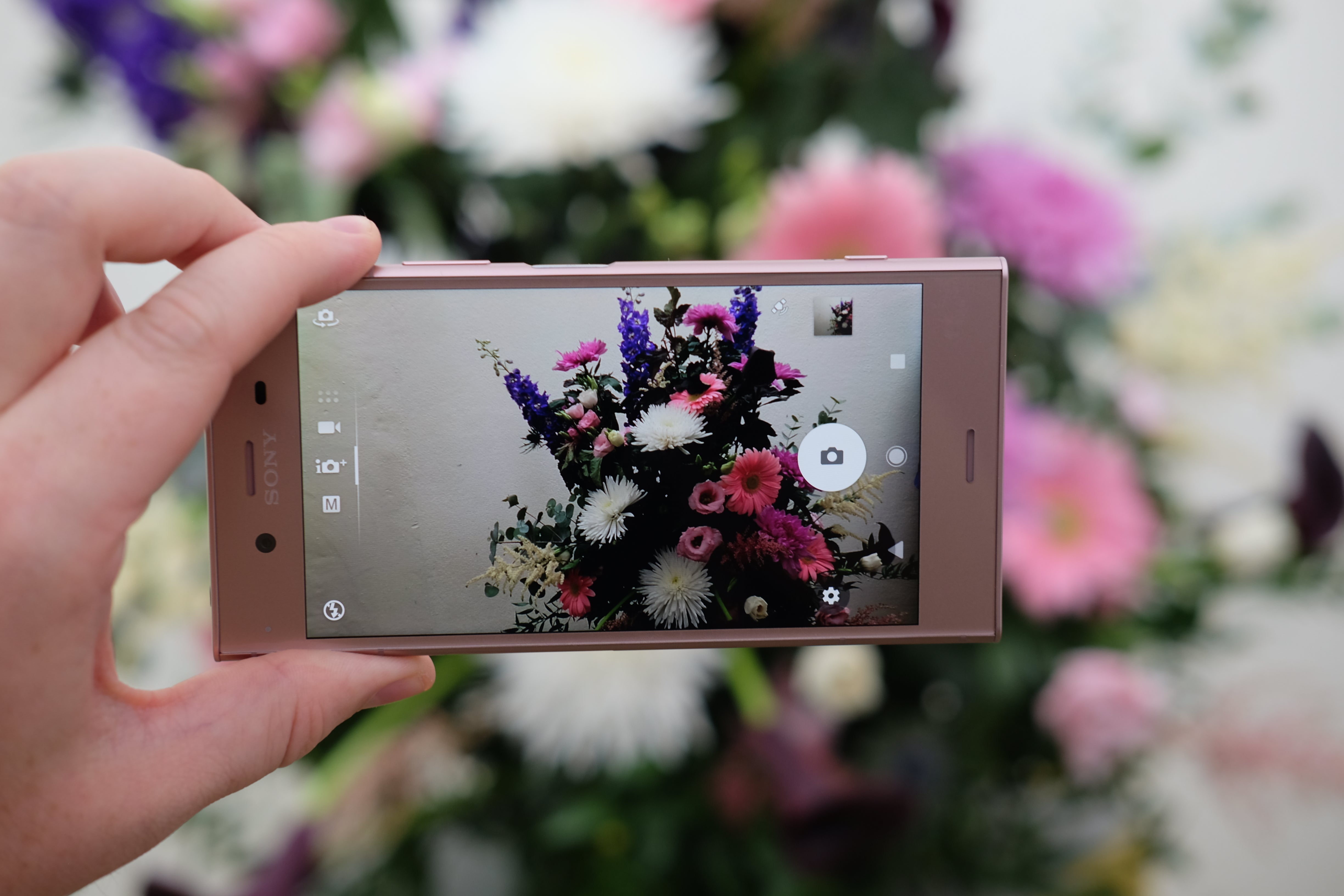 Most people list better battery life near the top of their smartphone wish list. It’s a little galling, then, that Sony has actually reduced battery capacity from the Xperia XZ to the Xperia XZ1, from 2900mAh to 2700mAh.

However, coming to the XZ1 after reviewing the Motorola Moto G5S Plus recently,  this is a clear step down in stamina. While the Sony Xperia XZ1 doesn’t fare too badly in simple one-task tests, it’s only passable in real life.

Light use will see it last a full day, but on a day when I played a few hours of podcasts in the morning, it was close to power-out by 7pm. Thirty minutes of Real Racing 3 consumes 15% of the battery, which is significantly worse than the 10% drain on the Moto G5S Plus

The Sony Xperia XZ1 does, however, feature fast-charging. This is Qualcomm QuickCharge 3.0, which will power up most of the battery in under an hour.

One other feature of the handset that could do with an upgrade is the speaker. The Sony Xperia XZ1 has two drivers, above and below the display. Getting a stereo effect when playing a game is nice, but, compared to rival handsets, the sound just isn’t as powerful or full as the best-sounding single-driver speakers. Overall, though, it will be fine for gaming, or listening to the odd podcast or music stream.

The Sony Xperia XZ1 does have a few other neat audio features, too. DSXEE improves low-quality audio streams – but it won’t make a poor one sound good. And a ClearSound+ mode tweaks the soundstage and EQ for more overt clarity. 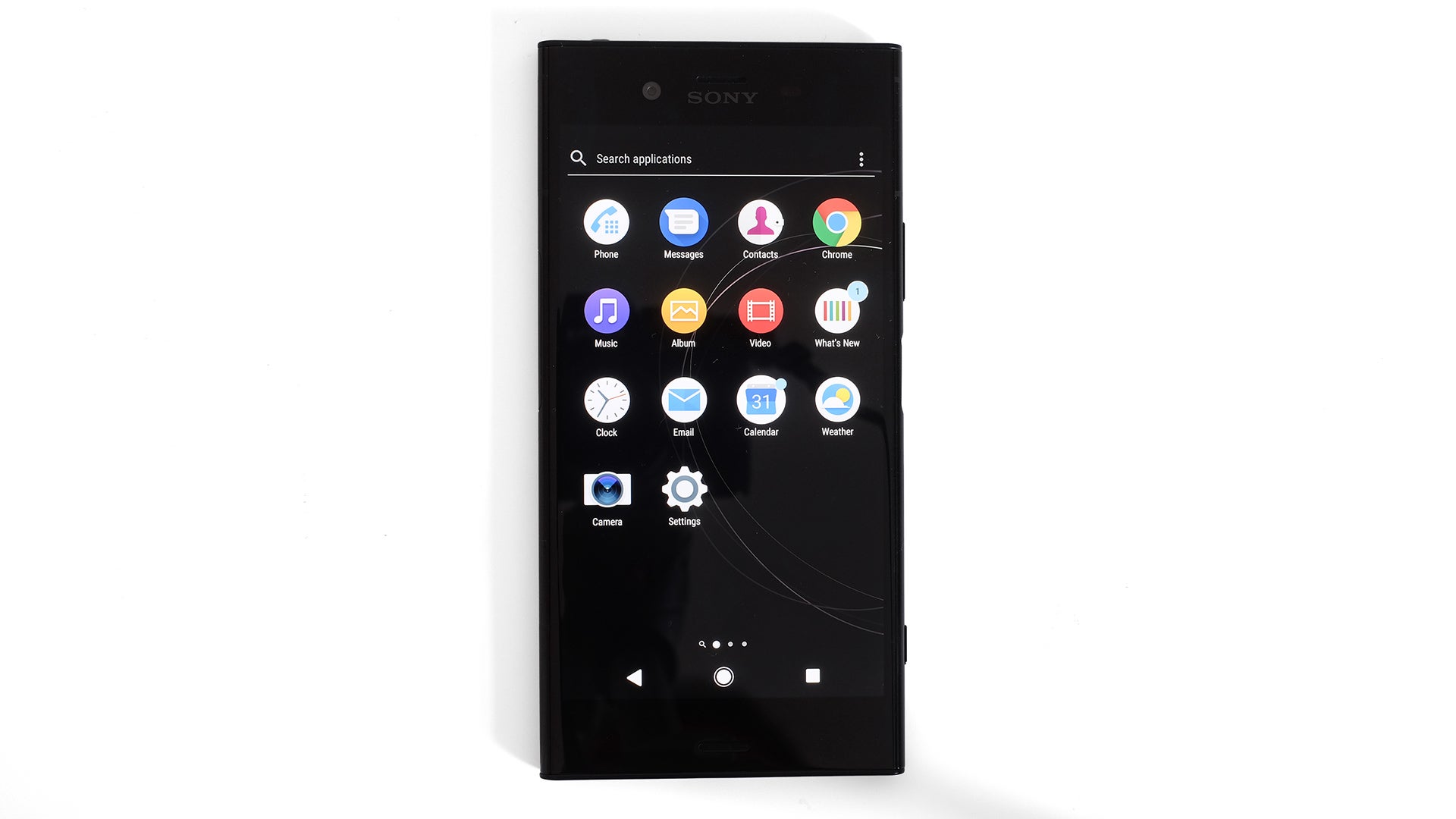 Should I buy the Sony Xperia XZ1?

The Sony Xperia XZ1 is a phone for Sony fans. You have to love Sony’s style – because, otherwise, there are just too many compelling alternatives to make it a front-runner.

It doesn’t have as many interesting features as the £100-cheaper LG G6, and doesn’t impress like the Samsung Galaxy S8.

Those keen on getting the most phone for their money would be better off opting for the OnePlus 5 or Honor 9. They are £150-230 cheaper, and aren’t lacking anything major features-wise either.

For £600, it’s definitely possible to get better for your money.

A good phone, but not a particularly competitive one at this price.