Performance was as good as you’d expect from a phone packed with the latest Qualcomm Snapdragon 835 SoC, 4GB of RAM and 64GB of storage (expandable through microSD). These are undoubtedly flagship specs.

In our synthetic benchmarks, the scores were close to what we’d have predicted. In Geekbench 4, it managed 1920 (single-core) and 6492 (multi-core), which comfortably eclipsed the Snapdragon 821 in the LG G6, but was slightly behind the Exynos 8895 chip we saw in the Samsung Galaxy S8.

It was a similar experience with AnTuTu, which tests 3D performance right across to RAM speeds. The XZ Premium’s 172,689 is a seriously impressive score and only a fraction behind the Samsung Galaxy S8. There really isn’t a lot to separate these two juggernauts when it comes to performance. 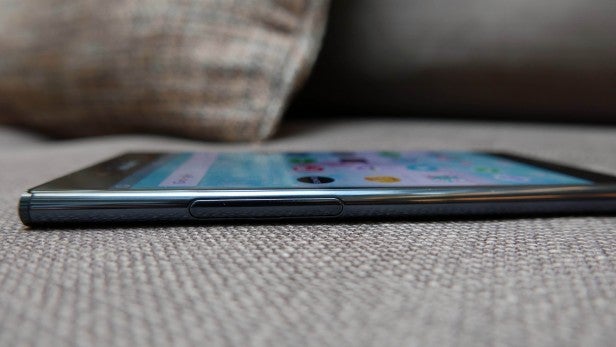 Subjectively, when loading up games such as Asphalt or Super Mario Run, there are no issues with performance or dropped frames. I can comfortably say that performance isn’t an area where the XZ Premium is lacking. But then that’s what you’d expect from a flagship nowadays.

The XZ Premium runs the latest Android version 7.1.1 and it feels snappy and responsive. Sony hasn’t done much to the usual Android experience, save for pre-installing some apps such as its PlayStation and media apps. The app launcher scrolls horizontally, which takes some getting used to, but otherwise everything is as it should be. A number of themes are available to download through the pre-installed Xperia Lounge app, which adds some variety to the usual Android experience. Not all of them are free, but you often receive notifications with free discount codes. Once you install one of the themes, Sony will offer to sell you a matching phone case, which takes some of the shine off the free offer.