What is the Sony Xperia XZ?

The Sony Xperia XZ is the last of 2016’s top Android phones. It’s Sony’s equivalent of the LG G5 or Samsung Galaxy S7: a top-end phone with lots of features and the price to match.

Like all £500-plus phones, it’s good. Of course it is. But the question is whether it’s good enough to compete with the older 2016 Android kings, some of which are already cheaper than they were at launch.

We’re not here to tease. The Sony Xperia XZ isn’t as accomplished as the best Samsungs and doesn’t make enough improvements over the Sony Xperia Z5, particularly with its camera. This is a phone for Sony fans, or those tired of iPhones and their Korean rivals. 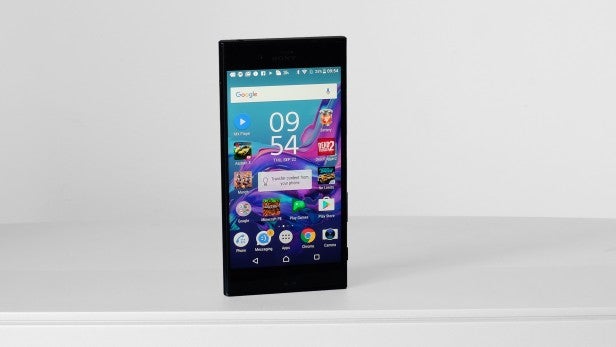 The Sony Xperia XZ is an Xperia Z-series in all but name.

The Z models began with a bold and boxy design. Early Xperia Zs were rectangular monoliths that looked great in promo videos, but tended to feel a bit bigger and thicker than they actually were.

The Xperia XZ continues Sony’s recent trend of softening this style. This time around you get a metal back, metal sides and ever-so-slightly curved 2.5D glass on the front.

It’s a more practical design than that of the old Xperia Z3 and Xperia Z5, which have glass backs – yet another pane to shatter. 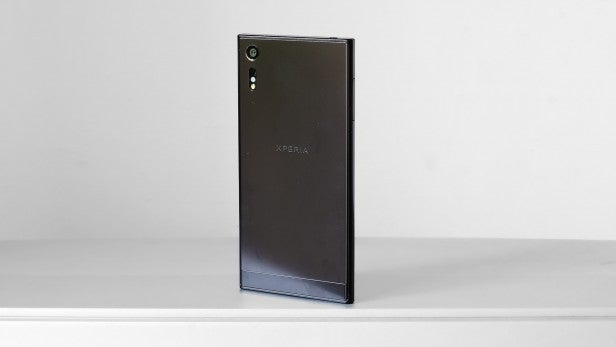 The Xperia XZ isn’t made of a single piece of machined aluminium like an iPhone, though. Its back panel is one piece, while the sides are another. There are even a few plastic panels too. They cover the top and bottom edges, and the little strip towards the bottom of the back.

Sony has styled out this seam-heavy design perfectly, though. There are no sharp edges to ruin the feel, and all the parts are perfectly colour-matched.

I prefer the feel of the more tapered OnePlus 3 and Samsung Galaxy S7 Edge. This phone feels large for its 5.2-inch screen size, but it’s a definite ergonomic improvement over the Sony Xperia Z5 Premium, which had a sharp ridge running along its back. Still, if you’re going to spend this much money on a phone, it’s a good idea to have a feel of the main contenders in person if you can. Get down to the high street. 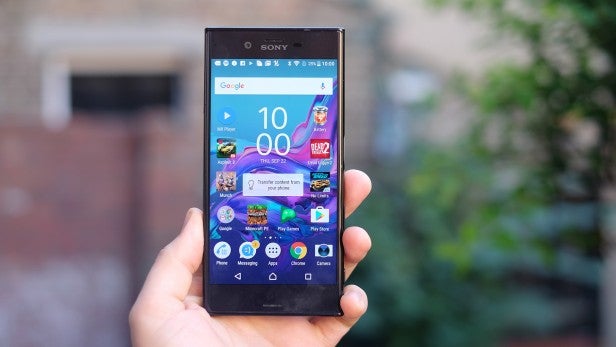 The other bit of Sony styling that’s a little different from the rest is the placement of the fingerprint scanner. While Apple and Samsung put their scanners on the front, and Huawei/Honor on the back, the Sony Xperia XZ has a finger scanner on the side.

It sits right under the power button – the big grey oval-shaped blob on the side. This gets you the traditional feel of a side-mounted power button, but with finger security added for good measure. 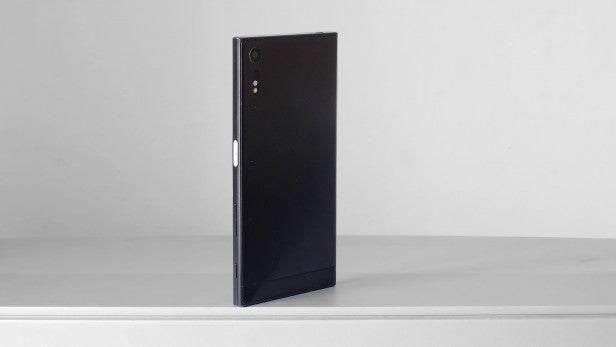 It’s quick enough to feel only slightly slower than pressing a scannerless power button, but I find rear- and front-mounted scanners work a bit better for quick unlocking, perhaps because a more indented style guides you towards the right area more quickly. But it is a good fingerprint scanner regardless.

The Sony Xperia XZ is water resistant too. A single flap on the side covers the tray that holds the SIM and microSD card, and it’s certified to IP65/68, meaning it can withstand being submerged in water at a depth of more than 1m. 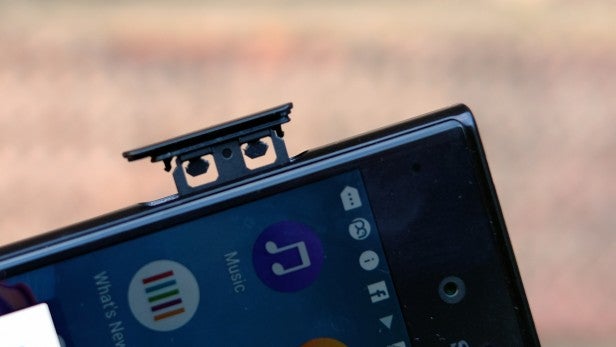 However, doing so invalidates your warranty. After a few too many stories of “waterproof” Sony Xperia phones being killed by water, Sony has sensibly stepped back from this feature, if only in its wording. Here’s the official line from Sony:

“You should not put the device completely underwater; or expose it to seawater, salt water, chlorinated water, or liquids such as drinks. Abuse and improper use of device will invalidate warranty.”

Don’t be silly, in other words. There’s no magic behind why previous Sony phones have failed either. Xperia Z (and XZ) water resistance relies on tiny little rubber seals, which are prone to wear, and are useless if they’re not perfectly in place.