The Sony Xperia XA2 has roughly the same rear camera setup as the Xperia XA1. There’s a single 23-megapixel camera on the back, with a large 1/2.3-inch sensor.

One early criticism to get out of the way is one I mentioned earlier: the camera app is slow to load. Thankfully, there’s not the same annoying lag between taking shots. It’s slower to shoot than a Samsung Galaxy S8, but it is responsive enough. 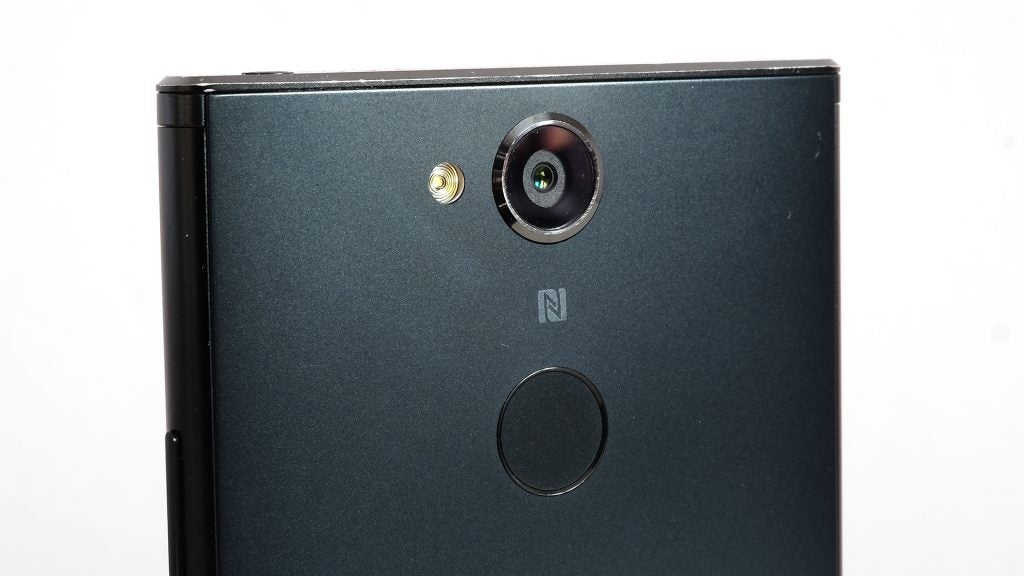 Open up day-lit shots on your laptop and they’ll generally look very sharp and punchy, much more so than most “affordable” phones with 13-megapixel sensors. Apart from the final 10% to the extreme left and right of the image anyway. Like previous high-res Xperias, there’s quite serious loss of sharpness towards the edge of the frame. It’s likely the result of a just-OK lens matched with a relatively large sensor.

Get close-up with your images and you’ll see they don’t have the sharpness or integrity of a true high-end setup either. The Moto G5 Plus’s larger pixel 12-megapixel sensor will beat it in some conditions. However, at the price I’m pretty happy with most of the results. 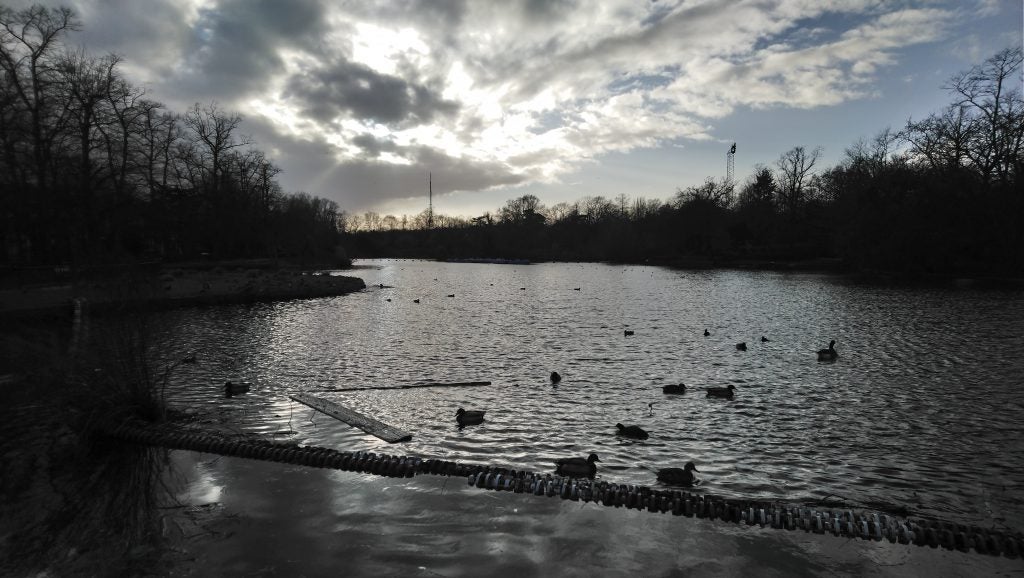 Just don’t expect too much at night. The Sony Xperia XA2 makes most night scenes, apart from the very darkest, look clear and bright enough. But aggressive image processing smoothes-out almost all fine detail in order to make the images look clean.

As with the daylight shots, they can look good before you zoom in. But do so and there’s just not much there. Some shots also have the “plastic” look of an overprocessed image too. 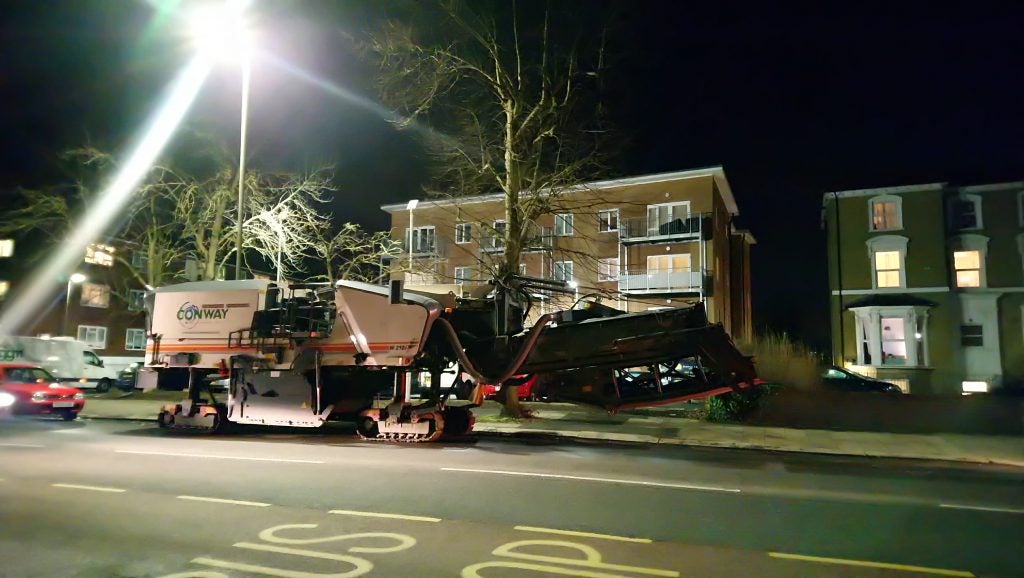 Here’s that “plastic” sheen in action

This “softer” look is actually seen throughout the Xperia XA2’s processing, but in daylight this is a positive. Most older Xperias produce images that look weirdly stressed and oversharpened close-up, where the XA2’s look processing style is more relaxed, and more natural as a result.

It hasn’t changed my mind on what you should look for in a phone camera, though. As of 2018, 12-megapixel phone cameras are still the best, especially if they have optical image stabilisation. The Xperia XA2 does not.

The phone also has an issue with exposure metering when you choose a focal point rather than just hitting the shutter button. It judges brightness based on the spot in the scene you touch, which often results in very overexposed skies, as you can see in some of these sample images. 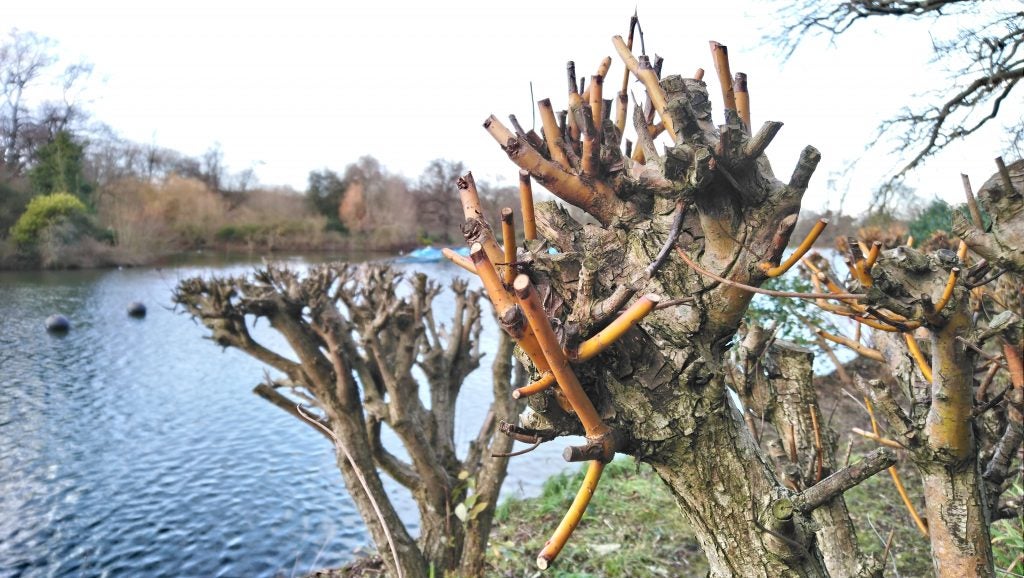 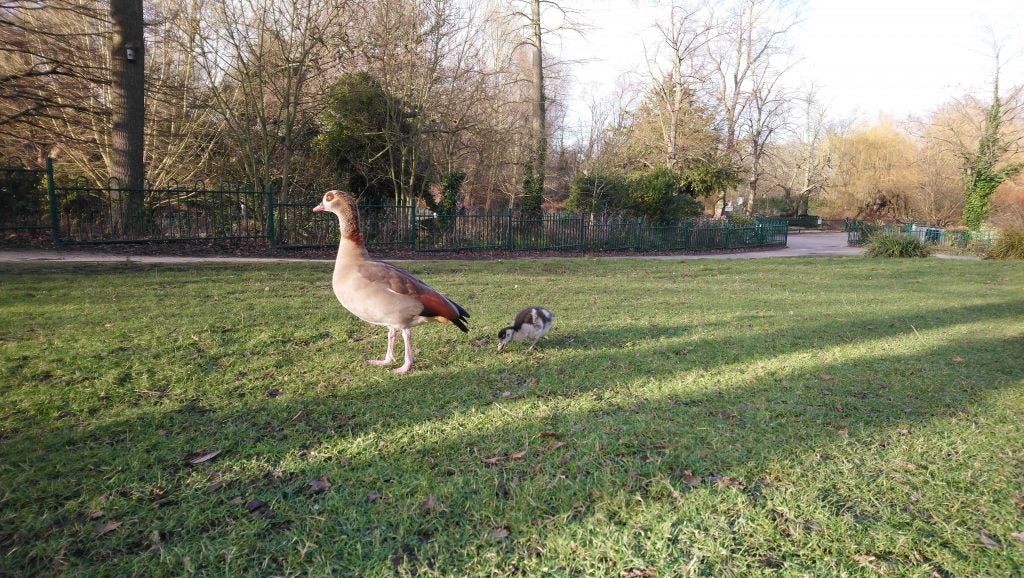 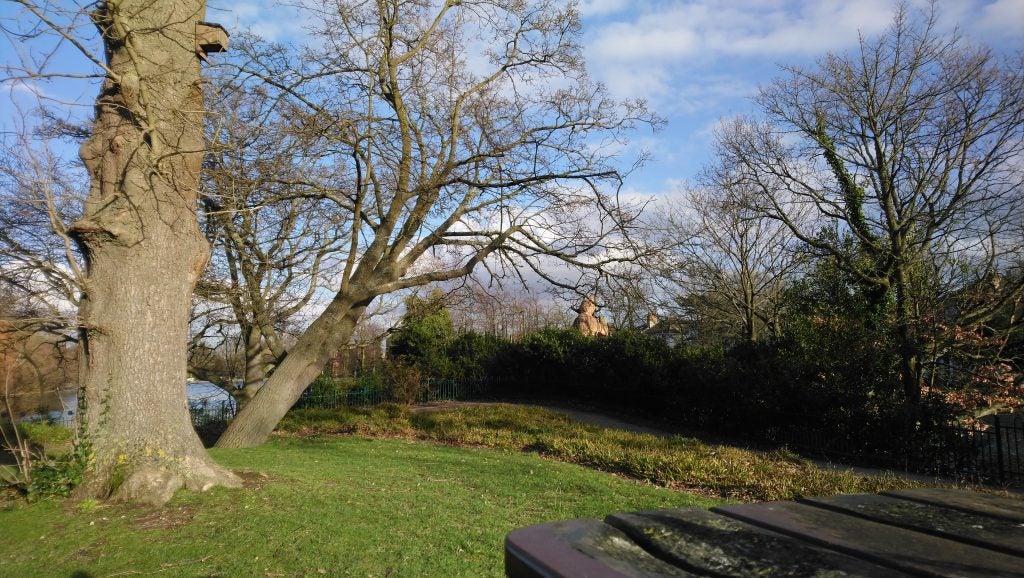 On the video side, the Xperia XA2 can shoot at up to 4K resolution.

Around the front, there’s an 8-megapixel camera. Its lens is so wide there are separate modes for group and lone selfies. However, as all this does is to crop into the view, you still end up with some slight lens distortion of close-up selfies. This isn’t flattering, particularly if, like me, your nose is already on the larger side.

Selfie image quality is OK, but little more than that. I’ve seen 8MP selfie cameras that look great in almost all conditions, but the Xperia XA2’s images start to look low on detail and flat with indoors lighting. 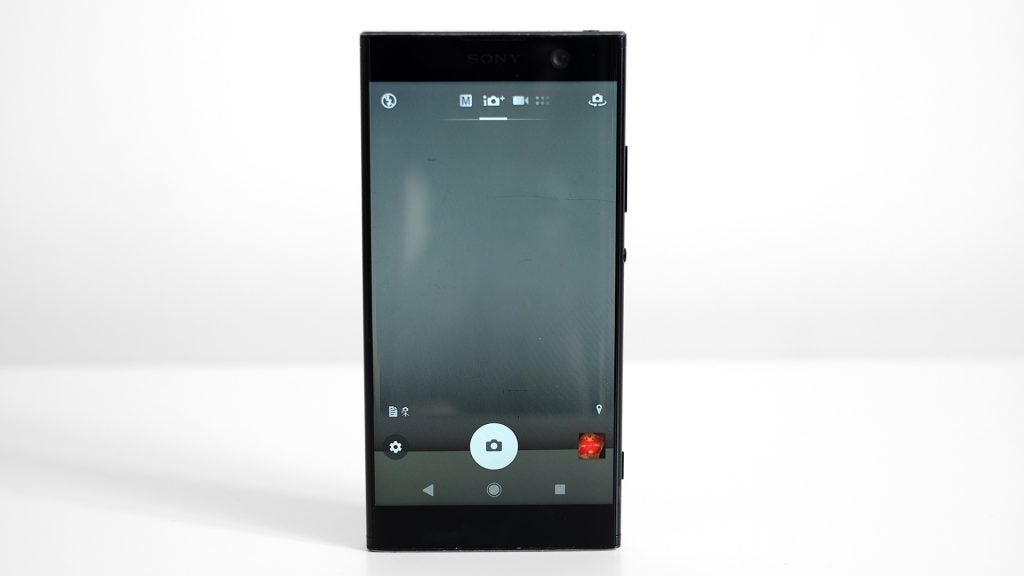 After seeing the Sony Xperia XA2 had a thicker frame and a 3300mAh battery, my main hope for the phone was it would last for ages between charges. I was after a repeat of the stamina of the BlackBerry Motion or Motorola Moto X Play.

The Sony Xperia XA2’s stamina is decent, but in my experience at least, not on-par with these battery giants.

I listen to a lot of podcasts, and this often killed the stamina of high-end phones in 2016 and 2017. The Sony Xperia XA2 holds up reasonably well, but I’ve found it disappointingly easy to run down by bedtime without hammering the phone too hard. 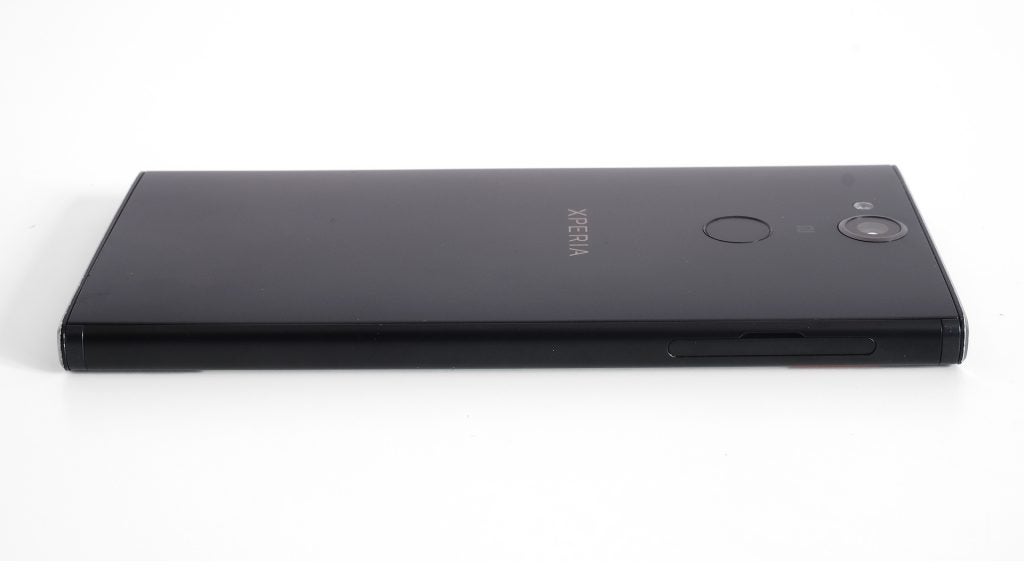 For my use, I’m still fairly happy with how long the Xperia XA2 lasts. If a phone can take some abuse without needing a 7pm top-up, it’s doing OK. However, I’ve also used phones with around this battery capacity that have lasted longer, getting me comfortably into the second day even with an audio streaming addiction in tow.

Sony also does not appear to supply a true fast charger with the XA2, just a standard 5V, 2A one. The phone still charges fairly quickly with this, but at £300 a proper fast charger (which the XA2 appears to support via Qualcomm Quick Charge) would be nice. 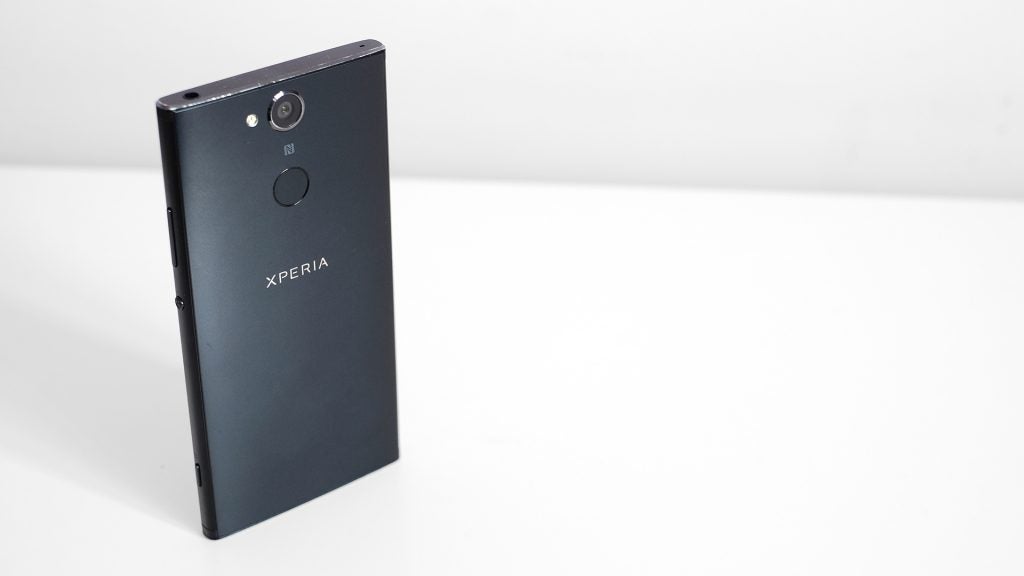 Should I buy the Sony Xperia XA2?

The Sony Xperia XA2 is a solid phone with a couple of minor disappointments, but nothing that sinks its reputation. Battery life is good, but not quite as good as we hoped. And, like recent Xperia flagships, it’s just not as dynamic as some of its recent rivals.

Where’s the 18:9 screen? And why is it this chunky when phones with similar battery capacity are much more slender?

To be honest we’re not that bothered about the Xperia XA2’s slight thickness issue. The phone feels and looks pretty good. Its main issue is strong competition and, typical for Sony’s lower mid-range phones, it’s only slightly competitive on price.

The Moto G5, G5S and their Plus variants (yes there are too many right now) are better value. The Huawei P Smart has a worse camera, but its slimmer 18:9 aspect design feels much more “now”. And such screens aren’t just a gimmick, we promise.

All that said, if you aren’t put off by our criticisms, don’t be put off a purchase. This is a perfectly solid, “nice” phone we’ve enjoyed using.