What is the Sony Xperia XA2?

The Sony Xperia XA2 is a mid-price Android phone. It’s more affordable than value giants like the Honor 9 and OnePlus 6, but more expensive than budget classics like the Moto G6.

Specs-wise it falls between these two categories, but is ultimately much closer to the lower tier. Like other Sony phones, it doesn’t set any new standards in terms of the sheer amount of phone you get per pound or dollar.

However, it’s a solid option whose camera performs better than some in daylight conditions.

This phone is thicker and heavier. And now 18:9 screen phones are starting to appear at lower prices, like the Huawei P Smart, the thin borders to the left and right of the display no loner stand out.

If you considered a Sony Xperia last time you upgraded your phone, you probably know whether you like Sony’s styling or not. Its phones are slick—looking moody rectangles. Bigger Sony phones often get called monolithic, but the more pocket-friendly Xperia XA2 simply seems a little heavy for the first day. Then you’ll probably forget all about it. It’s pretty pocket and hand friendly. 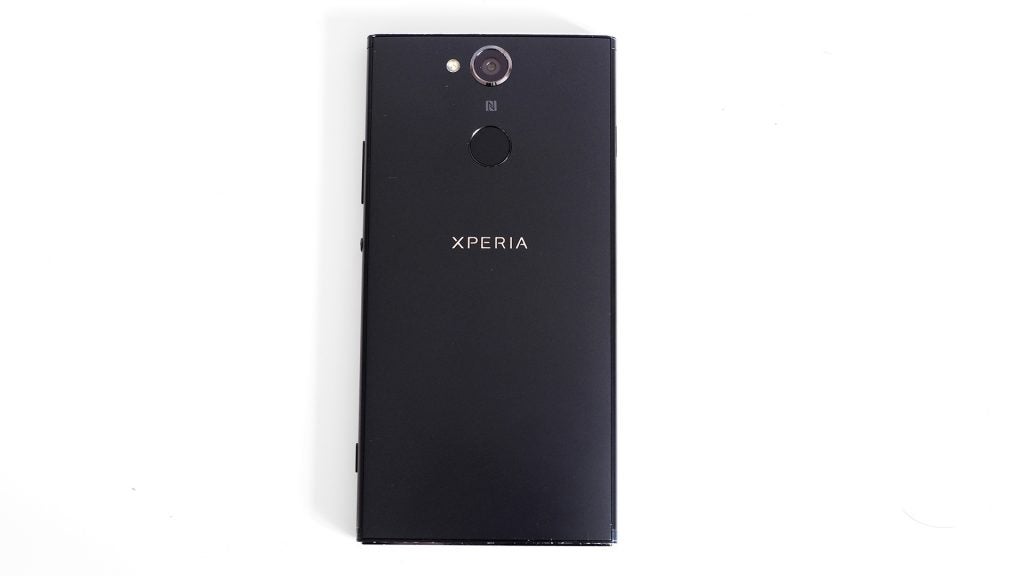 Its construction is also different to the top-end Xperias. Its sides are metal, the standard choice, but the back is plastic rather than glass or metal. Some of you may not mind: plastic doesn’t shatter, and doesn’t tend to show wear as readily as painted or coated aluminium. But it does mark the XA2 out as a lower-end model.

Other frills you miss out include water resistance — the XA2 has no official rating — and stereo speakers. Some Xperias use the call driver to act as a second speaker, but this one just has a driver on the bottom edge. Play games and the audio comes at you in plain mono, and clearly from one side. 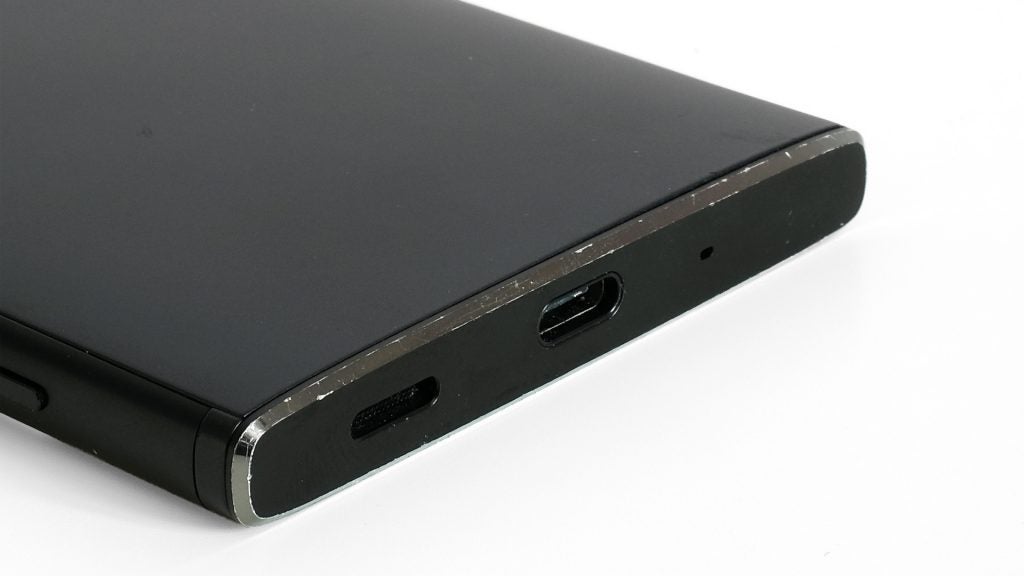 That said, sound quality is fine. It’s not too thin, and manages to compete with the sound of a shower, as you’re in it.

The fingerprint scanner is good too. It sits on the back, and indented circle, and is reasonably fast and very reliable. Storage is only the norm for the price, 32GB, but this is a Sony phone, not a deliberatly disruptive Honor or Xiaomi. 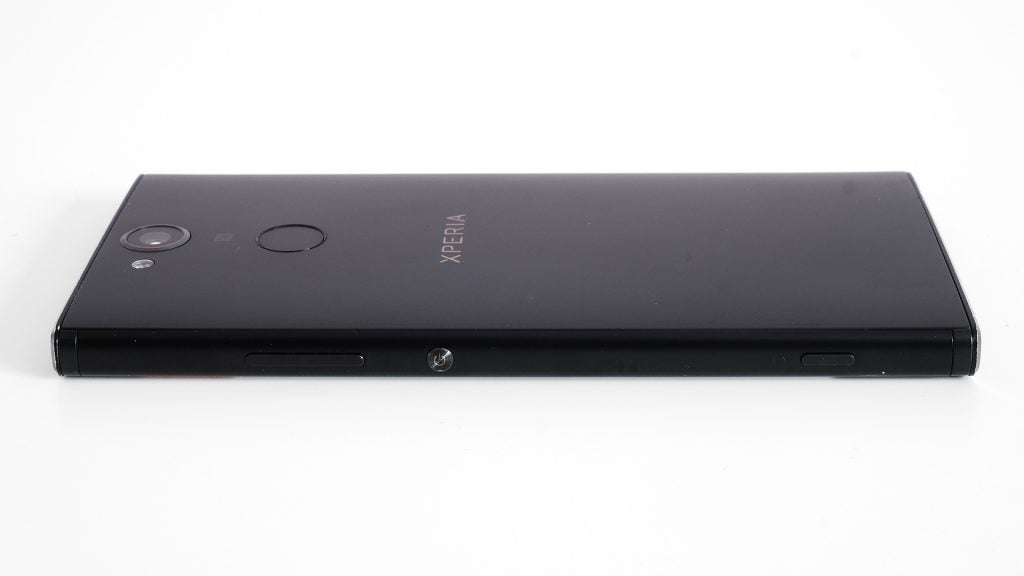 One of the Sony Xperia XA2’s main upgrades over the XA1 is screen resolution. It’s a 1080p display, the last was 720p. However, if Sony tried to sell a 720p phone for £299 in 2018, it’d get laughed out of Carphone Warehouse. Metaphorically.

Sony gives you a great choice of screen characters. With no display optimisation at all, the Xperia XA2 looks very calm and natural, very “sRGB”, for the screen nerds out there. Most of you will find this mode a little low energy, though. 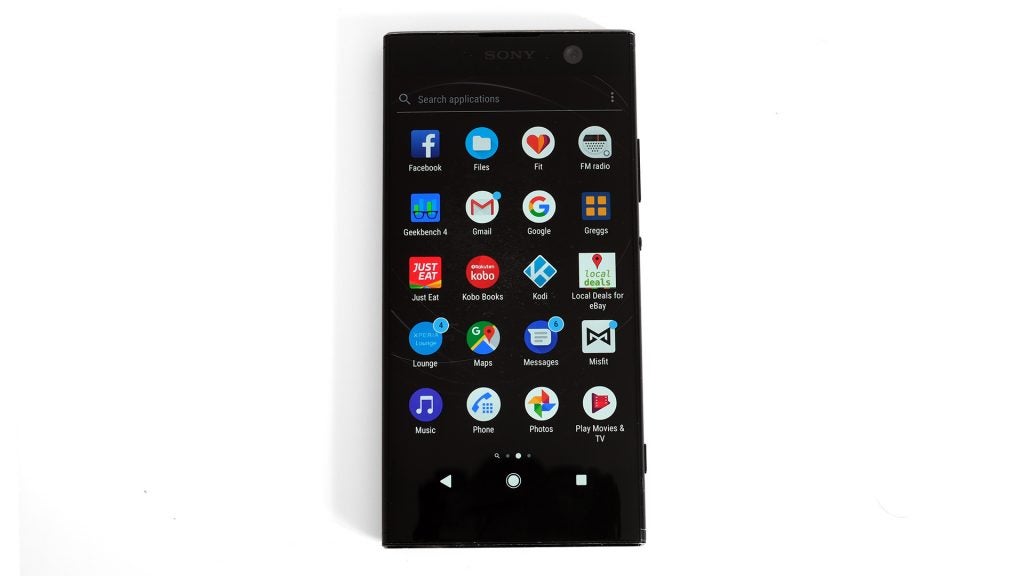 There are also Standard and Vivid modes, and Vivid gets you much closer to the highly saturated style of your average £500-800 phone. I often turn my nose up at screens with too-strong colour, but Sony always seems to pull it off well.

Typical of Sony, the Xperia XA2’s screen tone is one the cool side, every-so-slightly blue-ish, but you can alter this with colour temperature controls.

This isn’t a super-fancy screen. It’s not an OLED, doesn’t have ultra-high pixel density or a curved panel, but the Xperia XA2 display doesn’t actually look that far off that of a more expensive phone, quality-wise.