Sony is marketing the Xperia X as a “flagship” device, pricing it between £459 and £529 in the UK. However, it isn’t powered by the de facto high-end CPU of 2016 in the form of the Snapdragon 820. Instead, you get the Snapdragon 650. This is slightly better than the Snapdragon 617 used in the Moto G4 – a phone that costs a mere £169 – and is also use by Xiaomi in its equally affordable Redmi Note series.

When it announced the X series, Sony also showed off the X Performance – a spruced up X, with a Snapdragon 820. However, Sony seems to have said this unit won’t officially be coming to the UK, which is baffling. 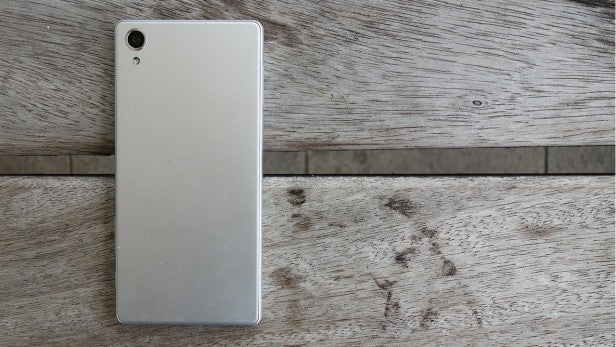 The 650 CPU of the Xperia X is paired with a healthy 3GB of RAM and an Adreno 510 GPU – again, neither of which can be considered high-end. Internal storage stands at 32GB, and is propped up with a microSD card slot.

I have few qualms with the day-to-day use of the Xperia X. Opening up apps, browsing fairly basic sites and playing casual games are all done with ease. If you do little else than emailing, messaging and browsing Facebook then you won’t be longing for a faster CPU.

If you like to push things a little harder then you might run into issues. Overly image-heavy websites take a while to load and you’ll struggle if you want to edit RAW snaps. It also has a tendency to become warm, especially when watching videos and playing games.

In our standard suite of benchmarking tests, the Xperia X falls behind some of its similarly priced competition. Its 3,691 score in Geekbench 3’s multi-core falls short of Huawei P9’s 5,065 and the LG G5’s 5,172. It’s scores are more in line with the Honor 7, with costs £250.

Sony’s continued support for the Hi-Res audio standard is once again present here, and it’s great. Audio through headphones sounds excellent, and the dual stereo front-facing speakers are decent too. They lack the oomph of BoomSound on the HTC 10, but there’s enough bass for basic music listening and a good hit of volume. 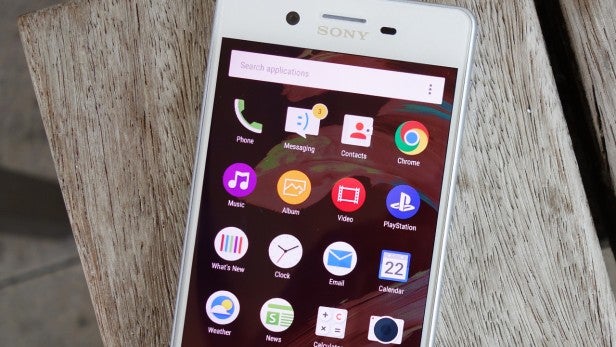 Oddly, the Xperia X is the first phone in a while to suffer issues with phone quality and Wi-Fi signal. In my modest (okay, tiny) two-bedroom flat, I haven’t come across any device that struggles to stay connected to the the router, even in the furthest away room. Yet, the Xperia X does. Phone signal, on Three’s UK network, is also consistently is two or three bars below other phones.

One of the highlights of the Sony Xperia X is its approach to software. This is really because, instead of overlaying Android with an ugly skin, Sony has kept it simple with a pretty much stock version of Android Marshmallow 6.0.1.

This is the best software I’ve ever used on a Sony phone. It’s clean, smooth and doesn’t try to overdo it with swathes of useless additions. 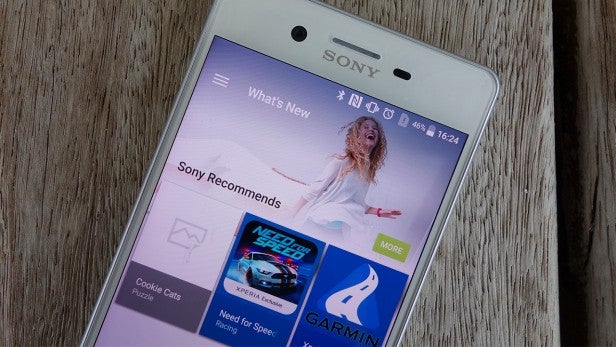 It’s one of the few instances where well-thought out extras over the top of vanilla Android actually make it better. There’s a clear-all button in the multi-tasking bar; you can add in your icon packs and edit the quick-settings menu. They’re minor changes, but they help usability no-end. You can swipe down from the homescreen to access an iOS-like search bar, too.

Where Sony falters somewhat is in its plentiful bloatware. There’s the usual duplicate apps, alongside a number of Sony’s own creations, such as Movie Creator, Sketch and What’s New. My biggest issue with the bloatware is the incessant notifications they all seem to throw up. In my opinion, notifications should have to be turned on by the user, manually; not automatically. Yes, I can turn them off, but I shouldn’t have to. 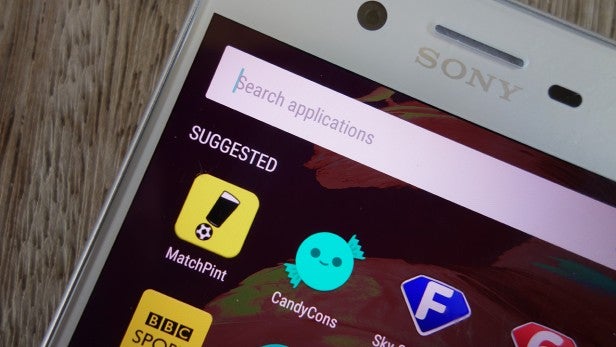 Remote Play is still present for beaming games from your PS4 – although why you’d want to stream, say, Uncharted 4 onto a 5-inch display is beyond me – and the Music app supports a number of high-res files types.

I’m a little cautious about future updates. The Sony Xperia Z5 Premium that’s sitting gathering dust in my desk drawer is still stuck on Android 5.0.1, so who knows when the X might see an update to the final version of Android N.