What is the Sony Xperia X?

It’s a mid-range phone with a price tag that matches the high-end LG G5 – a baffling misstep.

Sony is an iconic brand. Growing up, I was surrounded by tech products bearing the company’s logo. Think the PlayStation 2, the VAIO line of laptops and, more recently, the RX100 range of cameras. Yet, in that time Sony hasn’t quite managed to transfer the flair of the aforementioned products to its lineup of phones.

The Sony Xperia X looks just like the Xperia Z3+. And the Z3. And the Xperia M5. And pretty much every phone the company has released in the past five years.

It isn’t an ugly phone by any means; it just lacks imagination. Both the front and back are flat, while the sides are slightly rounded with pronounced corners. It isn’t particularly thin, but its fairly compact nature makes it easy to grip in one hand. 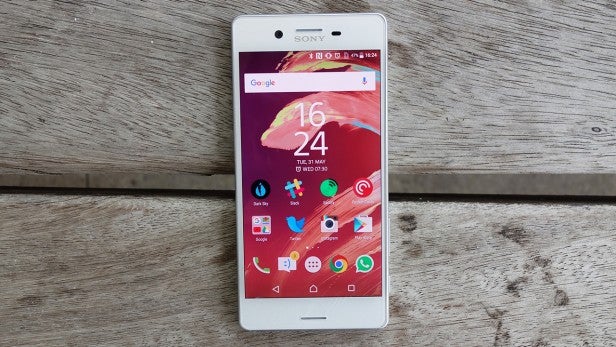 One improvement over the previous Xperia Z handset is the rear, which isn’t glass, but brushed aluminium. It has a slight texture, and is no longer a magnet for sticky fingerprints and oily residue.

Along the side of the phone sit an elongated lock button with an embedded fingerprint sensor, volume rocker and a dedicated camera button. I have a problem with each of these.

First, the fingerprint scanner is mushy, has barely any give and seems unreliable. There’s no doubt that it’s quick, but it often pops up with the message “Fingerprint hardware not available”, and out of 20 attempts it failed seven times. Bizarrely, the volume switch is positioned towards the bottom, making it a pain to reach. 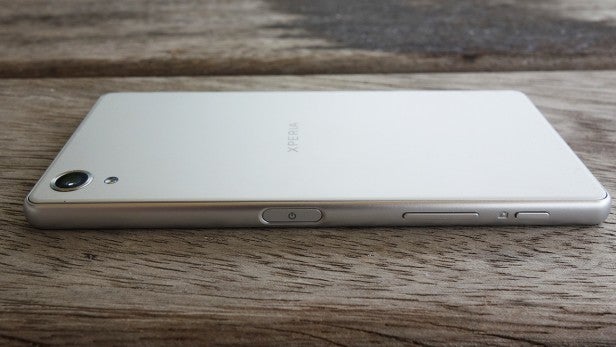 I do like that Sony has stuck with its dedicated camera button, but like the others, it’s mushy and requires a lot of pressure to push. Another little annoyance in a phone where there are so many.

On the other side is a SIM-tray – no annoying SIM tool required – that holds both a nano-SIM and microSD card, but every time you open it, it automatically restarts the phone. I’d understand this if the phone supported Marshmallow’s adaptable storage feature, since you’re not supposed to take out the SD card when the phone is on – but it doesn’t.

Sony’s phones have a history of being water-resistant, but the Xperia X isn’t. The isn’t a major omission, but the feature would have at least given the Xperia X something to make it stand out from the crowd. 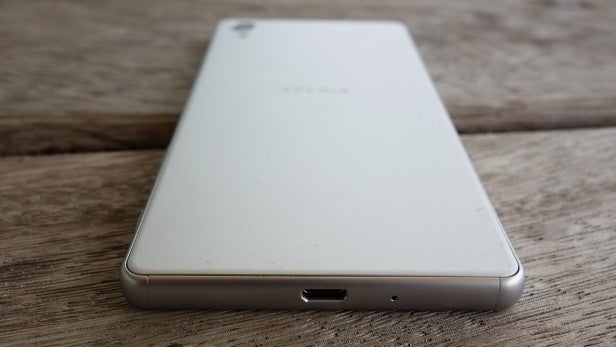 Sony made headlines last year when it unveiled the Sony Z5 Premium, the first phone with a 4K screen. People gushed and were in awe – just think of all those pixels. Then the realisation set in that the 4K was limited and that 99% of the time it was a plain-old 1080p panel.

While the same trick isn’t played here, a whole host of buzzwords and tech jargon has been used to describe the 1080p, 5-inch LCD panel in the Xperia X. It’s a “Triluminos Display for Mobile”, with an “X-Reality engine” and “Dynamic Contrast Enhancement”.

All you really need to know is that’s it’s a decent display. One of the better ones out there and definitely one of the brightest. It might not be quad-HD, but the 1,920 x 1,080 resolution is still fantastic when spread over a 5-inch display. The smaller screen means it isn’t great for media, but pixels on photos and games are virtually impossible to spot. 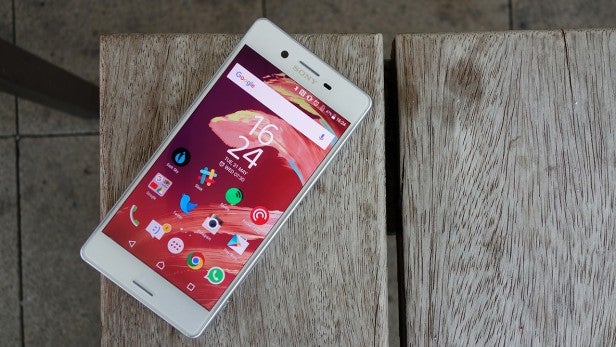 Blacks are deep, colours are accurate and viewing angles are fantastic. There’s no discolouration when you tilt the phone to the side, something I found very obvious on the HTC 10.

Since it’s an LCD panel, colours aren’t quite as vibrant as those on the OLED panels favoured by Samsung. But, realistically, unless you’re holding both phones next to each other, you’re unlikely to notice the difference.

Sony’s screen isn’t entirely free of issues, though. Since the maximum brightness is so high, it becomes even more obvious when the auto-brightness doesn’t work. I’ve unlocked the phone in the pitch-black at night to find that it’s lit up the whole room; similarly, I’ve tried to use it in the bright sunshine and it’s unreadable.