The Sony Xperia Tablet S comes preinstalled with a neat-looking Sony Walkman app for music, along with a Sony-made Movies app for videos.

The Movies app is particularly notable. Not only does it offer high-definition .MKV file support, but it also features a much better interface than the vanilla movie player of Ice Cream Sandwich. That said, it still failed to play some of our test files, including relatively non-taxing DivX and Xvid videos. 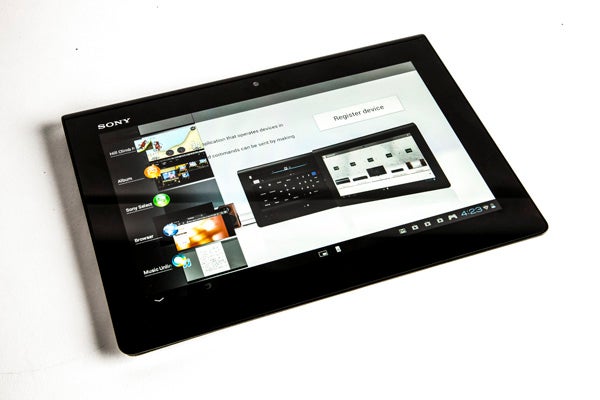 Sony Movies is able to pull in cast information and a synopsis, based on the title of the file. This only works if you have a well-organised movie collection, but it’s a neat extra nevertheless.

Sony Movies also offers inter-device streaming using what Sony calls Throw. This uses DLNA to let you stream from a Sony tablet to a Sony TV. Alternatively, Sony offers an HDMI adapter for the Sony Xperia Tablet S’s proprietary port – although this does not come bundled with the tablet.

The Sony Walkman music player app doesn’t expand the Sony Xperia Tablet S’s media abilities in the same manner that Movies does – it wouldn’t get our FLAC files playing, for one – but it does again offer a pretty, tablet-optimised interface.

The Walkman app also features SensMe – a Sony staple that analyses your music and separates it into moods, like Upbeat, Extreme, Mellow and Emotional. It’s reasonably effective too, and is a good way to save time otherwise spent making mood-based playlists.

The Sony Xperia Tablet S offers a pretty good spread of pre-installed apps, and of course you are always free to shop at the wide-ranging Google Play Store to load it up with even more.

With a 6,000mAh battery, the Sony Xperia Tablet S doesn’t have a huge battery. However, as its screen is so relatively low-tech, it doesn’t really need much more.

Set to play video, the tablet’s battery will last in excess of eight hours, which is decent enough for a tablet of this size.

The Sony Xperia Tablet S offers two cameras – an 8MP rear sensor and a 1MP front-facing video call camera. Although the main sensor has a good megapixel count, it doesn’t have an LED flash and so is pretty useless once light levels fall below optimum. 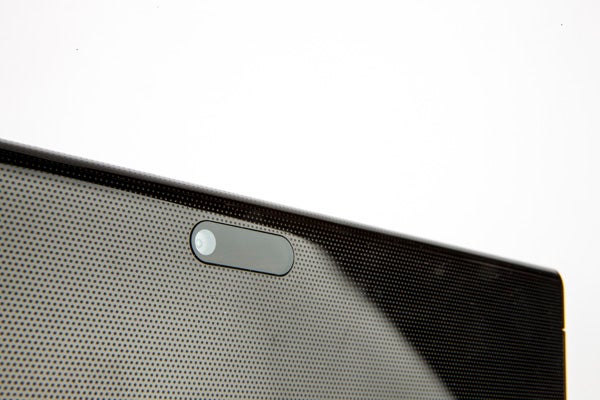 Used in poor light and the camera struggles. Dark areas become blotchy and purplish in anything less than daylight-bright, and detail falls apart too. The one saving grace is that the Xperia Tablet S offers reasonably quick touch focusing, making it easy enough to use even if its photographic results aren’t worth shouting about.

In addition to shooting regular still images the Sony Xperia Tablet S also offers a panorama mode and 1080p video capture. It supports continual autofocus while shooting video too, although you don’t have manual control over the focal point.

The Sony Xperia Tablet S solves many of the problems of its predecessor. It’s thinner, feels better-made and offers reasonable specs too. However, its price simply doesn’t feel competitive, especially now that Sony offers so much more in the Sony Xperia Tablet Z, which only costs around £50 more. 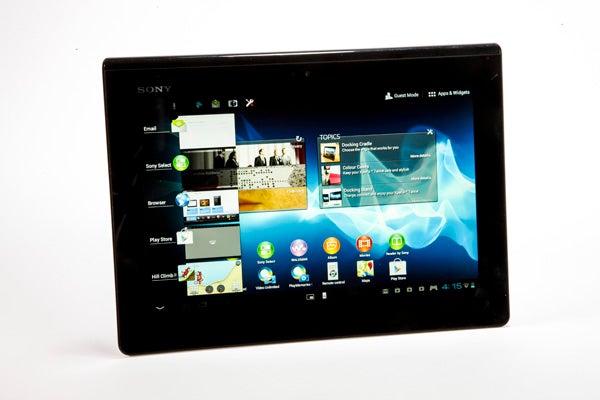 The Sony Xperia Tablet S is a pleasant-enough tablet. Not everyone will like the folio-style design, but it has its benefits, plus it’s a whole lot slimmer than its predecessor. That said, Sony hasn’t been aggressive enough in its pricing of the Tablet S to compensate for its mediocre screen and relatively low-power processor. With the Google Nexus 10 on the scene, the Sony Xperia Tablet S simply doesn’t offer enough bang per buck to earn itself a recommendation.