What is the Sony Xperia T3?

The Sony Xperia T3 is a 5.3-inch Android smartphone with a super-slim body. It doesn’t steal the Huawei Ascend P6‘s status as world’s thinnest, but it’s not far off. With Moto G-like specs and a £299 SIM-free price, it’s in the same big mid-range phone bracket as the HTC Desire 816.

A cross between Sony’s enormous Z Ultra and the Xperia M2, the T3 is a decent big phone for watching video if you can’t afford to pay the extra for a more expensive phone with a superior quality screen. 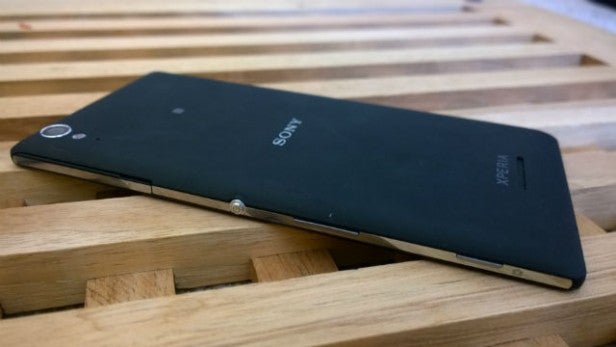 Sony has found a formula it clearly thinks gives the Xperia range a more distinguishing and stylish look compared to rivals and it’s largely intact for the T3. It’s not the full glass outfit like the Xperia Z2 is but a halfway house between top-end and mid-range Sony phones. That’s not to say it’s any less attractive and it’s not really surprising it doesn’t get the same luxurious treatment as the Z2 when you consider the price difference.

There’s glass up front and a plastic back that’s not removable and comes in purple, white or black shades. But the real standout quality is just how slim the T3 is. Sony claims this is the world’s slimmest 5.3-inch smartphone and the feel reminds us a little of the Z Ultra, Sony’s huge 6.4-inch phone.

Like the Z Ultra, the T3 is light as well as skinny. It weighs 148g and measures at just 7mm thick. It’s roughly the same size in the hand as the HTC Desire 816, but it’s not as tall as the HTC phone and has flatter, less accommodating edges than the curvy 816.

There are other areas of familiarity here, like the silver trim and metal buttons with a dedicated camera button and the headphone jack situated up on the top edge. Camera and speakers are around the back while a micro SD card slot on the right edge means you can expand 8GB of on-board storage up to 32GB.

One surprising omission is the lack of waterproofing. That’s signalled by the lack of latches to cover ports. When this feature has become one of Sony’s big selling points, it’s disappointing not to see this on the T3. 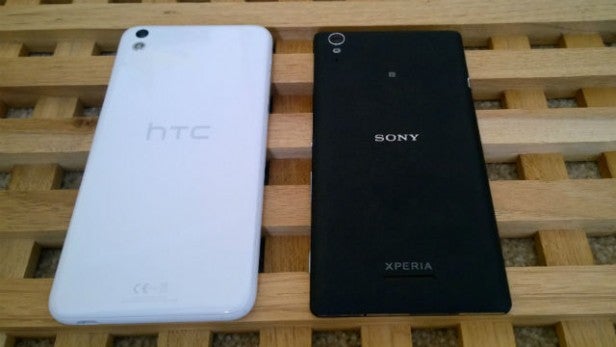 The Sony and HTC Desire 816 side-by-side

The large body is down to Sony’s decision to feature a 5.3-inch screen. That’s larger than the displays on high-end phones like the HTC One M8 and Samsung Galaxy S5 giving it the stature of a more expensive phone than it actually is.

Despite that, this is still a very good 720p HD screen that’s particularly good for watching video and playing games on the go. Sony also throws in its Bravia TV engine and Triluminous display technology to help make it more video-friendly.