While Sony’s Android UI was once heavy, re-skinning the majority of Google OS, it’s now much lighter.

Yes, there are a few visual tweaks – the app drawer features a transparent background and a couple of the default apps are Sony’s, rather than Google’s – but it’s by no means an eyesore.

But even six months after its arrival, Sony has yet to update its fleet of devices to Android Marshmallow. That means the Sony Xperia M5 is still running Android 5.1 Lollipop. To my mind, it’s unacceptable for a brand new phone to launch with an old version of the operating system, especially when updated take so long to arrive.

Sony has also added a lot, and I mean a lot, of its own apps to the Xperia M5. You’ve got its three preloaded media apps, three separate ones for PlayStation, the Xperia Lounge (this is basically a useless place for lots of adverts) OfficeSuite, AVG protection, Kobo Books and more that I won’t bore you with here. A few of them you can uninstall, but it’s still a pain that they’re there at all in the first place. 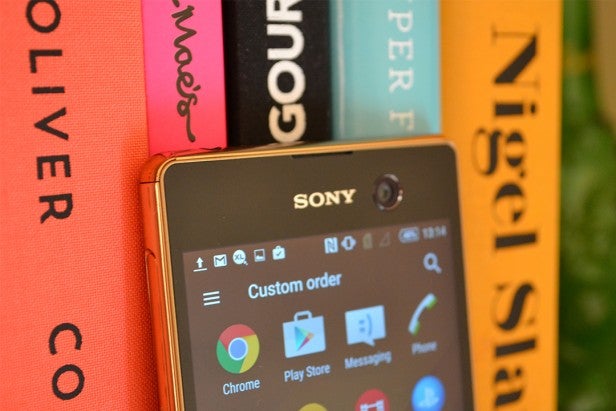 Instead of choosing a mid-range processor from Snapdragon, Sony has plumped for a Mediatek Helio X10 CPU. This 64-bit octa-core chip might not be a household name like its more illustrious competition, but don’t let that put you off – it’s a fine performer here. There’s 3GB RAM too, something you don’t always see at this price.

I’d even go as far as saying the Xperia M5 is a better performer than the Snapdragon 810 toting Z5, simply because it doesn’t fall foul to some of the bugs I ran into when using that phone. General performance is fantastic – there’s almost no lag browsing Chrome, sending emails and opening up the camera (something that really let the Z5 down) and a tough workload of apps with ease.

Gaming is a similar story. The majority of games I play on a regular basis (Monument Valley, Threes, Lara Croft Go, Ski Safari 2) are all free of dropped frames and play perfectly fine. Hitman Sniper, a game I would still say is one of the most demanding available on Google Play, performs less impressively, but it’s still playable. 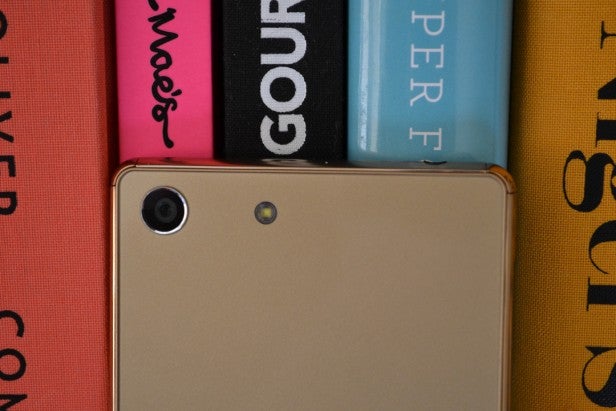 There’s 16GB of internal storage which can be upped through a microSD card, though as this isn’t running Android 6.0 you won’t be able to use adoptable storage.

Sony loves claiming its phones will last two days, but I have yet to find one that can actually last from, say, Monday to Wednesday morning. Even with the stamina mode turned on – which makes the phone feel noticeably sluggish – the most I’ve managed is about a day and a half.

Without the battery saving mode on, I can easily go a day without hitting the red. A normal day of usage typically leaves me with between 15-20% left by about midnight, which drops to 8-10% if I leave it uncharged overnight. 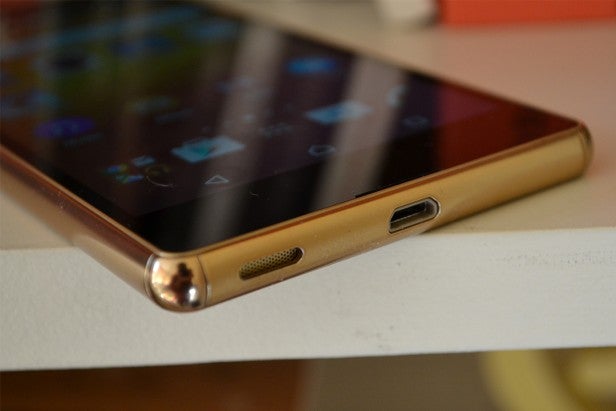 There’s also quite a big drop in battery when I stream Netflix. A 40-minute HD episodes eats through about 12%, while a film can take as much as 25%. It’s a similar story with gaming – a 30-minute bout of Monument Valley takes the battery down 10%.

A full charge take just over an hour, which is about what I would expect from a phone with a 2,600 mAh battery, but there’s no wireless support.