If you like megapixels, you’ll love the Xperia M5 becuase it’s got a whole load of them. On the back there’s a 21.5MP sensor that boasts the same Exmor tech used in the brand’s excellent compact cameras, but the big news is the front-camera. Up front there’s a 13MP sensor, which matches a lot of phone’s main camera. 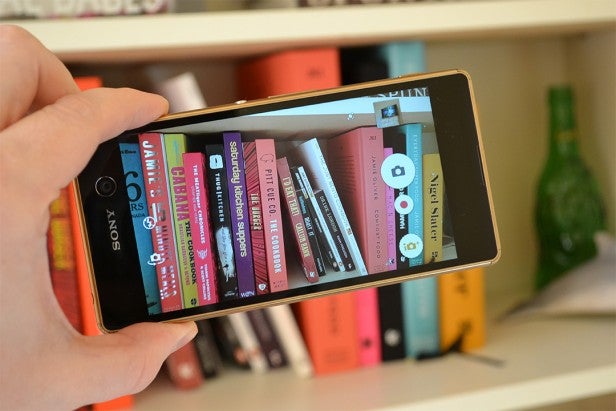 As Sony is clearly looking to bring in the selfie crowd with the Xperia M5, I’ll start with the front-facing camera. Unlike most phones where the sensor fades into the background, the one here is instantly recognisable. It’s huge, even larger than the camera on the back of the iPhone 6S Plus.

It’s a decent performer though, focusing almost instantly on my face. You can even set it to automatically snap a shot when you smile, but it didn’t seem to like my face as it never thought I was actually smiling. 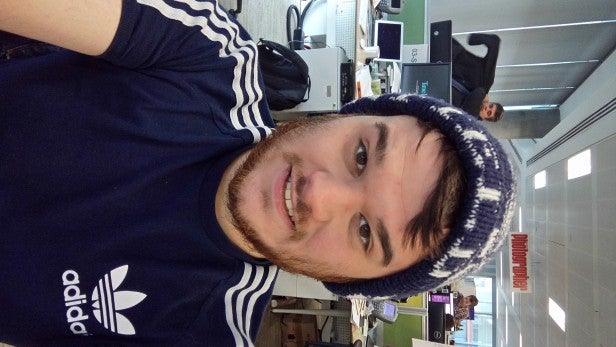 Selfies look good, even though it makes skin a bit too smooth for my liking

The pictures, for a front-facing camera anyway, are mostly good. There’s plenty of detail in the backgrounds and a wide gamut of colours, but they have a tendency to look a bit soft. Even with the ‘Soft Skin effect’ option switched off, faces look too smooth and a little weird. 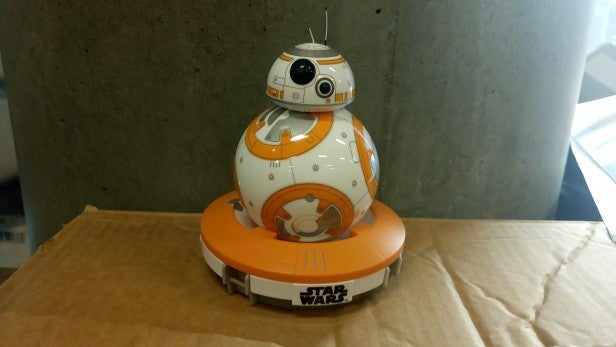 Close up shots look better than landscape ones, but there’s a lot of post-processing going on

I’ve got some similar problems with the rear-facing camera. Pictures tend to look too soft and over-processed and even though there’s plenty of megapixels at play here, detail is lacking on wide landscape shots. Things improve when you’re taking macro shots and it manages surprisingly well at capturing movement, but it’s still a little bit disappointing.

Low-light shots are nothing special, but they’re usable. When the camera knows you’re not in the best of light it’ll switch to a low-light mode that makes sure shots are bright, but it seriously overexposes light sources. 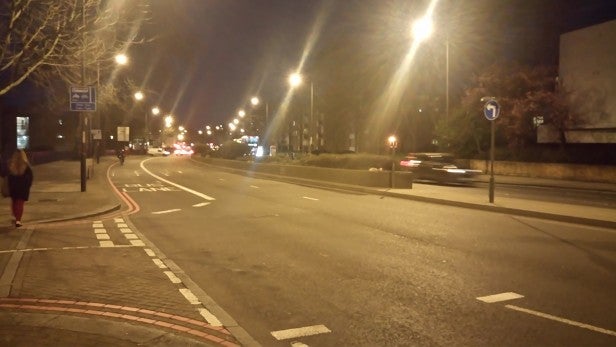 Night time shots are bright, but overexposed and lacking detail

The UI for the camera app is just like that on its higher-end phones – it’s just too jam-packed with gimmicky additions for my liking. There’s some useless AR masking features, a shot and sound mode to add some noise to your photos and a couple of others that just clog up space in the menu.

There is a nice manual mode though, which lets you pick a scene (beach, night or sports for example) and gives you granular control over white balance, but the results weren’t that much better than just sticking to the ‘Superior auto’ mode.

You can shoot 4K video, a nice feature for a mid-range phone, but Sony’s decision to use its own Steady Shot software stabilisation instead of building OIS into the lens leads to very shaky footage.

Sony likes to shout about specs when it comes to its phone cameras and its sensors are easily the best in the business, but I feel its overbearing software hampers the results too much.

Don’t get me wrong, the Xperia M5 can take good photos and even better selfies, but with all the tech inside these lenses I was expecting more. 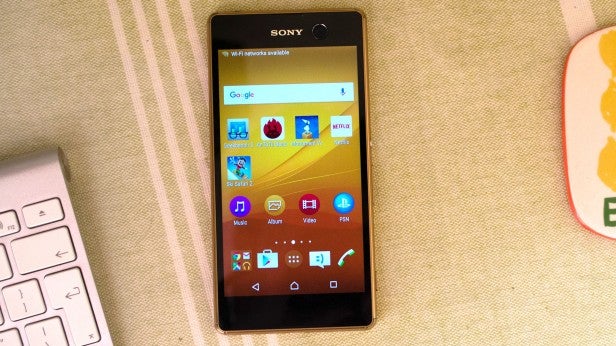 Should you buy the Sony Xperia M5?

While Sony’s flagship phones fall into the abyss of being nothing out of the ordinary, the Japanese brand’s mid-range offerings are much more enticing.

For £299 SIM-free, the Xperia M5 is a great buy. It’s fast, easily lasts the day (though not the two days Sony claims) and takes a decent picture once you’ve worked out the jam-packed camera app. It’s waterproof too, and can be easily used with one hand. Something that’s getting quite rare.

I wish Sony would alter its design strategy a bit, though. We’ve seen so many Xperia phones that look almost the same, it’s hard to get excited about them any more. But it’s not an ugly phone, well maybe the gold one is, but the other colours are much more on the subtle side.

Ultimately, it’s an interesting alternative to the Nexus 5X (also £299). Purists might prefer the pure Android and fingerprint scanner on the Nexus, but the M5 offers something different provided you don’t mind the lack of Android updates.

Sony’s design bores again, but the Xperia M5 is a great, speedy little phone with a strong display and plenty of handy additions.