What is the Sony Xperia M5?

Sony’s mobile division is in a strange place right now. It’s killed off the Z series and launched the Xperia X and Xperia XA without altering the design formula it’s used for years.

Now, the Japanese brand’s flagship phones have come in for a bit of flak from us, but I’ve always liked its more budget and mid-range phones oriented.

Last year’s Xperia M4 Aqua was great and the Xperia M5 once again offers great bang for the buck, especially if you’re after a water-resistant phone.

Either Sony really, and I mean really, loves its ‘omnibalance’ phone design, or it simply doesn’t have the designers available to make anything different. On first glance, the Xperia M5 looks just like any other Sony smartphone released in the last three years. 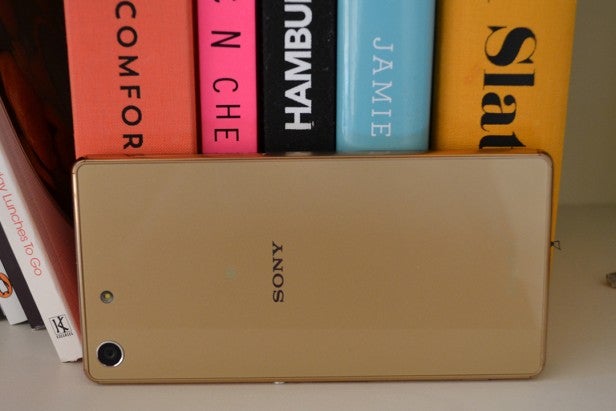 The front and back are flat, while the sides are rounded with prominent corners. Unlike the pricier Xperias, the M5 is mostly constructed from plastic, which means it feels less fancy than its SIM-free price suggests.

There’s no fingerprint scanning button on the side like on the Z5, replaced by the more familiar circular lock switch. Below that is the volume rocker, and further down is the camera shutter button. I still appreciate a physical button for the camera – it makes jumping to it from anywhere easy and quick – but they’re a bit mushy and hard to press.

The opposite side features a cover that when popped off reveals the SIM card slot and tray for a microSD card. It’s quite tricky prizing out the inner trays, but it’s hopefully something you won’t be doing all that often. 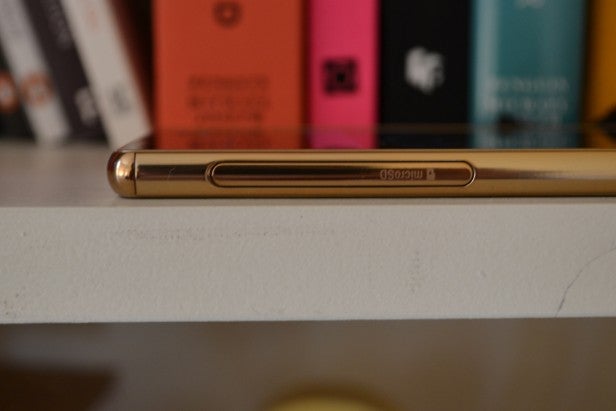 It’s compact, perfect for one-handed use and as long as you don’t plump for the awfully gaudy and downright ugly gold option I’m using for review you’ll bag yourself a nice looking phone. Yet, Sony needs to stop resting on its laurels and do something a bit different with its design eventually.

One of the biggest selling points for the Xperia M5 is that it’s waterproof. This feature is nothing new for the Xperia series, in fact it’s been one of the mainstays since the Xperia Z hit, but it’s still nice to see it sticking around. The Xperia M5 holds an IP65/68 rating, which means that it can withstand light water jets as well as full immersion, and is thus more water resistant than the Samsung Galaxy S7 and its IP68 rating.

It’s rated to handle 1m of water for 30-minutes, though don’t try dropping it in a keg of beer. It won’t end well. 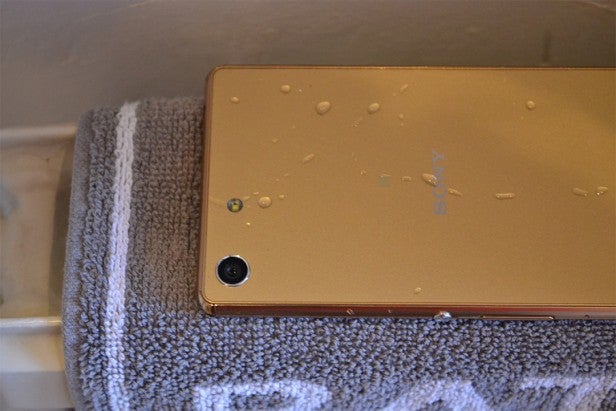 At 5-inches, the Xperia M5 is fairly typical and some might deem it a ‘smaller’ phone these days. It still packs a 1080p resolution though, which combined with a smaller size makes for a very sharp display.

I loved the screens on the Xperia Z5 and while the 4K gimmick on the Xperia Z5 Premium was an absolute joke, it still had a lovely 1080p panel. Thankfully, the M5 retains this quality as it once again has a fantastic screen. Especially at the price.

Aside from the fact it’s an absolute fingerprint magnet, the LCD display is vivid with accurate colours. Viewing angles could be better though as there’s an obvious loss of contrast when you tilt the device to the side. 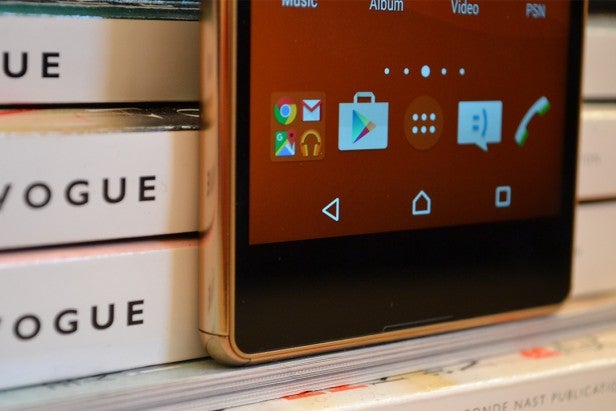 For me, 5-inches is too small to use this as a media device – even though films look great, with deep blacks – but it’s ideal for bouts of mobile gaming.

It’s not all perfect, though. By modern standards the bezel above and below the screen is very large, especially given there’s no physical home button. I’d rather see something like the Xperia XA, which almost eliminates the bezels and improves the look no end, but it’s not a huge problem.

Brightness is the greater concern. Even on full whack, it lacks any real punch and it pales in comparison to even cheaper phones like the BQ Aquaris X5.