The Sony Xperia M4 Aqua is an Android smartphone, and runs on Android 5.1 Lollipop. That’s the latest version of Google’s operating system, and it’s both slickly designed and easy to navigate.

Like most manufacturers, Sony has added its own spin to Android in the form of new features, wallpapers, and apps – Music, PlayStation, Movies, and Xperia Lounge, to name a few. The PlayStation app is a useful way to keep keep tabs on your PS profile on the move, and the Xperia Lounge gives you a chance to enter some exclusive competitions.

Some of the bundled software can be uninstalled, although a few items can only be disabled, which means they still take up storage on the device. That’s not great for a phone with a paltry 8GB of memory. 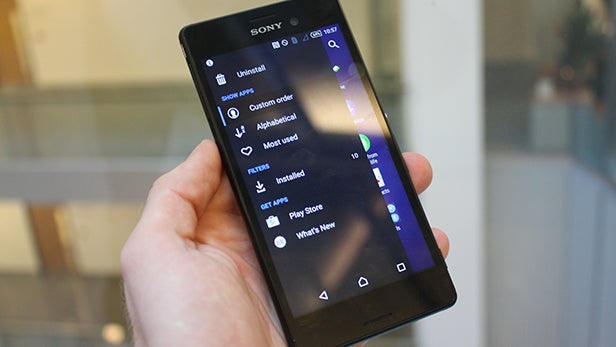 What you probably want to know is whether the Sony Xperia M4 Aqua will get an upgrade to Google’s upcoming Android 6.0 Marshmallow? Unfortunately, we don’t have the answer to that just yet. Sony won’t announce its update schedule until later this year. However, considering this is a relatively new Xperia smartphone, there’s a good chance it’ll see Android 6.0 at some point in 2016.

The Sony Xperia M4 Aqua uses Qualcomm’s Snapdragon 615 chip. This is a new-ish mid-range processor that only launched back in February. We found it performed well on the phone. It has eight cores clocked at 1.46GHz, which makes it capable of handling most tasks well. The phone did suffer some sluggishness when trying to run content-heavy apps – Snapchat was prone to crashing when playing videos – but its performance was otherwise fine.

The phone also works well for gaming, although we find the EE Harrier performs slightly better, despite having the same chip. We played a number of games on the M4 Aqua, including Crossy Road, Tetris, and this reviewer’s favourite title – Robot Unicorn 2. The phone handled the games well, but there were occasional bouts of sluggishness and the handset did get warm very quickly.

We tested the Sony Xperia M4 Aqua on the 3DMark’s Slingshot simulation, which gives us a rough idea of the gaming credentials. The phone scored 439 on the benchmark, which isn’t great. However, it still beats the Alcatel OneTouch Idol 3 (175), the Vodafone Smart Prime 6 (173), and even the more expensive Moto X Play (217). 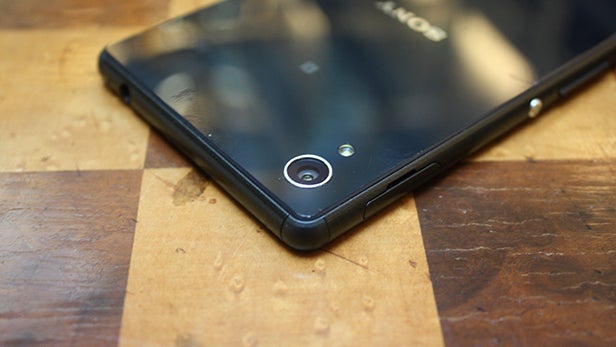 We tested the Sony Xperia M4 Aqua on Geekbench 3, a processor benchmark that gives us a general idea of how the phone stacks up against its rivals in terms of performance. The average multi-core score over five tests was 2,167. By comparison, last year’s flagship Sony Xperia Z3 managed 2,772 – that’s a little way off, unsurprisingly. The phone did trump some of its mid-range rivals, including the 2nd-gen Moto G (1,140), the new 3rd-gen Moto G (1,617) and the Huawei Ascend G7 (1,343).

The M4 Aqua has 2GB of RAM, which is plenty for a mid-range device. RAM is where content that you’re using at any given time is stored. So theoretically, more RAM generally means improved multi-tasking because you can have more things open at once. We didn’t have any issues with running a couple of tasks simultaneously. Power users who are used to having tonnes of heavy apps running at the same time will find the phone slows down to an unusable pace though. It also gets very warm. 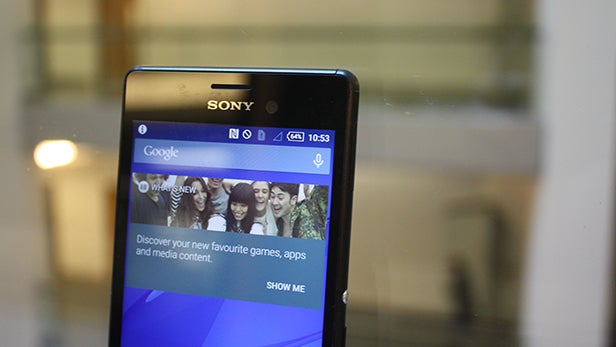 The worst thing about the M4 Aqua is its storage. The phone has a measly 8GB of internal memory, which is simply not good enough. It’s made even more painful by the fact that the Android OS takes up 4GB of storage, leaving you with just half of the intended amount. We only installed 10 or so apps on the device, and quickly found ourselves hitting the storage limit. The bright(ish) side is that you can expand the storage with a microSD card, which apps can be saved to.

As we mentioned earlier, Sony crammed plenty of bloatware onto the device. That makes the storage issue even worse. We’d rather the bundled content was offered as an optional download, rather than included straight out of the box.