The Sony Xperia M4 Aqua uses a 2,400mAh battery, which is sizeable for a mid-range phone. However, it’s still shy of the EE Harrier’s 2,500mAh cell.

Regardless, we used the M4 Aqua for several weeks, and it never died before the day was out. Sony claims the M4 Aqua can keep trucking for two whole days, but we only squeezed that much usage out of it twice. 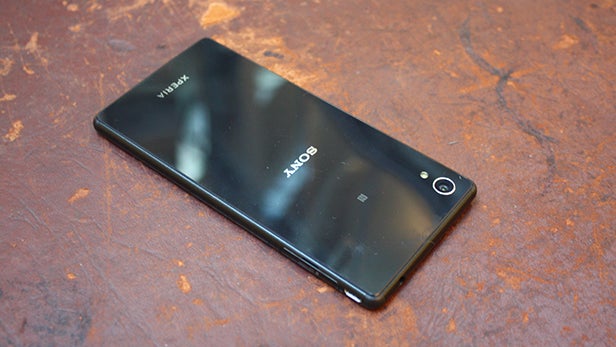 Confusingly, the M4 Aqua’s battery performance was very inconsistent. On Wi-Fi, we could be browsing the web or playing games for twenty minutes and only lose a few %. However, when on 4G, we saw drops of up to 15% in just half an hour of use. If you’re willing to be a little cautious with how you use your device, and you don’t insist on intensive use while off Wi-Fi, you could probably manage two days.

We should note that Sony does offer “Stamina Mode” and “Ultra Stamina Mode”, both of which improve battery life at a cost of handset functionality. The former turns off various connectivity features when the phone is on standby, while the latter reduces your handset to bare-bones features. 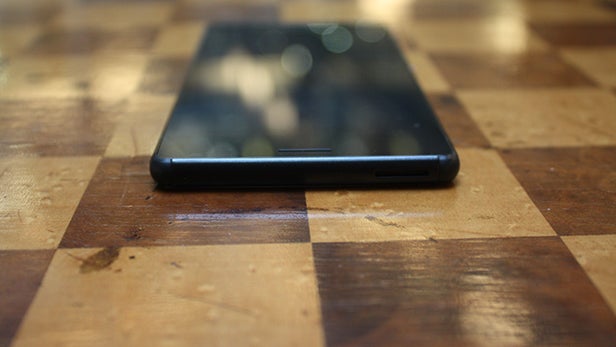 The best thing about the Sony Xperia M4 Aqua’s battery is that it charges quickly. You can take it from dead to full in less than two hours. That’s great if, like us, you often forget to charge your phone overnight, and have to quickly juice it up before work in the morning.

The audio capability of the Sony Xperia M4 Aqua isn’t anything to write home about, but that’s par for the course with mid-range phones. The maximum volume is good enough for video playback, but audiophiles will want to plug in a pair of headphones for decent listening. The sound is slightly muddy and tinny, and there’s a noticeable lack of audio depth. There’s almost no bass either, but that’s not surprising on a cheap phone. The M4 Aqua gets the job done cheaply, but you won’t be amazed by its sound.

Fortunately, the call quality is more than satisfactory. Outgoing voice clarity is good, and most background noise is cancelled out. Incoming audio is good too, but suffers from slight muddiness. Loudspeaker only serves to further distort the sound. The quality of hands-free calling is sufficient for brief conversations, but users will find it tedious with extended use. Don’t try using this in a moving car, folks. Your chin-wagging will quickly be drowned out. 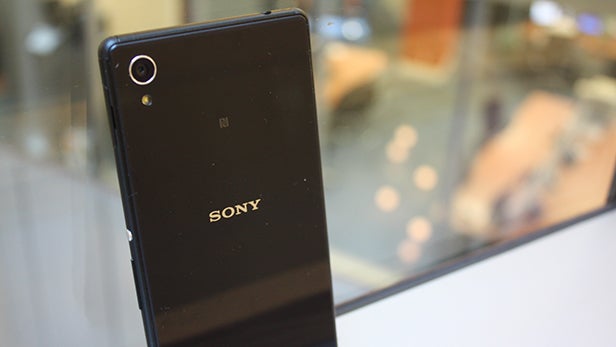 Should I buy the Sony Xperia M4 Aqua?

The Sony Xperia M4 Aqua is a great phone for the price; it’s got a classy design, it generally runs smoothly, the primary camera is capable, and you get nifty features like NFC and 4G support.

But what else can you get for your money? Well there’s the Samsung Galaxy A3 (£200), but we’d say the M4 Aqua wins out. It’s got a more recent version of Android on board, and the camera is a little more consistent. There’s also the EE Harrier (£199), an exceptional 4G from UK network EE that offers impressive battery life and exceptional performance.

Of course, you are limited to a single carrier, but we’d say it’s a better proposition overall. And we can’t forget the Vodafone Smart Ultra 6 (£125), a handset that doesn’t look as good as the M4 Aqua, but will certainly keep pace with it. It’s carrier locked like the Harrier, but it’s a great device that won’t burn such a big hole in your wallet.

Perhaps the main competitor at this price point is the third-gen Moto G – its price ranges from £159 to £209 depending on which model you get. We’d still say go for the Aqua though, because the design is more attractive, it outpaces the Moto G on Geekbench 3, and it’s completely waterproof.

Of course, there’s one smartphone that throws a huge spanner in the works of any handset in this middling price range – the OnePlus 2. For just £239 – £40 up on the Aqua – you can get a flagship-grade handset kitted out with a top-end processor, solid camera, fingerprint scanner, and premium build. As such, if you’ve got a little more cash to spare, we’d definitely recommend grabbing a OnePlus 2 – if you can get your hands on a purchase invite, anyway.

All said, if you’ve only got £200 to spend on a handset and you’re a fan of Sony design, you won’t be disappointed by the Sony Xperia M4 Aqua. Plus you can probably get away with telling your mates that it’s the latest Sony flagship.

The Sony Xperia M4 Aqua is an attractive, well-performing 4G Android smartphone that – while not class-leading – won’t disappoint fans of the brand.