What is the Sony Xperia M?

Working its way through the alphabet, the Sony Xperia M is a 4-inch screen Android smartphone that’s certainly no Xperia Z1 or Japan-bound Xperia Z1f. You don’t get the 20.7-megapixel camera or HD screen of those phones, but for £180 what you do get are some pretty decent specs.

The Xperia M also manages to adopt some of the sleek design traits from its more expensive Xperia compatriots to make it a great cheap Android phone. 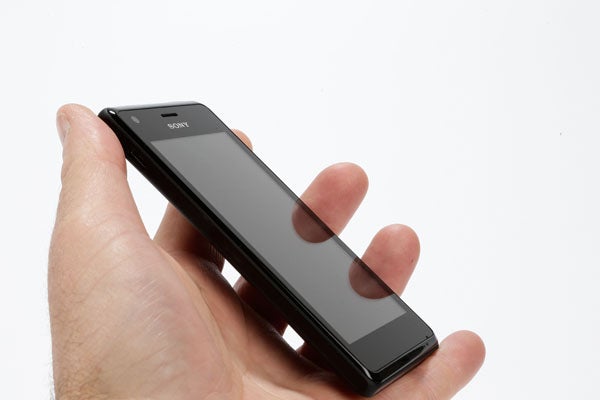 It’s no real surprise that the glass front and back panels on the high end Xperia phones have been swapped for a matte plastic body in the Xperia M. It’s closer in look and size to the Xperia L. But the arched back is more subtle on the M it doesn’t have the bottom edge jutting out like the Xperia L, used in that phone to accommodate the notification light bar.

If you are planning to take this for a swim or in the bath, you will be sadly disappointed to find out that it’s not waterproof like the Z and Z1.

Available in black, white, purple and yellow, the Sony Xperia M incorporates Sony’s OmniBalance design giving it an evenly weighted feel in the hand whether you are holding it in portrait or landscape. The bezel is thicker above and below the display and slimmer at the edges to give it a movie-friendly 16:9 screen ratio.

With its 4-inch display and 124mm height, it feels very similar to the iPhone 5S in the hand. At 9.3mm thick it’s not as slender as Apple’s smartphone, but at 115g weighs just 3g more. 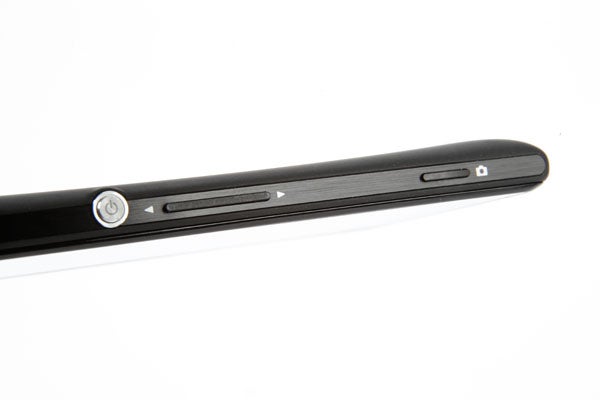 On the Xperia X’s edge is an aluminium on/off button and standard volume rocker,  next to a dedicated camera button. The microUSB charging port is over on the opposite side of the handset and the good news is the back is removable (from the bottom of the handset) hiding away the battery, micro SIM and microSD card slot.The customisable notification light bar at the bottom of the phone is still present but it’s been merged closer into the body to keep things nice and trim.

It’s got a nicer more comfortable feel in the hand compared to the Xperia L and while it lacks some of the more premium design qualities of the Xperia Z and Z1 it’s still a well-built, good looking smartphone.

With a 4-inch TFT 854×480 screen resolution the Xperia M sits around the two year-old Samsung Galaxy S2 in terms of quality. There’s no Trilluminos or X-Reality Bravia engine to give you TV-quality picture and it struggles to deliver the same, vibrant colours as Samsung’s AMOLED display. The 245 ppi pixel density means it’s never going to give you Retina-like clarity, but for reading web pages, text is nice and clear. For brightness and colour range, it performs pretty well for a low-end Android phone even if it lacks the sharpness to make it a really great screen.

As can be the case with TFT displays, the Xperia M struggles for
visibility when you are outdoors and in bright sunlight. The
viewing angles also really suffer resulting in colours looking extremely washed out.

Similarly priced phones like
the
Nokia Lumia 520 and the bigger Nokia Lumia 625 are also let down in the screen department. The screen is one of the Xperia M’s weakest attributes but for general
browsing, watching the odd movie and gaming, it will do the job just
fine. 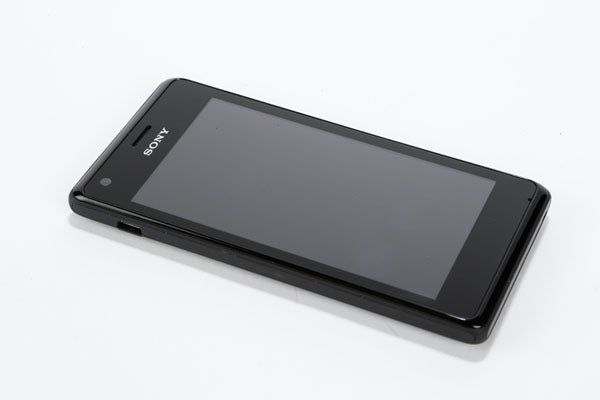 While the Xperia M largely can disappoint on the viewing front, we can have no real complaints about the screen responsiveness. The 4-point multi-touch display reacts well to swiping through homescreens, opening apps and scrolling through settings.

Next
Software, Apps and Performance Review