LTE may be far from the UK’s shores but in the US it’s spreading like wild fire and now Sony has joined the party with its latest high-end handset, the Xperia Ion.

The features list of this phone read like a who’s who of tech specs: LTE, dual-core 1.5GHz processor, 4.55in screen with 1,280 x 720 resolution, 12 megapixel camera, 720p front facing camera. We could go on. So a technical tour de force it certainly is, but how does it hold up in the flesh? 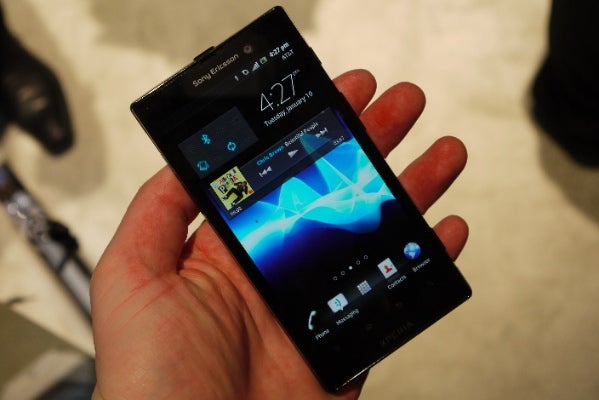 Well, we weren’t quite as immediately won over as when we saw this phone’s smaller cousin, the Xperia S, but it’s still a smart phone. The front is filled entirely by a glass sheet while the back is made up of a brushed metal panel and matt plastic ends. The build somehow doesn’t feel as premium as the Xperia S, with that final finesse somehow lacking – it just doesn’t fit together quite so tightly and neatly. In this regard it’s more reminiscent of many of Sony (Ericsson’s) recent, previous models. Maybe it was the TREVOR sticker disturbing the feel. 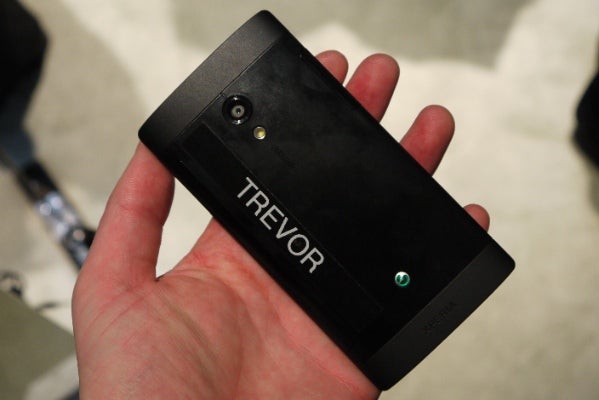 One thing that didn’t help is that the connections are hidden behind a plastic flap, and we generally find these just disturb the aesthetics and ergonomics of phones and tablets. 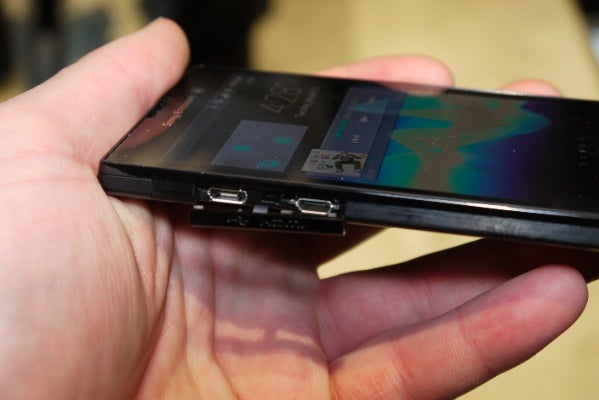 Otherwise, though, we have few complaints. The screen, like that of the Xperia S, is LCD so doesn’t have quite the dazzle (or viewing angles) of AMOLED panels, but its high resolution makes it a real pleasure to use. It’s also super speedy in operation, though LTE wasn’t working well enough to really judge that side of things.

The true quality of the camera was difficult to judge but it certainly seemed to perform quite well and was very fast in operation, with continuous shooting speeds of less than a frame per second. 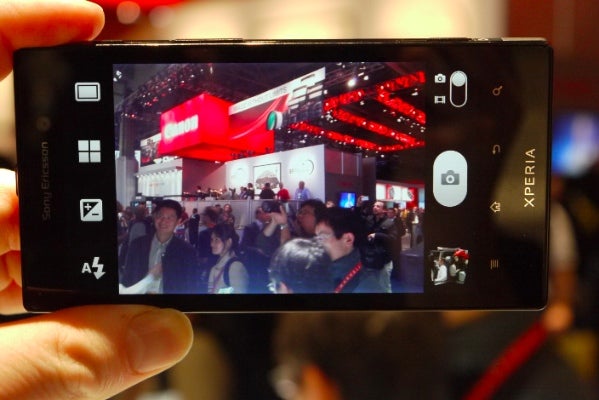 The demo phone was running Android 2.3 but will arrive with Ice Cream Sandwich when it ships. There are a number of tweaks to the interface but for the most part it’s a fairly standard Android experience that’s slick and easy to use.

All told the Xperia Ion doesn’t quite manage to wow us, but it’s certainly a very capable handset that is sure to be a sound investment when it arrives in the Spring.