The Sony Xperia 10 II is an attractive phone, with its design easily the main appeal. The 21:9 is a handy treat for those who like the novelty of Android multitasking and widescreen content. However, sub-par performance, a middling screen and disappointing camera features leave the door open for stronger rivals to nab your cash.

The Sony Xperia line is a veteran of the smartphone space and has gone through several reinventions. The current lineup offers stand-out features such as a wider aspect ratio and focus on the camera – but can the budget Sony Xperia 10 II stand up to tough competition from some of the best cheap phones?

This simplicity extends beyond just naming conventions, with all three devices focusing on similar features, just with varying amounts of cash behind them. However, the more premium models see Sony pack a hefty punch behind key features such as camera quality and a cinematic display. Without them, can the Xperia 10 II still stand out against rivals in this highly populated price range.

There are a lot of budget phones available now that offer specs that are far beyond what you’d have expected for their price; however, most are – to be frank – ugly.

There are some exceptions, of course, such as the Realme 7 and Realme 7 Pro – but most, quite reasonably, focus on function over form. With the Xperia 10 II, Sony opts to go in the opposite direction, delivering a handset that would easily leave most folk stunned that you can pick up this premium-feeling device for under £350. 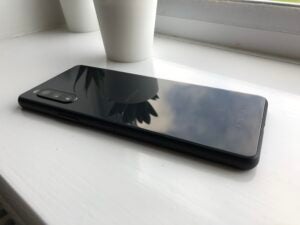 The Sony Xperia 10 II sports that tried-and-trusted glass sandwich formula – Gorilla Glass 6 on the front and back, in this case – and a long and thin body. The combo certainly makes it eye-catching next to rivals, and it’s the phone to buy if good looks are a priority but your budget doesn’t extend through the roof.

The rails around the device are plastic, not that you’d have guessed if I hadn’t just divulged that information. The matte finish complements the shiny glass, while also providing some much welcome additional grip.

And the latter is super-important if you’re used to a more traditional 16:9 device. Note that you may experience some thrills and spills while you get used to handling the Xperia 10 II – but rest assured, you will get used to it.

Its narrow form means you can actually wrap your hand around the Xperia 10 II quite securely, which is great. However, it’s when moving across the glass with the 21:9 form factor that can cause some issues. 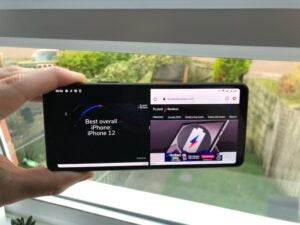 The display itself looks strong on paper: a 6-inch 21:9 FHD+ OLED. Unfortunately, for media consumption, it doesn’t quite deliver. Don’t get me wrong, for browsing web pages and general day-to-day use the device is great. But, when you dive into image/video-heavy apps (such as social media) or for watching content, a lack of sharpness and a cool look to the colours are certainly noticeable.

As mentioned above, if you’re coming to this display from a more conventional setup, then it may take some getting used to – but, once you’re there, the 21:9 aspect ratio rewards with a more cinematic experience, even if the media that supports the wider format is quite limited.

While the Snapdragon 765G is running rampant across mid-range Android phones, some devices refrain, instead opting for Qualcomm’s lower offerings such as the Snapdragon 665 here (yes, that means no 5G).

Combine this particular Snapdragon chip with just 4GB of RAM and you get what might be the biggest shortcoming of the Xperia 10 II.

It’s by no means a deal-breaker, but Sony’s budget phone offers noticeably slower performance than some rivals – in particular, when put up against those devices featuring more RAM. For many of your day-to-day tasks the Xperia 10 II will be fine; but it’s under more intense stress, when you bound from app to app, that you’ll be met with some resistance. Thankfully, I didn’t experience any crashes, but it’s unlikely you’ll go a day without waiting that extra second or two for apps to load.

The slower performance is more of an issue when engaging one of this phone’s most prominent features – utilising multi-window to take advantage of the 21:9 aspect ratio. Once you have your favourite app pairs setup, it works like a dream. Watching YouTube while browsing Twitter, for example, but without the need for pop-out window support, is a delight. However, getting to that point will see your Sony phone working at its slowest, as you struggle to select your desired pairs of apps.

Thankfully, the device proves more snappy elsewhere; in particular, with the fingerprint sensor incorporated into the power button. It’s extremely responsive across the whole button, swiftly taking you to your home screen.

Audio performance is surprisingly good given the use of a mono speaker setup, offering fairly clear and loud sound. The speaker is located towards the bottom edge of the display, so it isn’t as easy to obstruct as it is on devices that where speakers are mounted on the bottom rail of the device – as is the case with many modern phones. While the audio is decent enough for watching the odd video out-loud, you’ll probably want to take advantage of the handy headphone jack for Bluetooth headphones for regular listening.

The Sony Xperia 10 II offers a decent photography experience for those who want a phone for capturing spontaneous moments, it’s not one of the best camera phones around though. 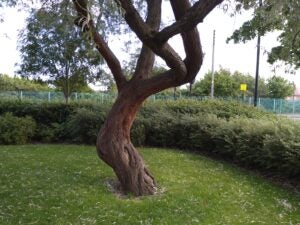 Where the Sony falls down somewhat is in the quality of other features. From the zoom to Night mode, the results are either disappointing or just okay. 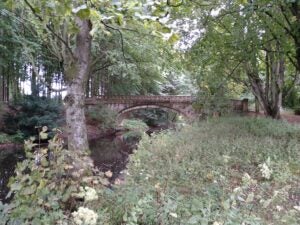 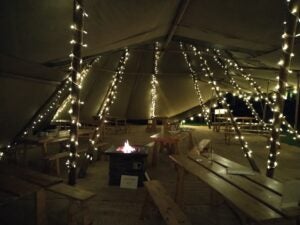 The wide and ultra-wide lens are a bit of an improvement, offering snaps with only slightly reduced detail compared to the main sensor. However, once again, you’ll get the best results when using this snapper for the simplest of shots, where its performance exceeds that of its closest rivals.

The Sony Xperia 10 II manages a decent, if unremarkable, five to six hours of screen-on time in real-world use. This would be fine if Sony had included a decent charger in the box. In a world where most smartphone manufacturers, even at the budget-end of the market, are offering super-fast wired charging, the Xperia 10 II is lagging behind.

Most annoyingly, the Xperia 10 II is actually capable of decent 18W charging. However, Sony only offers a 7.5W charger in the box. As a result, charging from 0% to 50% will take around an hour – a snail’s pace compared to rivals from Realme, Oppo and OnePlus.

You want an OLED panel on the cheap

Sony could have plumped for a cheaper LCD here, but instead it has used an OLED display offering far better contrast, punchier colours and deeper blacks.

You watch a lot of videos

The 21:9 display is ideal for movies shot in the format and it makes videos on the whole much more immersive.

During the review process, I found that battery life here was far from excellent and the included charger is very slow.

Even though this is a fairly affordable device, there is similarly priced competition with 5G support. If you want a phone for the long-haul, it might be worth looking at one of those instead.

Yes, there is a dual SIM version

Is the Sony Xperia 10 ii waterproof? 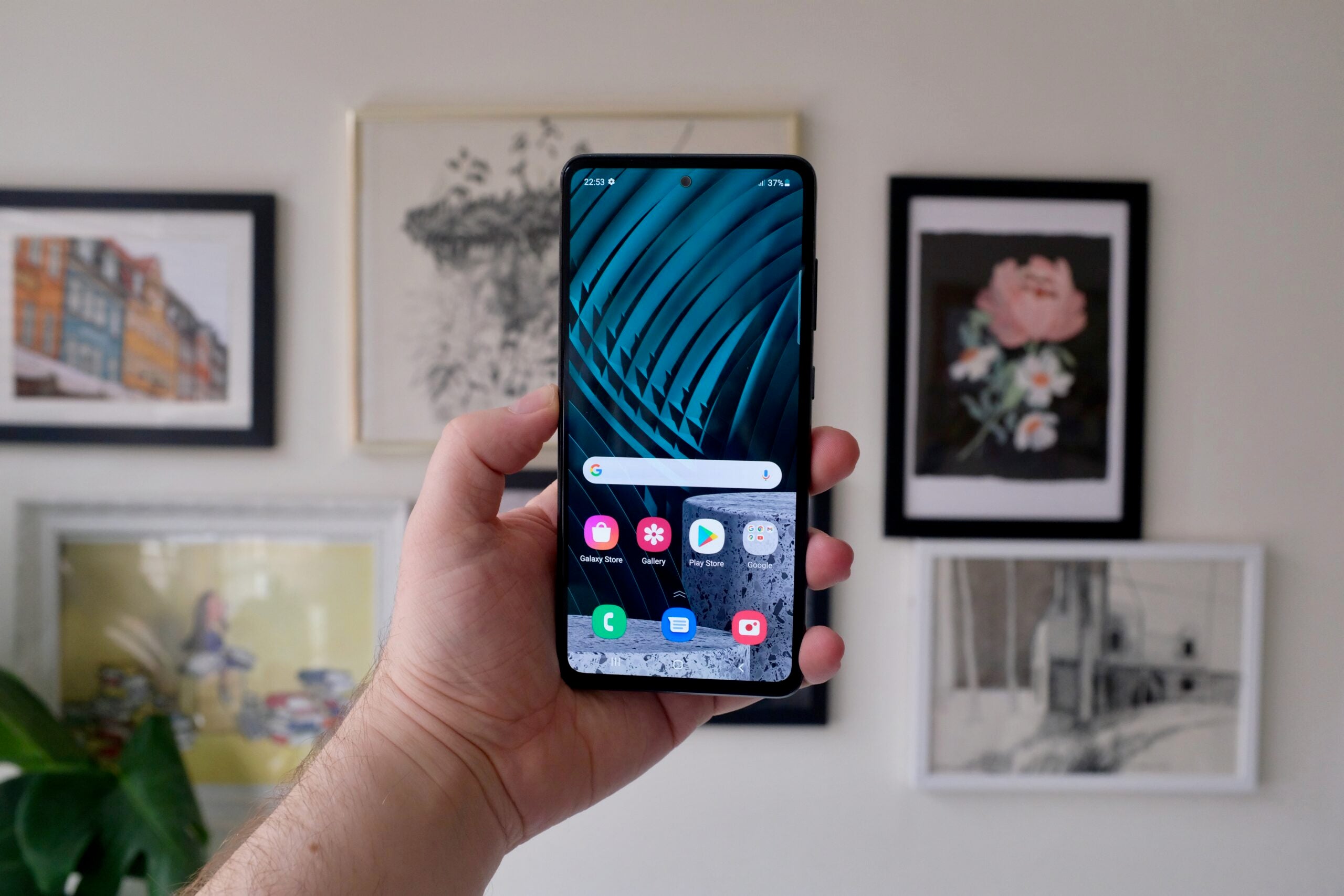