The Sony XF85 sits just below the excellent Sony XF90 we saw earlier this year. It doesn’t have as strong specs, but it is more affordable. The 55-inch Sony KD-55XF8505 tested here costs £1399. This makes it a potentially enticing option for AV fans attracted by Sony’s impressive TV picture processing but can’t afford to step up to the excellent XF90.

A couple of bad decisions on Sony’s part make the XF85 impossible to recommend, however. 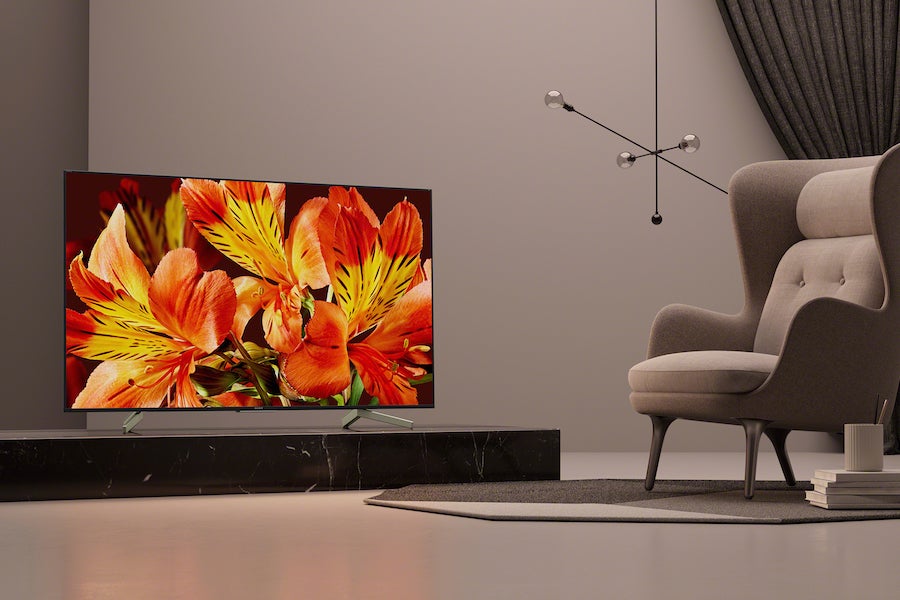 The XF85 is pretty cute. The frame around the screen is trim, understated, and fairly robust despite being made of plastic rather than metal. The angular feet under each bottom corner are fun rather than comical, unlike the Sony KD-65XF9005’s ‘clown feet’. Channels inside them do a great job of hiding all your cabling.

Just bear in mind that the feet positioning means you’ll need a pretty wide base to rest the screen on. Assuming you’re not wall hanging it, of course.

The Sony XF85 ships with a typical Sony remote control, which sadly means that it’s old-fashioned, plasticky, cluttered and badly organised. It’s nearly impossible to use in a dark room, too, and can even make your finger sore. Ouch.

Inevitably Sony has had to cut things back from the XF90 series to hit the XF85’s price point. Unfortunately, some of those cut backs have had a massively detrimental effect.

Particularly troubling is the Sony XF85’s use of an IPS LCD panel in place of the XF90’s VA panel. Why is this a problem? Because IPS panels have traditionally failed to deliver convincing black levels, especially with HDR sources.

Underscoring my concerns about the IPS panel is the XF85’s use of edge LED lighting. Putting lights around a screen’s edges reduces the extent to which it can control how light is used in different parts of the picture. Particularly when, as is the case with the XF85, there’s no local dimming system in play.

It  also takes a big step back with its brightness. Its measured light output of 510 nits on a 10% white HDR window falls way short of the 1000 nits delivered by the step up XF90. This will inevitably put a limit on how much impact it can deliver from HDR sources. 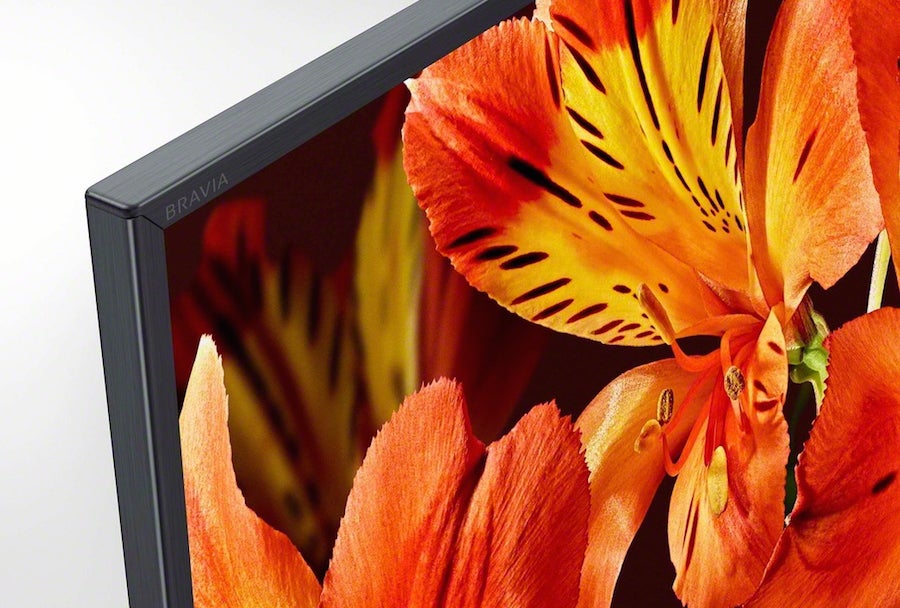 The XF85’s brain is one of Sony’s X1 processors, rather than the brand’s more powerful X1 Extreme variant. This means there’s around 40% less power available for processing pictures. It doesn’t carry the twin database engine for upscaling sub-4K images you get with X1 Extreme models and Dolby Vision support is absent. It just isn’t powerful enough to run the software version of Dolby’s premium HDR format. This leaves you with support for the HLG and industry standard HDR10 formats.

Inevitably, if depressingly, the XF85 continues Sony’s love affair with Android TV. To be fair, Android TV does support Chromecast out of the box, as well as Alexa and Google Assistant control. Plus it carries a huge amount of apps. The vast majority of these apps are just clutter and distraction, though. They also aren’t handled well by Android’s irritatingly full and poorly organised home screen.

Android still doesn’t support enough customisation either, and worst of all it’s buggy and sometimes painfully slow. The latter problem extends to the TV’s settings menus. On numerous occasions, selecting ‘Picture’ from the home settings menu list resulted in a delay of nearly five seconds before the Picture menus appeared. 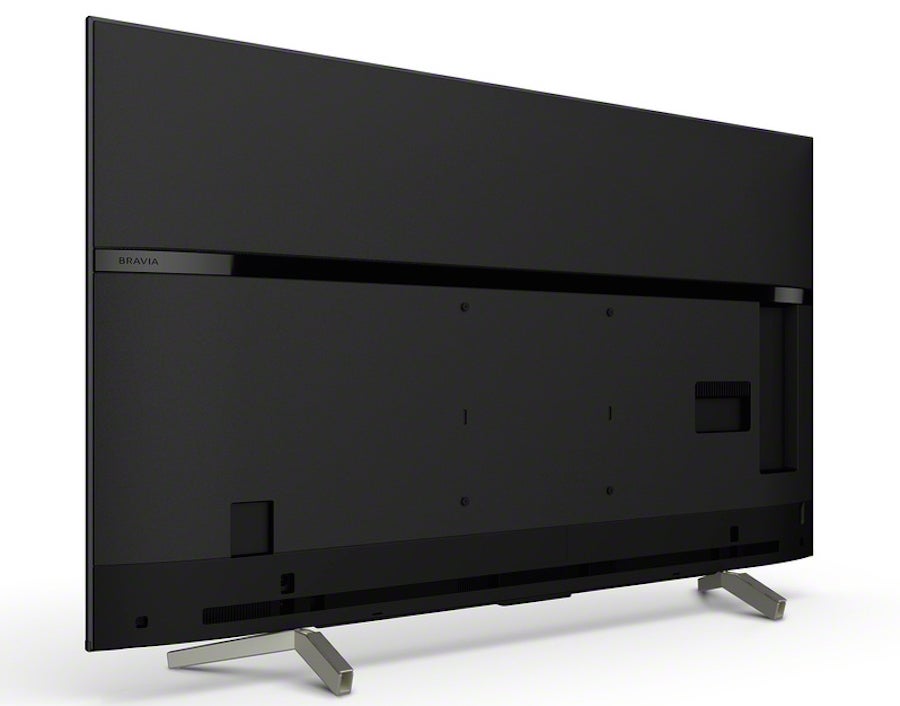 The XF85 does at least support most of the big video streaming services. Netflix, Amazon and YouTube are all there – in HDR as well as 4K. Plus Sony has added the YouView platform to circumvent Android’s issues with covering the UK’s terrestrial broadcaster catch-up services.

Connections on the XF85’s rear are solid enough for its money. All four HDMIs can handle 4K HDR, though only two can handle full colour bandwidth 4K HDR at 60 frames a second.

Its three USB ports, meanwhile, is on a par with what you get with most well-specced TVs these days. Plus, inevitably there are Wi-Fi and Ethernet network options. These support multimedia streaming from networked devices as well as online access.

While the XF85 shows signs of Sony’s picture know-how, you often have to look hard to spot them. Sadly it’s far easier to see what Sony’s TV makes a mess of, namely black levels and contrast. After testing a run of contrast-rich OLED and high-end LCD TVs, the XF85’s black level failings hit me like a hammer.

A pall of low-contrast greyness hangs so heavily over dark scenes that it’s pretty much all you see. Especially if you’re watching an HDR source. In fact, even during mixed brightness shots, the greyness over the dark bits still dominates.

There’s really no settings-based solution to the 55XF8505’s black level woes. The IPS panel’s core contrast performance is just too poor to work round in any effective way. 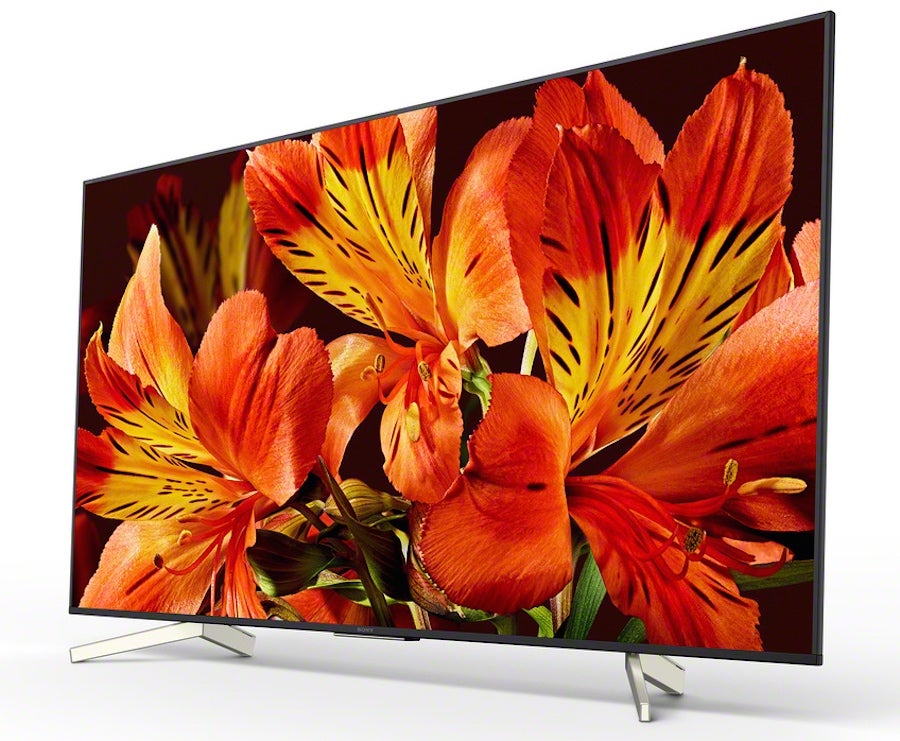 The grey wash over anything dark also impacts deep colours, which end up looking washed out and unconvincing. Shadow detailing all too often gets lost in the XF85’s ‘mist’.

If you force yourself to see past the Sony XF85’s dark scene woes, you might see that motion looks clean and crisp. This helps native 4K pictures remain unusually detailed and sharp for the XF85’s price. There’s also some impressively polished colour management. During bright scenes, the subtle toning is combined with bold saturations. 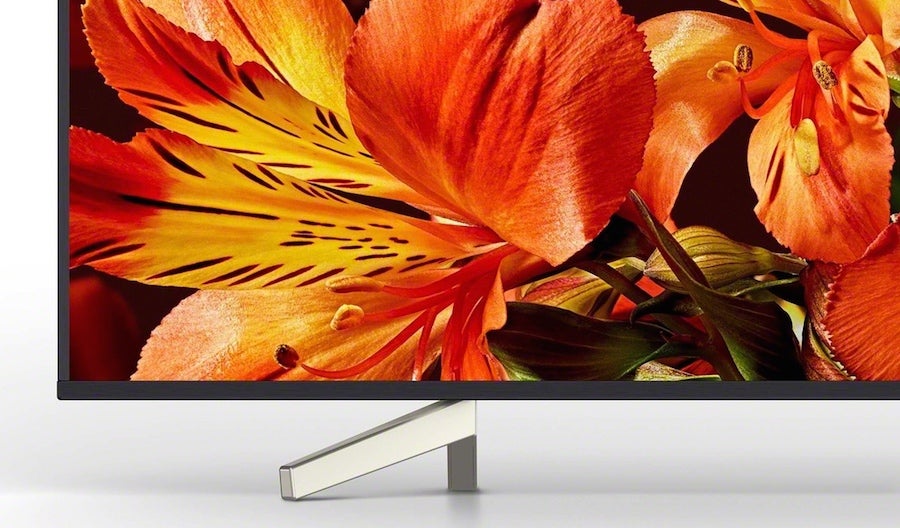 The relatively restrained brightness of standard dynamic range images don’t expose the XF85’s black level limitations as brutally as HDR. Watching the TV in a bright room can also mitigate the set’s contrast woes to some extent.

In the end, though, nothing the XF85 can do stops its back level failure from being the dominant feature of your viewing experience.

While the XF85 is a substandard picture performer, its sound is actually pretty good. Its bodywork is sturdy enough to support plenty of volume before any harshness or distortion sets in. The speakers disperse the sound far and wide across your room without the sound becoming messy or artificial. Details are plentiful and clear, and vocals sound authentic, open and well contextualised.

As with almost all built-in TV sound systems, a bit more bass depth would have been nice to hear. Though to be fair, the XF85’s mid-range is open enough to ensure things seldom sound harsh or thin. 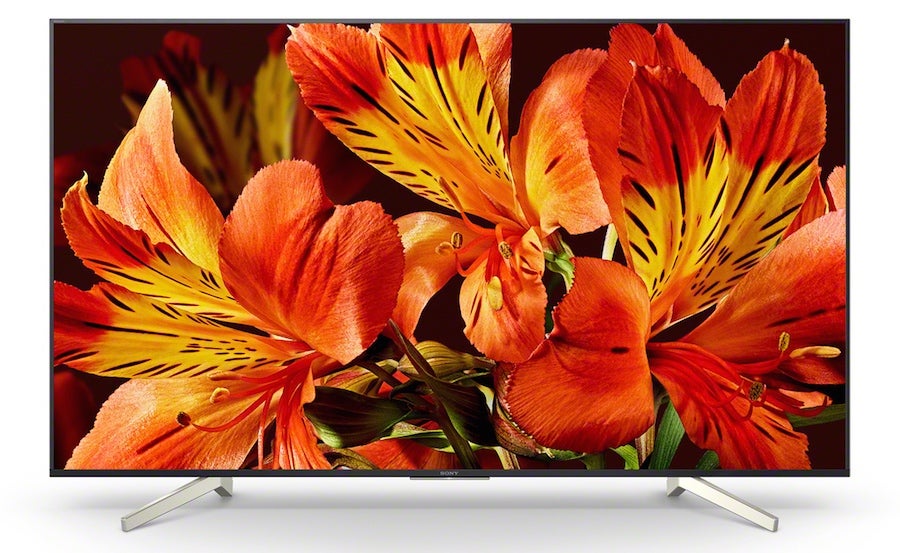 The XF85’s pictures sadly suffer with problems you can’t solve with any of the provided setting options. The only thing that makes any significant difference is the Active Contrast feature. Without this on, the TV’s black levels with High Dynamic Range sources are unbearably bad.

You can try switching between the TV’s Standard and Cinema presets to tackle its contrast shortcomings too, if you like. But for me this just makes the picture look either a bit too blue or a bit too red respectively.

Make sure you remember to activate the Game preset when playing video games. This reduces the screen’s response time from nearly 100ms to around 30ms. Easily enough to be the difference between life and death in Call Of Duty. 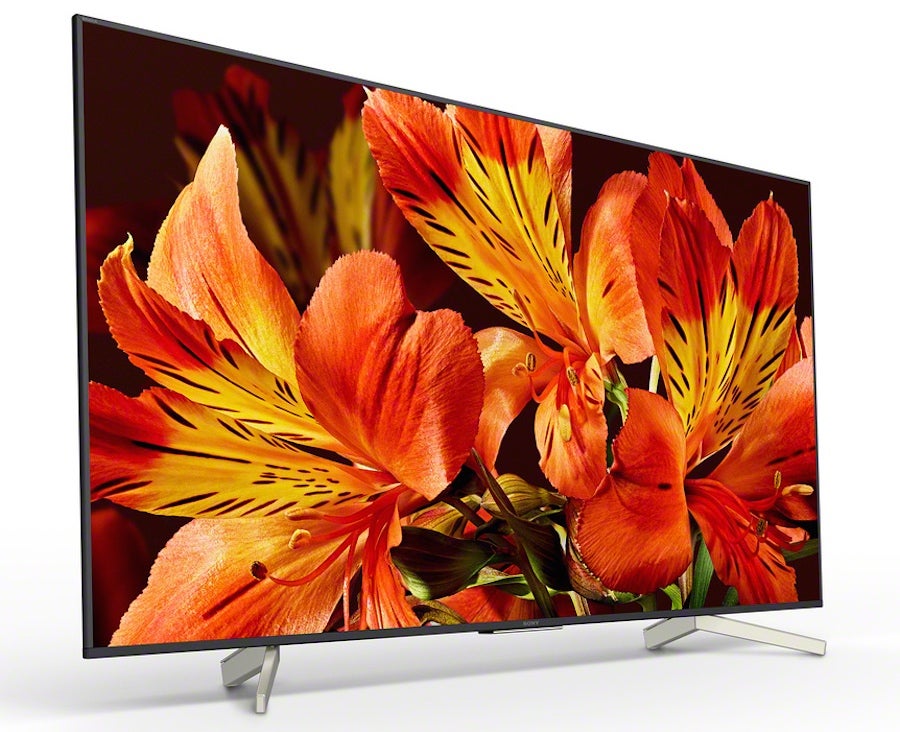 If you like watching films – especially in a darkened room – the Sony XF85 is definitely not for you. This counts double if you’d like to watch those films (or TV shows) in HDR. The TV simply does not have the black level performance to satisfy such use.

If you’re after a set to go into a permanently bright room and expect it to only get very casual use, then maybe the 55XF8505 could do the job. Otherwise you’re better off saving a bit and going for the Sony XF90 – the 55-inch Sony KD-55XF9005 costs £300 more and is a lot better.

One day, I guess, a TV may convince me that edge-lit IPS LCD panels are compatible with HDR. The Sony XF85, however, is definitely not that TV.