What is the Sony Wireless Stereo Headset 2.0?

In the gaming space you’ll discover a sea of ear pads, surround-sound and brightly coloured headsets that you’d be reluctant to showcase out on the open road. And it’s becoming increasingly difficult to pick out a model that will fit your needs – and your budget.

If you’re a PS4 gamer looking for a wireless headset with surround sound and a strong design, then you should seriously consider Sony’s own Wireless Stereo Headset 2.0. Built specifically for the PS4, they cost just £79.99, which is quite a bargain compared to other PS4 headsets on the market.

Although a black version of this headset has been around since early 2014, Sony has now released a Glacier White model to complement the two main iterations of the PS4 console. So, I thought I’d give them a second look. 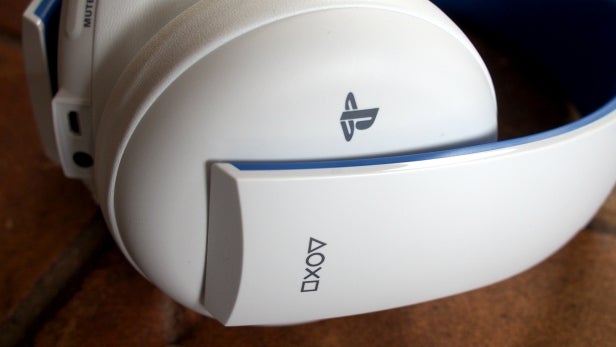 The Sony Wireless Stereo Headset 2.0 features a minimalistic design that apes its console counterpart, with an angular headband that rests upon over-ear cups. It’s simple and sleek, complemented by the lack of wires and the usual garish gaming headset detailing.

The set is available in black or white, both featuring a striking interior blue band. Made of a sturdy matte plastic, you won’t be afraid to throw them into a rucksack to cart around. The ear-cups themselves are finished in a faux-leather material, with a fabric mesh over the speakers. In addition, they fold flat for added portability.

Although a leatherette finish can occasionally lead to some sweaty ears after a long session, this isn’t something that I’ve experienced with the Sony Wireless Stereo Headset 2.0. Instead, I’ve found them incredibly comfortable to wear for long periods. My ears are well cushioned by the cups, but also free from any excessive pressure from the headset clamping to my head.

You can adjust the size of the headset by sliding the cups up and down the band, so both large and small head sizes are catered for. 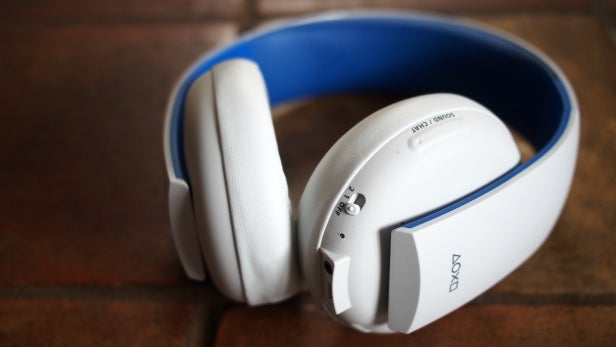 Sony adds that the panels on the side of the headset are interchangeable, with customised plates available for personalisation. However, these plates are hard to come by, with the only ones we were able to track down available for InFamous: Second Son – released back in March, 2014.

What adds to the Wireless Stereo Headset 2.0’s svelte design is the lack of large buttons and garish branding. Both sides feature a simple PlayStation logo and the button symbols, while Sony has added some minimalistic buttons on the left cup for easy access to volume controls and other settings.

At the front of the left cup sits the power switch, which offers options of “off”, “preset 1” or “preset 2”. On preset 1, you’ll get the basic VSS settings, which we’ve found more than adequate for all our gaming and movie needs. Preset 2, on the other hand, can be customised with your own audio settings, or just adds a little more bass at factory settings. More on that later, though.

Above the power switch is a toggle for switching control between chat and sound, meaning you can individually mute chat or game audio and adjust the volume of both separately. 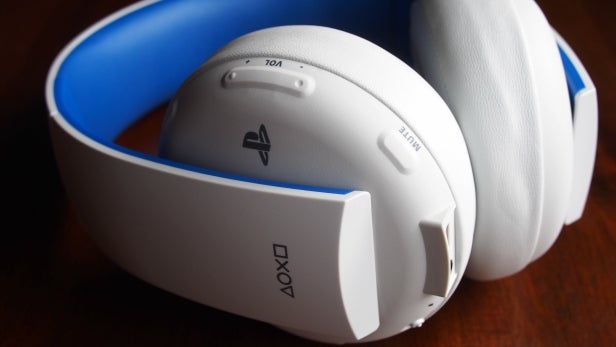 Around the back of the left ear-cup is the mute button and a volume rocker, which you can use to adjust the sound of chat and audio. There’s also a toggle for VSS, however I’ve never felt the need to turn it off since it enhances the audio experience so much.

At the very bottom is the micro-USB port for charging the headset and a headphone jack for connecting the cable between the headset and any other mobile device, including PC, PS Vita and smartphones and tablets. The included cable is a little basic though, lacking in-line controls. What’s more, the headset’s buttons aren’t compatible with anything other than the PS4 and PS3.

That’s because this isn’t a Bluetooth headset. It works with the PS4 and PS3 via a simple USB dongle. Once you’ve plugged it in though, the set-up process is simple. Just switch on the headset and you’re ready to play. 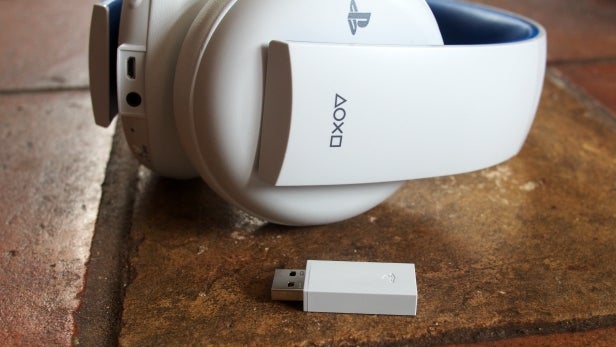 The left ear-cup of the Sony Wireless Headset 2.0 houses an internal battery. Sony claims an eight-hours battery life from a single charge, but in practice, the headset surpassed both my own and Sony’s expectations. After eight hours of use, the headset was still displaying two bars of battery life remaining.

What’s more, the Sony Wireless Stereo Headset 2.0 takes under two hours to fully charge, which means you’ll be ready to go in no time.

The benefit of having an official PS4 headset is native in-menu support, which means on-screen headset status displays for volume, chat toggle and battery level. You can see what’s going on with your headset at a glance with the press of the buttons. It’s convenient and a feature that was included on all console gaming headsets.

As I mentioned before, this headset is available in black or white. Unless you have the white PS4, I’d recommend opting for the original black. The white headset picks up grubby marks all too easily, and give it a more worn look more quickly. 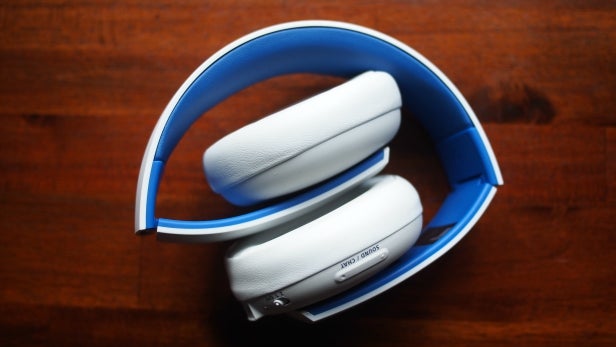 The Sony Wireless Stereo Headset 2.0 is equipped with a pair of 40mm drivers, giving the headset a wonderfully rounded sound. If pushed, there’s a little weakness in the bass, especially on audio tracks listened to via my iPhone 6, where it’s stereo sound only. There’s a slight lack of warmth and bass in certain tracks that have been apparent through other headphones.

But, what it lacks a little in bass, Sony’s PS4 headset makes up for in clarity. Its sound signature can rival some top-of-the-range headphones.

However, the biggest plus is this headset’s support for up to 7.1 virtual surround sound on both the PS3 and PS4. The Sony Wireless Stereo Headset 2.0 is able to remix anything up to a 7.1 surround sound signal, with the VSS ensuring that the sounds are all in the right places for headset audio.

It’s generally down to the individual games to take full advantage of this capability, though, with some titles’ sound mix falling a little flat in comparison to blockbusters such as The Last of Us, Batman: Arkham Knight and Metal Gear Solid V. 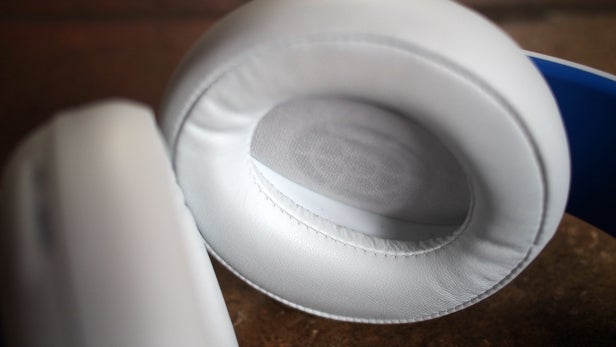 What makes things a little easier for audio beginners is that the Sony Wireless Stereo Headset 2.0 comes with a complimentary app for tweaking audio settings. The Headset Companion App can be downloaded from the PlayStation Store.

It’s here that you can fine-tune the audio settings and upload your preferences to preset 2 on the headset. You can choose to do this manually or pick from a variety of Sony-created presets. There are options for specific game and movie genres, or you can select a specific game.

Currently there are specific audio profiles for the following:

I tried out Driveclub, The Last of Us and Batman: Arkham Knight profiles, which you upload to the headset by plugging it into the PS4. It takes only a second to upload and I immediately noticed subtle differences in the sound for each game profile. The engine’s growl was especially throaty for Driveclub, and using the Last of Us profile for Metal Gear Solid V sessions meant I could catch the footsteps of the patrolling guards as I lay in wait, camping out behind a crumbling wall with tranquilliser gun ready. 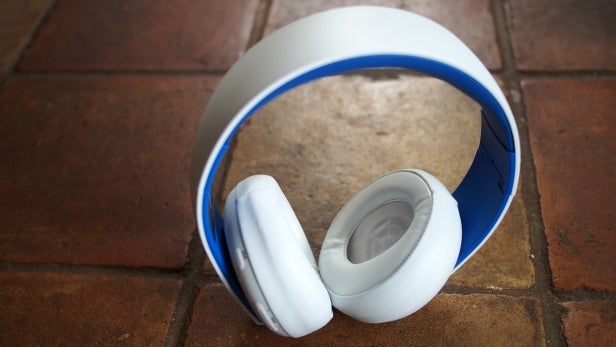 I also love the fact that the Sony Wireless Stereo Headset 2.0’s microphone is built in; there’s no boom mic in need of constant adjustment. My PSN buddies were able to easily hear me whispering expletives crystal clear.

The only issue I had was with the wireless range, which is a little limited. It’s fine if you’re staying in the same room as the PS4, but if you want to perhaps travel a little further around the house – to the next room, for example – I found that the sound cuts out every now and then. 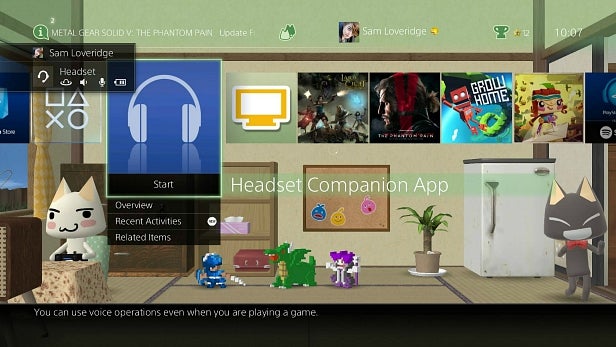 Should I buy the Sony Wireless Stereo Headset 2.0?

For a perfect all-round PS4 headset you have two choices. You either opt for the Sony Wireless Stereo Headset 2.0 – a superb, affordable and dedicated PS4 headset. Or, you fork out for the Turtle Beach Elite 800.

The Elite 800 headset is Bluetooth compatible so it will work with a variety of devices, has a charging dock and DTS Headphone: X 7.1 surround sound among other features that makes it the superior headset. But it’s more than three times the cost of the Sony at a whopping £250.

The Sony Wireless Stereo Headset 2.0 is an affordable, well-designed wireless headset with a feature set that you’re unlikely to find in headsets costing under £100.