The WH-H910N are an affordable alternative to premium over-ear ANC pairs. They sound great, offer good levels of comfort with the headband and padding, with noise-cancellation that’s effective at warding off everyday sounds, plus a colour scheme that gives them added personality. What’s not to like?

With the WH-1000XM4 set to be announced, they’re likely to be rather expensive. What if you wanted similar audio and noise-cancelling performance without spending upwards of £349?

Roll up the Sony WH-H910N. They’re the fun, colourful, less expensive cousins to the upmarket WH-1000XM3. They carry over several features that made those headphones successful, without sacrificing (too much) on the performance front.

The WH-H910N has a similar profile to the WH-1000XM3, but that, really, is where the comparisons stop. They’re not as premium-looking or as elegantly shaped as the XM3s, opting for a more colourful and down-to-earth approach. They come in five two-tone colours (this pair is Ash Green), which adds a sense of personalisation, and makes them distinct from the sea of black and grey finishes.

They’re comfortable to wear, the amount of padding increased over the WH-1000XM3 to alleviate pressure and make them ‘cushier’. Comfort levels are excellent, and the silicone headband allows the headphones to fit tighter to individual heads. 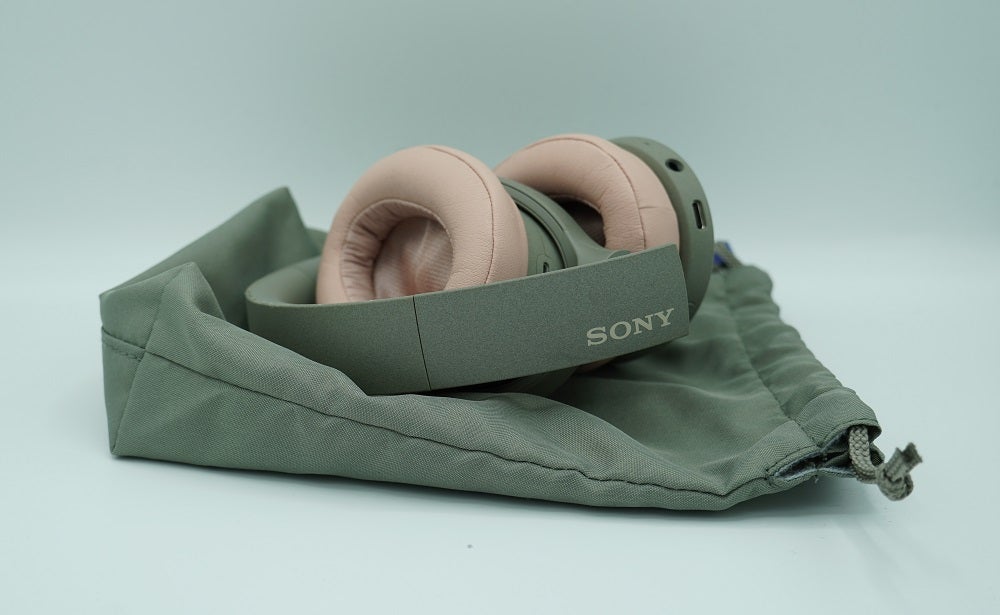 There’s no hard carry case, with a cloth pouch being the way to keep them safe from scratches or knocks. Build quality is sufficient, although the review sample had a little fabric tearing on the headband.

They can’t be swivelled to lay flat, but they are foldable, so they can assume a pretty compact position when not in use. They weigh around 245g, which makes them lighter than the XM3, but they still have an element of durability.

The control scheme is the same as the premium over-ears, with touch controls located on the left earcup. Interaction is mostly snappy, although the pair we had the play/pause functionality could lag a little. 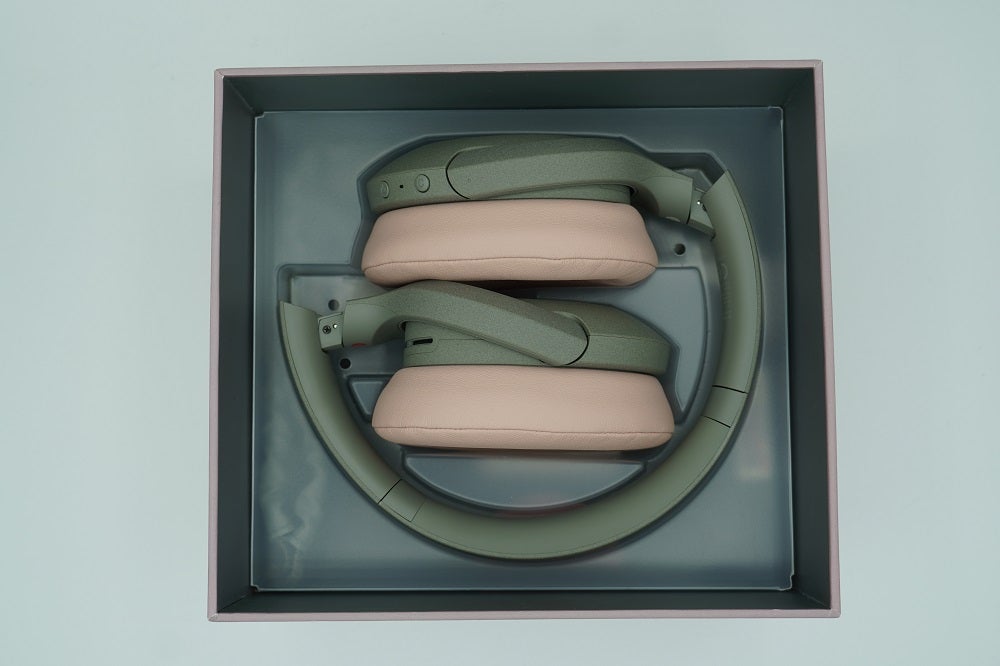 Tucked inside the ear cups are 25mm drivers, dropping down from the 40mm drivers in the WH-1000XM3. Despite the smaller size, Sony claims they’re able to generate the same pressure as 40mm drivers, using highly rigid aluminium domes and soft urethane edge diaphragms to elicit a comparable full-range performance.

The feature set of the WH-H910N mirrors that of the WH-1000XM3, but there are a few differences to speak of.

One is the quoted battery life – 35 hours compared to the XM3’s 30 hours with ANC on. A charge to full battery takes a tedious five hours, but quick charging functionality means you can splash and dash – 10 minutes of charge provides a further 2.5 hours. 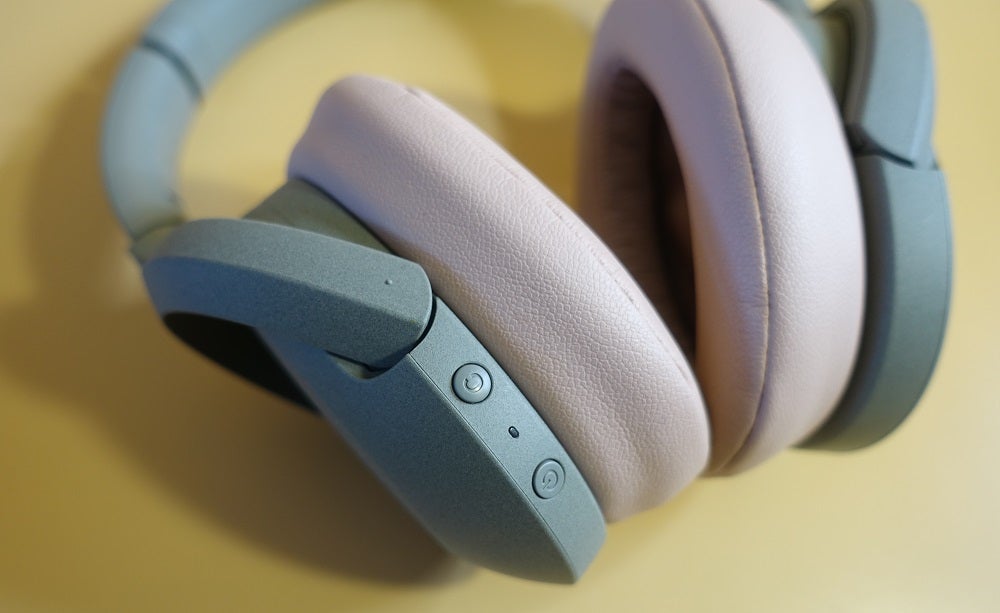 Quick Attention Mode requires the listener to hold their hand over the right earcup to filter sound through from the surrounding environment. It’s not the most intuitive for talking to another person, but if you’re trying to listen out for an announcement or want to listen to what’s around you, it works exceedingly well.

Adaptive Sound Control is available through the Sony Headphones app, and it optimises the noise cancelling performance according to your position. Speaking of ANC, there’s no sense the WH-H910N are stingy at suppressing everyday clutter. It puts a stop to plenty of intrusive noise so you can glide through busy environments. 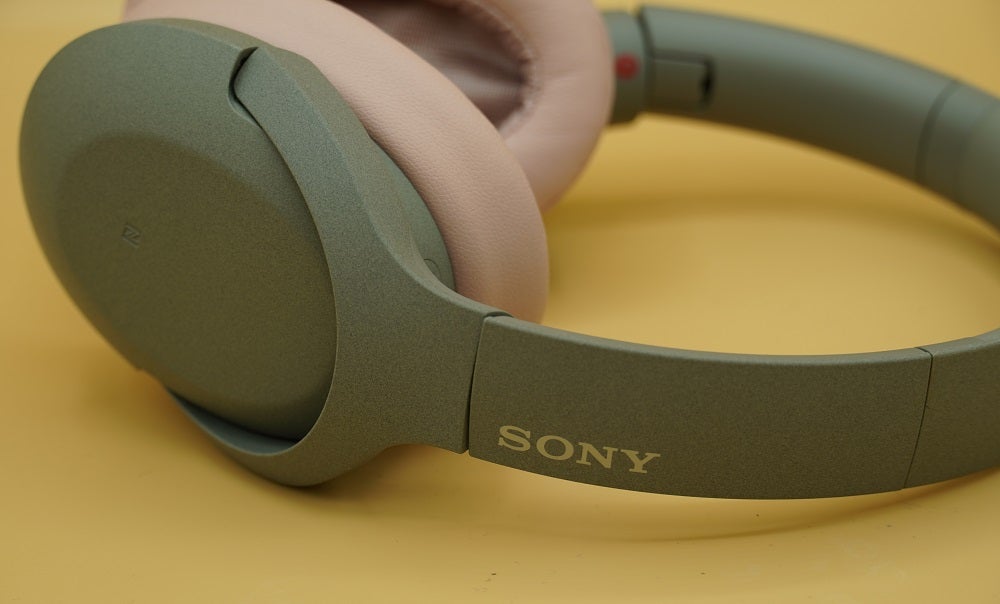 I did find the headphones would on occasion lose connection and re-pair, but I couldn’t pin the issue down to one thing.

Built-in Alexa and Google Assistant are available for hands-free assistance and notifications. For Bluetooth, the WH-H910N are compatible with 5.0 standard. There’s no aptX or aptX-HD, surprisingly, but there is Sony’s LDAC for Hi-res streaming.

Right from the off the WH-H910N have a similar character to the WH-1000XM3 with a flowing and balanced approach.

Bass is a touch restrained. Despite Sony’s claims of the 25mm driver being able to produce a similar performance to conventional 40mm drivers, there’s not the same amount of power on tap here. With the WH-1000XM3 voices sound bigger, the soundstage is wider, and there’s more energy to the performance. 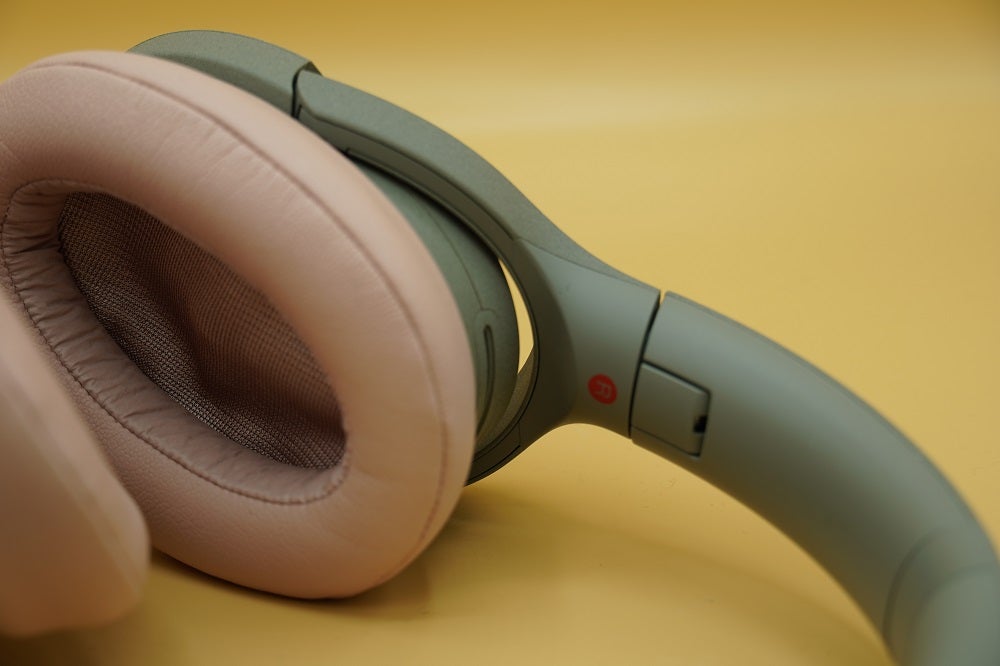 A listen of Hold Up on Kendrick Lamar’s Section 80, and the track is knitted together well. Bass is smooth and weighty, with the WH-H910N’s steadfast refusal to go overboard in describing it. Clarity is given to the vocals too, and the overall impression is one of scale and an enjoyable sense of rhythm.

Janelle Monae Can’t Live Without Your love is given a smooth, sweeping presentation. Her vocal quality comes through, and the headphones describe the frequency range harmoniously. It’s difficult to pinpoint any glaring issues, you’re just swept away by how good it sounds. Like Sony’s best efforts there’s a musical quality to the performance, especially in the midrange. Treble sounds better than the WH-1000XM3. 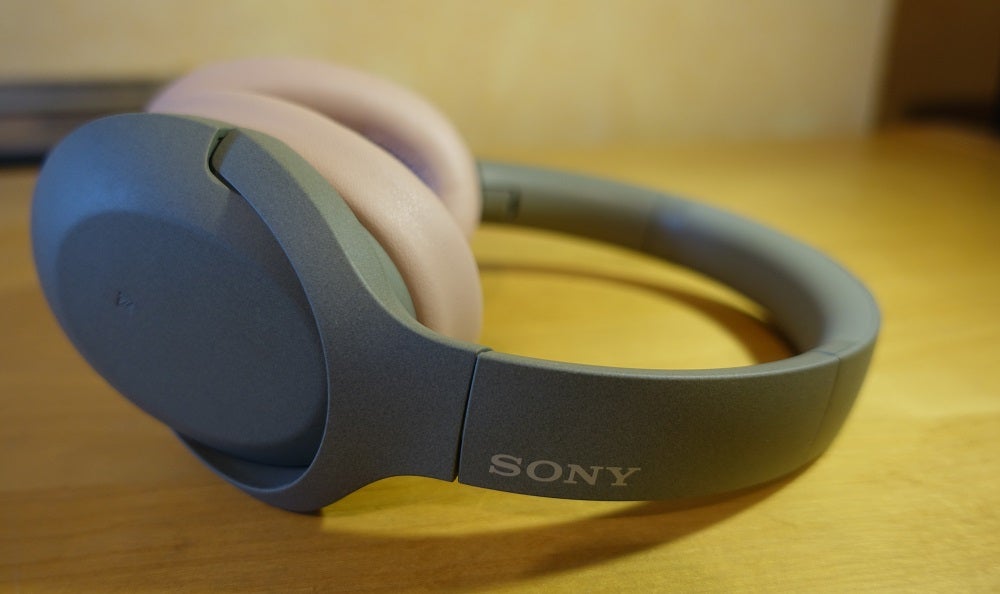 Fleetwood Mac’s Dreams and the drum kicks hit will and cymbals crash, and the overall sense of the tone is one of cohesion. There’s no hint of sibilance, nor is there any sense of sloppiness in the timing. Notes are set up like dominoes and the Sony knocks them down with relish.

The good news continues with an enjoyable sense of dynamism to the performance. A Thousand Details from The Girl with the Dragon Tattoo soundtrack, and the stops and starts are communicated emphatically. The song rises and builds, and while there’s less of that authoritative sense of power, the WH-H910N still manages to wade through and pick up the details you want for a good sense of drive and rhythm.

And with Sony’s next over-ears surely on the way, it’ll make a fine alternative if you’re not willing to loosen the purse strings for that pair. If you’re after a well-featured, great-sounding noise-canceller that’s a bit more fun in its appearance, the Sony WH-H910N H.ear are absolutely worth a pop.

Sony deliver very good ANC headphones. The WH-H910N aren’t as good as either the XM4 or XM3, but its characteristics are similar. Think of it as a ‘lite’ version.

The WH-H910N bear more in common to the XM4 than the XM3. It’s almost as if Sony was trialling ahead of the WH-1000XM4s hitting the market.

The price has dropped further since review to under £200. That makes these Sonys quite appealing if the £200 is your budget ceiling.

The noise cancelling is good for removing everyday clutter but for more heavy duty noises, you’ll want to nudge a bit higher in price.