A few weeks ago I took a look at the mid-range model in Sony’s updated Walkman range: the NWZ-E436F. It was a great little player, boasting excellent sound quality and coming in at a very aggressive price point, but – much as I liked it – I couldn’t quite bring myself to dish out the awards. Maybe it was the slightly jerky video playback, maybe it was the limited 4GB capacity, but Sony’s little player didn’t quite do enough to leave the competition in the dust. It did, however, leave me hungry to see the new model in the premium S series: the NWZ-S639F we’re looking at today.

Sony has made much of the fact that this is the thinnest Walkman ever, but the big surprise for me was how similar this S series model was to the E series I was still listening to only a week or so ago. In fact, the S639F is a whole 2.1mm less wide, 4.6mm less tall and a mere 1mm thinner, with the same size 2in screen and the same control layout as its less pricey sibling. Woo-hoo! To be fair, however, the E series felt very light in the pocket and this one feels practically unnoticeable. 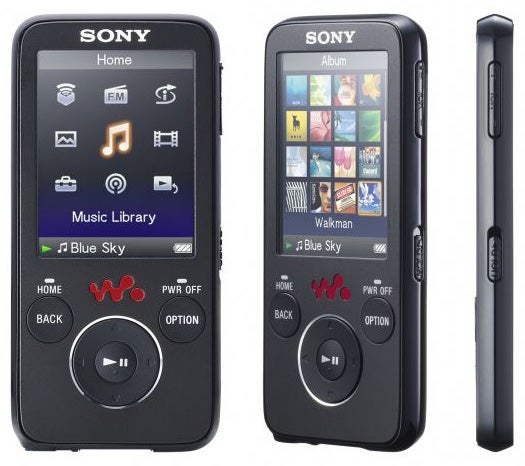 The proprietary USB connector (boo) and headphone socket sit in the same place at the bottom of the unit, and the only other major physical difference is that, where the E series was all matt and gloss plastics the S series is all solid, sturdy aluminium. Sony’s design still feels just a tad less inspired than Apple’s, but you can’t really fault it in terms of fitness for purpose.


I’ve similar feelings about the interface, which again seems to have been carried over wholesale from the E436F. Does Sony have anything to match CoverFlow or the accelerometer-controlled screen orientation of the Nano? No, but it does have a functional GUI where every option is pretty much where you’d expect it. The S639F works well one-handed, and the mainly list-based browsing options, with album cover thumbnails, make it easy to track down the audio or video track you’re looking for.

Dig a little deeper, however, and the S639F has some pretty interesting tricks to try out. The headline one is SensMe. This analyses the music on your Walkman and sorts the music into 11 themed channels based on the tempo, the rhythm and the overall ‘mood’ of the music. This takes time (just under 30 minutes for 472 tracks in my case) but the results are worth it.


You can flick from Energetic (currently playing The Hold Steady’s ”You can Make Him Like You”) to Pop Ballad (now it’s ”Nocturn” from Kate Bush’s Aerial) to Relax (blimey, ”Stairway to Heaven?”) in seconds. Sure, as you can tell it doesn’t always get it right, but it’s a bit like having someone make up playlists for you to fit the mood you’re in. You get the surprise factor of a shuffle mode without having too many weird tracks creeping in to spoil the vibe.

On top of this, there’s Intelligent Shuffle, which mixes a regular Shuffle function with a Time Machine shuffle that picks a year, any year, and blasts you with tracks from it. I can’t see many people using these too often, though sometimes Time Machine gets the nostalgia factor spot on. Oh, 1997… I remember it like it was yesterday….


Screen-wise, the S639F seems similar if not identical to the E series model, with a bright, beautifully crisp 2in 320×240 display. The good news is that video performance is better, with the high-end Walkman playing back the trailer for ”The Transporter 3” and last night’s ”Top Gear” with plenty of detail and nary a stutter. I still wouldn’t want to watch a whole programme on a screen this small, but this is about as good as video playback on a very compact player gets.


Interestingly, Sony is currently preloading the S639F with a selection of video content, as if to prove it. I could personally do without videos of The Ting Tings and Sandi Thom, but if such things float your boat, I guess it’s a nice little extra. 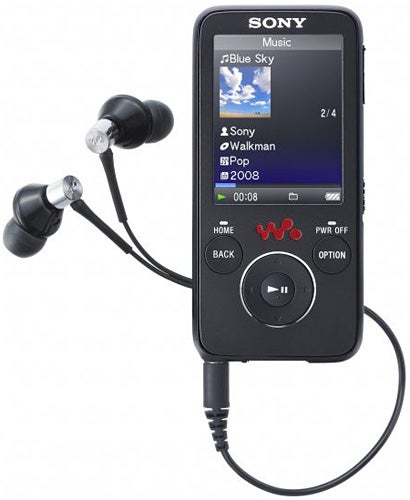 Now for the important bit. The E435F was a strong sounding player. The S639F is even better. It helps that Sony actually bundles the player with a decent pair of noise isolating earbuds, the MDR-EX082s, which deliver a meaty but clearly defined soundstage with a nice, tight bass. With the default EQ settings the combination is strongest on poppier material. ”LoveStoned” from Justin Timberlake’s FutureLove/SexSounds sounds just fantastic, with every beat and click of the rhythm track slapping you around the ears while layers of vocal, synth and clean guitar give them a decent workout.


That said, the S639F is no slouch in other areas. If you want the funky grunge sound of the third Audioslave album, Revelations, then the Sony can push out warm, crunchy rhythm guitar and wailed vocals with style. If you want the stripped back guitar and falsetto vocals of Bon Iver’s ”Blindslided”, then the Sony gives them room to breathe and reveal little sonic details that some lesser players tend to miss. Perhaps the headphones don’t have the subtlety or range to do full justice to the prelude from Wagner’s ”Tristan and Isolde”, but the output certainly isn’t awful. If you’d heard an iPod with stock headphones attempting the same challenge, you’d find there’s really no comparison.

Plugging in my Denon canalphones, the S639F is even more impressive. You still get the beefy bass and clarity, but the sound has a little more body and a rounder tone. Each note of the piano in Bach’s ”Goldberg Variations” rings out with a crisp precision. Listen to the John Legend/Corinne Bailey Rae duet of ”Where is the Love” from the first’s Live in Philadelphia album and you could practically be in the auditorium, the vocals, bass and brass all sitting perfectly in place with the percussion pushing through from the edges of the soundstage.


”LoveStoned” sounds amazing. Normally it’s a track I listen to for testing purposes rather than pleasure, but on this Sony/Denon combo it just makes you want to get up and go get that hot chick on the dancefloor. Or, at least imagine doing that sort of thing while you enjoy your bedtime cuppa, anyway. 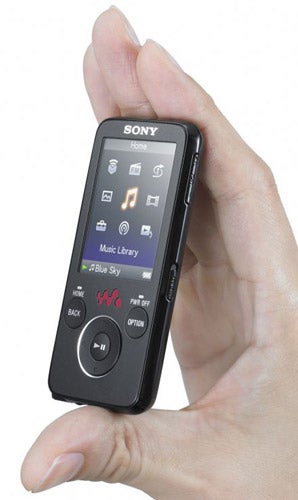 Normally I steer clear of the enhancement modes built into players, but the S639F has an interesting innovation here: these enhancements actually can make the sound sound better! True, the VPT surround modes are the fun but ultimately useless reverb effects we know and don’t much love, but the DSEE Sound Enhance and Clear Stereo features have a positive effect on the dynamics of the song and widen the soundstage. Normally I try these things then rapidly switch them off. Here, I’ve actually left them on.


Battery life was a real strength for the E436F, and so it goes for the S639F too. I left it running overnight and the battery had gone down, to use a technical term, a smidgen. Sony quotes 40 hours of music or 10 hours of video, and at the moment I have little reason to doubt them. 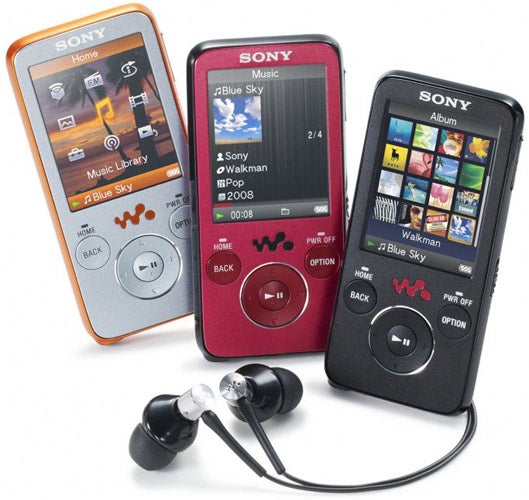 The S639F isn’t quite the best sounding MP3 player I’ve ever heard, but it’s certainly better than any Apple player I’ve listened to, and I suspect that this is the important thing for Sony. Put together the excellent sound quality, the fine bundled headphones and the value – 16GB for only a little more than the 8GB iPod Nano – and anyone who values music over style would be mad to buy the Apple player.


Audiophiles will still be better served by a player from Cowon or iRiver that has support for APE, FLAC and Ogg Vorbis, which the Sony doesn’t, and will doubtless have their own headphones, anyway. At the end of the day, though, the S639F is an excellent buy for the average music lover. If I couldn’t quite bring myself to recommend the E436F, this time it’s easy. It’s an excellent player, and one I’d be happy to own and use myself.


While the most demanding audiophiles could do better, the S-Series Walkman has the edge on Apple’s Nano when it comes to sound quality and value. Compact players don’t get much better than this.