Anyone hoping the Walkman NWZ-S544 would score as well as the NWZ-E443 will be disappointed. While in isolation it’s still a decent media player, it’s something of a step if not necessarily backwards, then definitely sideways from its S Series predecessor. And different doesn’t automatically mean better. 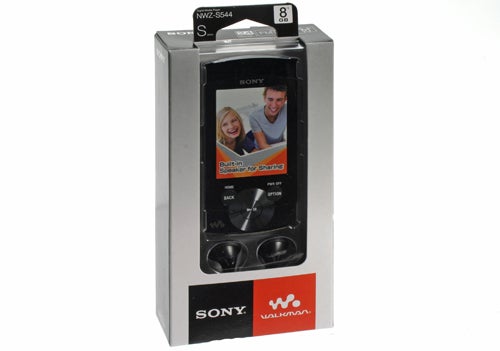 The changes are immediately evident. The S544 is noticeably bigger than the NWZ-S639F. The reason for this increase in size is that, keeping with the current inclination towards adding slightly gimmicky features (hello, iPod nano), Sony’s refreshed S Series Walkman comes complete with built-in speakers which add a fair amount of size (though not weight it should be said) to the player.


Admittedly there are benefits to having built-in speakers. Laying in bed with Charlie Brooker’s ”Gameswipe” transferred to the S544, for example, it’s possible to keep the volume low enough that there isn’t any distortion. Although with the volume down it might be hard to hear the programme over the raucous laughter it’s likely to induce. More practically, you can use the S544 as an alarm without needing to sleep wearing ‘phones (which is just a little impractical) or leave a set of speakers plugged in and turned on. 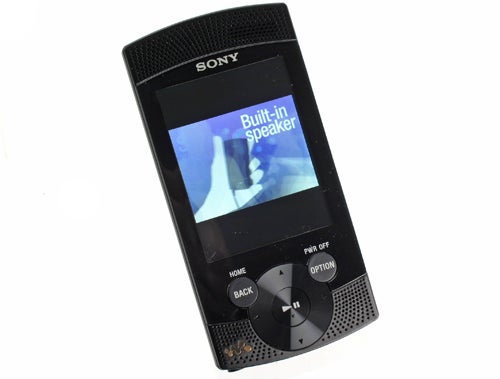 In the outside world, however, using the player’s speakers is nigh unforgivable. I can’t say I’ve ever been inclined to sit in a bus or train and blare out my music for everyone else to ‘enjoy’, which is probably very uncharitable of me because I have impeccable taste. Annoyingly, however, not everyone is as restrained as I and the quality of the 544’s speakers at volumes loud enough to hear anything in anything but a totally quiet environment mean that what you do get to hear is an incoherent mess of noise.


In fairness to Sony, no speakers this small are going to sound amazing and it’s hardly any engineer’s fault if today’s youths decide to misuse their products. Besides, the E Series is there if you prefer a smaller player.

The plastic casing is a step backwards from the S639F, which was built from aluminium. The use of a cheaper material hasn’t resulted in a cheaper price, though. Worse than that, though, the bundled earphones aren’t anything like as good as those bundled with the S639F. Those were just about good enough that you didn’t need to upgrade to a better set, but the ‘phones supplied with this S Series player are decidedly underwhelming.


Positioning the toggle switch for the output mode on the same edge as the hold switch might cause annoyance if you’re memory is as poor as mine but otherwise the control layout is good. 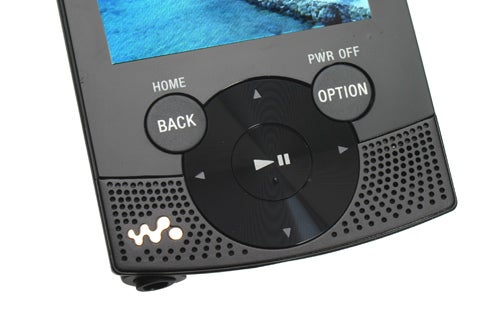 On the plus side, the screen is now larger (at 2.4in versus 2in previously) and although it retains the same 240 x 320 pixel resolution and is consequently less sharp I think Sony has made the right call. Let’s face it, having to squint to watch videos is hardly ideal, so a bigger display is worth having.


A stand that sets the S544 at a 45-degree angle might just be the easiest-to-lose accessory I’ve ever seen included with a portable media player, but it is useful if you want to watch videos and have a solid surface handy to place the player on.

There are less software features with this generation. SenseMe channels are no longer available and nor is Intelligent Shuffle. While it’s entirely possible Sony concluded these features weren’t actually used by the majority of Walkman users, I can’t see what benefit removing them has brought. At least the otherwise unchanged interface is still as good as it has ever been.


There are a few niggles, though. Podcasts are lumped in with all the other audio files, which can be annoying if you want to put your entire music collection on shuffle. There’s no on-player facility for creating playlists either, which is something of a glaring omission.


The S544’s FM radio is entirely similar to that of the E443’s, with pausing and recording both possible. Again, it’s not a feature I’d ever use myself, but it is well implemented. Audio recording (in 96kbps, 128kbps or 160kbps MP3) is also present here.

While the feature set of the S544 is somewhat reduced from its predecessor, the most important aspect, its performance, is every bit as good. As long as the source files are of a reasonable quality (think iPlayer downloads, not YouTube rips) then videos look pretty snazzy. Colours are vibrant, the screen is bright, playback is smooth and clear, plus viewing angles are good enough that two could watch a video at the same time. I’ll leave it to your imagination as to when that might be useful.

Audio performance using a decent set of ‘phones is every bit as good as the S639F’s. Yet again there’s plenty of warmth, clarity and detailing that the likes of an iPod simply can’t match. The Offspring’s typically crashing guitars and catchy lyrics on ”Americana” are reproduced with plenty of presence, great low down detail and a generally catchy tone. The likes of HeartsRevolution’s synth-ridden CYOA! are portrayed well, too, the punchy output of the S544 making it all the more addictive listening than on a lesser player.


It should be said that some players like Cowon’s iAudio S9 still sound better, especially with more sophisticated music, such as Wagner’s Tristan and Isolde. However, the difference is only really noticeable with a fairly high-end set of headphones in a quiet environment. Plus the S9 is a fair bit more expensive, which is an important consideration. 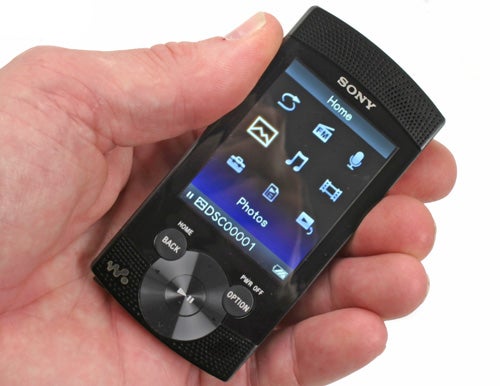 Ok, so audio performance isn’t quite up there with the best players, but can it outshine them with its format support? Well no, not really, as that’s the S544’s real Achilles’ heel. Even though for most, MP3, AAC, WMA and Linear PCM support will be sufficient, when rival players can also play back OGG and FLAC files it’s annoying that Sony’s player does not. If you can accept that limitation, though, you should find the S544 a perfectly capable player.


The Sony NWZ-S544 doesn’t quite impress as much as the NWZ-S639F it succeeds, the NWZ-E443 sounds almost as good while costing less and there are better sounding, better featured players out there. But accept its shortcomings and the S544 is still a credible player.