Just last year it was hard to believe that Sony’s Walkman brand had ever had the same cachet as Apple’s iPod. Shackled by proprietary standards and wretched software, Sony’s digital music players couldn’t compete no matter how good the sound quality or attractive the styling was. Last year Sony finally saw sense, abandoned the awful SonicStage and embraced the world of Windows Media Player and Drag and Drop.


We loved the NWZ-A815 and liked the over-priced NWZ-A829, hoping that the stage was set for a renaissance of the Walkman’s fortunes, but against very stiff competition from iRiver, SanDisk, Cowon and Apple, this latest generation certainly has its work cut out.


The new line-up is split into three ranges – the gorgeous, slimline S series, the entry level B series and the one this player belongs to, the mid-range E series. While the S series is the designer line you can hardly describe the E436F as an ugly chub-monster; less than 9mm thick and three and a half inches high, it’s a nice compact player with a metal chassis finished in a mix of gloss and matt plastics. Our review unit came in black, but red, pink and blue models are available if you prefer a dash of colour.

Build quality is excellent, the 2in screen doesn’t seem prone to smudging or scratching and the player exudes a sense of durability that many of its less expensive rivals would struggle to match. But before this turns into a puff piece we can still find something to moan about in the physical design: the use of a nasty proprietary USB connector when there’s plenty of room for a standard mini-USB port. Curse you, Sony, for giving us another little black cable for us to lose!


Sony has stuck with its tried and tested controls, with a four-way D-pad surrounding the play/pause button, back and option buttons on either side and a volume rocker on the side. There’s nothing really exciting about the GUI, based on a simple grid of function shortcuts leading to lists (with image and album artwork thumbnails) for your audio, photo and video content, but it works.


There’s no difficulty in scrolling through via alphabetized lists for album, artist, genre etc. to find individual tracks, and if all else fails you can always search folder by folder. The only fly in the ointment is, as in the last generation, that you can’t create playlists or queue up tracks on the device itself; you need to set them up in Media Player first.

You have several options for getting content on the E436F. You can just drag and drop it into the correct folder just as you would with most modern players, or alternatively use Windows Media Player 11 to sync your media libraries. However, Sony also supplies a dedicated drag and drop Content Transfer applet where you drag files onto the little window and it copies them over to the correct folder. You can drag and drop directly from WMP11 or even iTunes should you wish, though as anyone stuck in a love/hate relationship with Apple’s ecosystem will instantly suspect, DRM-enabled tracks are not supported in the latter case.


Finally, there’s a Media Manager application that gives you more detailed options for the transfer and handling of media between PC and Walkman. This unfortunately bought back some nasty flashbacks from the bad old days of SonicStage, and I’m not sure I can see many people using it in preference to WMP11 or any of the great third-party media management apps out there. 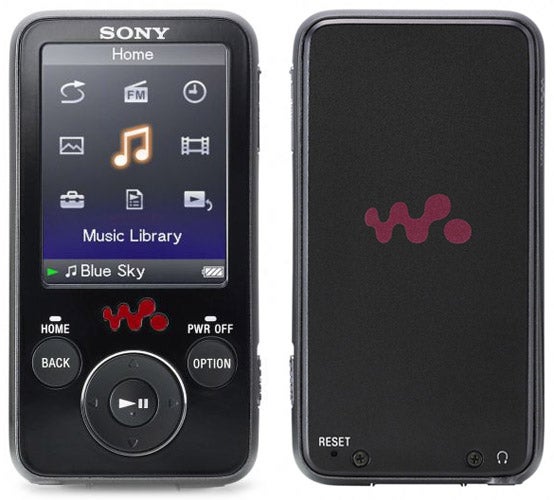 Video playback is rapidly becoming de-rigeur on all but the smallest, cheapest players, and the E436F has some interesting capabilities in this regard. The 2in screen is theoretically capable of playback at a full 30fps and, with support for DRM-enabled WMV9 files as well as H.264 AVC and MPEG-4, it’s one of a growing number of players compatible with the BBC’s iPlayer service.


That’s all well and good, but if I was particularly interested in video playback this wouldn’t be my device of choice. The 240 x 320 TFT screen is nice, bright and pin-sharp, but in the default portrait format you have to really squint to see what’s happening on the screen. Rotating the view to a landscape format helps a lot, but as the screen has a 4:3 rather than a 16:9 aspect ratio any material in the now standard format is cramped between black bars. 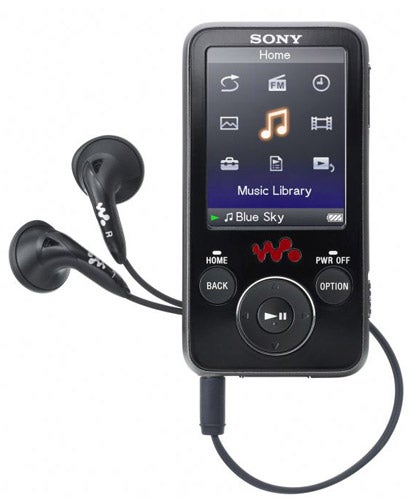 Nor is the motion as smooth as Sony makes out; while there are periods when you can believe it’s running at 30fps, there are also noticeable judders, even in the sample material supplied by Sony on the player. On the plus side, the iPlayer compatibility works just as advertised. I downloaded last night’s edition of ”Later… Live” and seconds later I was watching it on that teeny weeny screen.


To put things in perspective, we have made similar complaints about other comparable players, including the otherwise wonderful 4th generation iPod Nano. Two inches might be big enough for five minutes of light viewing, but watch too many hour-long programmes and you’ll only please one person: your local optician.


We’ve similar reservations about photo viewing – even your best shots won’t make much impact on a screen this size. If you really want photos and video playback, our advice would be to step up a device class to something like the iPod touch or iRiver Spinn.

What really counts in this class is audio performance, and here the news is – typically for Sony – good. Admittedly, the results with the bundled earphones are more solid than spectacular; you get a lot of clarity and detail in the sound, but at the expense of body and warmth, and while fiddling with the five preset and two custom EQ settings helps round out the tone, you can’t expect miracles.


Poppier material, like the Timbaland remix of OneRepublic’s ”Apologize”, is best served because all the layers of sound come through so precisely. Give the E436F something heavier or cluttered to work with, like the remastered version of Led Zep’s ”Achilles’ Last Stand”, and the performance is fine, but hardly stellar. 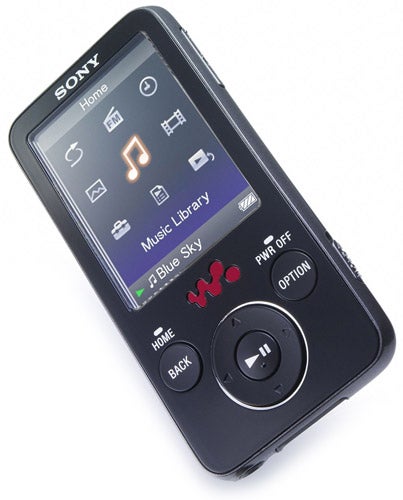 Give the E436F some decent headphones to work with and it’s a different story. Plugging in the Denon earphones I use for reference and the hoary old Led Zeppelin track kicks off, the bass surging forwards, the guitar cutting through the mix with incredible power and clarity and the drum fills practically exploding in my poor lug’oles. The slightly more fragile, stripped back arrangement of Bon Iver’s ”Re: Stacks” come off equally well, with every little touch and nuance in the acoustic guitar and falsetto vocals captured.


Fans of classical music have few causes for complaint. The delicate piano of Bach’s ”Goldberg Variations” is handled with a real finesse, giving you room to appreciate the pianist’s individual phrasing, while Tasmin Little’s 1998 recording of Arvo Pärt’s ”Summa” sounds every bit as lovely and melancholy as it should do, each instrument clearly discernible yet merging into one rich sound. I’m not sure I’d put the E436F up there with the best players from iRiver or Cowon, but it’s not all that far off. 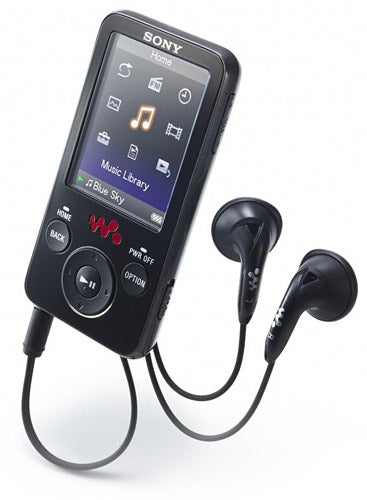 Of course, those players can boast something the Sony can’t: support for file formats beyond MP3, AAC and WMA, including lossless formats like APE and FLAC. For this reason, the more obsessive audiophile will probably want to look in their direction – not least because the 4GB capacity of the E436F won’t stretch so far with the more exotic formats.


I suspect that the E436F’s intended audience won’t be so troubled, and what they will appreciate more is the incredible battery life. Sony quotes a colossal 45 hours of playback time, and having watched the E436F cruise through a day of pretty solid use with barely a dent in the battery gauge, I’ve no reason to believe that’s not the case.


Throw in a decent and easy to set-up FM radio and a nice little clock display function and the Sony is an appealing compact player at a very reasonable price, and a worthy rival to the new iPod Nano.


Counting against it, the 4GB capacity is a bit disappointing and the design isn’t as drop dead gorgeous as the Nano, but in its favour the E436F is significantly cheaper – in fact the £60-odd price point puts it in direct competition with players from many less well-known brands. Of these, iRiver’s Lplayer probably has the edge on audio quality, format support and value, but otherwise it’s a close run thing. If great battery life and a solid build are more important factors, the Sony is an excellent buy.


Not the most exciting, stylish or innovative player on the block, but a strong performer that’s built to go the distance, with battery life to match.