There’s little question that Sony’s Walkman range is getting things right at the mid-range and top-end of the MP3 player market. We made the flagship NWZ-639F our MP3/PMP player of the year for some extremely good reasons, and we’d recommend the cheaper NWZ-436F to anyone looking for a cheaper alternative to the iPod Nano. However, things are very tough at the bottom end of the market. With players like the SanDisk Clip, the Samsung YP-U4 and the Creative Zen Stone around for less than £30 you need to score heavily on style, usability, value and sound quality to compete. I had high hopes that Sony’s B series Walkman’s might continue the high standards set by its E-Series and S-Series siblings into the bargain basement. Unfortunately, it doesn’t quite make the grade.


Why not? Let’s start with the design. Like the old NWD-B105 the NWZ-B133 I have here is styled like a USB key, but to my mind the look is much less attractive. While an attempt has been made, with the gloss plastics on the front and textured finish on the back, to tie it in with Sony’s more expensive lines, the thick silver bezel around the edge makes it look a little like the sort of cheap player you’ll find for under £20 in a supermarket. Sure the unit feels rugged and lightweight, but put it next to the lovely Samsung YP-U4 Litmus and there’s really no comparison. The Sony product just doesn’t have the same class.

On the plus side, the B133 is a perfectly usable little player. With only two functions – music playback and a voice recorder – it can get by without complex controls, so you can navigate lists and menus on the small three-line TFT screen using nothing more than an up/skip forward button, a down/skip back button, the play/pause key and a small, recessed back button. On top of this, you’ll find a volume rocker, a record button and a bass boost button on the top edge, with a hold slider on the bottom.


It helps that the interface is very simple. You can browse for files by folder or by ID tag, access general settings, change play modes and flick between five preset and one custom EQs, and really that’s all there is to it. There’s no internal playlist editing, the display doesn’t give you a lot of text to work with and scrolling is a little slow for my tastes, but if all you want is a spot of music while you’re on your way to work or going for a jog, the B133 does it in a no frills, no fuss fashion.

Unlike the Samsung YP-4 and iRiver’s T7 Volcano, the B133 hides its built-in USB connector the old fashioned way – under a plastic cap. There’s nothing too much wrong with that and a proper USB plug arguably makes a sturdier connection than the slimmed down, pop-out plugs in the aforementioned devices. All I would say is that the bulk of the player can make it hard to get any other USB cables into adjacent ports while the Walkman is plugged in.


Still, once connected you can easily copy across files and folders either by straight drag-and-drop or using Windows Media Player (or the media applet of your choice). Unfortunately, the easy drag-and-drop file transfer utility that ships with the S and E series Walkmans is not included, though in practice I haven’t really missed it. 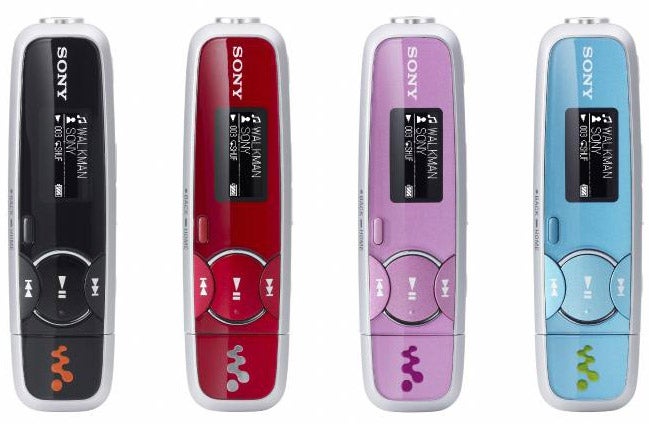 In short, we’re talking basic price, basic spec, basic features. The Voice Recorder works well enough for light note taking or the odd meeting, and you can customise the volume of the built-in microphone to suit your needs. If you want radio, two other Walkmans in the B series, the B133F and the B135F, include an FM tuner for around £5 more than the straight B133 and B135 models. Otherwise the only feature worth mentioning is a pulsing lightshow around the play button; fine if you like that sort of thing, but a bit dull after the glowing LEDs and screensavers of the Samsung YP-U4. And while I’m moaning, the B133 doesn’t shine in one area where its bigger siblings excel: at 16 hours, the battery life is only average.


Still, the strength of the Walkman brand has always been the sound. Surely the B133 carries on in that fine tradition? Well, the B133 is a decent sounding player, and a slightly stronger one than the YP-U4 or the T7 Volcano when given the right material. The sound through the supplied headphones is best described as competent; a little on the thin side, but with a good, solid bass when you use the Bass Boost button or switch EQ from ‘none’ to ‘heavy’ or ‘pop.’ In fact, playing ”Paranoid” from Kanye West’s weird but oddly wonderful ”808s and Heartbreak”, you could even describe the sound as being a little too bass heavy, though the warm keyboard sounds and Auto-tuned vocals cut through clearly enough.


The same impressions come through with rockier material. Spin ”Revelations” from Audioslave’s album of the same name and the booming guitars, pumping bass and crunchy riffs make a potent background for Chris Cornell’s typically beefy vocals.

Replace the bundled buds with a better pair of earphones, however, and two things immediately become apparent. First, you’d better lay off the bass boost if you don’t want to have your ears assaulted by the sort of racket you normally hear emanating from a tricked-up, resprayed Peugeot 206 with darkened windows. The pounding bass dominates the output to the extent that other frequencies just can’t get a look in.


Secondly, the B133 sounds good, but it’s limited in terms of the material it really works well with and there’s a definite point to which you can push the quality. The Timbaland mix of OneRepublic’s ”Apologize” sounds excellent; the dark bass and big beats working well against the piano and vocals, with all the layers of voice and instrumentation coming through clearly across a nice wide sound stage. ”Ordinary People” from John Legend’s ”Live from Philadelphia” sounds warm and intimate, just as it should. However, the understated tango and yearning violin of Gidon Kremer’s ”Homage to Astor Piazzolla” is too much for the little Walkman; the sound doesn’t have the subtlety or the dynamics to make the track come to life. 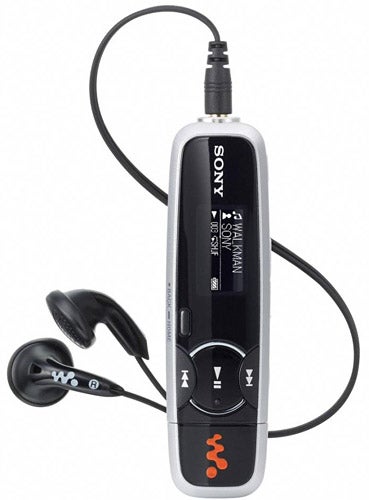 Frankly, the B133 is a bit of a thug. Give it something with a big beat, a booming bassline or some crunchy riffs to work with and it does brilliantly. Give it something more subtle, and it struggles a little. Overall, the Walkman has a slight edge over the Samsung YP-U4 when it comes to sound quality, but that edge really is pretty slight.


But that’s not Sony’s biggest problem. What is, is that both the Samsung and the Sansa Clip have the B133 licked in one crucial area: value for money. The big issue is capacity. The 1GB model I’m looking at here is £28, and while some stores are currently offering the 2GB B135 for the same price, it still seems like a bad deal when you consider that you can get a 4GB YP-U4 for under £30 or a 2GB Clip for under £20. Throw in the lack of features and audio format support – no AAC, no OGG VORBIS – and the Sony is okay value, but not what you’d call great value. It’s a well built, good sounding player, and most people wouldn’t complain were they to get one wrapped up on Christmas Day. All the same, it’s neither the most exciting nor feature-packed player around for this kind of money.


A decent if unexciting player, but against strong competition from Samsung, Creative and – especially – SanDisk, it doesn’t do enough to be a winner.