Sony has an enviable history in the entertainment electronics business. It has had fingers in most pies over the years, from TVs to hi-fi, games consoles and music publishing and along the way has produced some truly groundbreaking products.


But despite its undoubted pedigree the Japanese giant has managed to hobble itself completely in the digital music player market. This hasn’t been through any lack of engineering expertise. Every Sony digital player I’ve reviewed has had fantastic sound quality. But every one I’ve looked at has also forced owners to use Sony’s in-house SonicStage music transfer and management software. And whereas Apple has managed to make a virtue of this practice, Sony’s effort at matching it has always been dreadful.

Alas, the firm’s 2GB NW-E015 is no different to its predecessors in this respect. Despite the player’s USB thumb-drive design you cannot simply drag tracks to it from your hard drive, use Windows Media Player or any other player you might favour. The only way to transfer tracks to the NW-E015 is to fire up SonicStage CP 4.3, wait for a while for it to boot up…then wait for it to update information on the player…and then, when you try to copy your music across to it, wait for it to update the track information before finally getting around to performing the task at hand. And of course if any of your music is in WMA format, you’ll have to wait an extra few minutes while SonicStage transcodes it, reducing quality at the same time.

The waiting isn’t the end of it, though. Bizarrely, SonicStage doesn’t support file paths longer than 250 characters, so if you have a long name or some intricate folder structure leading to your Music folder, it’ll simply refused to transfer tracks. It won’t let you multitask either, stonewalling requests to browse the music library while performing the relatively simple task of transferring tracks to your device.


Of course SonicStage isn’t all bad. You can use it to rip tracks to Advanced ATRAC lossless format and play them back, a codec which to my ears is every bit as good, if not a touch superior, to open source FLAC lossless files. It also exchanges stats on what you’ve been listening to and how often with the NW-E015, allowing it to build up an accurate picture of your favourite music without you having to rate each track by hand.

The hardware itself isn’t much to write home about either, at least in terms of looks and design. In fact most of the people I showed it to said the NW-E015 resembled a lipstick or tube of mascara more than a digital music player, which gives you an idea of the level of build quality and finish. With no retainer strap, you’ll almost certainly lose the lid that covers the integral USB plug and the small plastic buttons ranged along the edge of the player, with silver skip buttons built into the lid collar, make it fiddly to use.

To be fair, there are a couple of features worth having here such as a bright, easy-to-read organic EL screen and impressive 30-hour battery life. I don’t think that, in general use, I ever saw the battery gauge fall below three bars out of three and it seems to charge quickly too. There’s also a rather cool browse by “jacket” mode, which allows you to flick browse your music by album art instead of having to rely on the titles. But this isn’t implemented very well and it interrupts whatever you’re listening to as soon as you switch over to it. 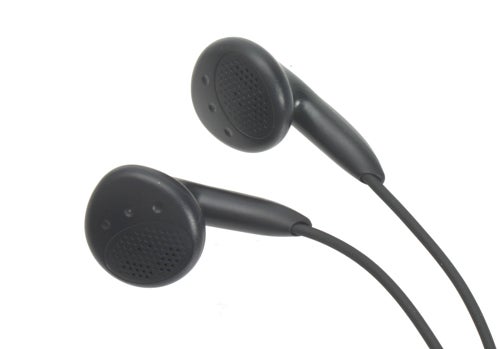 The one area where the NW-E015 does shine is in sound quality, which is superior to most other players in its class, matching the more expensive iRiver T60 I was so impressed with, and surpassing Apple’s nano. The best thing about it is that the 2GB capacity allows you to stick several albums in ATRAC Advanced Lossless format on the player before running out of space, although you’ll have to invest a fair wedge in decent headphones before you hear the difference between this and 192kbit/sec ATRAC 3 or MP3 encoding. In either format, though, it doesn’t disappoint.

Kicking off the listening tests with a touch of Regina Spektor’s kooky piano-based pop and the strength’s of the NW-E015 were immediately apparent. There’s a warmth here and depth and control of bass that just isn’t present with most other players. Flicking over to a touch of old-school electronica from Chicane proved the point further, with its deep, synthetic bass notes delivered in convincing fashion, without ever becoming too woolly.


That control helped with traditional pop too, kicking tracks like Bryan Adams’ Run to You along with energy, verve and good timing with nothing sacrificed at the top end either. Even classical sounded good: the hugely complex choral sections of Mozart’s Requiem sound harsh and are hard to listen to on some players, but that’s certainly not the case here.

Don’t expect to reach the heights this player is capable of with the supplied earbuds, though. These are okay, but sound hissy during quiet periods and are lacking in the sort of bass response the player deserves. Even a reasonably cheap set of headphones such as Koss’ Sportapros will really allow you to make the most of the NW-E015’s warmth and thunderous bass.


At the risk of sounding like a stuck record, it’s a real shame that Sony insists on undermining what would otherwise be halfway decent or very good music players with sub-standard music management software.


Normally its players’ design and usability coupled with great sound quality are enough to just about overcome this handicap. But with the NW-E015 that’s simply not the case and despite the fact that it probably offers the best sound quality you’re going to get in a £47 player, it’s just not quite good enough to warrant anything more than an average score – and with that it slips quietly into almost-but-not-quite mediocrity.