When Apple’s iPod began to take off in a big way, it left the rest of the market standing. Sony and most other ‘serious’ audio electronics manufacturers were either over-sceptical about computer-based music formats or were too conservative in their approach to catch the first bandwagon as it rolled on by.


The result is that hundreds of thousands of iPods have now been sold worldwide and a music-consuming public who have yet to be convinced that any other player even comes close. Personally, I wouldn’t be seen dead wearing those white iPod phones (I have a deeply irrationally phobia of following the crowd), but I have to admire Apple for sticking to its design principles and its dedication to ease of use. 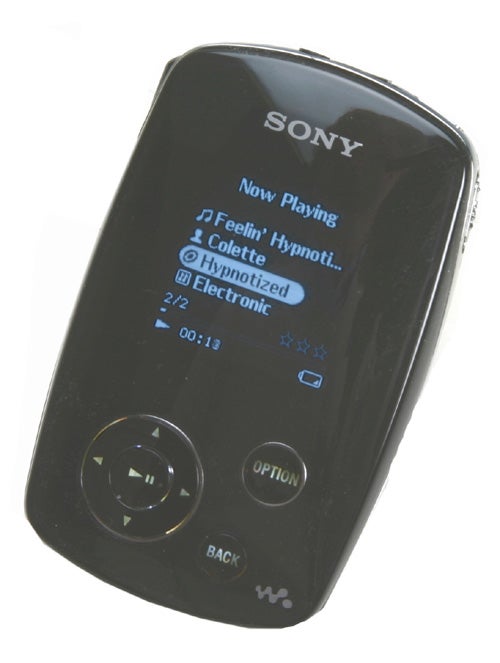 It hasn’t helped either that Sony, Apple’s biggest rival, has in the last few months had to cope with a barrage of criticism following revelations that it had installed unauthorised (and potentially hazardous) copy protection software on hundreds of thousands of its customers’ PCs, via music CDs.


The company is badly in need of a good news story to boost its battered image and it is desperately hoping that the new Walkman can provide it.


On the face of it, things look extremely promising. Sony sent over its smaller capacity 6GB hard disk player the NW-A1000 for us to paw and play with for a few days and we were immediately bowled over by its looks. It looked great in the press photos and on the web but we can report that it looks even better in the metal. As luck would have it, Sony had the good sense to ship it in its slick black, white and silver colour scheme and not the rather lurid metallic purple, pink and blue alternatives.

The Walkman’s screen is hidden under a layer of tinted, translucent plastic so that when it’s off you can’t see it at all. And when it’s on, the bright white organic LED lettering glints through as if it’s part of the player’s surface. On closer inspection you can just about make out the edges of a boring square screen, but envious friends and colleagues viewing from a distance will be none the wiser. 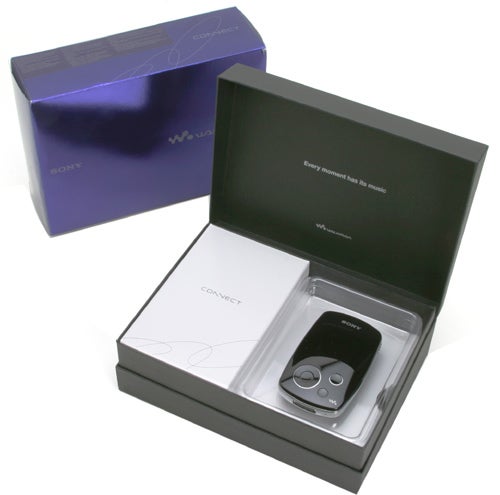 Its bar of soap shaped body fits snugly in your palm but, try as it might, Sony still can’t match the iPod’s click wheel for speed and ease of use. The Option and Back buttons are placed so that you have contort your thumb to reach them and all of the controls are a little on the small side too. Sony has compensated by adding several useful navigation and search aids to the player. Songs, albums and artists can be located by initial letter, which saves an awful lot of clicking. While listening to tracks you can press the Link button on the shoulder of the device to locate other artists in the same genre. You can access tracks by their ‘Play history’ – just pick a date and you can relive your music choices for that day. And there’s the option to browse the most recently transferred tracks too.


Sony has also included what it calls Intelligent Shuffle. This is, in effect, random play with knobs on. You can choose to shuffle by year of release (the Time Machine Shuffle) and by your most-played 100 tracks (the My Favorite Shuffle), as well as the standard Shuffle All option. 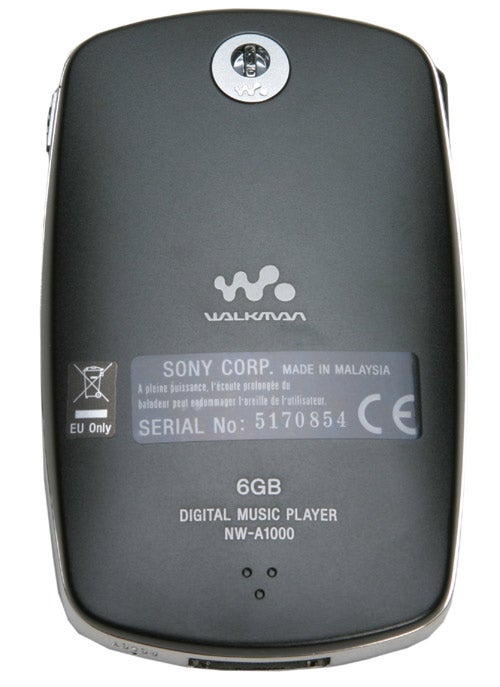 Of course Sony’s main strength has long been sound quality an in this respect the new Walkman doesn’t disappoint. This Walkman is comfortably the best portable MP3-player I’ve clapped ears on. Bass is weighty without being overbearing or boomy, mids are clear as spring water and highs are pin-prick sharp. Antony and the Johnsons’ atmospheric piano and vocals driven music was rendered with poise and real depth. Meanwhile, brash pop worked just as well and a blast of Hard-Fi really had me tapping my feet.

The Walkman is, unsurprisingly, at its best playing Sony’s own music compression format, ATRAC3Plus, but will happily play MP3 files too – they just don’t sound quite as good. WMA files are dealt with by the Connect music management software, which converts them as it transfers them from your PC to the Walkman. Ask it to play DRM files, though, and you’ll be in for a big disappointment. It will only play rights-managed files downloaded from its own music service which will be a show-stopper for anyone who has a library of paid-for copy-restricted downloads.

We were a little surprised to discover that we couldn’t turn it up loud enough to make our eardrums bleed, which could be a problem for those with higher impedance headphones or anyone using open-backed cans in noisy environments. On quieter recordings it occasionally left us fumbling for extra volume that just wasn’t there. Fortunately a quick search on the web revealed that the volume limitation is down to an EU restriction and can be removed with a simple engineering mode hack.


Even the supplied earbuds are decent, which is more than I can say for most phones that come with MP3 devices. As usual, you’ll benefit from a few extra quid spent on a decent pair, of course. We gave the Walkman a run for its money with a pair of Koss Sportapros and Shure’s in-ear E2Cs and were rewarded with far greater depth of sound and detail. 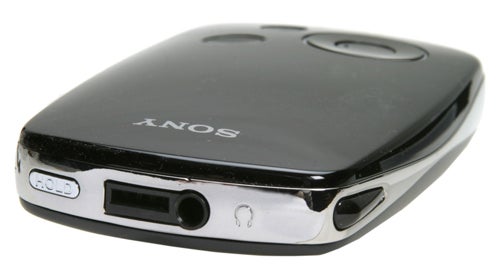 Another area where this machine – along with other Sony players – kicks some serious butt is battery life. The NW-A1000, which we’re reviewing here has a claimed 20-hour battery life when playing ATRAC files and 17-hours for MP3 files, which should be enough to enable you to listen to your music non-stop for the entire duration of most long-haul flights.

Sony’s attempt at revamping its connection software is not so impressive. It has met with widespread criticism over speed of transferral and stability since the Walkman hit the shops a few weeks ago, but I have to say I had no problems with it whatsoever on my XP-based machine. It performed the job of CD ripping to ATRAC and transferring music to the device with few hiccups

It’s no iTunes, though: it is both slow and cumbersome, it managed to get the album art mixed up in a couple of instances, and it took an absolute age (over an hour … no, really) to index all of the music on my system.


Despite the software, this Sony player is still an excellent piece of equipment. Sound quality, gorgeous design, superb battery life and ease of use make it the best high-capacity digital music player from the big S yet.


But is this 6GB device better than a 4GB nano? The answer, unfortunately for Sony, is a resounding no, notwithstanding the advantages I’ve just mentioned.


The nano not only looks as good, it also beats the Sony in virtually every other category. It’s smaller and has a colour screen, it has iTunes, it has Apple’s unbeatably easy-to-use click-wheel interface, and though it is 2GB lighter than the NW-A1000 and a tad more expensive, the fact that it is a flash memory device makes it a more attractive option, especially in the gym.