It’s surely a hard life producing a small portable media player, taking on as you must the iPod nano, but Sony has proved itself capable in the past of impressing in this area, with players such as the E443 taking on Apple’s contender and in many ways coming out ahead. The A-series isn’t quite as direct a competitor with its larger form factor, but the price and feature set mean that although a little bit larger, it makes a compelling alternative to its smaller rival.


Pricing for the A-series starts at £130 for the 16GB A-series, progressing to £189 for the 32GB model and a lofty £279 for 64GB of memory. As there’s no way to augment the built-in storage, you’ll want to ensure you get a capacious enough player from the off, which makes the competitive pricing a boon to the A-series. 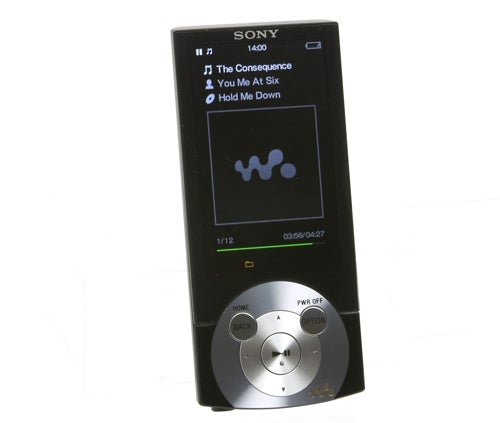 The form factor straddles a good middle ground between small enough to be portable and large enough to be comfortable to hold; the 105m x 47mm x 7mm frame fitting nicely in the hand. Apparently this is Sony’s thinnest media player to date, but we can’t say that attribute particularly inspired us. We were, however, pleased by the construction, which gives the A-series a quality feel which devices such as the Samsung Galaxy Player 50 sorely lack – even though both are made of plastic.


Although we are fans of the fancy touchscreen interfaces of the iPod touch and iPod nano, we have to concede that a return to physical controls is a refreshing improvement in many situations. For a start, you don’t have to look at the A-series to know what you’re doing with it, which makes playing and pausing music, or skipping tracks much easier in just about every situation. 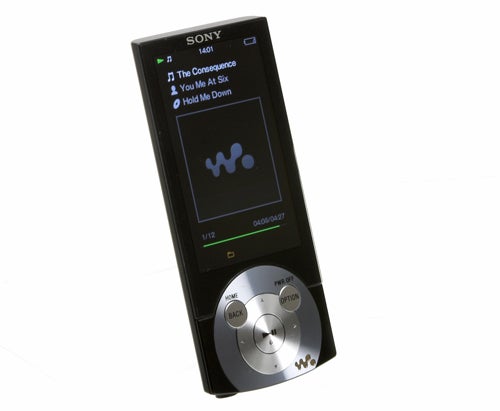 A few niggles did present themselves; for one we found the buttons a little hard to distinguish between at first. Furthermore, if you have large fingers it’s easy to end up pressing the wrong control if you’re not careful. The hold slider is well-placed falling under either your right thumb, or left forefinger, depending upon which hand you use to pick up the Walkman A-series.


The simple navigation controls pair nicely with the intuitive user interface. Owners of any of the last few generations of Sony media player will be familiar with the menu system, which just goes to prove that what isn’t broken need not be fixed. Our only issue was that album artwork embedded using iTunes didn’t show up on the player – but then there’s no reason to use Apple’s media player with the A-series, so it’s not a big problem.

The OLED display is worthy of note, delivering as it does bright, vibrant colours and smooth video playback. The resolution of 400 x 240 pixels is decidedly not record-breaking, but it’s good enough for the sort of video you’d want to watch on a 2.8in screen. The format support is par for the course, with MPEG-4 AVC/H.264 and WMV files playing without issue.


On the audio front, WMA, AAC, WAV and MP3 support covers the important bases. We’d have liked to see FLAC on that list, but aren’t surprised to see its omission at this price point. We’re far from convinced that the benefits of lossless music can be experienced on this type of player anyway – other than a placebo effect, perhaps.

As has become typical of Sony players, the A-series offers drag-and-drop file transfers, but it’s not quite a simple matter of plugging the device into a computer – you’ll need to use Sony’s proprietary USB cable. Also specific to the A-series player with which they’re bundled are the headphones Sony supplies. Not that they won’t work with another player, or that other earphones won’t work with the A-series. But the combination of the two adds noise-cancelling to the A-series’ capabilities. 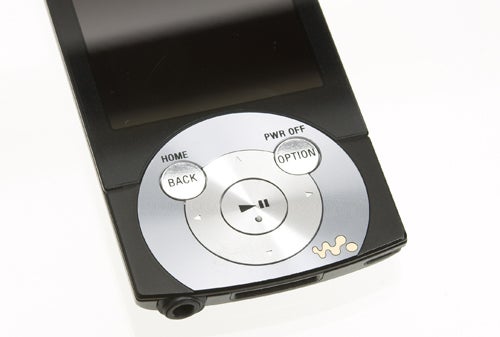 This works well enough, with a number of settings available to fine tune how aggressively the cancellation works. However, the extra bulk that this adds to the earpieces is an annoyance, and although the bundled earphones sound okay, they’re no match for a decent third party set.


The headphones do, in fact, serve one other purpose, which is to act as an antenna for the built-in radio. There’s little to say about this other than it works – unless you’re the type to be impressed by a whole 30 slots available for saving pre-set stations. That proved 28 more than we needed (BBC Radios 2 and 4), but your mileage may vary.

What’s perhaps most interesting about the latest generation of Sony media player, is the audio quality. Previous Walkman players offered a significant advantage over their equivalent Apple players, but with this latest generation the gap isn’t quite as profound – where the iPod improved noticeably over its predecessor this generation, the A-series is about on a par with other Walkmans such as the E443. 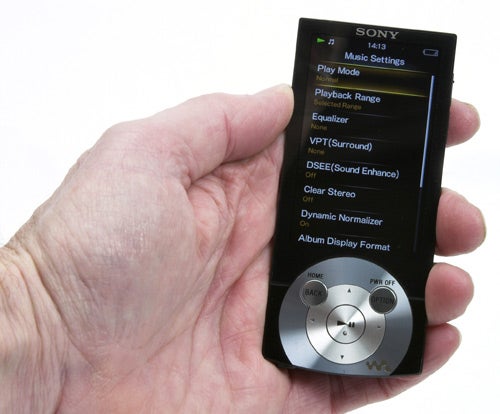 Not that we’re suggesting this is a problem. The A-series offers audio quality as good you can realistically expect at its price. The overall sound comes across full and warm, with a forceful but balanced output. There’s plenty of volume available, no distortion even with the player turned up painfully loud, and although the A-series output is powerful, it’s not too much so – the player will do delicate, too. For the money there’s really nothing to dislike.


The A-series Walkman is a fine successor to the previous models Sony has released in its class. The built-in noise cancelling ability isn’t as much of a show-stopper as Sony might hope, but the A-series is nonetheless a solidly built, well-featured and competitively priced rival to Apple’s iPod nano.