So let’s get this out there right away: the VW520ES produces comfortably the finest picture quality we’ve ever seen on a projector costing less than £10,000. In fact, in some ways, at least, it humbles ultra high-end projectors costing two or three times as much.

Its two main attractions come from precisely the two areas you might expect: the image detail and clarity delivered from its native 4K resolution, and the extra dynamism to its pictures delivered by its HDR capability.

Lets look at the HDR performance first. With the HDR clips we managed to get to work, the VW520ES delivered pictures that clearly displayed a marked increase in colour vibrancy, localised luminance and contrast that took what was already a sensational non-HDR performance to another level of beauty which, once witnessed, is pretty hard to live without. 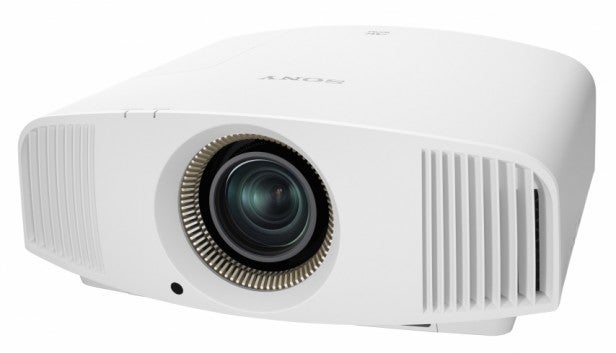 It should be stressed that the visual difference between HDR and standard dynamic range content isn’t as pronounced on the VW520ES as it is on the best HDR TVs out there – particularly Samsung’s JS9500 TVs. This is due, we believe, to the relatively limited amount of ‘new’ brightness Sony’s projector has to work with. However, the VW520ES still clearly reveals an HDR ‘difference’, and it’s clearly a difference for the better. And a difference that as yet no other projector is able to deliver.

It doesn’t do any harm to the VW520ES’s HDR performance, either, that it’s supported by the projector’s native 4K resolution. Having all those extra pixels to work with helps the image get more value from the extra colour range, shadow details and luminance variances that are already becoming an HDR trademark.

Viewed through the VW520ES on our 90-inch screen, it’s more clear than ever that HDR and native 4K resolution go together like the proverbial horse and carriage, with each helping to unlock the potential of the other.

While we are not of the view that 4K resolutions only make sense on truly huge screens, at the same time there’s no doubt that the extra detail and density you get from 4K is more exaggerated on a really large screen. So the benefits of 4K through a projector as talented as this one literally jump off the screen at you at the sort of image sizes anyone investing in such a premium 4K projector will be wanting to use.

In fact, the bigger you can get them, the better the VW520ES’s pictures look relative to the HD resolutions all the other home projector brands are still limited to at the time of writing (notwithstanding the way brightness reduces as you start to push towards really prodigious sizes).

As we write this review at the end of 2015, it remains sadly true that there isn’t much native 4K content around. We expect this to change in 2016, but nonetheless any 4K display will currently sometimes, even often, have to handle HD rather than 4K sources. At which point the huge images the VW520ES can produce could potentially work against it, highlighting any weaknesses in the processing it uses to turn HD into 4K.

As it happens, though, the VW520ES’s upscaling processing proves to be excellent, doing a terrific job of adding detail and clarity to HD sources without exaggerating any noise there might be in the HD source.

As noted in the set up section, the stunning sense of detail you get from the VW520ES’s native 4K resolution holds up well during action scenes thanks to some impressive motion processing.

While the VW520ES’s colours when watching standard dynamic range content aren’t as rich and attention-grabbing as those you get with HDR, they’re still excellent for a sub-£10K projector, looking natural and nuanced but also punchy and dynamic.

Yet more good news comes from the VW520ES’s contrast. Its black level response is startlingly good, providing the perfect foundation for all the colour richness and brightness the projector has at its disposal. 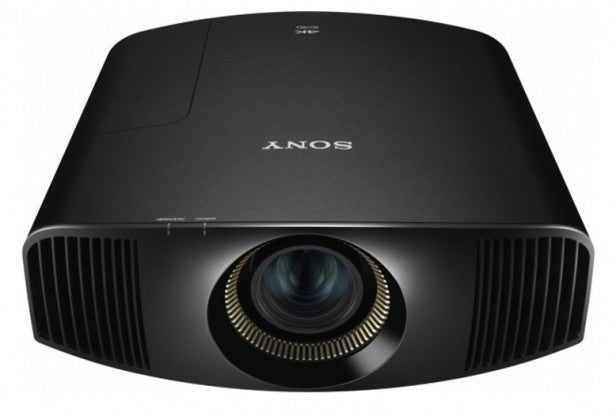 You do need to use the dynamic iris system to achieve the very best black level effect and most punchy images, and this can occasionally lead to some momentarily distracting shifts in the image’s underlying light levels. However, contrast is still impressive without the dynamic iris, and even if you do decide to employ it it’s actually much more effective than those of past Sony projector generations, resulting in far fewer moments where it becomes more of a distraction than a help.

In fact, aside from reflecting on what ultra-bright (and ultra-expensive!) projectors like Sim2’s Lumis  range might do with HDR content when they’re able to play it, it’s hard to pick any significant holes in the VW520ES’s pictures. All we could come up with is that while the VW520ES’s contrast performance is very good, JVC’s imminent new projector range will almost certainly outperform it where black level depth is concerned. But these new JVC’s will not feature native 4K resolutions.