After the stunning Sony VPL-VW500ES our hopes were understandably sky high for the VW300ES. But the VW300ES doesn’t just live up to these hopes – it makes them look like truly puny underestimations of Sony’s projector ambitions.

For starters, with native 4K footage not the tiniest fraction of the 4K detailing, density and richness experienced on the VW500ES seems to have gone missing in the step down to the VW300ES. In fact, bizarrely we almost felt at times as if the VW300ES’s images actually looked slightly better!

Without having a VW500ES to compare with directly, this impression may just be an ‘optical illusion’ brought about by our incredulity at seeing such stunning 4K image quality for so little money. But we did also wonder if the slightly reduced light output and lack of dynamic iris on the VW300ES was helping to deliver a more stable and balanced image than its more aggressive sibling.

It’s stunning, too, to see that the 4K image’s sensational clarity is retained almost fully when there’s motion in the frame, such as with the 4K/60p World Cup footage we’ve got on one of our video servers. It’s hard to think of any projector apart from super-expensive models such as the Sim2 Lumis series that can handle motion as well as the VW300ES.

Seeing the VW300ES deliver so much 4K pixel density and raw detail so noiselessly and pristinely on our 100-inch test screen is basically a sight so mesmerising that you’ll never want to watch projected 1080p again.

At which point you’ll probably be thinking that this is all well and good, but what about the small problem of there being hardly any native 4K content around at the moment? Actually, with the VW300ES this isn’t really a problem at all – its upscaling capabilities are nothing short of stellar for its money.

In fact, we could see no drop off in upscaling quality at all versus the VW500ES. It somehow manages to quadruple the pixel count of even really tricky HD Blu-rays – such as the final Harry Potter films – as if it was the easiest thing in the world, with pitch-perfect colour blending, palpable extra detailing, no exaggeration of source noise and no sense of the image looking processed or ‘forced’.

There are times, in fact, when upscaled images genuinely fool you into thinking you’re watching native 4K, and there can be no greater praise for the VW300ES’s upscaling processing than that. Especially when you consider that you’re watching images delivered at such unforgivingly prodigious sizes.

Another brilliant surprise about the VW300ES is the quality of its handling of dark scenes. It doesn’t take much calibration effort at all to get the VW300ES reproducing dark scenes outstandingly well, shooting down our concerns about the projector’s lack of dynamic iris. Black colours look much more natural and less greyed over than we’d ever expected. It’s great to see, too, how stable dark scenes look with no dynamic iris activity in play to cause ‘leaping’ brightness levels. 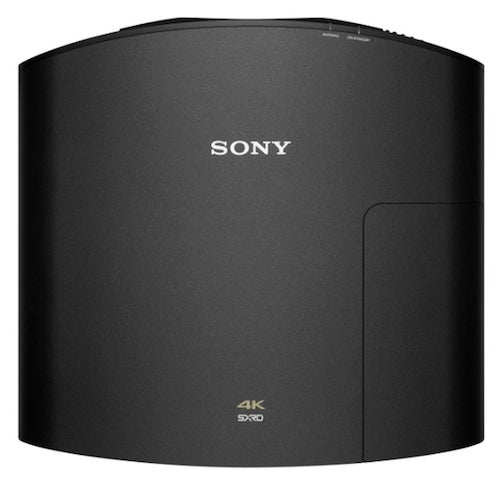 Images still look superbly punchy and dynamic, despite the VW300ES having 200 Lumens less brightness to play with than the VW500ES, and colour resolution and range are both superb. Plus, of course, you get that stunning extra quality of colour blend that’s part and parcel of 4K’s extra resolution.

With the use of SXRD technology also meaning you don’t have to worry about the ‘rainbow effect’ (colour striping) that you get with single-chip DLP projectors, it’s really hard to find anything negative to say about the VW300ES’s pictures. It’s providing an emphatic big-screen showcase for the joys of 4K for so little money. But it’s our job to be tough, so there are a trio of little things to mention.

First, just occasionally really dark parts of the picture can look a bit hollow, as some shadow detail is crushed out of the image – perhaps because the VW300ES doesn’t have a dynamic iris to draw on when dark scenes might benefit from a little brightness ‘push’. Second, while black level response is excellent and way better than expected, JVC’s D-ILA models still get deeper still, while also retaining more shadow detail. But crucially, of course, at the time of writing none of those otherwise brilliant JVC projectors carry native 4K playback.

The last thing is that some shades of green look slightly dull versus the overall colour mix, though this really doesn’t happen often.