True 4K resolution within a punchy, flexible picture make the VW270ES look like a steal

The Sony VPL-VW270ES is the Japanese brand’s latest entry-level 4K projector. Nevertheless, this “entry-level” unit still costs a not insubstantial £4999. That’s a serious chunk of cash when you consider the recently reviewed ViewSonic PX727-4K projector will set you back just £999.

Its price will certainly put it beyond the reach of casual projector fans. But for more serious home cinema fans, its features and performance prowess arguably make it appear a bargain.

Sony has essentially followed the same design principles for all of its “mainstream” 4K projectors to date, so it’s no surprise to find that the VW270ES looks identical to its predecessors. 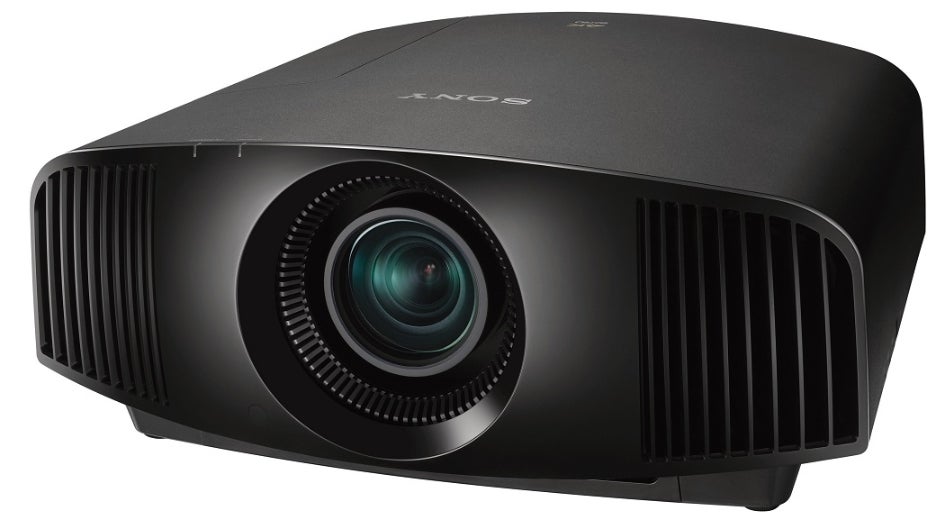 You get the same gently arced top and rounded upper edges, a centrally mounted reset lens, and the same dark, metallic finish. Overall it resembles Darth Vader’s helmet after a truck’s driven over it. But in a good way…

The only visual difference between the Sony VPL-VW270ES and its VW260ES predecessor is that the new model stands a centimetre taller. Note that the VW270ES is available in black or Premium White.

While not as compact as the new breed of budget DLP 4K projectors, the VW270ES still fits comfortably on a typical coffee table. In truth, though, a £5000 projector will benefit from a permanent installation – ideally in a dedicated home cinema room.

Accompanying the VW270ES is an excellent remote control. Its unusually large, elongated shape provides room for decent-sized, well-spaced buttons. These buttons are logically organised, too, and brightly backlit to aid use in a dark projection room.

Impressively for an entry-level projector, the remote provides control over the VW270ES’s motorised lens. In other words, you can tweak its focus, zoom and optical image-shifting properties at the press of a button.

The Sony VPL-VW270ES is unusual in the affordable projection world for providing a true 4K resolution. Its SXRD chips deliver a true 4096 x 2160 pixel count of the sort used in commercial 4K cinemas. There’s no need to magic up a 4K effect using pixel-shifting in the way of, say, budget DLP projectors. Or like JVC’s sub-£30,000 4K projectors have done (although that’s about to change with JVC’s upcoming N series).

The VW270ES’s SXRD technology also scores over single-chip DLP projectors by being immune to the latter’s rainbow effect, which can cause distracting stripes of pure red, green and blue to appear over bright image areas.

Despite being Sony’s new entry-level 4K projector, the VW270ES claims a respectable 1500 lumens of peak brightness. Sony doesn’t quote a contrast ratio – even though, perhaps tellingly, it does for its step-up VW570ES and VW870ES models.

The main differences between the VW270ES and step-up VW570ES are as follows. First, the cheaper model doesn’t have a dynamic iris system to boost contrast. Second, the VW570ES is brighter, boasting 1800 lumens of maximum brightness. Finally, the more expensive model carries a Picture Position Memory to adapt more easily to different film aspect ratios.

The most significant VW270ES improvement is the introduction of video processing previously only available on Sony’s higher-end models. MotionFlow processing is now on hand to deliver smoother motion playback in both HD and 4K films.

Gamers, meanwhile, will be keen to hear that the VW270ES now carries the Input Lag Reduction feature previously restricted to mid-range and high-end Sony models. This delivers an input lag measurement of around 30ms.

Thankfully, the Sony VPL-VW270ES improves on its predecessor with 18Gbps compatibility over HDMI. This means it can support 4K HDR at up to 60 frames a second.

These new tricks join old ones such as Triluminos colour technology, which offers a wider colour range. Note, though, that Triluminos still can’t cover nearly as much of the colour range associated with HDR content as decent 4K TVs. Just as the VW270ES’s brightness isn’t sufficient to render as much of HDR’s extended light range as a good HDR TV. After all, HDR was designed for TV displays, not projectors.

That’s where I’ll leave the TV comparisons, though, since the projector and TV markets aren’t really comparable. I just wanted to make it clear that HDR on any projector will always be compromised to some extent.

The VW270ES’s HDR support covers the industry standard HDR10 format, and the broadcast-based HLG format. There’s no sign of the Dolby Vision support found on many of Sony’s TVs. But then nor does Dolby Vision appear on any other projector, either.

The Sony VPL-VW270ES’s “physical” set-up aids are excellent. The x2.06 optical zoom enables the projector to adapt to a huge range of room sizes. You can also optically shift the image horizontally or vertically over large distances. This greatly reduces the likelihood of you having to ‘distort’ the picture with keystone technology to keep its edges straight.

The zoom and shift adjustments, along with the focus control, are operated via the remote control. There’s no need to get off the sofa to make manual adjustments. The motorised adjustments work with impressive precision, too. 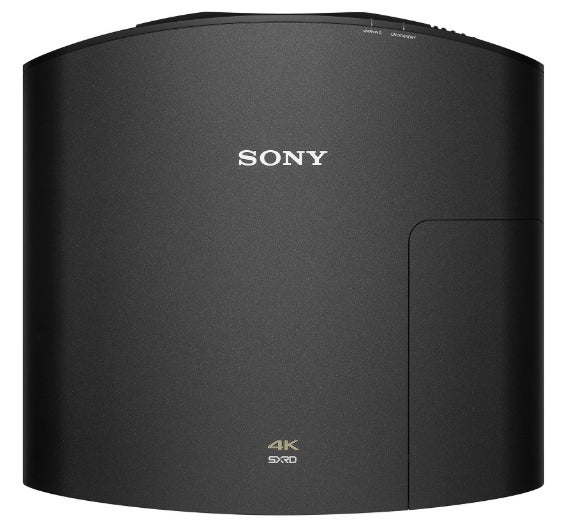 The latter setting does lead to more “clipping” (bleaching out of detail and tonal subtleties) in the brightest parts of the picture. But it also reduces detail loss in dark picture areas.

Turn off noise reduction processing for 4K content, and for movies I’d suggest sticking to the True Cinema motion mode.

The Sony VPL-VW270ES’s pictures offer a substantial improvement over those of the slightly disappointing VW260ES. In fact, they’re outstanding for a £5000 projector.

The first thing that hits you is the impact of the projector’s genuine 4K resolution. Good-quality 4K Blu-rays look incredibly sharp and detailed. So much so that I was able to see, for instance, details of a mesh cover over Sapper Morton’s door in Blade Runner 2049 that I’ve never seen before on a projector.

There’s a stunning consistency and stability to the VW270ES’s clarity too. Single-chip 4K DLP projectors, by comparison, can look a little noisy at times. Also, with one or two exceptions, their sense of sharpness can ebb and flow. What’s more, even at their best, none of the pixel-shift 4K solutions look as emphatically 4K as the VW270ES.

The exceptional 4K detailing remains intact, too, even during action scenes. This is thanks to the work of the excellent MotionFlow system. 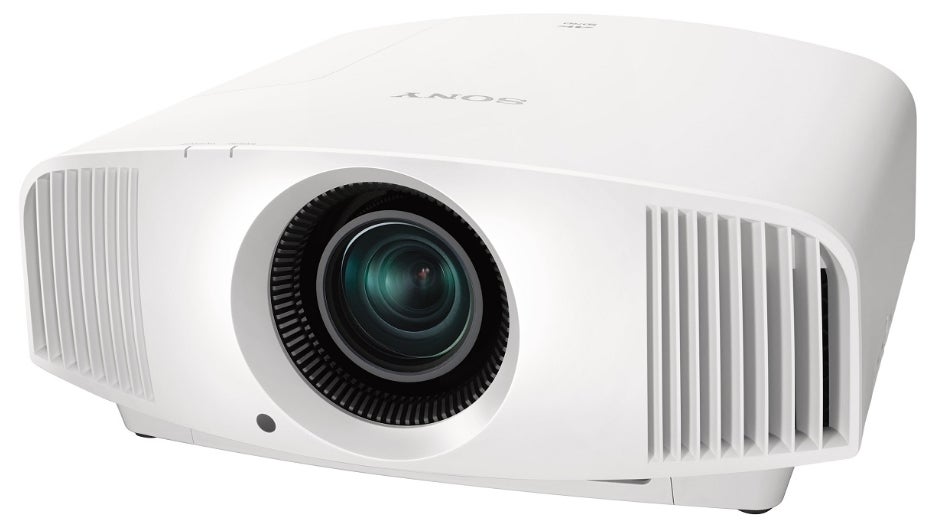 As well as looking crisper and sharper than its predecessor, especially during action scenes, the VW270ES delivers greater contrast.

While its black levels almost certainly won’t rival those of the step-up VW570ES (thanks to the step up model’s dynamic iris), dark scenes look much less greyed over and flat than they did on the VW260ES. This makes dark scenes of the sort that populate all the best films more convincing and less tiring to watch.

You can see more shadow detail in dark areas, too, and dark colours look richer and more “neutral”. Best of all, having more convincing looking dark scenes makes the experience of viewing a film, as it skips between light and dark scenes, feel much more consistent and, therefore, immersive.

It’s great, too, to be able to enjoy total stability in the VW270ES’s light output. There’s none of the jumping in brightness that can occur with projectors that use a dynamic iris. This does mean its pictures likely won’t match the dynamism delivered by the VW570ES (which we’ll be reviewing soon). But for some home cinema fans, at least, consistency is king.

The VW270ES’s enhanced contrast performance versus the VW260ES is particularly helpful when watching HDR sources. For starters, it means there’s less “flattening” greyness in play during shots containing a mix of bright and dark content. You also get an enhanced sense of dynamic range, as deeper blacks now sit alongside the image’s brightest points. 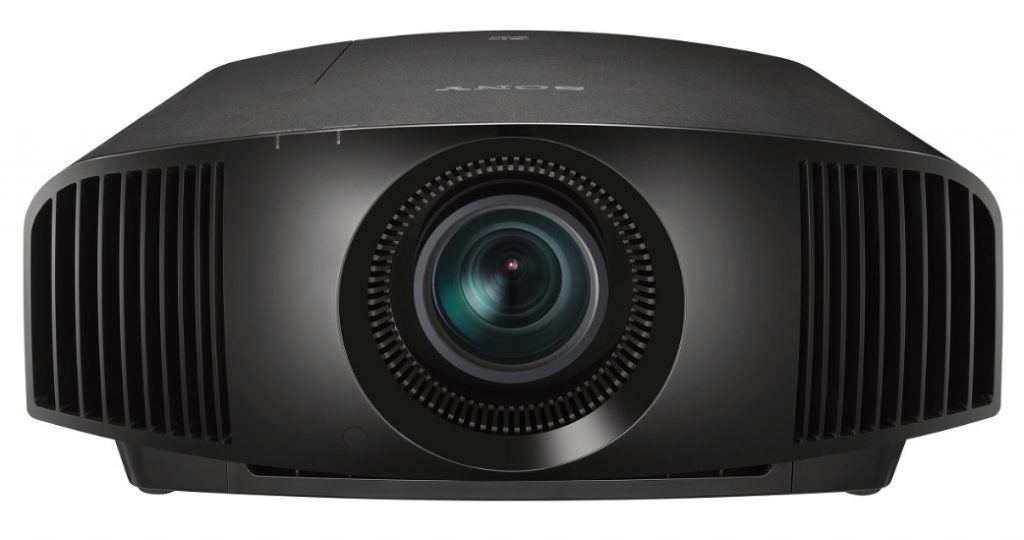 To be clear, silhouetting isn’t a problem you can completely eradicate. The VW270ES just isn’t bright enough for that. It’s true, too, that the higher you push HDR Contrast, the more you actually reduce the image’s range of light and the amount of detail in the brightest parts of HDR pictures. Especially with 4000-nit content.

However, high dynamic range playback on projectors is always an exercise in compromise. So while it’s perhaps frustrating that consistently getting the best HDR performance from the VW270ES takes a little ongoing effort, Sony’s willingness to offer more choice than any other projector brand over which compromises you choose to make is actually a significant strength.

The VW270ES also handles colour superbly well for an entry-level projector. Subtle tonal differences and blends are reproduced with gorgeous finesse, enhancing the sense of 4K detail. Even difficult skin tones look wholly free of plastickiness, striping, blocking or false contouring. So long as your source is free of colour compression artefacts, of course.

This combination of colour subtlety with the native 4K resolution creates a huge sense of depth in large-scale shots, too. The scenes in the scrap district of Blade Runner 2049 on 4K Blu-ray, in particular, have never looked so vast and compelling. 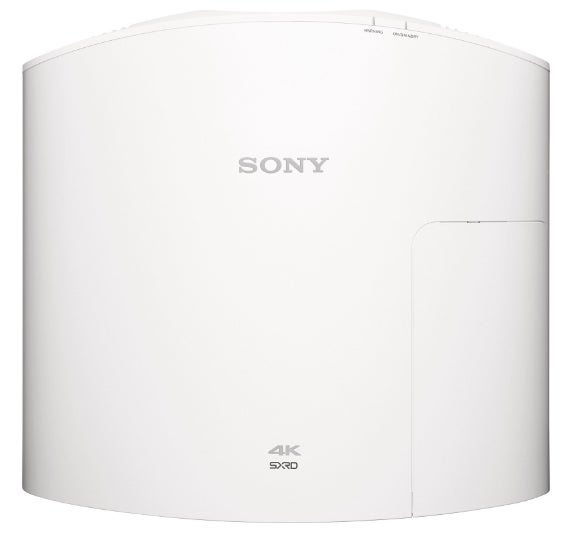 Provided you set the HDR mode to auto, the VW270ES provides a subtle expansion in colour saturation without any loss in colour balance. This joins with the slight extra sense of dynamism to make HDR worth pursuing on the VW270ES over SDR. This isn’t something I’d say about all supposedly HDR-capable projectors.

The last truly outstanding strength of the VW270ES’s pictures is their complete freedom from noise. There’s none of the fizzing, dotting noise that rival projectors often suffer. Motion is free of blurring or false contouring. There’s no rainbow effect. Nor is there any haloing or stressing around the edges of sharply contrasting objects.

The result is that you can forge a fantastically direct connection with what you’re watching. Which is, of course, the essence of top-quality home cinema projection.

The VW270ES isn’t just a beast with native 4K sources, however. It also does a remarkably effective job of upscaling HD to 4K via its new Reality Creation processing engine. Upscaled pictures look sharper and more detailed than on the VW260ES, without having source noise exaggerated or colours distorted.

One last element of the VW270ES’s performance to cover is its running noise. Using the Low lamp setting with standard dynamic range content, the cooling fans are superbly quiet. With the lamp set to High for HDR, however, they become much louder.

That said, the sound is smooth, consistent and free of shrillness. So while it’s worth trying to keep the projector as far away from your seating position as possible when watching HDR, running noise certainly isn’t a deal-breaker.

If you want to enjoy the gorgeous clarity and consistency that only a truly native 4K display can provide, the VW270ES has to be high on your wish list. Especially since it backs this up with much better contrast, upscaling and motion than its predecessor.

JVC will have some promising-looking native 4K projectors going on sale in the coming weeks.  However, even the cheapest of these – the N5 –will set you back £6500.

You can also get some attractive 4K (via pixel shifting) DLP projectors for prices as low as £1000. These don’t look as pin-sharp as the Sony, however (which matters on really big screens). Plus, they’re far more prone to various types of video noise.

The VW270ES produces a much punchier, more convincing picture than its predecessor – and displays more consumer-friendly common sense with HDR than projectors costing thousands of pounds more.