The Sony VPL-VW260ES is Sony’s least expensive 4K projector to date. And when we say 4K here we actually mean it, which is unusual for in the 4K projector world.

Its trio of image chips (using Sony’s SXRD technology) all carry a genuine pixel count of 4096 x 2160. There’s no ‘pseudo 4K’ technology of the sort deployed by DLP, LCD and (most) JVC D-ILA projectors.

The Sony VPL-VW260ES’s ground-breaking £5200 price does come with performance strings attached, but for resolution purists it represents something of a watershed moment. 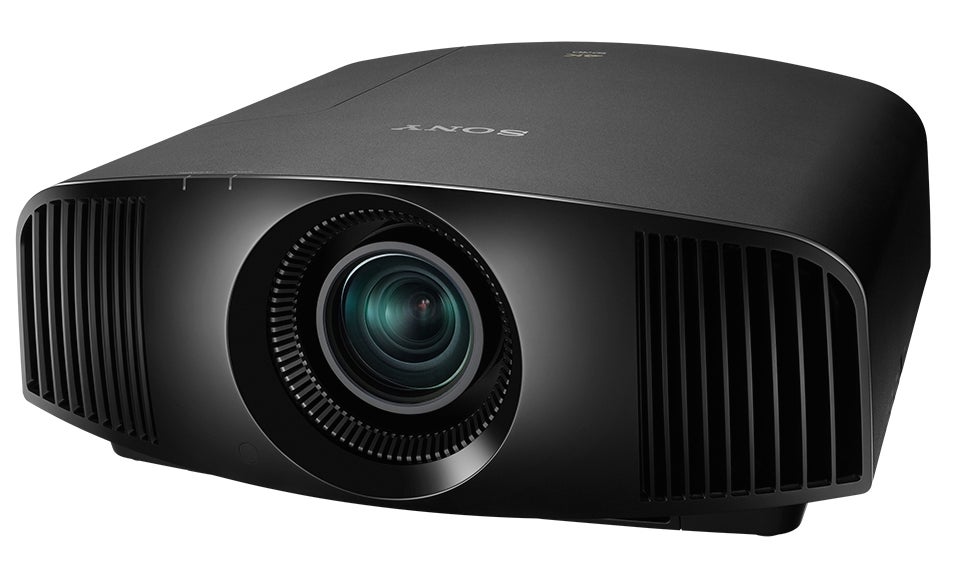 For something containing so many pixels, the VW260ES sits within a surprisingly manageable footprint. Sure it’s bigger than your average ‘coffee table’ budget projector, but at 495.6 x 195.3 x 463.6mm (WHD), it’s pretty easy to place on your ceiling or inside a well-ventilated bit of furniture.

Bold curves on its top edge create a distinctive and appealing elliptical shape too, while it becomes obvious during setup that it’s a well-built unit. There’s certainly far more metal than plastic in its chassis.

The only bum note in the design is the awkward open hole that sits around the centrally mounted lens. I suspect this is helping the projector vent heat, but it creates a rather unfinished look.

Partnering the VW260ES is an excellent remote control. It’s comfortably large, boldly backlit for easy dark room use, and its buttons are thoughtfully organised.

It can upscale HD sources to 4K, and is equipped with HDR support. This covers the industry standard HDR10 platform, and the HLG (Hybrid Log-gamma) system set to be used by broadcasters. There’s no support for the premium Dolby Vision HDR system – despite the fact that some of Sony’s TVs are going to support it.

The VW260ES is rated to deliver a solid 1500 nits of light when it’s running at full tilt, and offers a degree of wide colour gamut support. This doesn’t stretch as far the coverage of Epson’s TW7300 HDR projector, with its built-in colour filter. However, that filter causes considerable brightness loss in use, so it’s probably for the best that the VW260ES doesn’t try something similar.

Gamers thinking of taking their hobby to the next level will be pleased to hear that the VW260ES retains Sony’s fast response picture mode. This restricts input lag (the time taken to render image data) to around 28ms. That’s one of the lowest such figures I’ve recorded from a projector. If you get mullered in Call Of Duty then it’s all down to you, not the projector.

Tucked under a ledge on one side of the VW260ES is a solid set of connections. Highlights include two HDMIs and a 12V trigger output for powering motorised screens or curtains. 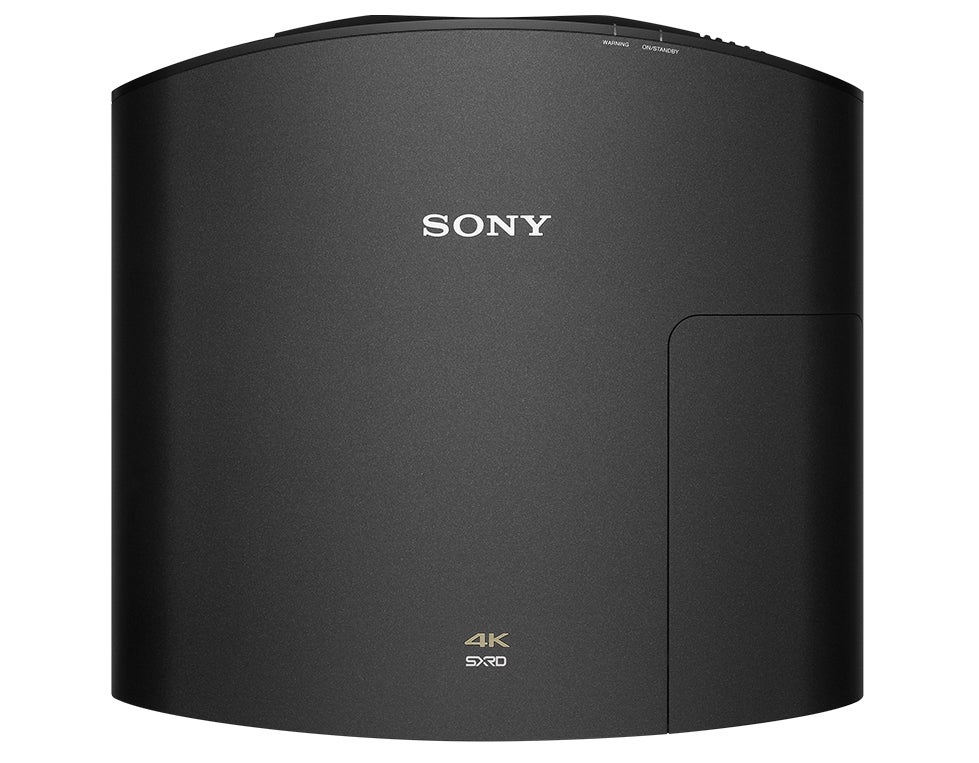 Only one of the HDMIs features HDCP 2.2 support, limiting you to that one for your 4K HDR sources. What’s more, the HDCP 2.2 HDMI doesn’t support full bandwidth signals. If you play a 4K HDR source at a frame rate higher than 30 frames a second, it will have its colour resolution compromised.

This won’t affect many 4K Blu-rays, given that the majority are made in 24 frames a second. However, the 60Hz transfer of Billy Lynn’s Long Half-time Walk on 4K Blu-ray drops on the VW260ES from the usual 4:4:4 chroma sub-sampling to 4:2:0.

The fairly small reduction in colour performance associated with this isn’t a deal-breaker. Especially given how little current 4K HDR content is delivered at 50/60 frames a second.

The entry-level Sony VW260ES has sacrificed a couple of key features compared with Sony’s step-up new projector, the VW360ES. First, it doesn’t have a dynamic iris that could continually adjust the light output to suit the content. Second, it doesn’t have any lens memory, so you can’t set up various zoom and focus options for different aspect ratio playback.

Siting the Sony VW260ES and getting pictures focused on your screen is impressively easy. For starters, the lens is fully motorised and remote-controlled. It also supports a large 2.06x level of optical zoom, and lets you optically shift the image left, right, up or down. 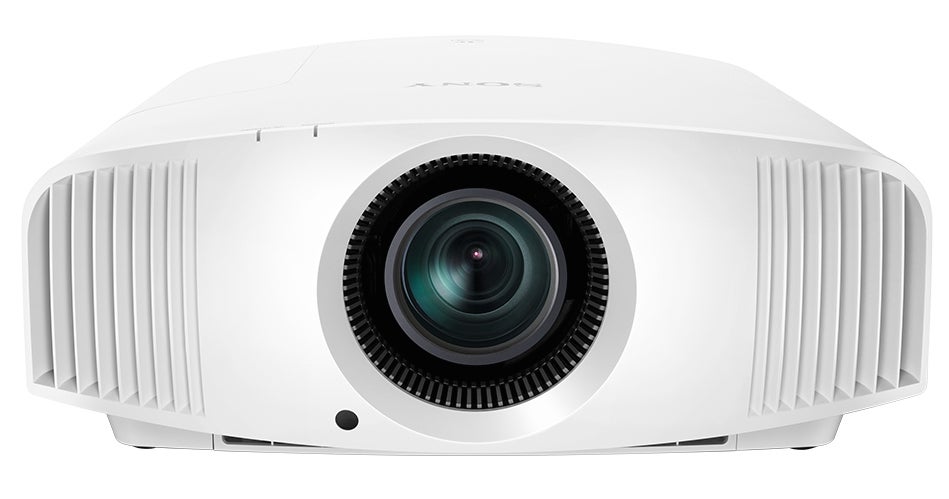 This means most people should be able to avoid using keystone correction to get the sides of the picture straight. Keystone is always best avoided, since it essentially denies you the pixel-for-pixel accuracy you want with a 4K projector.

The VW260ES is well equipped with picture set-up features. Some are presented rather atypically, so I’d say the VW260ES would benefit from a professional calibration. Especially since colours look a little yellow out of the box.

There are a few basic tweaks I’d recommend that even the most technophobic of VW260ES owners will be able to make for themselves.

First, always set the lamp to its Low output when watching standard dynamic range content. Second, unless you’re watching sports, turn off Sony’s MotionFlow processing. This is actually cleverer than most motion processing systems, but you just don’t need it.

Third, handle Sony’s Reality Creation processing engine with care. I like to leave it on, but some find it a little artificial-looking at times. In any case, you should nudge down its sharpness setting from its default level to stop pictures occasionally looking too gritty.

The Cinema Film1 picture preset seems to yield the most natural images out of the box for HDR playback. Always remember to activate the Game/fast response setting if you want to use the VW260ES for video gaming.

Finally, ensure the lamp is running on its highest brightness when watching HDR. 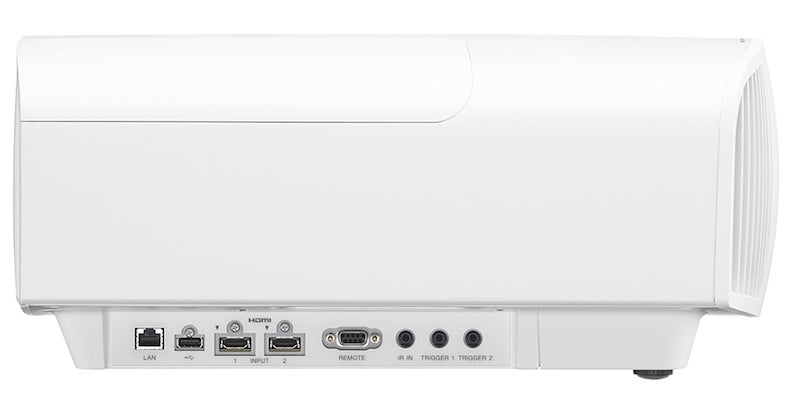 Good native 4K sources are delivered with truly spectacular detail and sharpness. There’s no sense of any softness versus Sony’s more expensive 4K projectors, and the sheer density of the images is a joy to behold. Especially given that you’re (hopefully) watching the VW260ES on a large projection screen. It’s truly ‘window on the world’ stuff.

Impressively, the exceptional 4K clarity doesn’t drop significantly during camera pans or fast action sequences. Sony’s SXRD system handles motion well, even without the help of any processing, keeping judder to a natural-looking minimum. As noted in the Setup section, there’s optional motion processing available, and it’s better than most. But I don’t envisage many people feeling the need to use it.

While the VW260ES can’t deliver anything like the full colour gamut possible with 4K Blu-ray discs, it can achieve a clear step-up in the richness and intensity of wide colour sources compared with its SDR playback. What’s more, its colour processing and outstanding detail levels help it paint colour blends with superb subtlety. So much so that the projector creates the impression you’re seeing a wider range of colours than you actually are.

The combination of well rendered colours and extreme detailing also contributes to a beautifully three-dimensional sense of space and object solidity with native 4K content. Even when you’re only watching in 2D.

No projector we’ve seen to date, including £30,000-plus models such as the JVC Z1 and Sim2 Nero 4 UHD, has managed to do HDR with complete conviction. They’re just not bright enough to handle the TV-centric HDR specification. While the VW260ES might not deliver a true HDR experience, it does deliver a watchable one.

Unlike many HDR-capable projectors, the VW260ES understands its limitations. It doesn’t slavishly try to produce the light and dark extremes of HDR image. Instead, it focuses on delivering HDR with a sense of balance that’s actually much more easy on the eye. 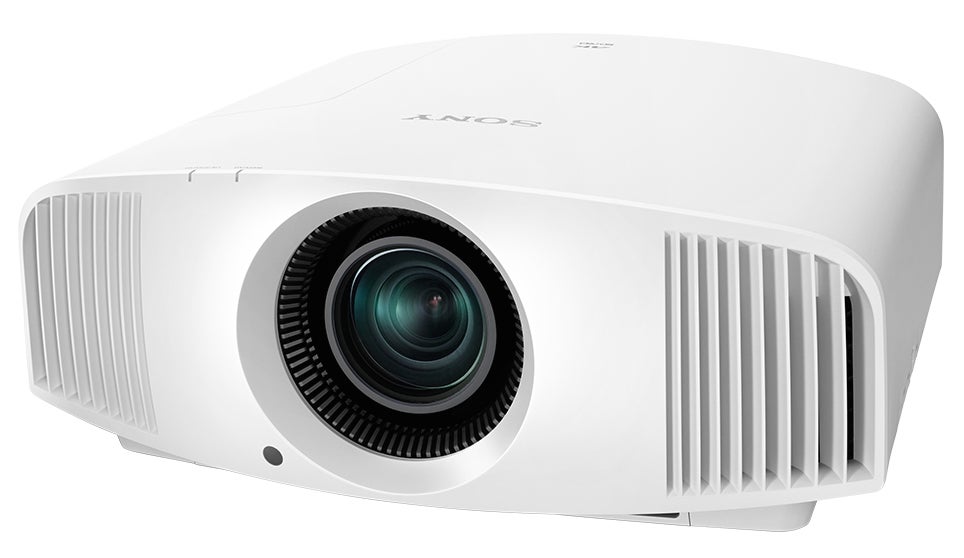 For starters, it doesn’t force down its baseline brightness level to try to deliver a greater sense of light range, and as such, its HDR images actually look brighter than usual. Even better, it also largely avoids the crushed darks associated with many HDR projectors (and low-brightness TVs). This means dark objects against bright backgrounds don’t look like empty silhouettes.

The VW260ES handles the brightest parts of HDR pictures unusually well for a projector. You don’t really see any clipping (flaring out of detail) in 4K Blu-rays that have been mastered to 1000-nit levels. With titles that have been mastered to 4000 nits, the projector can clip with bright peaks beyond 2000 nits. Such peaks are relatively rare, though. And they still don’t look as artificial on the VW260ES as they do on most HDR projectors.

The VW260ES’s SXRD technology also avoids the colour striping noise often seen with rival DLP-type projectors when they’re running HDR. And finally in the VW260ES’s HDR plus column, while the cooling fans have to work harder when the lamp is set to its highest output for HDR playback, their sound is smooth and consistent enough to be relatively easy to tune out.

For all its cleverness, the VW260ES does suffer with one inescapable flaw: uninspiring black levels. Dark HDR scenes routinely look grey rather than black, looking flatter and less convincing than its bright scenes. There’s still a reasonable amount of detail on show in dark areas, but the overall tone of the image is too impacted by low-contrast greyness to completely convince.

It will be interesting to see what sort of difference the dynamic iris in Sony’s step-up VW360ES model makes. Look out for a review of that soon.

The VW260ES is on safer black level ground with standard dynamic range sources. Blacks look noticeably deeper, while bright highlights still look punchier than you might expect with a 1500 lumens projector. Colours are also delivered with outstanding refinement and naturalism, once you’ve dealt with the slight yellowy-green bias I mentioned earlier. 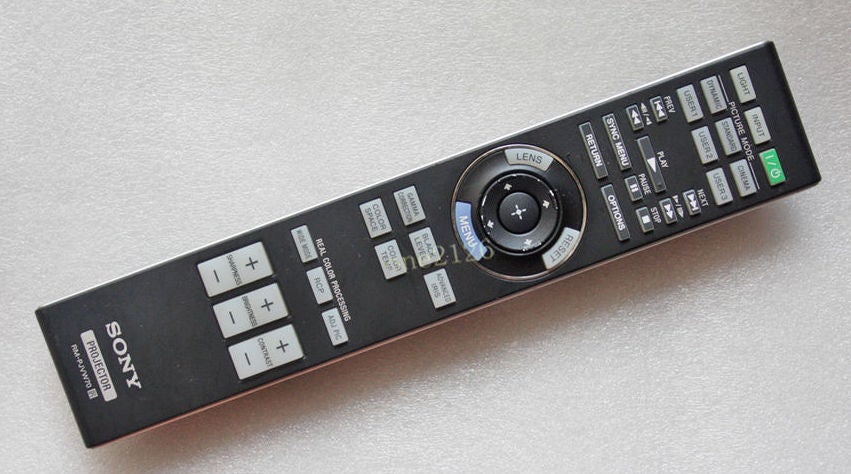 Most SDR sources you feed the VW260ES will be HD rather than 4K. But here again, the VW260Es outperforms its entry-level status by upscaling HD to 4K with aplomb. It adds detail intelligently and naturally, without emphasising source noise.

Provided you can live with its compromised HDR black levels, the VW260ES is a serious temptation. Its native 4K resolution looks sensationally crisp. The way it handles HDR is unusually fun to watch by projector standards, if not entirely accurate. And it benefits in a number of areas from the picture-processing prowess for which Sony is rightly famed.

If you’re looking for a cheaper ‘4K’ solution, the Optoma UHD60 and Optoma UHD65 models are probably the pick of the ‘pseudo 4K’ DLP bunch. You could also consider the Epson TW7300 if you want a wider colour range at the expense of some brightness.

Despite its price-induced black level compromises, the Sony VPL-VW260ES is fun to watch much of the time – and it’s comfortably the cheapest ever native 4K projector.