DLP and LCD are no longer the only projection fruit. A few weeks ago we found ourselves seriously impressed by JVC’s DLA-HD1, a home cinema projector using the company’s own Digital Light Amplification technology. And today we’re hoping to be just as impressed by Sony’s VPL-VW100, which uses the brand’s in-house SXRD technology.


By way of an introduction to SXRD (which stands for Silicon X-Tal Reflective Display, in case you’re interested!), probably the easiest way to sum it up is as a close relative to JVC’s DILA system. Both are based on Liquid Crystal on Silicon (LCOS) technology, refining it to make it more appropriate for home cinema as opposed to business presentation use. 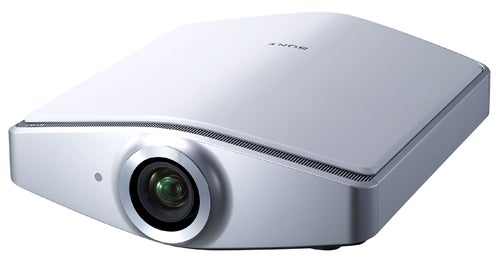 In SXRD’s case, those refinements shape up like this. First, a combination of new silicon driving circuitry and new silicon wafer processing technology applied to a fresh liquid crystal device design has resulted in a claimed 2.4-fold increase in the pixel density achievable on a single chipset. This in turn produces a 10-fold reduction in the space between pixels, which should result in brighter, sharper pictures free from any signs of pixellation or the ‘wire mesh’ effect often seen with most projectors that use liquid crystal technologies.


SXRD’s other main innovation concerns black level response, overcoming LCOS’s serious problems in this area by employing a unique (and secret!) liquid crystal material in such a way that it’s aligned vertically to the cell substrates. What this means in performance terms is that the projector can run with more efficient driving voltages and higher optical properties, so that the contrast range is vastly improved. It’s also worth noting that the response time quoted for the SXRD chipset is a mere 2.5 milliseconds, which should mean there are few if any problems with motion blur in the VW100’s images.

After this rather techie start, let’s now move on to something rather simpler: the VW100’s build quality, which is unusually fine. The thing feels built like a tank, but is tastefully dressed in a glossy white body with angles and curves in all the right places. Plus the Sony logo on the top illuminates when the projector is turned on. Cor! If there’s a downside it’s that its footprint is rather large. But then such largesse is pretty typical once you get over the ‘high end’ £5,000 price mark.


The VW100’s connections are pretty admirable for the most part, too. DVI and HDMI sockets provide you with digital HD pictures, while you also get the de rigueur component video inputs, a PC port, a 12V trigger output you could use to drive an attached electronic drop-down screen, and even a network jack for system configuration/PC control.

As we’d hoped from the SXRD talk of densely packed pixels, the VW100 boasts a full HD pixel count of 1,920 x 1,080, while the innovations focussed on black level have allowed the projector to achieve a hugely promising contrast ratio of 15,000:1. This matches exactly the figure quoted by JVC for its HD1 projector – though there is one key difference. For unlike the JVC, the VW100 only achieves its impressive figure by using an automatic iris to reduce the amount of light output during dark scenes. So you only get the best black levels at the expense of a reduction in brightness.

Another interesting specification of the VW100 finds it using a 400W Pure Xenon lamp in place of the usual UHP lamp. This is both a good thing and a bad thing. On the upside, Xenon lamps are known to reproduce a wider colour spectrum, more natural skin tones and better contrast. But on the downside they cost a fortune to replace – anything up to £1000. Clearly if you’re thinking of a VW100 lasting you a life time, make sure you can afford to replace these bulbs after every few thousand hours of use.


Using the VW100 is mostly a very pleasant experience. It’s easier to set up than you might imagine with a healthy 1.8x optical zoom to adapt it to different room sizes and nicely designed onscreen menus that do a good job of separating key features from the esoteric ones. This ensures that AV novices aren’t left bamboozled by any features they don’t actually need to touch. For all you techies out there, though, there’s plenty of ‘fun’ to be had fine tuning to within an inch of their life noise reduction filters, the colour temperature, gamma levels, black levels, and so on. 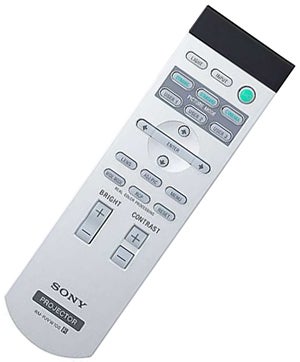 So far the VW100 has pretty much oozed home cinema promise. And it happily delivers on this promise quite superbly. Particularly eye-catching straight away are its pictures’ colour vibrancy and phenomenal sharpness. Regarding the former, that Xenon lamp really does seem to extend the colour range beyond anything we’ve seen from any other projector in the VW100’s class, particularly when it comes to vivid reds and blues. Colourful titles like Kameo and Viva Pinata on the Xbox 360 thus look nothing short of radiant. But crucially the wide colour palette also plays its part in subtler moments, reproducing effortlessly, for instance, the naturalistic skin tones used throughout The Bourne Supremacy on HD DVD.

The VW100’s sharpness, meanwhile, ensures that you can make out every leaf of every tree of Skull Island’s jungles during a run-through of the HD DVD of King Kong, while the astonishing texture mapping used throughout Gears of War on the Xbox 360 is revealed in all its show-stopping glory.


Once you’ve digested the ‘big two’ attractions noted above, you might also notice that the pictures aren’t being spoiled by any technology-related video noise. There’s no sign whatsoever of such DLP problems as the rainbow effect and motion dithering or such LCD problems as visible panel structure and motion blur, leaving you free to form a more immersive connection with what you’re watching. 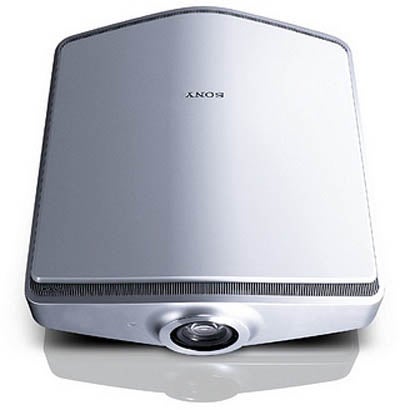 Dark scenes like the opening assassinations in The Bourne Supremacy, meanwhile, reveal the VW100 to be capable of some pretty impressive black levels – or at least that’s the case if you spend a little quality time with options such as the gamma controls, automatic iris and black level booster.


That said, the VW100’s black levels aren’t quite as convincingly and fulsomely black as those of JVC’s HD1 – or the best DLP projectors come to that. What’s more, the automatic iris’ machinations aren’t as subtle as they might be, meaning you sometimes see a picture’s overall brightness ‘jump’ as the iris makes a sudden adjustment. What’s more, the overall picture just doesn’t feel as bright as that of the HD1. 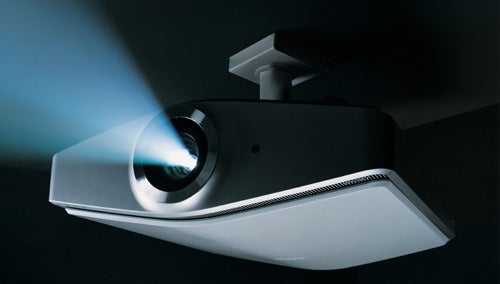 
Finally, we should say that the VW100 is a touch unforgiving of poor-quality picture sources, showing up any grain or digital decoding noise they may contain. But to be fair this seems more the fault of others – i.e. the broadcasters – than it is the VW100, and so we’re prepared to have this objection struck from the record.


Any Sony fanatics with the necessary readies to afford a VW100 – including its potentially stratospheric running costs – can buy one safe in the knowledge that they’ll be blown away by what it’s capable of. But although its colours are slightly more natural at times, overall we can’t honestly say that the VW100 outperforms JVC’s DLA-HD1. In fact we’d probably say that thanks to its more emphatic and natural black level response, the HD1 marginally outperforms the VW100 – a fact which inevitably makes the VW100’s considerably higher asking price a little hard to swallow.