What is the Sony VPL-HW65ES?

The HW65ES has a suitably premium feel. It’s unusually large and heavy for a sub-£3k home cinema projector, but it wears its bulk well thanks to an arched upper edge that angles sharply forwards at the front. The glossy finish is attractive too, and you can get the HW65ES in either black or white finishes to suit your tastes or room requirements. 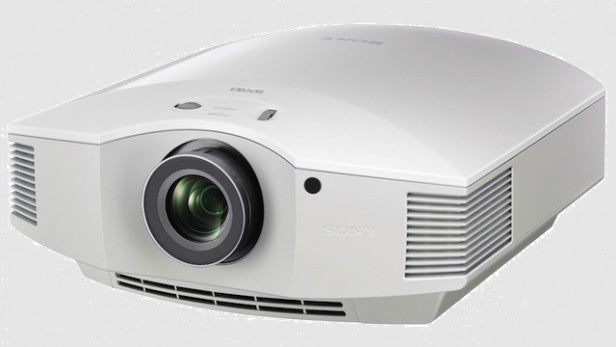 Connections are pretty much as I’d expect of a mid-range or higher projector in 2016. It comes with two HDMIs being joined by a USB port for service updates; an IR input for hardwired controls; RS232 and Ethernet ports for integrating the projector into a home automation system; and a 12V trigger port for, say, firing up a motorised screen.

The combination of a claimed maximum brightness of 1800 lumens and contrast ratio of 120,000:1 looks hugely promising on paper – even though the contrast ratio isn’t a ‘native‘ figure, but one based on a dynamic iris/lamp system that adjusts the light output based on the content of the image being shown.

The HW65ES also features Sony’s Reality Creation system, which aims to make images look sharper and more detailed. This is backed up by Sony’s Motionflow tech, which aims to reduce judder and blur.

Sony claims the HW65ES’s lamp is capable of lasting for an impressive 6,000 hours if you use the projector’s Low output mode – though as we’ll see, this lamp mode won’t necessarily be the one most people choose to use.

The HW65ES is brilliantly easy to get up and running. Simple if slightly stiff wheels on the top edge let you shift the image horizontally or vertically, while simple rings around the lens let you zoom and focus. The 1.6x amount of zoom you get is pleasingly generous, too.

Sony has managed to engineer the HW65ES’s design so that its fans fire out of the projector’s front, which means you don’t have to worry as much about wall clearance when siting it. This makes it easier to maximise the distance between the projector and your screen, to give you a potentially larger image size from your available room space.

The HW65ES also scores set-up points for offering a series of mostly impressive picture presets – including a Gaming mode that minimises input lag and a nicely judged Cinema Film 1 mode that worked great in my dark testing room.

You can fine tune pretty much every aspect of any of these picture presets. There’s a fairly comprehensive suite of colour management, gamma, video processing, contrast and sharpness controls; though the HW65ES’s engineers really have done a great job with the presets, so you won’t necessarily need to use them that much.

The few tips I’d recommend for dark room viewing – based on using the Cinema Film 1 preset – consist of setting the Dynamic Iris to its High setting, leaving the Reality Creation system on but nudging the resolution component down to around 25 from its 30 default. I’d also suggest turning off the standard and MPEG noise reduction circuits, setting Gamma to either 2.2 or the ‘corrected’ Gamma 8 setting, making sure the Motionflow processing is set to True Cinema and leaving the Colour Correction and Clear White features off. 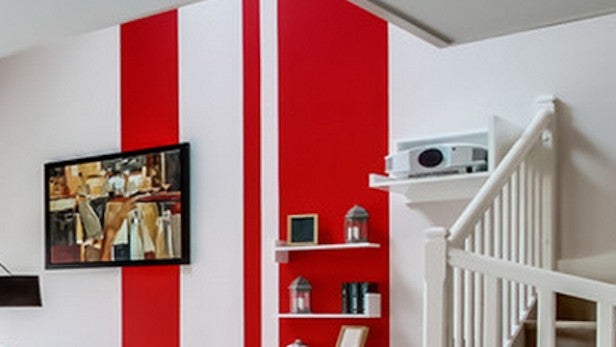 Finally, I’d suggest you experiment with the Advanced Iris element of the projector’s Cinema Black Pro feature. You get the most dynamic and all-round satisfying results if you leave this set to its Full level, but occasionally this can throw up slightly distracting brightness shifts if there’s a particularly dramatic jump from a light to a dark shot. Choose the Limited setting for the Advanced Iris and you lose a little image punch, but the distracting shifts in brightness pretty much disappear. My suggestion would be that you start with the Full setting and watch a movie or two to see if you even notice any brightness shifts; if you do, and they annoy you, switch to the Limited setting instead.