It’s been a long, competitive year since we last saw a new SXRD projector from Sony, so we can’t help but wonder as we take delivery of the brand’s new VPL-HW20 model if Sony has brought its in-house projection tech forward enough to keep up with the best of the LCD and DLP Joneses.


Aesthetically the HW20 gives no clues that might help answer this question. For it’s almost identical in size, shape and colour to the HW15 model it replaces. Perhaps the finish is a touch glossier, and possibly the slanted-down section above the lens is a little less severe. But these are, obviously, minor points.


Just as well, then, that the design the HW20 lifts from its predecessor is an attractive one.


The only pity is that Sony has persisted with its policy of side-mounting its projector connections rather than placing them to the rear as most installation specialists would almost certainly prefer. JVC has finally made this switch with its latest D-ILA projectors, so it would have been nice if Sony could have made the move too. 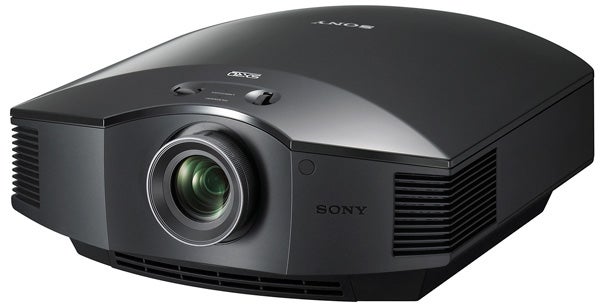 The HW20’s connections are identical to those of the HW15, meaning you get two HDMIs, a component video input, a D-Sub PC input, an RS-232 control port, and last – and certainly least – S-Video and composite video inputs. This is satisfactory enough in the context of the general projector market, though in an ideal world we wouldn’t have minded a third HDMI sneaking on there.


It’s when we turn our attention to the HW20’s claimed specifications that we start to get into how it differs from its predecessor. For instance, the HW20 boasts 1,300 ANSI Lumens versus the 1,000 ANSI Lumens of the HW15. This represents a startling 30 per cent brightness increase – quite a leap for just one product generation. Sony has achieved this by introducing both a new SXRD panel design and a new optical unit into the HW20’s chassis.


In these days where JVC can claim a native contrast ratio of 50,000:1 for even its entry-level D-ILA projector, we’re duty-bound to point out that the HW20’s measured 80,000:1 ratio is a dynamic one, achieved via an automatic iris arrangement, rather than a native one. In other words, the greatest black level depths of the HW20 will only be achieved by sacrificing some of that new-found brightness.


This doesn’t by any means imply that the HW20 won’t be capable of delivering a strong contrast performance, though; really we’re just warning you that you need to be careful with how you treat quoted contrast ratios.


Given the potential issues that can surround dynamic iris systems (brightness instability, excessive brightness loss, operating noise), Sony has sensibly given you quite a bit of control over how the VW20’s iris works. On the ‘auto’ side, there are two settings: a standard one that emphasizes contrast, and a second auto mode that reduces the iris ‘starting point’ to reduce contrast but increase brightness stability.


Finally, you can manually set a fixed position for the iris if the whole idea of dynamic iris use fills you with revulsion, or you can completely deactivate all iris adjustments and just leave it fully open.


Exploring other options within the HW20’s clean, well-organised onscreen menus uncovers plenty more interesting picture quality tweaks. Among the most straightforward are the facility to adjust the lamp between low and high output modes, and colour space adjustments. But you also get Sony’s impressively conceived noise reduction system, which allows you to balance mosquito NR and block NR via a simple but ingenious dual-axis graph system. 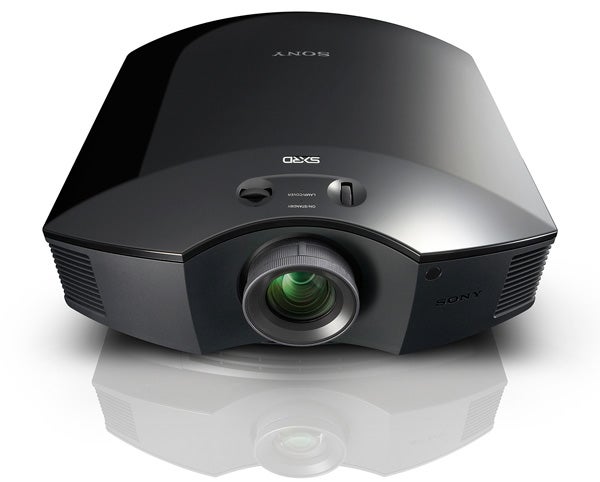 You can tweak the projector’s ‘film mode’ too, between an auto mode that smooths the appearance of motion while showing 2-3 or 2-2 pulldown video signals, or plays non-2-3/2-2 pulldown formats in a progressive format. Or you can turn this mode off completely.


Last but not least is Sony’s Real Colour Processing colour management system. While this system strikes us as too ‘non-standard’ in its approach to really suit professional calibration experts, now that we’ve seen it a number of times, we’re personally warming to it as a tool for amateur calibration. 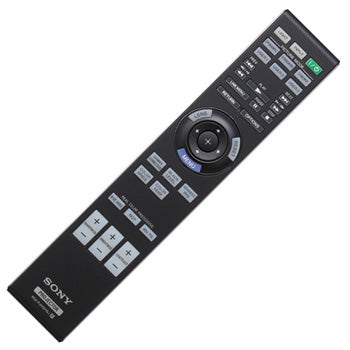 Its clever trick is that when you choose one of the fundamental video colours, that colour becomes the only one still present in the picture you’re watching, so that you can concentrate on it better. The colour is also presented on a circular ‘pie chart’ colour spectrum representation in the bottom left corner, and you can adjust both the position of the chosen colour within this spectrum circle, and the range of the chosen colour relative to other colours. You can further fine-tune the colour and hue of the selected portions.


As noted earlier, ideally we’d like to see a more standard colour management approach onboard the HW20 as well, as it can be hard to make really precise adjustments using RCP. But it’s certainly an interesting take on making calibration more instantly ‘visual’ to amateur enthusiasts.


One last thing we really need to praise the HW20 for before getting into its picture quality is its extremely friendly approach to physical set up. The combination of a helpful 1.6x optical zoom lens; simple and ‘tight’ horizontal and vertical image shift wheels; and individual leg adjustments for each front corner make it startlingly easy to get your picture positioned perfectly on your screen.

First impressions of the HW20’s pictures are seriously good. Regular readers will know that we were fans of the HW15, but the HW20 instantly looks markedly better.


There are two main reasons for this. First and most important, the image has much more punch. By which we mean that bright image content looks richer and more dynamic, with more vibrantly saturated colours. If there was a complaint about the HW15, it was that its colours sometimes looked slightly anaemic and thus unnatural – particularly during scenes with a mixture of light and dark content. But there’s nothing even slightly washed out about the HW20’s colours.


The other area of improvement is that big TrustedReviews favourite, black level response. For while the HW15 itself delivered a good step forward in this area, the HW20 makes a giant leap. Dark scenes suffer with impressively little greyness provided you’ve calibrated the projector well, and even more importantly, there’s more shadow detail visible in dark areas than we’d expected.


Sony’s latest auto iris system is very impressive too, being able to deliver a noticeable contrast boost while generating hardly any of the obvious (and thus distracting) brightness ‘leaps’ witnessed with some Sony projectors in the past.

That said, we personally preferred to stick with a fixed iris set during calibration by the Manual iris tool. But we would certainly argue that the Auto1 iris setting provides an excellent, simple out-of-the-box way to a good contrast performance for people scared of the whole calibration arena. To be clear about this, we’re not suggesting that black levels are as natural or deep as those of JVC’s DLA projectors, or some of the very best DLP projectors. But they’re certainly terrific by the standards of the HW20’s price point.


The HW20’s impressive improvements come on top of other strengths familiar from the HW15. These include extremely impressive levels of sharpness, detail and clarity, some excellent motion handling (with or without the Film mode in play), and practically no unwanted video noise.


It’s important to say, too, that the HW20’s new-found contrast and dynamism make it a more flexible machine. For while it can certainly be calibrated to deliver a great blacked-out room performance, it can also operate satisfyingly in a degree of ambient light, or realistically driving a larger screen than its predecessor.


Yet more good news finds the HW20 delivering its impressively dynamic images without running loudly. In fact, even in its high lamp output mode it’s one of the quietest affordable projectors we’ve ever heard. Or not heard, as the case might be.


Really the only negative thing we can say about the HW20’s pictures for its money is that its colours need work via the provided calibration menus before they’re truly satisfying. Using the out-of-the-box presets, even the Cinema one, some colours seemed slightly off temperature – with marginally yellow skin tones, and slightly dreary reds and greens. But once we’d learned our way round the RCP system, we managed to make things look much more to our liking reasonably quickly.


The HW20 marks a triumphant if belated return for Sony’s SXRD projection technology, ushering in enough improvement over the HW15 to comfortably justify the newer model’s £400 price hike, and giving DLP and LCD rivals plenty to think about. It takes work to get pictures looking at their absolute best, but the tools – while unusual – are there to do the job, helping to create a projector that’s as eager to please different needs and tastes as it is excellent.