A couple of months back I reviewed the Sony VAIO T2XP and pretty much fell in love with it. I carried it around with me while I was covering Computex in Taipei and it proved to be a superb travelling companion. I’ve used a host of ultra-portable notebooks over the years, but the T2XP won me over by being small and light, while still sporting an integrated DVD writer. Now, although the T2XP was absolutely perfect for me, I imagine that there are some people out there that would find the small dimensions a bit of an issue. Some may find the 1,280 x 768 resolution on a 10.6in screen a little too small, while the reduced size keyboard may also be a problem for anyone with large hands. But Sony is well aware that the T2XP isn’t for everyone, and that’s where the VAIO VGN-S4M comes in. 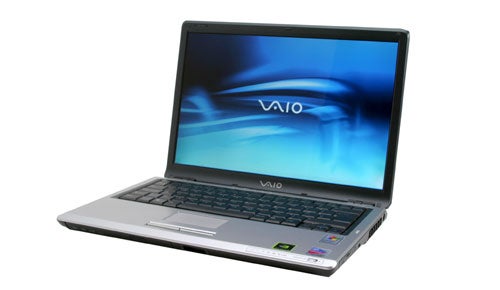 The S4M might not really fall into the ultra-portable category, but it definitely falls into the slim, light and sexy camp. At 1.95kg you can carry the S4M around with you all day, without it being too much of a burden. Dimension wise the S4M is still quite svelte at 312 x 249 x 35mm and it should slide with ease into even the smallest of bags.


Like most Sony notebooks, the S4M is finished in matt silver, and it looks pretty damn good whether open or closed. The lid is adorned with a large VAIO logo in the centre and a small Sony logo just about it. The lid is sprung closed, so there’s no catch or release button to fiddle with – it simply opens and closes with consummate ease. 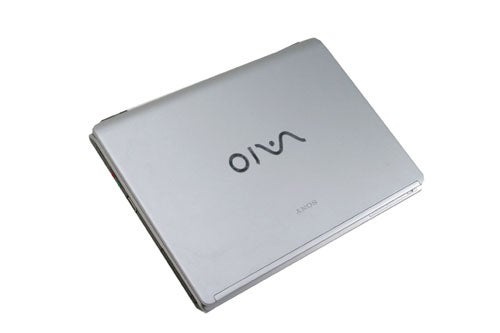 When you open the lid you’re greeted with a 13.3in widescreen display finished with Sony’s X-Black high-contrast coating. As always, whether you like an X-Black screen or not is a matter of personal preference, but I find that the bright and vivid colours more than make up for the increased reflection. For a notebook that’s likely to be carried with you whenever you’re travelling, you’re probably going to find yourself watching the odd movie – with this in mind I’m happy to say that the S4M makes an excellent mobile movie player. General Windows performance isn’t too shabby either, and the 1,280 x 800 resolution is more generous than non-widescreen thin and light notebooks tend to offer.

Sony keyboards are generally good, but the example in the S4M is superb. As always, I have to say that it’s not quite up to the standards of an IBM ThinkPad, but it is very impressive nonetheless. The keys are larger than those on the T2XP, so you don’t need small hands to get the best results. There’s a surprising amount of travel in each key and the break and spring back are very solid, facilitating an easy and speedy typing rate. Despite the S4M being a small notebook, the Shift, Return, Backspace, and Tab keys are all oversized. Users of keyboard shortcuts will be glad to find the Ctrl key at the bottom left, where it’s meant to be, while the cursor keys are also thoughtfully separated from the rest of the keys. 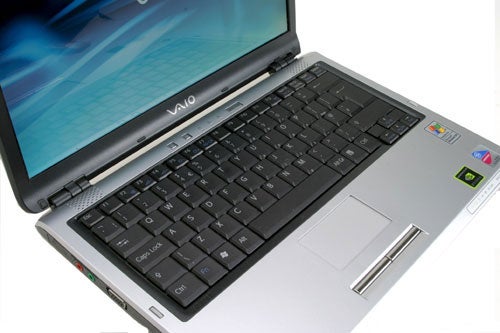 Above the keyboard is the power button, along with two programmable shortcut buttons. By default the two buttons are set to mute the sound and switch to an external display, but there’s a pre-loaded utility allowing you to change the button assignation. Below the keyboard is a silver touchpad along with two silver selector buttons below it. Despite the fact that I much prefer trackpoints, this touchpad does offer fast and accurate pointer manipulation.

At the very front of the wrist rest is an array of indicator lights for power, battery charge, hard disk access, optical disc access, MemoryStick access and wireless power. Next to the indicator lights is a hard switch for the wireless – there’s an integrated Intel PRO/Wireless 2200BG adapter for 802.11b and g compliance. Unfortunately there’s no integrated Bluetooth – you’ll have to go for one of the more expensive S Series VAIOs for that.


Unlike the majority of notebooks, the optical drive isn’t located at the side of the chassis, instead Sony has slid it into the front of the casing. Although this makes access difficult when the notebook is on your lap, it’s a lot easier to access when you’re on a plane. This drive is a fully featured DVD writer that can burn DVD+R/RW, DVD-R/RW, CD-R/RW and dual layer DVD+R discs. Also at the front of the casing is a MemoryStick slot – ideal if you’ve got a Sony camera, but I’d prefer to see a multi-card reader these days. 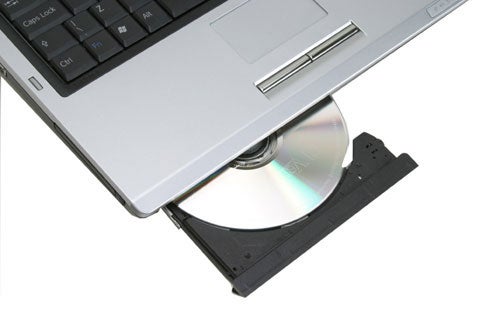 On the right hand side you’ll find the power socket and a flap hiding two USB 2.0 ports and a four-pin FireWire port. At the left there’s a Type II PC Card slot, a D-SUB port, headphone and mic sockets. There’s another flap, this time hiding a modem socket and a network port for the integrated 10/100 Ethernet adapter. 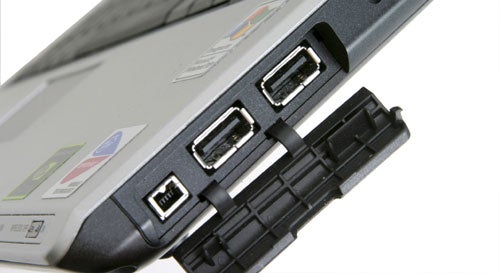 Inside the spec is more than adequate for a slim and light notebook. There’s a 1.6GHz Pentium M CPU backed up by 512MB of memory and a 60GB hard disk. There’s an nVidia GeForce 6200 TurboCache graphics chipset, which can allocate up to 128MB of system memory for graphics duty. You’re not going to be able to play the latest 3D games at native resolution, but to be honest, that’s not what it’s built for.


What the S4M is built for is working on the move and in this respect it does pretty well. Running Mobile Mark 2005 turned in some good numbers, with a battery life while running Windows applications of three hours flat, and over two hours when playing back a DVD movie. 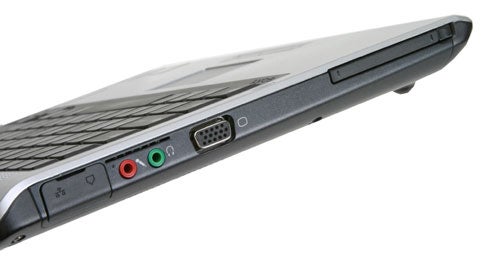 When it comes to application performance the S4N out strips its sibling, the T2XP, but that’s hardly surprising. The T2XP is equipped with an ultra-low voltage 1.2GHz Pentium M chip, which is no match for the 1.6GHz CPU in the S4N. However, when it comes to battery life, the T2XP’s choice of processor shows it’s worth, turning in a time of over five and a half hours – although this was using the older Mobile Mark 2002.

When I reviewed the Sony VAIO S1VP last July, I complained that it was very noisy when running at full speed under mains power. The S4N suffers from the same problem, but when I dialled down the performance a little, the fan noise subsided, and I can’t say that I noticed the machine becoming sluggish in any way. When it comes down to it, none of us really need the full power of our PC when we’re using office applications, web browsing or writing email. 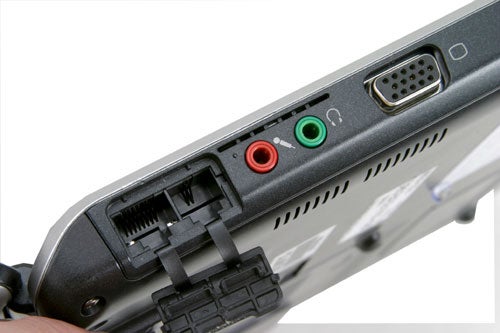 When I came to check the price of the S4M I must say that I was pleasantly surprised. At £1,108.50, this is a very reasonably priced machine considering the design, specification and branding. OK, so you’re buying in a the low end of the range, and the lack of Bluetooth and modest hard drive capacity might be issues, but I guess you have to ask yourself if the higher spec S4XP is really worth an extra £500! Personally I think Sony has hit a sweet spot with the configuration and price of the S4M and I can see this little notebook winning a lot of friends.


The Sony VAIO VGN-S4N is a great little notebook. It’s just the right side of 2kg to make it a viable option for the road warrior, and it’s just large enough so that anyone with large digits won’t struggle. I think for my personal needs I prefer the T2XP, but it is more expensive and has a lower spec. When you take into account the features, design, build quality and price, the S4M is an absolute bargain – snap one up!