It’s easy to get excited when Sony delivers one of its many super-expensive ultra-portables, like the VAIO TT or Z Series, to our door, but in the past its mainstream laptops have been a little hit and miss. For all the lustre and acclaim its VAIO brand engenders in consumers, the reality isn’t always the all singing, all dancing computing experience people imagine. However, in the new NW Series, we reckon Sony might have finally cracked the mainstream affordable laptop.


One thing we particularly like about the VGN-NW11S/S we’re looking at today is the lack of one material that’s so abundant elsewhere: glossy plastic. This is actually true of most of Sony’s laptops, making it one of the few manufacturers that hasn’t jumped on this particular bandwagon. You still get a glossy display mind, but this is nothing like as irritating as dealing with fingerprints, dust and grease adorning every inch of the chassis. 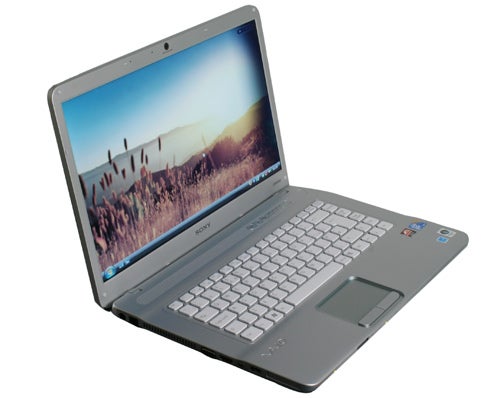 Instead, Sony has opted for a textured plastic finish – in this instance silver, though a brown version is also available. We dare say it won’t be to everyone’s taste, but it’s very hard wearing and exemplifies the decent build quality seen throughout the machine. There are some nice touches dotted around the NW11, too. Particularly worthy of praise is the touchpad, which comprises a moulded clear plastic plate integrated into the palm rest. Not only does it look rather fetching, its textured surface offers great tactile feedback – the two buttons are very good, too.


Above the touchpad we have the now commonplace isolation keyboard. Sony is the company that started it all, though, so it can hardly be accused of imitation. Initially the white keys appear a bit jarring in contrast to their silver surroundings, but it’s a foible one quickly gets over and the keyboard itself is a peach. Keys have a lovely firm and responsive action and the layout is perfect – we really can’t think of a criticism. 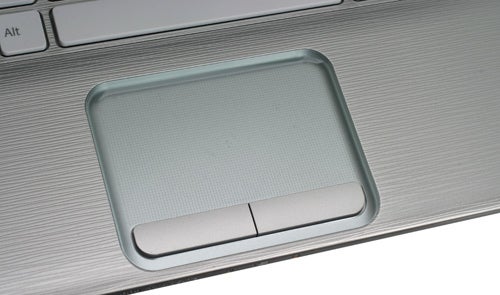 Continuing our upward journey, above the keyboard there’s a speaker grille, into which is inserted some shortcut keys, the power button and status lights for Caps Lock, Num Lock and Scroll Lock. A mute button is the only dedicated media control, with volume controls found on the keyboard, but there’s also a button for turning off the backlight – handy if you use your laptop for listening to music. Most interesting, though, is the ‘Web’ button, which launches a reworked version of the common Splashtop instant-on desktop. 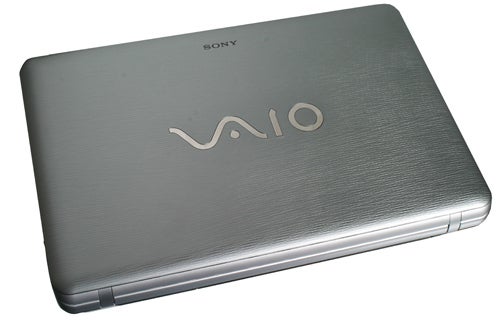 Unlike other implementations, which feature a selection of applications, Sony has opted for just the web browser. It’s not a bad idea either, since eliminating the other applications reduces the boot time even further (less than 30 seconds from cold to web page) and the web browser is arguably the most useful element of Splashtop. This makes it a neat feature for getting online quickly, but it is somewhat limited – you can’t even adjust the display’s brightness, so you’re not going to use this mode for long periods.

Internally the NW11 is no slouch, bringing together a powerful set of components. Admittedly the Intel Core 2 Duo T6500, which runs at 2.1GHz on an 800MHz FSB with 2MB L2 Cache, isn’t as fast as Intel’s latest offerings, but it’s still very capable and it’s matched to 4GB of DDR2 RAM and a 512MB ATI Mobility Radeon HD 4570.

It’s the latter that’s particularly important, since it means you can play moderately demanding games on the NW11 quite easily. In Track Mania Nations we managed to crank things up to high detail and still get a playable 33.3 frames per second, while adding 4x anti-aliasing and switching to medium detail produced a silky smooth 46.3fps. It’s just a shame the provided Windows install isn’t 64-bit, rendering a portion of the system memory redundant. Still, it’s a problem that could be solved by going 64-bit when Windows 7 arrives.


For storage there’s a 320GB, 5,400rpm hard drive, which is about what you’d expect and more than sufficient for most needs. Draft-N Wi-Fi, Gigabit Ethernet and Bluetooth are all present, too, so the NW11S ticks most of the boxes where basic features are concerned. While this version comes with a DVD writer, a Blu-ray ROM/DVD-RW combo drive version is also available, though given the lack of a Full HD display option we’d advise against it unless you absolutely must have Blu-ray. 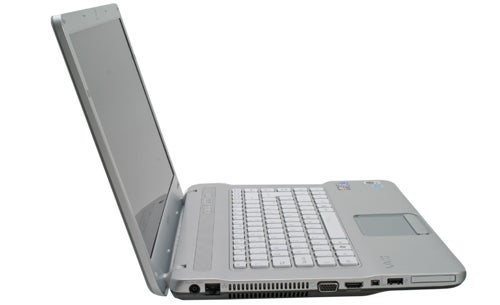 Since we’re on the topic of the display, Sony describes this as a 15.5in laptop – not 15.6in like everyone else. We’re not sure whether there’s a real physical difference or whether Sony is just being perverse (more on the latter), but it has the same 16:9 aspect, 1,366 x 768 native resolution as every other laptop of its type, so the argument is moot. And, while the ‘X-Black’ finish has always been 90 per cent canny marketing and 10 per cent truth, the NW11 does deliver richer colours and deeper blacks than many. This makes it an above average effort, but on the other hand viewing angles are narrower than some contemporaries, so it’s not the best laptop for watching a DVD with a few friends.


If there’s a chink in the NW11’s multimedia amour, however, it really lies with the speakers. Unlike the similarly priced and featured Dell Studio 1555, the NW11 doesn’t have a mid-range woofer, so relies entirely on a couple of largely underpowered speakers. These are passable for the occasional online video and might even suffice for a TV show, but they’re too tinny and lacking in body for anything more serious.

Typically Sony is just a little more parsimonious (read stingy) than most when it comes to connectivity. To an extent this is true of the NW Series, for instance there’s no eSATA and none of the USB ports are ‘sleep & charge’ enabled, but overall it serves up all the things most people will need and a few they probably won’t. This list includes three USB ports, VGA and HDMI for video, a mini-FireWire port, a 34mm ExpressCard slot and (on the front) memory card slots of Sony’s propriety formats and the more common SD format. One unusual addition is a modem connection (just in case), though you get just the two audio jacks – one line-in, one line-out.

As we noted earlier, the Intel Core 2 Duo T6500 in the NW11 isn’t at the bleeding-edge of Intel’s processor range (as the comparison to the Dell Studio 1555 demonstrates), but it’s still a very capable performer, scoring over 3,000 in PCMark Vantage. That’s a good score for any laptop in this price range and in real-world use any productivity, image editing and multimedia tasks you throw at it should be dealt with smoothly. This includes high-definition video, though editing HD camcorder footage – while still possible – will prove more challenging. Gaming performance is good (particularly for the price), though that’s only true of mid-tier titles – the most recent and demanding games will still require significant compromise.

This decent performance is made all the more impressive by the battery life on offer. While the six-cell, 4,400mAh capacity battery isn’t a whopper by modern standards, it delivered precisely four hours of use in MobileMark 2007’s Productivity segment – extending to an impressive four hours and 34 minutes in the low intensity Reader test. Both these results surpassed the Dell Studio 1555 we reviewed recently, though in the DVD playback test it fell behind with a still creditable two hours and 32 minutes. Given this test is run at 100 per cent screen brightness, reducing this a little will give you enough life to watch most films.


This completes a generally impressive performance from the NW11S. It’s not without its faults, it could do with better speakers and an eSATA port wouldn’t hurt, but it’s fundamentally a very good laptop made all the better by its hard wearing, non-glossy exterior. If you can stretch to it then the Dell Studio 1555, which is more expensive sans its current discounted pricing, is still marginally the better machine, but if not then this will do the job nicely.


It’s not quite perfect, but the NW11S is easily the best mainstream laptop Sony has produced in a long while. It has a nicely balanced specification and feature set, is reasonably priced and won’t attract the dust, grease and grime so prevalent on laptops these days.

Overall, the Sony is a very solid performer. We’ve thrown the Dell Studio 1555 in for comparison here, which is far quicker due to its 2.4GHz processor. However, for most home users, the Sony is more than fast enough.

Exactly four hours of multi-tasking is an excellent result for any laptop.

With very light usage, the Sony lasts a further 34 minutes.

There’s enough longevity here to watch most films on a full charge.