Sony has been quite late to the Ultrabook party, possibly because it already offered a range of slim and light laptops with the likes of the stunningly thin and powerful Sony VAIO Z. Unexpectedly for what is generally a premium laptop brand, it has not only entered the game, but done so with a budget-oriented entrant, the 13-inch Sony VAIO T13. 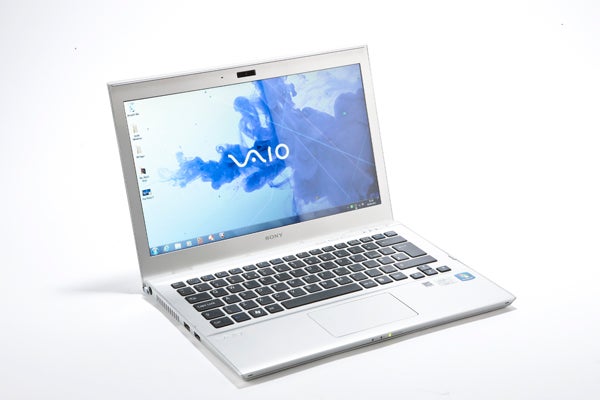 The VAIO T13 isn’t your average Ultrabook either, thanks to styling that sets it apart from the crowd. Where most Ultrabooks are wedge-shaped anorexics, the T13 is a chunky little beast that’s not afraid to throw its weight around. To be fair, the HP Folio 13 did chunky first, but its angles are nowhere near as aggressive as the T13’s.

On the specs side of things it’s more conservative, with your choice of Sandy Bridge or Ivy Bridge Core i3 processors, but what really sets it apart from the crowd is that it’s the cheapest big-brand Ultrabook on the market, at a mere £580 for the base model – that’s cheaper than the previous big-name budget champ, the Acer Aspire S3. 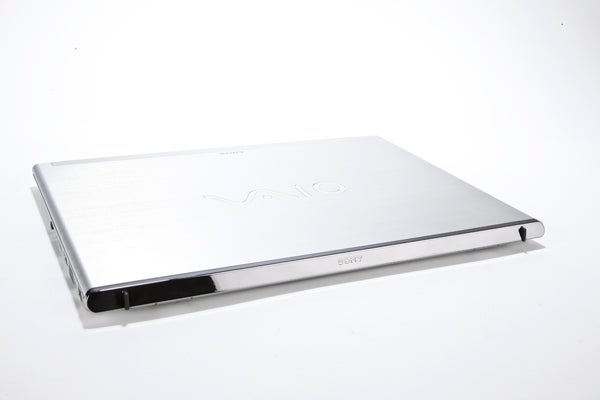 Design and Build
As mentioned, the Sony VAIO T13 is a pretty angular beast, with a lid that overhangs at the front, and transitions into a chromed rear hinge section. It’s constructed using several bits and, though these are stylishly joined together, it’s no MacBook Air or Samsung Series 9. On the other hand, it’s not trying to be, and deserves credit for originality. In its own right, the VAIO T13 is quite an attractive laptop, thanks mainly to its brushed aluminium lid.

Again, build quality isn’t up there with the best of the rest but is very good all the same. Everything is tightly fitted with no open seams and hardly any flex or creak. Frankly, the Sony VAIO T13 is a far nicer Ultrabook than you might expect given its low price. 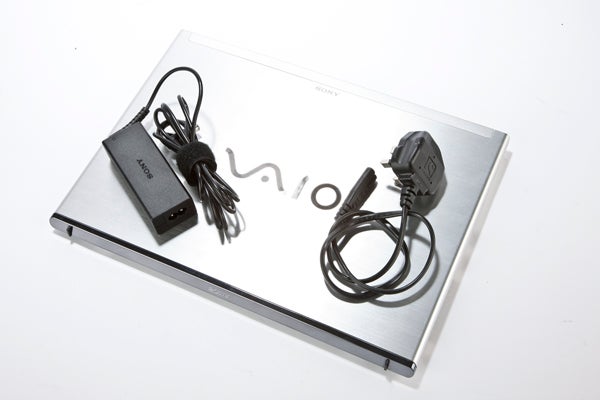 Despite its pronounced angles, there are no sharp edges like you would find on a MacBook, as these are subtly rounded. In yet another unique design touch, opening the laptop up raises the back slightly thanks to two feet that reside on the back of the lid when the T13 is closed. This supposedly gives a more comfortable angle for typing, though we prefer a flat keyboard.

If there’s one disadvantage to the VAIO T13’s design, it’s that it’s a bit on the heavy side for an Ultrabook, at 1.53kg. Not a millstone by any stretch, but for a 13-inch ultraportable sans optical drive or dedicated graphics we feel this is getting a little too weighty. 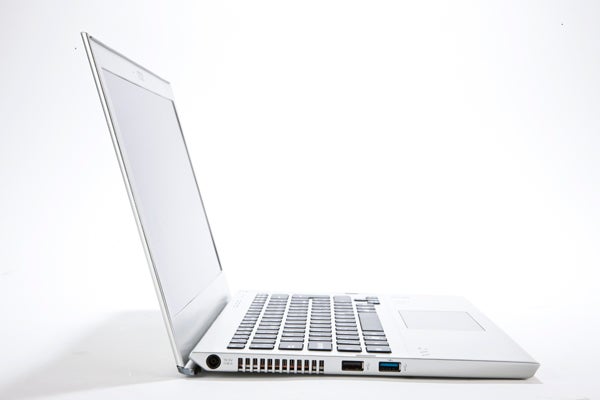 Connectivity
Thanks to its chunky body, the Sony VAIO T13 can accommodate a nice selection of full-size connectors. At the right you’ll find the power jack, a USB 2.0 port and a USB 3.0 port, while the left sports a headphone jack, Memory Stick/SD(XC) card reader, HDMI and VGA for video, and Ethernet. Wireless duties are handled by the usual Wi-Fi N plus Bluetooth, while an HD webcam takes care of video chatting. 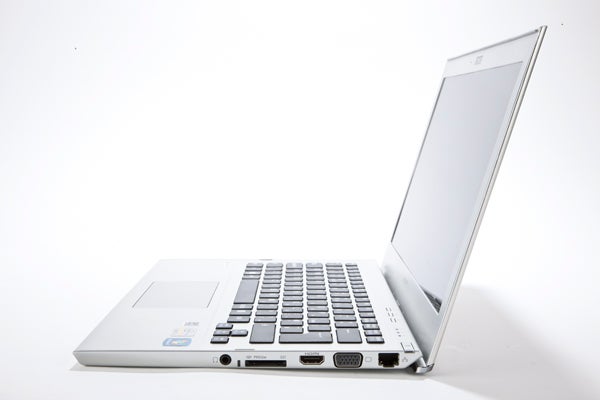 Usability
Sony has a bit of a mixed record with its laptop keyboards, and unfortunately the T13 is no exception. Its chiclet keyboard isn’t backlit, but that’s expected from a budget Ultrabook. Less forgivable is that, though keys are well-spaced and feel pleasant, feedback is so shallow as to offer a rather nebulous typing experience. In other words, it’s usable but not pleasant. 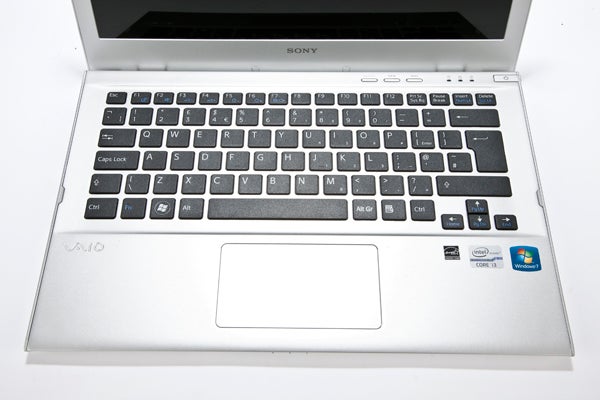 We have no complaints regarding the touchpad though. While not as large as the massive glass pads on many premium Ultrabooks, it offers a pleasant surface and responsive action, with a nice click to its integrated ‘buttons’.

Screen
As you’d expect on a ‘budget’ Ultrabook, the 13.3-inch screen is your usual 1,366 x 768 TN affair. However, as these displays go it’s actually rather good. Dark detailing was strong, with all but the second-darkest shade visible. Viewing angles suffer the usual TN bugbears with contrast and colour shift from extremes, but horizontally they’re mostly usable. There’s minimal bleed or unevenness and no noticeable artefacts. 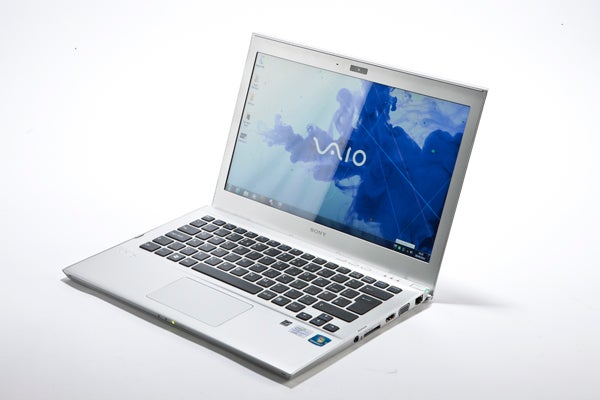 What it comes down to is that the T13’s semi-glossy screen is just as good as those found on far more expensive Ultrabooks – though that’s more a reflection of how poor the displays on many premium laptops are, rather than this VAIO’s excellence.

Speakers
The Sony VAIO T13 sports xLOUD speakers which we hoped would make use of the chassis’ extra room – and to be fair, by Ultrabook standards they do go fairly loud, without noticeable distortion. The problem is that they do so without noticeable detail or bass either, meaning headphones are the definite choice for serious entertainment. However, for a soap or YouTube vid they’re adequate, unlike those on some rival affordable systems. 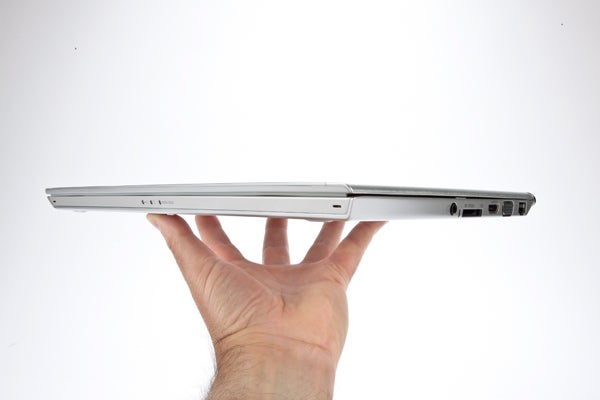 Performance
Performance is pretty much what you would expect from a Core i3 with the usual 4GB of RAM and a hybrid hard drive/SSD. As with most Ultrabooks these days, the Sony VAIO T13 gives you a choice of CPUs from Core i3 all the way to Core i7, and both Sandy Bridge and Ivy Bridge are available.
(u)PCMark 07(/u)
General: 2420
Entertainment: 2008

Our sample came with a dual-core Core i3-2367M, which is the older Sandy Bridge chip (as many Core i3 machines still are) running at 1.4GHz and supporting up to four virtual cores. While this is the lowest member of the family, it should happily cope with your daily workload, as long as that doesn’t include intensive video encoding or other processor-heavy activities. 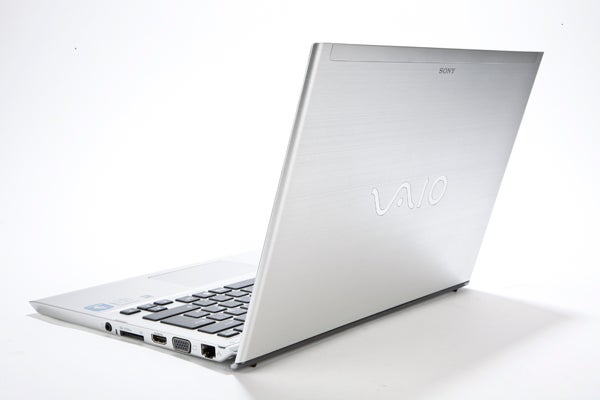 It’s backed by the standard 4GB of RAM you’ll find on most laptops. For permanent storage there’s a hybrid SSD/HDD with 320GB of spinning storage and 32GB of solid state. For the price, that’s not bad going.

Because it’s Sandy Bridge, the integrated Intel graphics are of the HD 3000 variety, which means this particular Sony VAIO T13 is a pretty abysmal option for 3D gaming. A 29.9fps average in TrackMania is far from impressive, while Stalker was essentially unplayable. In other words, if light gaming is on the menu, buy a beefier T13 model with an Ivy Bridge CPU and HD 4000 graphics. 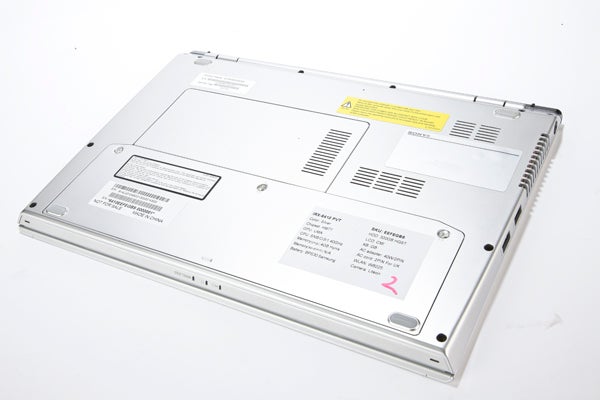 Battery life
From such a chunky chassis as this, we were hoping for good battery life, and the VAIO T13 doesn’t disappoint. With 20 minutes and seven hours, it almost matches the current champion, HP’s Folio 13. 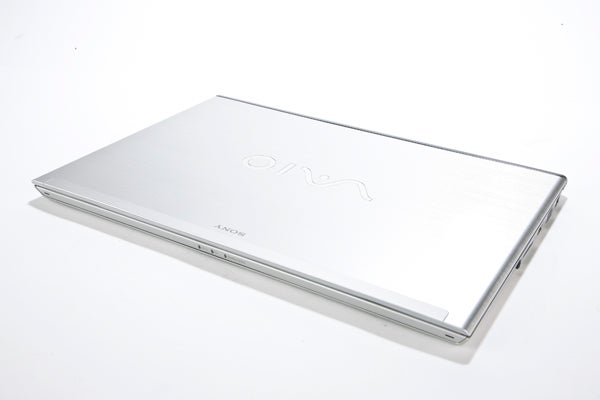 Value
There’s no denying that with its £580 VAIO T13, Sony has hit a price sweet spot. The next-cheapest big-brand Ultrabook is the Acer Aspire S3, which can currently be had for £630, and the T13 offers better connectivity with USB 3.0.

However, everything’s not quite cut-and-dried, as the S3 in this case also offers a larger hybrid hard drive and faster Core i5 Ivy Bridge processor, which will be faster for pretty much everything and better for gaming. Going up to a ‘standard’ Ultrabook config on the VAIO with that same Ivy Bridge Core i5 and a 128GB SSD takes the T13 up to £767, which is quite a lot of extra change.

If you’re after the most affordable big-brand Ultrabook you can get, the base configuration of the Sony VAIO T13 is the undisputed winner right now. It’s a well-built machine with only weight as its major downside. Mind you, its keyboard and screen aren’t exactly inspiring either, but for the price you can’t really expect any better.

If you start upgrading the processor from the base model’s Core i3 though, it’s worth looking at alternatives, as the price rises quickly.