The Sony Vaio Pro 13 is the first ultrabook to benefit from fourth-generation Intel Haswell processor technology, which aims to improve all round power efficiency, providing better battery life and a bump in the graphics department – read our What is Intel Haswell? feature for more detail.

The dual-core 1.6GHZ Core i5 processor with 4GB of RAM and 128GB PCIe SSD onboard is clearly more than capable for running everyday tasks like browsing the web, streaming HD video, writing documents and some casual gaming which are the kind of tasks you’d expect this ultrabook to be used for. It’s also worth noting that boot-up times are impressively quick at times, taking less than three seconds from sleep mode.

Running the benchmarks, the Pro 13 manages a 4,572 PC Mark 7 score, which beats the Ivy Bridge-based Samsung Series 7 Ultra NP740U3E by only 4%. Putting Intel’s integrated HD Graphics 4400 GPU to the test we ran the Cloud Gate 3DMark gaming test, which is aimed at laptops and home PCs, it hovered around the 20fps mark and scored a pedestrian 2,761.

For a more real-world look at gaming performance, we also ran a few games off Steam including Sniper Challenge 2 that runs on the Cry Engine 3. The results were not great, however. At 1,920 x 1,080 it was sluggish and unplayable. Even dropping the resolution down further made no real improvements in the smoothness. If you are planning to do some gaming with it, we’d suggest sticking to the casual variety on offer through the Windows App Store, or older games. The 2013 MacBook Air 13-inch has the faster Intel HD 5000 graphics, which offers a little more performance, but not so much to turn it into a genuine advantage. 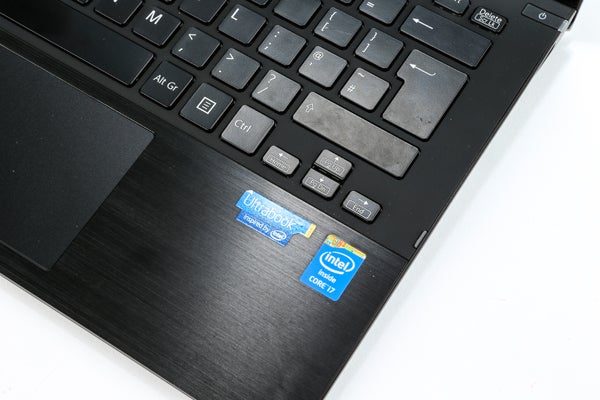 With so much power hidden underneath that slim line body, it’s no surprise that the Pro 13 does generate a little heat, particularly where the A/C Power port lies, but it’s not to the extent that it’s uncomfortable on your lap.

As for noise, the Pro 13’s fan goes into overdrive when it’s first turned on, but it soon quietens. It picks up when you are installing software and during other mildly intensive tasks, but it’s cool and quiet when streaming video or performing everyday tasks like browsing and word processing. 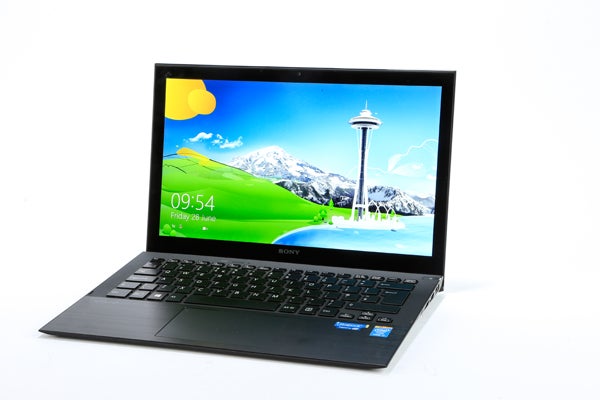 Sony claims that the battery life for the Vaio Pro 13 is up to eight hours with an optional extended sheet battery that will take that up to 13 hours. In our Powermark benchmark, however, it lasted a fairly average six hours and 30 minutes. That’s less than the eight hours claimed and significantly less than the MacBook Air (albeit using different benchmarks), but it does fare better than the Samsung Series 7 Ultra NP740U3E that lasted slightly less than six hours.

Similarly to the MacBook Air, it also managed to gain 39% of juice in 30 minutes from a critical battery level, which means that an hour’s worth of charging should get it back up to respectable levels and give you enough battery life to make it through the day.

If you want to buy the 4,690 mAh extended sheet battery it will cost you an extra £79. That brings the total package up to £1,078, which is £129 more than the 13-inch MacBook Air. The extra battery adds 290g of weight, too, a total of 1.35kg that is conveniently exactly the same as the MacBook. The sheet battery should push battery life to match the MacBook, possibly even exceed it, but we didn’t have one to test.

Overall, however, it’s clear that without the additional power the battery life falls someway short of the standard set by Apple. That’s not to say the Sony Vaio Pro 13’s battery life isn’t good enough – many will find it ample. But it’s trade-off between the Sony’s incredible lightness and Apple’s longevity here. Take your choice.

Used as our main laptop for the review period
Tested for at least a week
Used consistent benchmarks for fair comparisons with other laptops
Reviewed using respected industry benchmarks and real world use
Previous
Sony Vaio Pro 13 Review Next
Keyboard, Touch Pad and Verdict Review