If you remain confused by the Apple iPad, spare a thought for the Sony VAIO P Series. It was first unveiled at CES 2009, but its promising beginnings belied a device that was slow, cumbersome to use and lacking in the battery life department. It was, to use an oft heard complaint of late, a product without a point. Despite its obvious issues, however, Sony has come back to have another go at this 8-inch, mini-netbook device.

We’ll deal with the obvious first: it’s very green. Luckily this lime green version (VPC-P11S1E/G), not to mention other colourful options like orange and pink, are joined by less retina searing white and black versions. Moreover, colour aside, the P Series is quite a funky looking device. Its combination of matt plastic, smooth lines and a compact, slim chassis that weighs 600 grams – 80 less than the iPad – is a strong reminder of why the device drew such admiring glances in the first place. It looks cool.


Sony has also made some less cosmetic additions in the shape of a small, optical touchpad and accompanying buttons either side of the screen. These are intended to make the device more usable when held in two hands, but are only effective to a limited to degree; should you need to input text you’ll still need to put the device down, or awkwardly hold it in one hand and type with the other. Scrolling in this position is also tricky, as you have to hold down the two buttons to activate middle-click scrolling using the pad. It’s a far cry from the fast, streamlined experience of the iPad, but then the P Series is a more a proper mobile computer than an up-scaled mobile device. 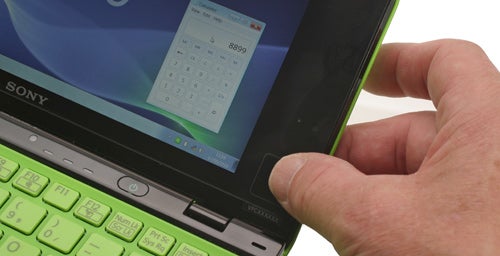 This much you can glean from the presence of a keyboard and also from quaint things like the trackpoint and mouse buttons, which you’ll need to navigate the installed version of Windows 7 Home Premium. They’re joined by the same 8-inch, 1,600 x 768 pixel display as the original P Series, and it remains a frankly insane resolution for such as small device. So wide is this aspect that videos have vertical black bars either side of them, while text is extremely small and difficult to read.


In what can only be a tacit admission of this weakness Sony has added a ‘resolution change’ button, which switches the resolution to 1,280 x 800 pixels, effectively zooming in. This makes the screen more readable, but as it’s a non-native resolution – it’s not even the correct aspect for the screen – it doesn’t look too clever and smacks of a half-hearted fix to a fundamental problem. 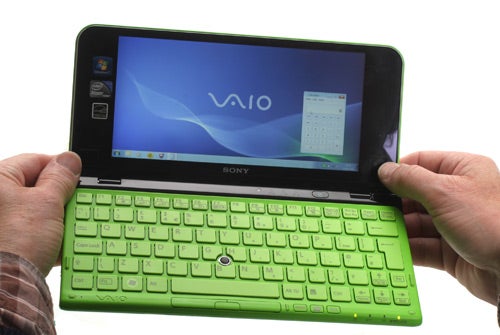 As for the screen itself, in true Sony tradition it is very good. A slightly mottled look and ordinary viewing angles do let it down a little, but colour production and detail levels far exceed those found on any netbook and many laptops. It’s not a patch on the excellent iPad screen, though, which could easily be construed as an alternative device to this.

On the hardware side of things Sony has stuck with Intel’s Atom range, utilising a 1.86GHz Z540 CPU and the GMA 500 graphics core. These are matched to 2GB of RAM and a 64GB SSD, though the latter is limited by using the older PATA interface that’s significantly slower than the SATA enabled drives you’ll find in most notebooks and netbooks. 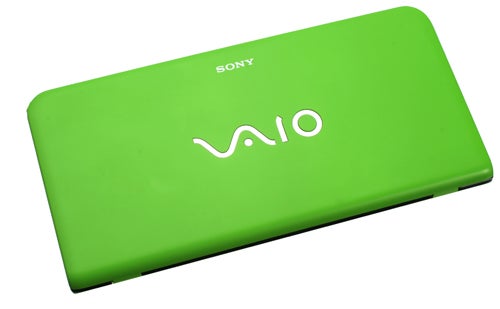 If you’re wondering how this justifies the £799 asking price, look no further than the inclusion of integrated HSDPA, Wireless-N Wi-Fi, Bluetooth 2.1 and – somewhat superfluously by our reckoning – GPS and an eCompass. All of which means the P Series has almost every conceivable feature you’d demand of a mobile PC.


It’s only almost, though, as physical connectivity leaves something to be desired. A couple of USB ports are adequate enough, as is the inclusion of an SD card slot and a separate memory card slot for Sony’s own formats, but instead of an HDMI output we’re treated to an awkward propriety VGA output that requires an adapter. Considering a mini-HDMI port would take up no more space, it would have been our preference. 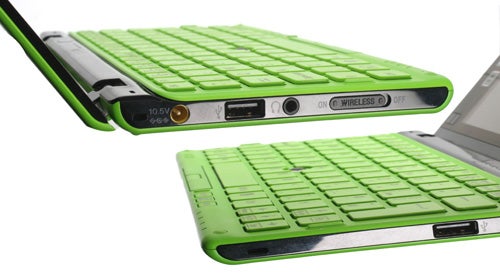 Such complaints pale in comparison to the usability of the machine, though. We’ve already noted the difficulty of inputting text unless the device is set down, but even when it is typing is a tricky business. This is mainly due to the shallow, imprecise action on the keys, which must be hit firmly to guarantee keystrokes being registered. It’s a shame really, as the layout and size of the keys are impressive considering the size of the device.


Joining the keyboard, and the aforementioned optical touchpad, is a trackpoint nestled between the G, B and H keys. It works pretty well and its three buttons, the middle one of which allows you to scroll when held down, offer up adequate feedback. It’s still a significant compromise compared even to a netbook with a touchpad, though, or a touchscreen for that matter – for all ThinkPad users may disagree. 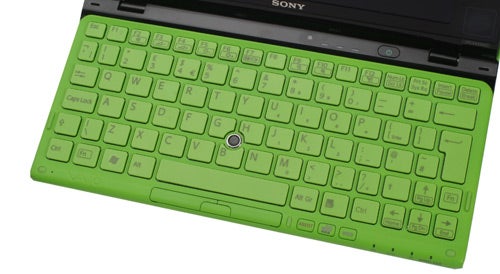 It’s also worth noting that there are speakers on the P Series, but they’re incredibly weak and are outperformed by many a mobile phone where volume and clarity are concerned.

If the P Series is a little rough around the edges where usability is concerned, what really sets it back is its performance. Notionally it’s no worse than your average netbook, but then your average netbook costs at most £300 and often as little as £200. When you’re spending as much as £800, netbook-like performance is harder to forgive. 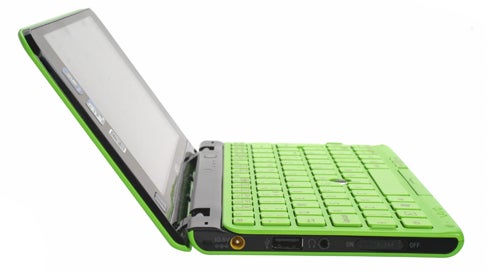 From cold the device takes a leisurely minute and a half to be ready to use, a time that could be easily reduced were there not some somewhat pointless applications – such as the VAIO Gate toolbar – to load first. If all you want is the Internet then you do have option to load the instant-on web browser, which takes a more agreeable 20 seconds, but it’s only really sufficient for quick tasks that one could easily perform on a smartphone instead – probably quicker, too.


More damning are basic things like adjusting the brightness of the screen. For reasons that aren’t entirely obvious, manual adjustments of the brightness are incredibly laggy. This is particularly annoying if you want to adjust the brightness when watching a video, as it results in noticeable slow down. It’s just as well there’s an ambient light sensor to handle screen brightness the majority of the time.

Video playback on the device is also somewhat patchy. Both 720p and 1080p h.264 video can be played thanks to the video decoding abilities of the integrated Intel GMA 500 graphics, but it’s not perfectly smooth due to a few dropped frames, a modicum of jitter (9ms on average) and some minor sync offset. It’s still watchable, but only barely. Flash video, meanwhile, is no less picky. Standard definition is okay, but HD YouTube clips are a no-go and the BBC iPlayer’s high quality videos aren’t smooth in windowed or full screen mode.


Perhaps the most disappointing aspect, however, is the battery life. Because of the size of the P Series it has a measly 2,500mAh (19 Watt-hour) battery, which in our tests managed 193 minutes (3hrs, 13mins) of video playback and 222 minutes (3hrs, 42mins) of web browsing on Wi-Fi. Both these tests were performed indoors at 50 per cent brightness, too, so increasing brightness or using the notoriously power-hungry 3G HSDPA modem will only decrease these distinctly below-average figures further. 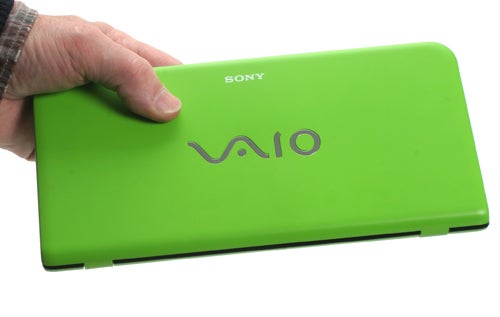 
Despite Sony’s design tweaks, the VAIO P Series is still an awkward prospect that’s way too expensive to be a realistic purchase. Someone, somewhere might be able to make an argument for it, but for the most part it’s an expensive indulgence – more so even than Apple’s iPad.