What is the Sony Vaio Fit 11a Flip?

The Sony Vaio Fit 11a is an 11-inch laptop with a clever second screen hinge that lets you flip the screen around, turning the keyboard base into a stand for the display – perfect for watching films or showing someone else what’s on-screen. You can also close the laptop with the screen on the outside, turning it into a chunky tablet. To give it more tablet cred, the Fit 11a also has an active digitiser pen. It’s a smaller version of the other Fit laptops Sony released last year. 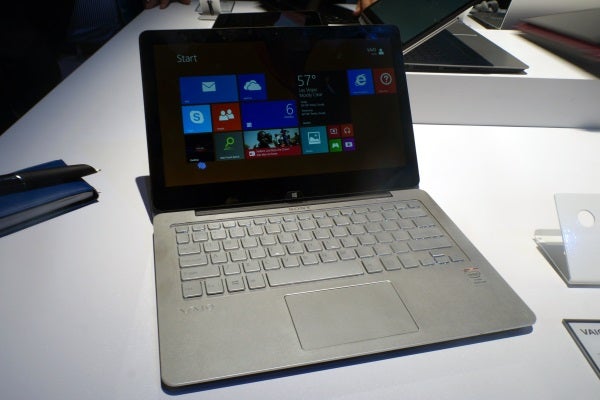 The Sony Vaio Fit 11a is a curious mix of things. It’s a Ultrabook-ish laptop, it’s sort-of a tablet, and it has elements of a graphics tablet too.

It’s more than a normal laptop because of two things – the Active pen and the second hinge that sits halfway up the laptop lid. The latter earns the Vaio Fit 11a the title ‘flip’ computer, because the screen literally flips over, back onto the outside of the laptop lid.

To some this may seem less useful than a full hybrid, because when in its tablet-like form it’s very thick for tablet. It’s arguably a bit thick to be called an Ultrabook too, although doubtless some will call it one. It weighs 1.27kg, which is light enough to carry around without shoulder ache, if not particularly notable given the screen size. 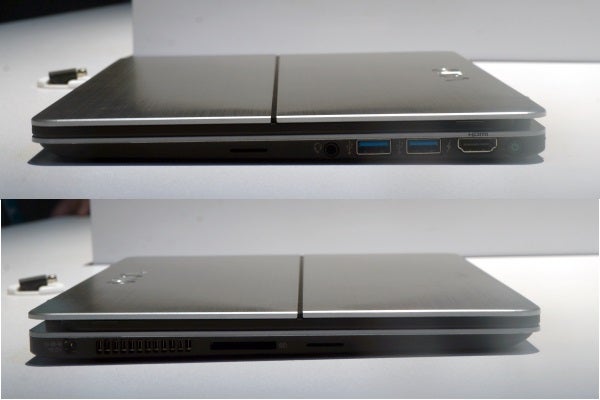 It’s a nicely-built laptop, though, which is a necessary reassurance when the secondary hinge is an obvious point at which the Vaio Fit 11a may fail. It doesn’t feel immensely strong but Sony says it has tested the hinge with 20,000 cycles of movement – which we can’t really argue with.

The lid is made of metal, but the inner part of it is plastic. It’s understandable as this is not an exceedingly expensive laptop. We don’t have UK prices, but the Fit 11a starts from $799 in the US – so it’ll sell for well under £1000 here.

It’s also not a super-powerful PC, though, using a quad-core Pentium N3520 processor rather than the speedier Intel Core type. You get 128GB of storage and 8GB of RAM, although the spec may change slightly when it hits our shores. 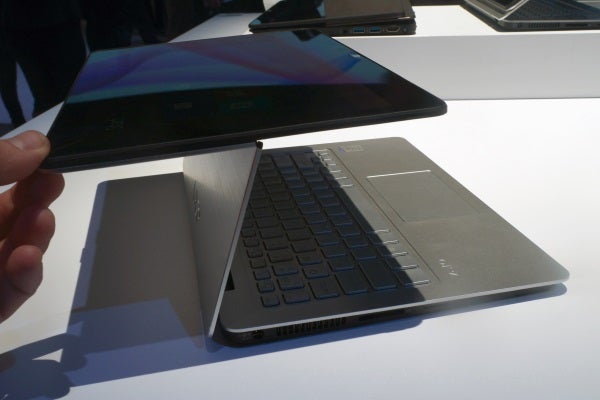 The Sony Vaio Fit 11a has an 11.6-inch screen of Full HD resolution. It’s a good screen, and a touchscreen too.

It’s not just a normal touchscreen either. There’s also a digitiser layer that lets you use the Active stylus that comes with the Fit 11a. It’s a pressure sensitive pen that’s a good deal more sophisticated than the capacitive styluses you can use with any capacitive touchscreen. 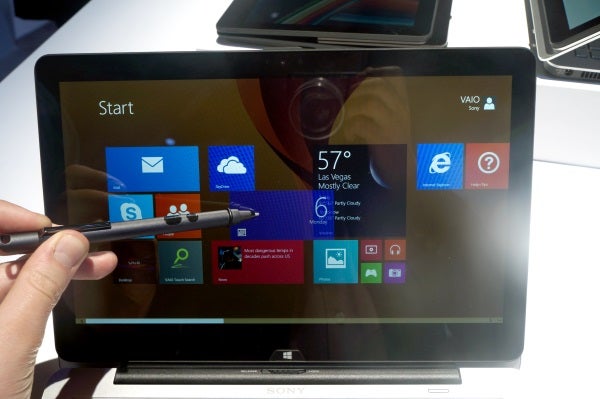 In order to give the digitiser enough of a feature spotlight, the Sony Vaio Fit 11a comes with Photoshop Elements 12, which costs upwards of £60 on its own. We only had a brief play with the pen, but it should give the laptop some credibility as a graphics tablet – if your art/design work doesn’t quite warrant buying something like the Wacom Cintiq Companion.

Other neat features of the Fit 11a include a backlit keyboard and three colour options – black, silver or pink. 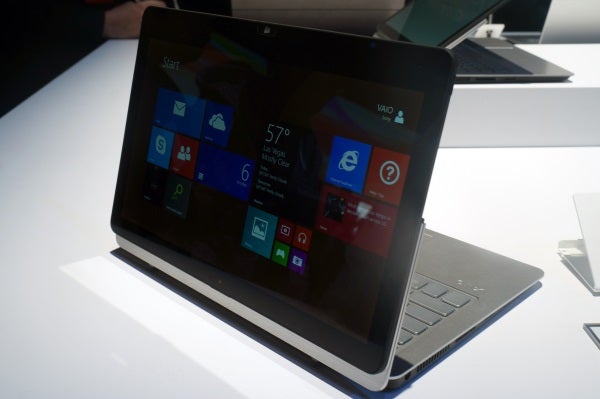 Without the digitiser layer the Sony Vaio Fit 11a would seem like an odd halfway house between laptop and tablet, but with one it’s an interesting and quirky hybrid that should interest those with design or art hobbies.