What is the Sony UHP-H1?

Describing the UHP-H1 is tricky. At first glance it’s a Blu-ray player, which plays Blu-ray discs. But dig a little deeper and you’ll discover that it’s much more than that. With Wi-Fi streaming, built-in smart apps and support for most hi-definition video and hi-resolution audio formats, it’s an all-singing, all-dancing entertainment machine – like Justin Timberlake with a disc tray.

No surprise then that Sony calls this flagship deck an “all-in-one box of wonder”. Naturally such talent comes at a price – £400 is a lot to pay for a Blu-ray deck, particularly when you can buy Samsung’s UHD-K8500 Ultra HD Blu-ray player for the same price. However, with its high-end construction and bucket-load of features, the Sony UHP-H1 could be well worth raiding the holiday savings for. 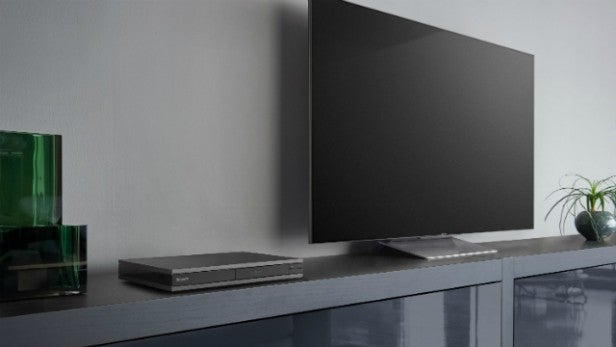 Slim, compact and solid, the UHP-H1 just about lives up to its premium billing. It’s slightly narrower than most Blu-ray decks, giving you a bit of wiggle room in a rammed AV rack, while the sheer edges and sharp angles give it a fresh, contemporary look. The top and bottom panels are coated in a dappled dark-grey finish, sandwiching a gloss-black strip housing two buttons (eject, standby), the disc tray, and a USB port behind a flap.

Unlike Sony’s budget players, which feel like they could float away with the next gust of wind, the UHP-H1 is a heavier and more robust affair. Its anti-vibration construction includes a cross-beam chassis that braces the frame internally. Other details, such as an alloy solder based on high-purity tin and high-quality DACs, also help to keep noise at bay. 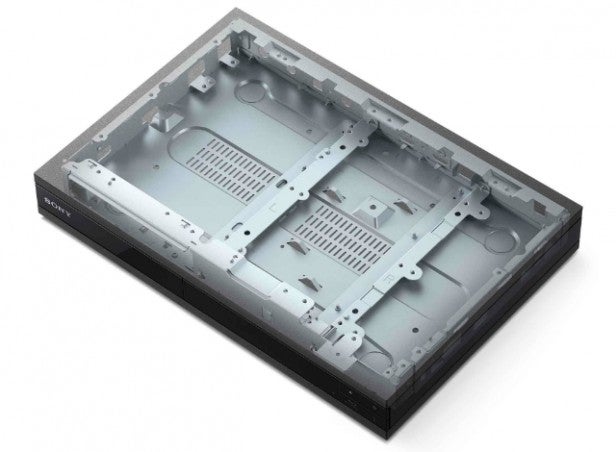 Admittedly, we’re not talking Cambridge Audio or OPPO levels of luxury here – the top surface still has a plasticky feel and the thin disc tray is thin – but it’s far superior to most big-name Blu-ray decks.

Sony doesn’t skimp on connections, either. There are two HDMI outputs – the main v2.0 socket outputs video and audio, while the second audio-only port can be used to pipe sound to an AV receiver separately. That’s useful if your AVR doesn’t pass through 4K or 3D, or if you want to get the best sound quality without interference from the video signal.

They’re joined by optical and coaxial digital audio outputs and a separate analogue RCA output for the purists. The Ethernet port could be your network connection of choice if you’re doing a lot of hi-res music streaming, but you can quite happily use the dual-band Wi-Fi connection (2.4GHz and 5GHz).

Sony also calls the UHP-H1 “the play-anything player” – and it’s not wrong. In terms of digital files, the UHP-H1 handles AVCHD, WMV, XviD, MPEG-4/AVC, MKV and AVI videos, while on the audio side it plays MP3, AAC, WMA, LPCM, FLAC, AIFF, ALAC and DSD.

You can play all of these file types from USB or via DLNA. Hi-res playback is restricted over a network, but you can play FLAC, WAV, AIFF and ALAC 192kHz/24-bit resolution from USB storage devices. 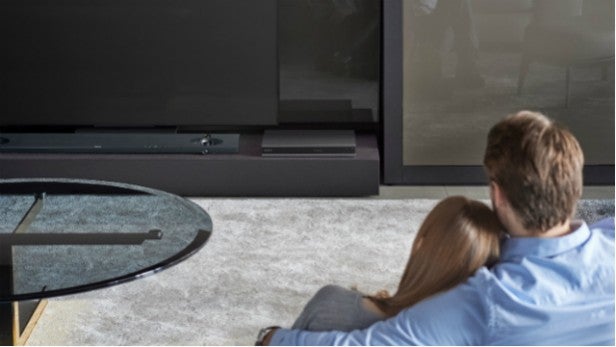 On the disc front you can play Blu-ray (3D and 2D), DVDs and CDs, plus it will even give your old SACD and DVD-Audio discs a whirl. In fact, the only thing missing from this festival of formats is Ultra HD Blu-ray – Sony is rumoured to be launching a player next year, so until then you’ll have to make do with the UHD-H1’s high-quality upscaler, which converts any source to 4K/60p.

The UHP-H1 offers a decent range of online content, including Netflix, Amazon Video, BBC iPlayer, Demand 5, YouTube, Spotify and plenty of lesser-known apps. The lack of All 4 and ITV Player still sticks in the craw – you’ll need a Samsung player for those – but on the whole it’s a decent selection.

Another neat feature is the ability to stream CDs and USB music from the UHP-H1 to other compatible Sony speakers using the SongPal app. It’s nothing new, but useful if you want to enjoy CDs in rooms without a disc spinner. 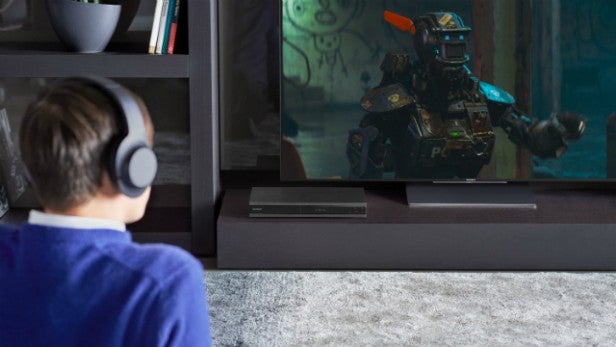 Rounding up the healthy feature list is built-in Bluetooth output, which allows you to beam sound from the UHP-H1 to wireless headphones. Sony’s LDAC technology boosts sound quality by transmitting data at around three times the rate of regular Bluetooth. Meanwhile, DSEE HX “upscales” the sound quality of CDs and compressed music by artificially restoring the data lost in the compression process.

Operating the UHP-H1 is blissfully simple. On-screen, the simple layout and friendly colours should make even the biggest technophobe feel at home. An Easy Setup wizard walks you through the basics such as network connection and HDMI resolution.

The welcoming homepage uses a tile-based structure. You can quickly launch disc, device or DLNA playback from the relevant icons. The My Apps section displays up to ten of your favourite services, the full list of which is found in the “All Apps” menu. You can edit them using the Options button on the remote. Big-name apps such as Netflix and iPlayer are housed under Featured Apps.

The remote is intuitive too. The direction pad and playback keys are helpfully placed, while clearly marked Netflix and Home buttons fire up the respective menus quickly. Lesser-used input selection and Bluetooth keys are moved out of harm’s way at the top.

The SongPal app is similarly easy to use. Its sophisticated graphics and logical structure make navigation effortless, whether you’re streaming to multiple speakers or exploring music on a NAS drive. 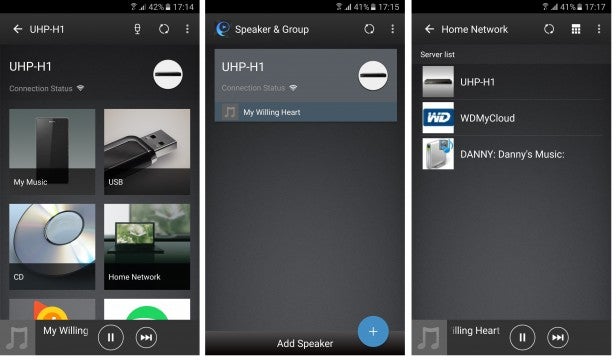 I tried out the DLNA streaming functionality and it works beautifully. The UHP-H1 navigated through a packed NAS drive with no hesitation and played tracks instantly, including hi-res files. The music playback screen is simple monochrome and displays all the relevant metadata, including file resolution and bit-rate. 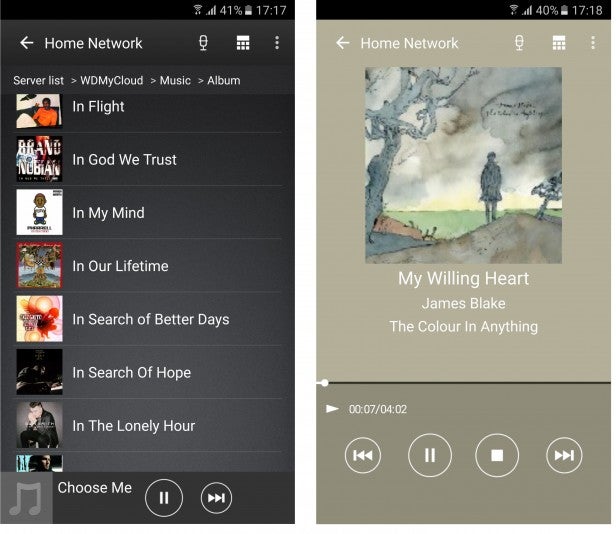 I didn’t have any trouble exploring any of the deck’s features – everything runs like clockwork. It also boots up in seconds and loads even the most stubborn Blu-ray platters in less than 20 seconds.

In terms of picture quality, the UHP-H1 sees Sony operating at the top of its game. It comes as no surprise that regular Blu-ray discs are flawlessly reproduced – playing Guillermo del Toro’s Crimson Peak, the Sony preserves the gothic majesty of the titular mansion.

The intricate detail lining the walls, furniture and costumes is rendered with pin-sharp precision and steadfast clarity, even as the camera glides around the grand staircases.

The movie is a dark, immersive experience, with objects crawling through the shadows, but the Sony’s perfectly judged contrast level ensures you don’t miss a thing. Blacks are solid and smoothly gradated, with no noise to diminish their depth. Objects punch through the gloom, while the flickering candles look crisp and bright.

Colour reproduction is also stunning – early scenes in Buffalo are reproduced in beautiful sepia tones; later, the image is splashed with vibrant yellows, purples and reds as Edith and Lucille run through their repertoire of dresses. 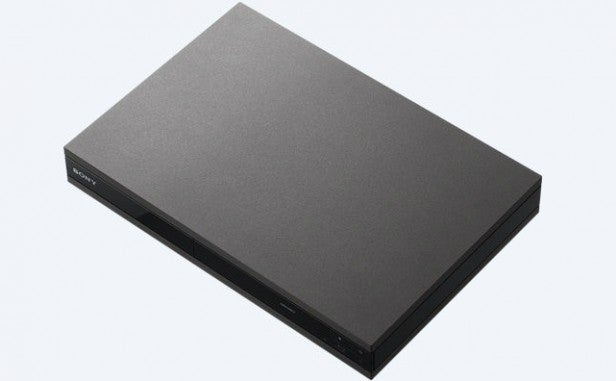 If the picture isn’t quite hitting the spot in its default settings, there are plenty of picture tweaks to play with. Four picture presets – Brighter Room, Theatre Room. Direct and Auto – adjust the settings for different lighting conditions, while two Custom presets give you detailed manual control over the image.

As well as contrast, brightness, colour and hue adjustments, you can apply Texture Remaster, Super Resolution, Smoothing, Contrast Remaster and Clear Black processing, plus Frame, Block and Mosquito Noise Reduction. I left everything turned off, but it’s worth experimenting with them.

The deck’s upscaling talents are impressive. I compared the regular Blu-ray version of Life of Pi on the Sony (upscaled to 4K) with the Full UHD Blu-ray version on the Samsung UHD-K8500 player and the two look very similar. On the Samsung, the movie’s vibrant colour palette looks richer and more natural, but in terms of detail resolution, there’s very little between them. The UHP-H1 upscales without any obvious artefacts, resulting in clean, dazzling visuals.

It’s a similar story with DVDs. As expected, you don’t get anywhere near the same level of clarity, but the SD images are as solid and smooth as you could possibly hope for, with bold colours and minimal block noise. Hi-definition video streamed from services such as BBC iPlayer looks sharp and punchy, with only a hint of mosquito noise on moving objects. 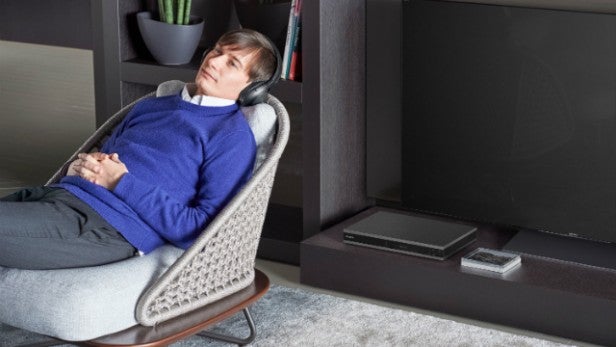 Its picture performance is terrific, but the UHP-H1 really comes into its own with music. Those high-grade electronics produce a warm, detailed and punchy sound through the dedicated analogue outputs, whether you’re playing an MP3, CD or streaming a hi-res file.

It also gave me an excuse to dust off my collection of obscure Japanese DVD-Audio discs and SACDs by Roxy Music and The Police, all of which sound fabulous through the UHP-H1. The 5.1-channel mix of Roxy Music’s “Avalon” is particularly impressive.

Should I buy the Sony UHP-H1?

If you’re not quite ready to step into the world of Ultra HD Blu-ray, then the UHP-H1 is pretty much the best “regular” Blu-ray player you can buy at this price. Its robust build quality provides the platform for picture and sound quality of the highest order, while generous features and extensive format support make it a slick, versatile entertainment hub.

The only real downside is a lack of key catch-up TV services, but this isn’t serious enough to deny the UHP-H1 an unequivocal thumbs-up.

It may not be a UHD Blu-ray player, but Sony’s dazzling disc spinner breathes new life into your Blu-ray collection while effortlessly playing an extensive range of other sources and formats.