Basic picture and sound performance are excellent. However, the key Dolby Vision implementation is flawed – plus these days it's hard to accept a mid-range deck that doesn't also support HDR10+.

As its X800M2 name suggests, it’s more of an update than a completely new deck, chiefly designed to put right its X800 predecessor’s awkward lack of Dolby Vision support.

Unfortunately, though, this seemingly simple step forward doesn’t prove quite as straightforward as it sounds.

How much you like the look of the Sony UBP-X800M2 depends on whether your taste in design leans towards the industrial. Its angular, rough-textured metallic body with a glassy black strip running along the front edge is almost brutal in its approach.

Personally, I like it. Especially since the build quality is exceptional, with lots of thick metal countering initial concerns that the deck’s slender profile might be a barrier to a quality-orientated layout of the internal components. 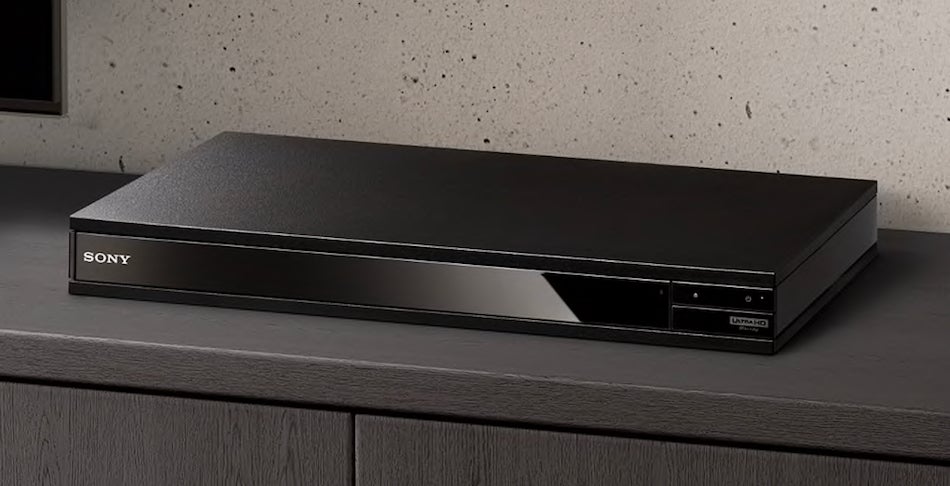 In fact, it turns out that the X800M2 boasts the same ultra-rigid “frame and beam” chassis design you get with Sony’s flagship X1100ES. This is intended to eliminate the tiny chassis vibrations and electrical interference that can impact sound quality.

Given the uncompromising quality of the X800M2’s bodywork, the remote control is a disappointment. It’s a plasticky affair that feels like it’s been borrowed from a much cheaper player.

Sony UBP-X800M2 features – Dolby Vision HDR included from the off

The big new thing on the Sony UBP-X800M2 is support for Dolby Vision. The original X800 didn’t offer this feature, despite Dolby Vision being well-established (including on Sony’s own TVs!) when that deck was launched.

This was a situation that started to look even more untenable when Sony’s entry-level 4K Blu-ray player, the X700, received a 2018 firmware update to support Dolby Vision playback while the more expensive X800 did not. 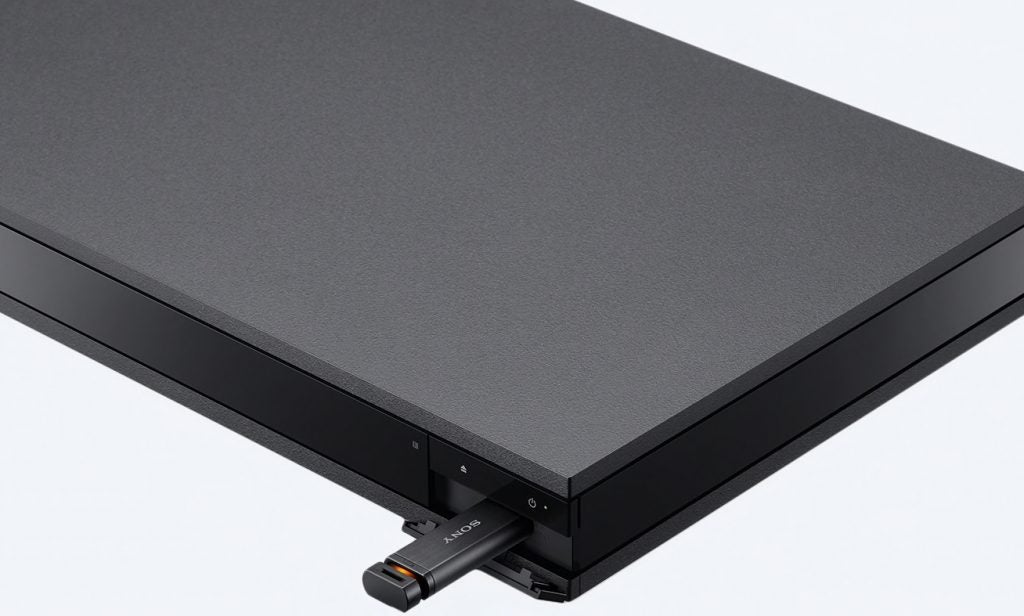 Nevertheless, at least the arrival of the X800M2 means Sony’s mid-range player no longer looks like the poor relation in feature terms to the X700. Not that this will come as much comfort to people who bought the original X800, of course.

As with all 4K Blu-ray players, the X800M2 can also play DVDs, HD Blu-rays, 3D Blu-rays and CDs, as well as the latest 4K platters. More surprisingly and impressively for its money, it can also play SACD and DVD-Audio discs – something its Panasonic UB820 is unable to do.

The audiophile aspirations revealed by the Sony UBP-X800M2’s build quality and extensive disc support extend to its multimedia playback too. It’s capable of playing high-resolution file formats including DSD, FLAC, ALAC, AAC, and WAV. As well as MP3s, of course.

And all compressed audio formats – even CDs – can benefit from Sony’s DSEE HX feature, which upscales the frequency response and dynamic range to try to get back to something closer to the sound of the original recording.

As you’d expect, the X800M2 can play both Dolby Atmos and DTS:X object-based sound formats.

Sony’s new 4K player can also handle a good variety of video file formats over network or USB drives, including XVID, WMV, AVCHD, MPEG-2 and MPEG-4. To enable this, the deck carries an Ethernet port, built-in Wi-Fi/Bluetooth, plus a front-mounted USB port. 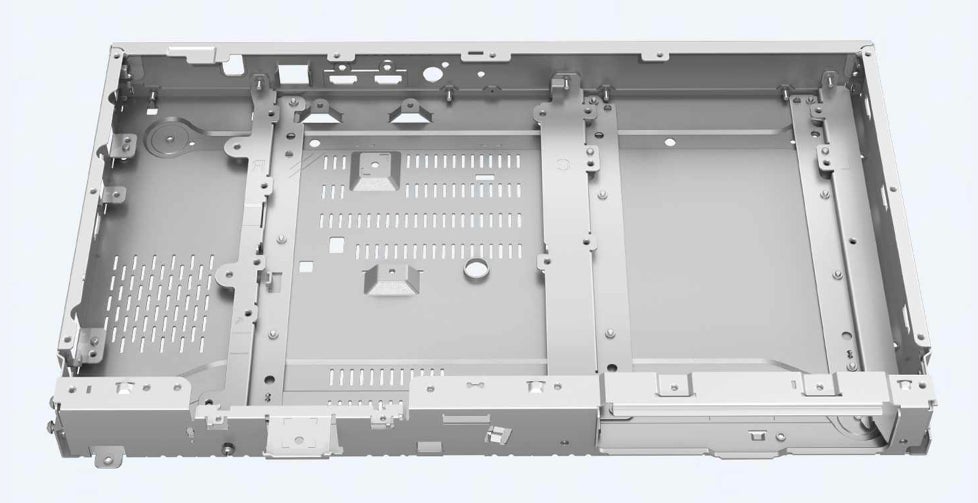 Other connections on the deck’s rear comprise twin HDMIs and a coaxial digital audio output – and, finally, it’s worth mentioning that the Bluetooth connectivity supports LDAC technology. This boosts sound quality by delivering three times the data of normal Bluetooth connections.

The X800M2 doesn’t carry a built-in multi-channel audio decoder such as the Panasonic UB820, so there’s no array of multi-channel analogue line-outs. I wouldn’t expect this to upset too many people, though, given the audio quality you can get over HDMI nowadays.

More of a concern is the Sony UBP-X800M2’s lack of HDR10+ support. While Dolby Vision is still comfortably ahead of its HDR10+ “dynamic HDR” rival, HDR10+ titles arriving more regularly than before.

Of course, the missing HDR10+ support won’t matter if your TV doesn’t also support HDR10+. Just as the new Dolby Vision support won’t matter if your TV doesn’t support Dolby Vision. But the shift to multi-format support elsewhere in the 4K Blu-ray and TV world is starting to make only supporting one of the dynamic HDR formats increasingly hard to take on a mid-range player.

However, the Sony UBP-X800M2 does provide a trio of streaming apps: Netflix, Amazon Prime Video and YouTube. Perhaps sensibly, Sony hasn’t tried to extend the X800m2’s streaming features beyond these three popular services.

If you own a projector or low-brightness TV, you may be pleased to hear that the X800M2 has a feature for converting HDR to SDR, so that you can enjoy the benefits of 4K Blu-ray’s extra resolution without having to worry about your display struggling with HDR.

These include extra control options – including compatibility with the likes of Crestron, Savant and Control4 – and extra custom install-friendly connections such as IP control over Cat-5 or Wi-Fi, an RS-232C two-way control port, and an IR input.

There are only really three things you need to be careful about when setting up the Sony UBP-X800M2.

First, remember to toggle the Dolby Vision option off and on, depending on whether or not you’re watching a Dolby Vision disc. This is important if you want to be sure of getting the best picture quality from your 4K Blu-rays.

Second, if you have a Sony TV, consider activating the Bravia mode feature. This produces slightly crisper, cleaner images with non-4K discs when used with Sony Bravia TVs. The feature makes no difference to 4K playback, however.

Finally, don’t use the Sony UBP-X800M2’s Auto 2 upscaling option, since it tends to make the picture look rather processed. Stick with Auto 1.

Given that it’s the Sony UBP-X800M2’s main raison d’etre, it’s a shame to find the deck’s Dolby Vision playback affected by not one but two significant flaws.

First, there’s no automatic detection of whether or not a disc you insert supports Dolby Vision. You therefore have to manually select Dolby Vision “on” or “off” – an irritation made worse by the fact that it isn’t always easy to know if a particular disc has Dolby Vision or not.

By comparison, all other brands of Dolby Vision-supporting 4K Blu-ray player can automatically detect whether they should be outputting Dolby Vision or HDR10.

Making this weird situation worse is the way the X800M2, like the Sony X1100ES and X700 4K Blu-ray players before it, outputs everything – SDR, HDR10, HLG, whatever – behind a Dolby Vision flag if you leave the deck’s Dolby Vision mode switched on.

This means your TV sees the incoming content as Dolby Vision and tweaks its playback accordingly, resulting in such problems as over-wrought skin tones, raised black levels, and a tendency for the very wide aspect ratio pictures to “glow” slightly.

The Sony UBP-X800M2’s other Dolby Vision issue is a performance rather than implementation one. Namely that as with the Panasonic UB820 and Sony X1100ES, it plays Dolby Vision titles too brightly.

This can actually look quite effective at times, elevating the extra dynamism usually associated with Dolby Vision. Unfortunately, the raised brightness means that the lightest parts of Dolby Vision images can appear devoid of detail and subtle toning information.

Shots of the sun can turn into shots of a white hole in the sky, for instance, or bright reflections on a rippling sea can turn into a weird white patch torn out of the sea’s surface.

I’ve raised this issue with Dolby, but are yet to hear that a solution is on its way.

The Sony UBP-X800M2 is otherwise an excellent performer. Its HDR10 4K Blu-ray pictures look beautifully refined, full of fine detail and free of seemingly any sort of electrical or processing noise.

Colours, too, look exquisitely rich but also gorgeously nuanced, contributing to a picture that does pretty much everything it can to sell 4K Blu-ray’s HDR, colour gamut and resolution benefits over the humble old HD Blu-ray.

Even the Dolby Vision pictures look beautiful when there isn’t an obvious area of bright “clipping” drawing your eye away from the rest of the action.

Motion is perfectly delivered, regardless of whether you’re watching a 24p movie on a disc or 50/60Hz streams from the built-in apps. In this latter respect the X800M2 easily outperforms Panasonic’s UB820, which suffers unwatchable amounts of judder when using its streaming apps.

The Sony UBP-X800M2 also proves to be an excellent upscaler of sub-4K content, particularly from HD Blu-ray discs. Upscaled images look sharper and more detailed without looking noisy or plagued by “ringed” or forced object edges. 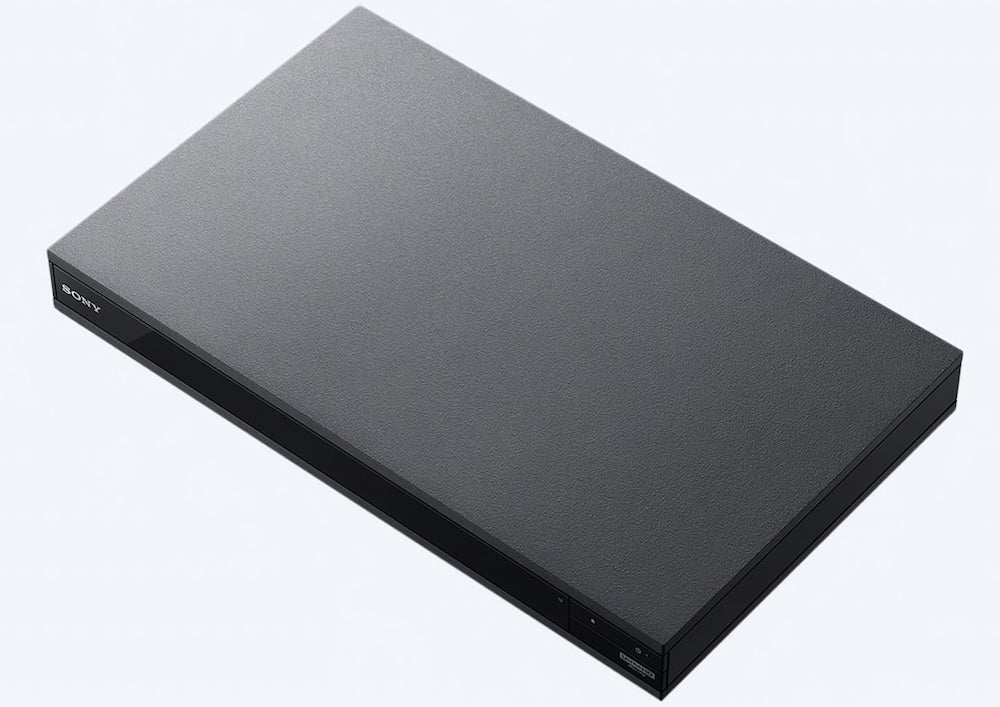 The Panasonic UB820 upscales slightly better, but it’s a slight difference. I’d say the Sony X800M2 performs marginally better – at least where sharpness is concerned – than the UB820 with HDR10 sources.

A bigger difference can be seen between the HDR-to-SDR conversion systems of the Panasonic UB820 and Sony X800M2. And this one doesn’t go in Sony’s favour. For while Panasonic’s conversion process works remarkably well, Sony’s approach crushes detail out of dark areas, and makes some colours – especially darker hues – look unnatural.

Sonically, the Sony UBP-X800M2 is excellent. It handles its highest-quality sources – Hi-Res audio files and, especially, DVD-Audio and SACD discs – with so much aplomb and precision that it deserves to be partnered with as high-end an audio system as you can manage.

It doesn’t turn its nose up at more typical music sources, though; quite the opposite. Its DSEE HX feature does a remarkable job of making compressed, digital audio sound richer, fuller and more dynamic. In fact, the more compressed the source, the more impressive DSEE HX’s impact.

If you don’t need its Dolby Vision or HDR-to-SDR conversion features, the Sony UBP-X800M2 is an impressive option. Its playback of HDR10 4K Blu-rays, HD Blu-rays and all types of audio disc and files is superb for its price point.

For me, though, the lack of automatic Dolby Vision switching is a headache you really shouldn’t be faced with on a mid-range 4K Blu-ray player.

Now that Panasonic is offering HDR10+ playback as well as Dolby Vision on its 4K Blu-ray players, it seems to me that the Panasonic UB820 is a better all-round mid-range option than the Sony UBP-X800M2. Unless you happen to have a collection of SACD and DVD-Audio discs you want to play.