The UBP-X800 is a 4K Ultra HD Blu-ray player with a difference: it’s also a universal audio disc player and a hi-res audio player. Sony may be a tad late to the 4K Blu-ray party, but this triple threat is worth the wait, especially considering its performance and high-end build quality. 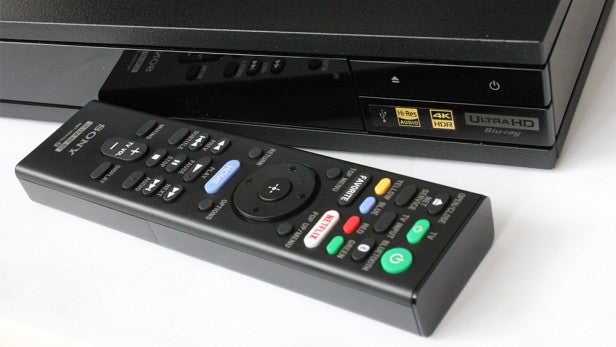 The UBP-X800 deck builds upon last year’s Sony UHP-H1. It has the same stylised fascia and stippled top lid, and draws upon much of the audio engineering used inside. However, it’s fundamentally a step up in class.

For a start, it’s heavier. It weighs in at around 3.8kg and feels considerably more substantial than, say, the rival Panasonic DMP-UB900.

A full-width 430mm model, the design is enigmatic. There’s no display on the mirrored front, just a tiny LED light above the gold 4K HDR and Hi-Res Audio badges. A tethered cover protects the front-facing USB 2.0 port.

To the rear are two HDMI outputs: one 2.0 HDCP 2.2 enabled, the other an audio-only 1.4 output for those who need to route multi-channel audio directly to an AV receiver. 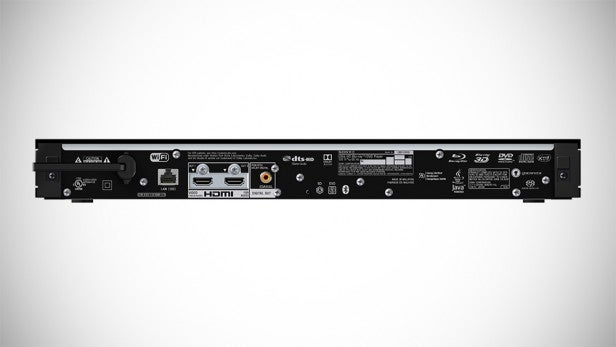 There’s a single digital audio coax output, but no analogue outputs. The deck has Bluetooth and dual-band Wi-Fi, supported by an Ethernet LAN jack for wired connections. Bluetooth includes higher-fidelity LDAC support for those with compatible Sony smartphones, and allows direct pairing with Bluetooth headphones.

The chassis is a frame and beam design: three 1.2mm struts add rigidity to the casing. There are even two ‘foot beams’ linking the player’s rubber pads.   These are slightly larger than the beams used on the UHP-H1. There’s also a newly developed metal top plate, with deliberately offset screws – a placement said to improve sound performance. Even the heatsink features ‘fins’ that are spatially placed for maximum effect. 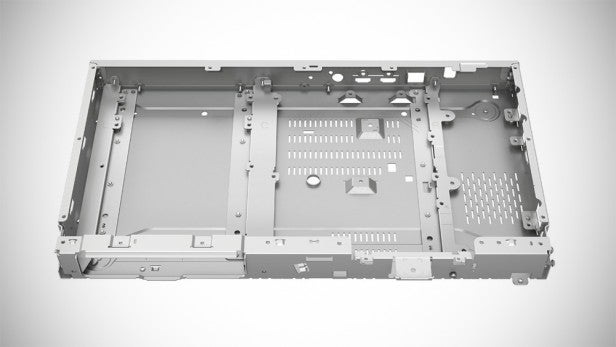 Usability is solid. The player’s tile-based interface is functional rather than fancy. You can customise it with the large ‘+’ button, adding other content sources as you need them. Want your media server one click away? Job done.

The UBP-X800 comes with an appropriately stocked OTT portal. Online streaming services include Amazon Video, Netflix, Wuaki.tv, BBC iPlayer, Demand 5, BBC News and Sport, YouTube and Spotify Connect.  There’s also a channel from the Berlin Philharmoniker, plus additional content that can be viewed via Opera TV.

Significantly Amazon, Netflix and YouTube all support 4K streams, although (at the time of writing) only Netflix offers HDR. The deck also supports Miracast Screen Mirroring from compatible smartphones. 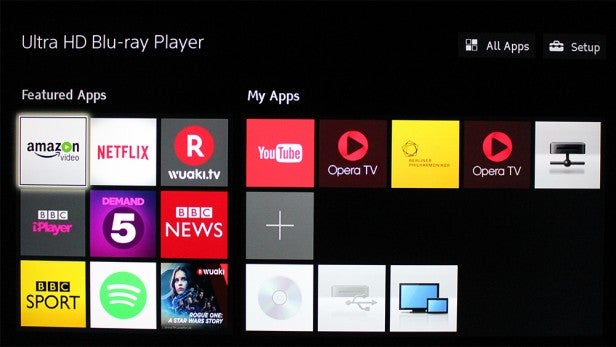 When it comes to HDR, the deck is resolutely HDR10. There’s no support for Dolby Vision, and I suspect there are no plans for it either. This shouldn’t imply Sony has anything against Dolby Vision for UHD BD – indeed, the brand is supporting the HDR format on its high-end 2017 TVs. More likely, the development cycle for the UBP-X800 was simply out of step with developments.

If your 4K display doesn’t support HDR, the deck has an HDR-to-SDR converter that employs a proprietary algorithm to map brightness and colour gradations.

You can allow the player to upscale lesser sources to 2160p, too. This should be chosen if you don’t want your display to do the same job.

When it comes to discs, the deck is a fast loader. A Java-heavy movie disc goes from tray to menu in an impressive 36 seconds. 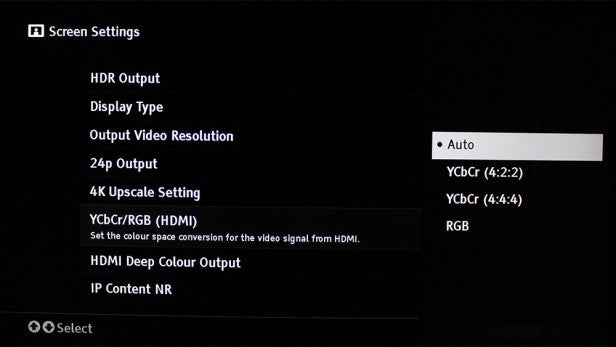 4K picture resolution is first-class. The player delivers every scintilla of detail from a 4K resolution test disc, so you can be sure it will do the same for your 4K movies. The player interpolates UHD with 4:4:4 sub-sampling.

Images are astoundingly sharp, with no undue artefacts or distractions. Colour rendering is accurate. We’re told the deck has been tuned with input from creatives at Sony Pictures Entertainment, and they’ve clearly done a great job.

Much like its H1 predecessor, the UBP-X800 also looks superb with 2K Blu-rays. It portrays detail without a hint of ringing or unwanted emphasis, yet maintains extraordinary fine detail. To say The Force Awaken’s world of Jakku looks naturalistic may sound odd, what with its shattered AT-AT and alien market place, but there’s no processing artifice about the image.

Of course, video is only half the appeal of the UBP-X800. This universal disc player boasts proper High-Res Audio credentials, and is at home with both DVD-Audio and Super Audio CDs.

The 5.1 DVD-A remix of The Prophet’s Song (Queen, A Night at the Opera) is revealed as a stunning example of this under-appreciated multi-channel format. Mercury’s vocal canon pings from speaker to speaker, engulfing the listening position; it’s a Hi-Res prog-rock treat.

SACD recordings are delivered with comparable clarity. Obscure Japanese jazz releases from the late 1990s – of which I inexplicably have many – evoke hotel bars with lazy vocals and late-night beats. You can confidently partner this player with premium audio kit. 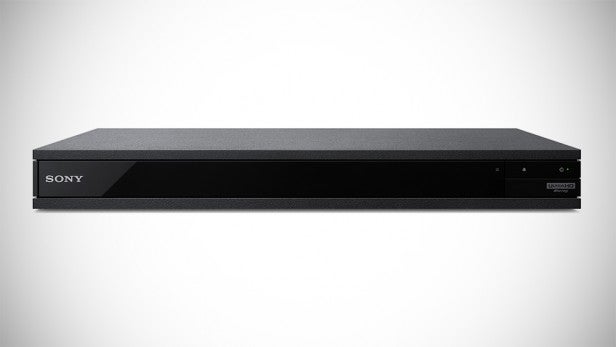 The UBP-X800 is unquestionably a superb all-round media player. Blu-ray picture quality is excellent, both with standard discs and UHD platters. Images are smooth and artfully precise. Universal audio disc support should also win it support in the hi-fi community.

From SACD and DVD-A to standard CDs, the deck is a compelling listen. Add to that decent streaming service integration and banzai build quality, and you’ll be left asking why it costs only £400.

The UBP-X800 is a startlingly fine 4K Blu-ray deck with audiophile appeal. It undercuts the Oppo UDP-203 by some margin and plays SACD and DVD-Audio discs – something Panasonic’s DMP-UB900 can’t manage. The only sticking point would seem to be the lack of Dolby Vision HDR support.