Powering the SmartWatch 3 is a 1.2GHz quad-core ARM A7 CPU with 512MB RAM, commonly found inside low-end smartphones and tablets. It’s on par with the Snapdragon 400 CPU found inside the LG G Watch R and not as old as the Texas Instruments CPU powering the Moto 360.

There’s 4GB of storage to cater for the software and installed apps, but also to store music to play offline when you’re away from your phone. At the moment, to get music onto the SmartWatch you have to do it through the Google Play Music phone app. Fortunately, you don’t need to have the premium subscription to do it, but while it should be an easy process of selecting the device in the Play Music settings to move music, it doesn’t play out like that. Despite updating the app, the option to sync with our watch never appeared, so we were unable to put it to the test.

For connectivity, there’s Bluetooth 4.0 to sync with Android phones running Android 4.3 Jelly Bean or above. There’s built-in GPS, but only a couple of apps can make use of it. Currently there’s Google’s own MyTracks app and Runkeeper. 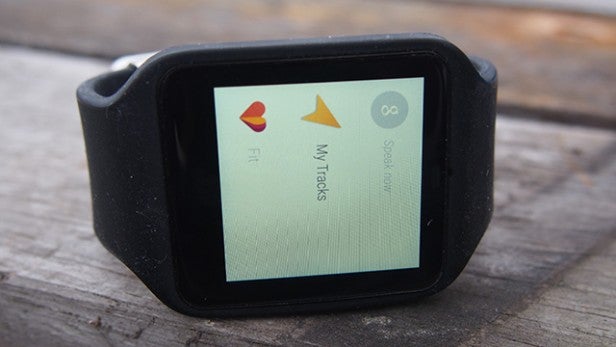 MyTracks is very basic and while it will integrate data into Google Fit, you can only review routes through the phone app. Also, because you can only view a week of Google Fit data on the watch, that means you’re relying on your phone again to review monthly and yearly progress. The smartphone app is at least pretty comprehensive, with location, elevation and speed data recorded to review later. With Runkeeper, trying to sync the app to the SmartWatch 3 frustratingly never worked.

To test out the accuracy, we ran with the SmartWatch 3 alongside the TomTom Runner GPS sports watch. The SmartWatch was generally about 200m off, which doesn’t sound like a lot, but if you’re a serious runner, especially for long distances, that difference does matter. 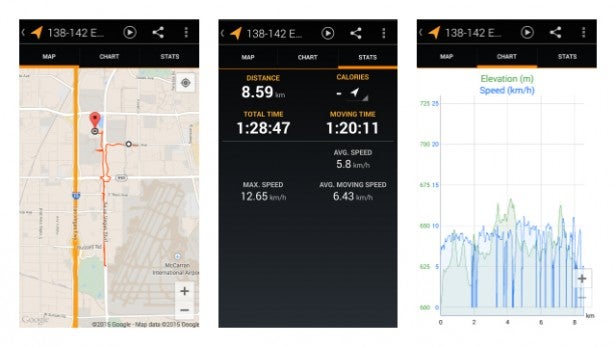 On top of Bluetooth and GPS, the SmartWatch 3 also has Wi-Fi and is NFC ready. That doesn’t mean a lot right now, but when Google releases the required software update, the SmartWatch 3 will be able to connect to local Wi-Fi connections and potentially support contactless NFC payments.

All the expected motion sensors are available, which include compass, gyroscope and an accelerometer alongside an ambient light sensor to automatically adjust the screen brightness. Disappointingly, considering how sports-focused the SmartWatch 3 is, it doesn’t include a heart-rate sensor. While the accuracy of optical heart-rate monitors on rival Android Wear watches can be slightly iffy, it would’ve made sense to include it here and feels like an opportunity missed.

Like other Android Wear watches, there’s a built-in microphone and speaker, which is all important for the heavily voice-focused Android Wear operating system. 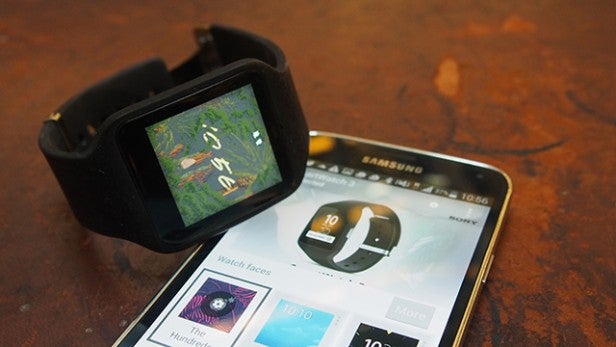 As an operating system, Android Wear is a lot like Android when it first arrived on phones. It still needs refining and Google has to be willing to update and improve it as regularly as it does with its mobile OS. Android Wear 4.4 W was the first version to ship with the G Watch and Gear Live, and within a year Google has delivered the first big update with Android 5.0.1 Lollipop.

Lollipop on Android Wear still has Google Voice Search and Google Now at its core, with access to the Android Wear app store to download apps. It won’t give you all the information you really need right away, but over time, when the operating system has had time to learn your habits, then notifications and info becomes useful to glance at. Ultimately, though, there wasn’t enough to convince us to keep the SmartWatch 3 around our wrist.

With some nice cosmetic changes and new functionality, Android Wear is moving towards something that feels like it can power a standalone device, but there’s still work to be done.

The first big change for Android Wear is the Material Design makeover – although makeover is probably too strong a word. The icons are bigger and bolder, but that’s about it. It simply doesn’t have the same impact as the Lollipop UI overhaul on phones and tablets. 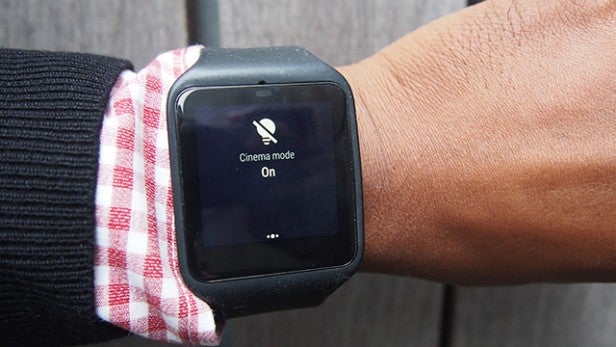 The smartphone-esque features are useful, such as the notification tray-style setup, where you can now access the settings menu instead of rummaging down to the bottom of the Google Voice Search, and activate the Cinema mode.

What’s Cinema mode, you say? One of the biggest complaints we’ve had using Android Wear watches in public is having a bright screen continually flashing up with notifications. Cinema mode is the solution. Accessed by swiping down from the top of the screen and swiping right, this will create a do-not-disturb profile to reduce that irritating flashing screen when you’re out and don’t want to be disturbed.

Another of the big Lollipop changes is support for custom watch faces. That means you can download additional watch faces from the ones already pre-installed on the SmartWatch 3 to add another layer of personalisation. Sony’s selection of digital and analogue watch faces are likely to have you seeking for alternatives, although you might have to be willing to pay for some of the better ones available in the Google Play store.