To get any other apps installed on the Sony SmartWatch 2 you have to download extra modules from Google Play on your phone. These include things like Gmail, Twitter, Calendar, a runner’s pedometer and music controller app.

Sony’s Smart Connect app shows you the array of ‘recommended’ Sony ones, but there are other third-party ones available in Google Play too. Sony’s SmartWatch has quietly become its own platform. Once installed these mini apps become icons on the SmartWatch 2’s home screen, which is a series of flick-able pages – each has six icons a piece. 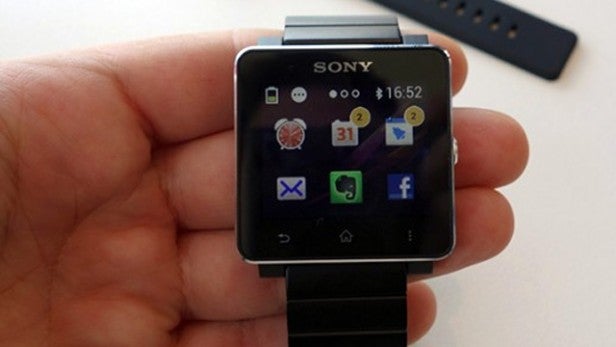 However, it’s important to manage your expectations on what these apps can do. The Sony SmartWatch 2 is a fairly ‘dumb’ middle man between you and your phone. Bluetooth 4.0 and NFC are its only connections, and its processor is slow. It uses a 200MHz Qualcomm M3 chip, far less powerful than the 800MHz Exynos chip used in the Samsung Galaxy Gear.

The amount of processing the watch does by itself is tiny. It can’t grab its own info over Wi-Fi either, and getting some of the apps to actually work is a little painful. Each app has to be manually signed off by you (on your phone) as being ‘allowed’ to be accessed by the watch. So things like Gmail only work once you’ve jumped through a half-dozen hoops. There are a few too many stages to make the SmartWatch 2 feel convenient or slick. And for a device that’s meant to make things easier and quicker, that’s not really on.

We also found that some of the apps were pretty badly judged. The Facebook app gives you far too many notifications, for example. You get a buzz every time someone posts an update, not just when one relating to you pops-up and the Gmail client can’t cope with any HTML formatting, and so refuses to display half your emails.

But what is the Sony SmartWatch 2 actually like to use? 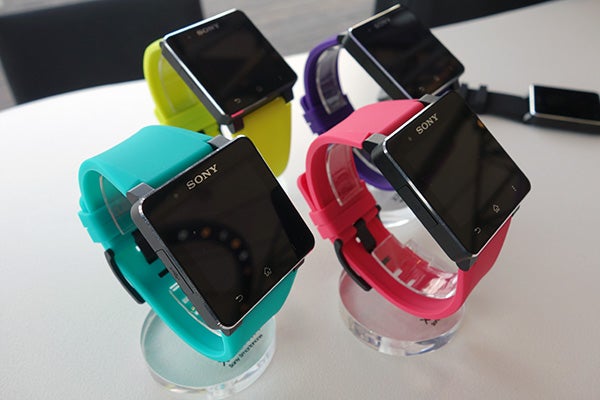 Aside from the power button on the watch’s side, there are two main interface bits to the SmartWatch 2. There’s the little 1.6-inch touchscreen and three tiny soft keys that mimic the back, Home and menu keys you get with most Android phones.

After some early reports that the SmartWatch 2 is slow and buggy, we found its performance to be reasonably good. The screen is quite responsive, and there’s little of the lag we feared when we heard about quite how low-powered its CPU is.

However, if you have a high-quality recent phone (which we image most buyers of the SmartWatch 2 will have), using the watch does feel like slumming it in comparison with your mobile. The screen looks much blockier than a decent phone thanks to its low 220 x 176 pixel resolution, and not enough apps behave intelligently enough. Where most popular phone apps have undergone dozens of sequential updates that have tweaked what they are like to use (often over years of development) the SmartWatch 2 shows that smart watch apps have a long, long way to go.

At present, the Sony SmartWatch 2 does little more than the drop-down notifications bar on your Android phone and it operates with even less control. However, if you carefully limit what it tries to pull in, it is a pretty handy way to check out your latest emails and text messages (as long as the emails are not too complicated), and find out who’s calling you without taking out your phone.

The question – is that enough? We don’t want to take calls with a watch (this watch has no mic or speaker), or play games on one, but the limited battery life and the awkward way it works stop this from being the step up from a lone smartphone it should be. 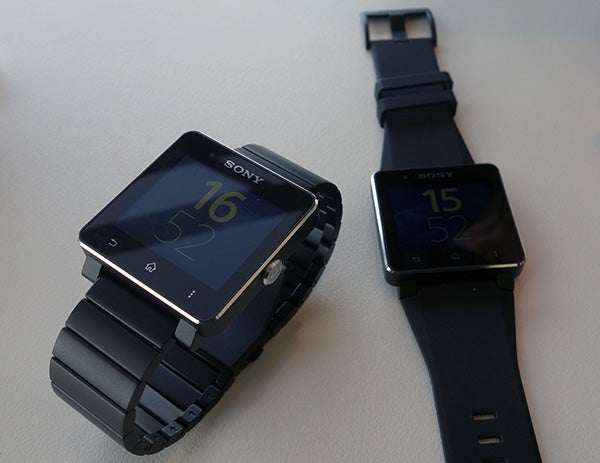 Should I buy the Sony Smartwatch 2?

When compared to its most obvious competitor, the Samsung Galaxy Gear, the Sony SmartWatch 2 does appear to adhere to the ‘less is more’ maxim. It’s cheaper, has fewer features and longer battery life.

However, it’s not the perfect accompaniment to a smartphone you’re probably after. It’s a pain to setup, and in trying to emulate a smartphone interface to an extent, it highlights the ways it falls behind modern phones in terms of the experience on offer.

The claim that a smartwatch is a solution to a problem that doesn’t exist is an old argument that we don’t entirely agree with, but the Sony SmartWatch 2 is not a great solution – assuming you find having to take your phone out of your pocket a pain in the first place.

At present the Pebble smartwatch is a much better example than this with much better battery life, though it still feels as if the best is yet to come in the smartwatch arena.

The Sony SmartWatch 2 is smartwatch that will give you most of your notification on your wrist. It works. However, it’s awkward to use at times, fairly short battery life is an inconvenience and it’s just not as slick as most of the phones it can connect to.

Next, read our best smartphones round-up