The SmartBand Talk has surprisingly restrictive requirements. It’s only compatible with devices running Android 4.4 KitKat and above – so make sure your smartphone fits the bill – but that’s not all. You’ll also need to download two – yes, two – individual apps: the SmartBand Talk app and the Lifelog app.

The former serves as a place to configure the SmartBand Talk, enabling you to play around with settings, including connected apps, text orientation and notifications. It serves a purpose, but could surely be integrated into the Lifelog app, which does everything else.

Once you’ve registered an email account and connected the SmartBand Talk with your phone via Bluetooth or NFC – simple enough on paper, despite our unit being particularly reluctant to work alongside the app – Lifelog will act as your home base. It’s a nicely designed piece of software that brings together all of the data collected by the wearable and presents your activities on a slick, animated timeline. 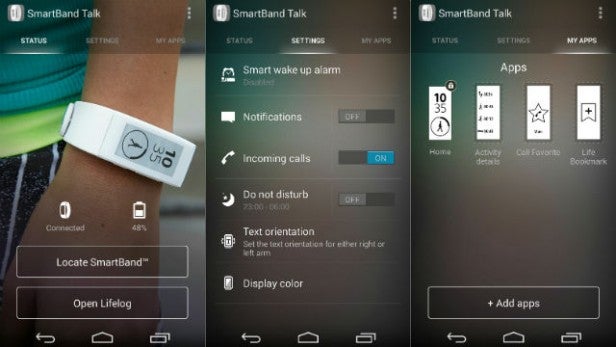 You can click on the individual boxes to access a more in-depth rundown of the data and set your own daily goals. For example, you can make it your target to burn 2500 calories over 24 hours, or see if you’re a light or deep sleeper. There’s a good deal of information on offer, but it’s presented in an easily digestible, user-friendly manner.

The app looks good, then, but its beauty is only skin deep. While the SmartBand Talk monitors a wide range of activities (steps, calories, communications, etc), it only provides basic data relating to them and doesn’t actually bring much useful analytical information to the table. Yes, I’ve spent more time on WhatsApp than I’ve done running today, but is that normal and, if not, what should I do about it?

This is really where the best trackers excel – it’s all very well collecting lots of data, but this on its own isn’t useful without some informative prompts.

The SmartBand Talk proved troublesome in use, too. As mentioned earlier, we had issues getting the SmartBand Talk to work with the Lifelog app. After connecting the wearable to our phone for the first time, things initially went smoothly, with the app successfully gathering all relevant data from the band. However, this changed after a couple of hours. The SmartBand Talk and phone were still connected via Bluetooth, but no data exchange was taking place any more.

None of the relevant IT checks – turning everything off and on again, logging out of the relevant systems, etc – seemed to remedy the problem, but deleting and re-installing the SmartBand Talk and Lifelog apps finally did the trick. It’s not an insurmountable problem, then, but it would be more annoying had this happened after several weeks of use.

Tracking accuracy isn’t terrific, either. The step count for walking seems pretty reliable – apart from when it registered not-unusually-vigorous movements in a shower cubicle as two minutes of pacing – but it struggled to identify anything other than walking speed. 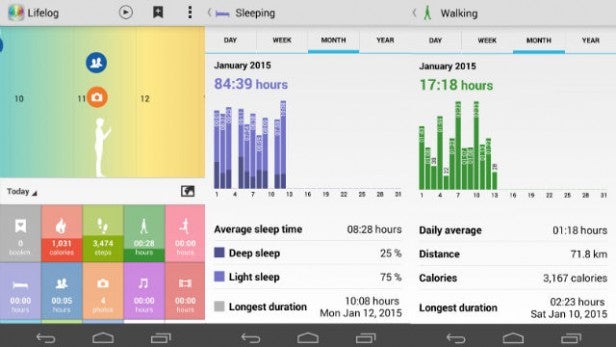 As if to make up for these losses, runs occasionally appeared out of nowhere, such as when sat on a bus, and a lack of movement over an extended period of time was sometimes wrongly classified as sleep. It’s baffling to see that the app thought I’d been dozing in the office for an hour when the SmartBand was charging at my work desk – I wasn’t, honest boss!

Some error can be attributed to the fact that this is a wrist-worn tracker without GPS, which means it uses arm movements as a basis for calculating overall activity. For example, if you tend to walk around with your hands in your pockets, you’ll likely be surprised by the SmartBand Talk’s low readings. However, the wrist-bound Nike Fuelband SE and Jawbone UP24 use the same method for monitoring movement, and do so far more accurately than the SmartBand Talk.

This cancels out the SmartBand’s standout feature – the ability to make and take phone calls. While the loudspeaker and microphone are reliable enough to support clear phone conversations, it’s more important that the core features work well. Unfortunately, they don’t. 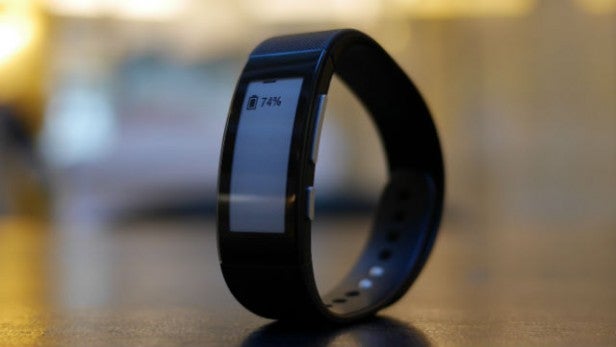 Battery life is okay. The 70mAh battery inside runs for three days – fortunately, it only takes an hour to power back up again, via the convenient Micro USB port. What’s not so convenient are the annoying phone notifications that take up space on the notifications bar, simply letting you know that the SmartBand Talk is connected and ‘Lifelogging’ is activated.

The original Sony SmartBand delivers five days of use on a single charge, but it doesn’t have a screen to sap energy.

Should I buy the Sony SmartBand Talk SWR30?

Much like the first SmartBand, this feels like a gadget that’s not quite found its true calling – it’s part fitness tracker, part diary, and some of its features are more experimental than useful.

The bookmarks feature for example, which Sony has made such a big deal over, doesn’t enhance the experience at all. Also, marking daily activities with individual voice recordings doesn’t feel natural in any way. We’d much rather see accurate tracking information and tailored health tips. 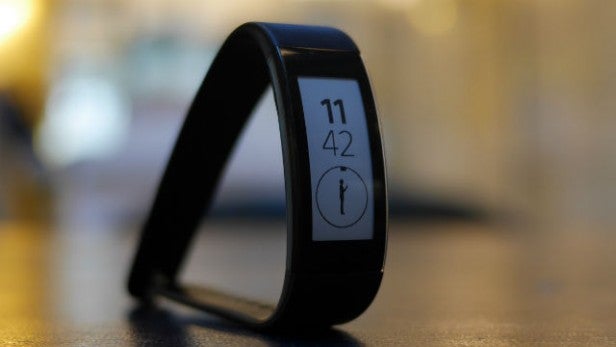 We’re reluctant to completely write off the SmartBand Talk, but it needs more work before it can be considered a serious contender.

SEE ALSO: Wearable tech to look out for in 2015 and beyond

The SmartBand Talk tries to cover too much ground, and consequently fails to deliver very much.